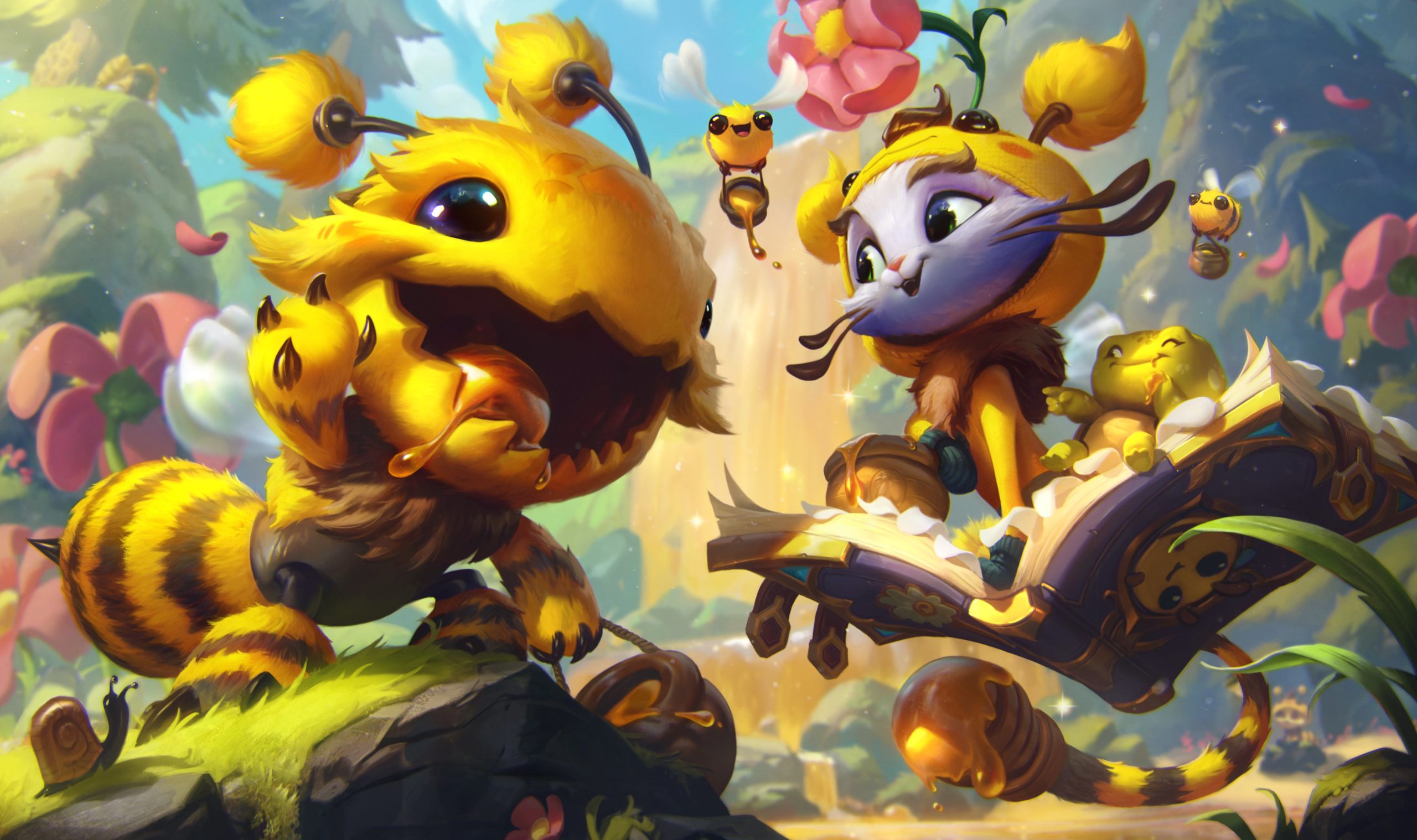 Upcoming skins for Yuumi, Malzahar, and Kog’Maw are sure to create a buzz in the League of Legends community.

Riot unveiled bee-themed cosmetics for the three champions today, draping them in bright yellows and blacks. The skins should hit the PBE soon for players to test them out.

As expected, the cosmetics bring in several themes and motifs commonly associated with flying insects. Yuumi, for example, floats on a sunflower instead of her magical book. Malzahar’s Voidling is replaced by a bee-like creature and his abilities all feature honey. Similarly, Kog’Maw’s no longer spits out gross slime. The AD carry uses honey to slow down his opponents.

The three bee-coming skins aren’t the first League cosmetics centered around the bumbling pollinators. Beemo and Beekeeper Singed pay homage to the flying insects, as well as Stinger Akali and Yellow Jacket Shen.

With the bee skins expected to hit the PBE soon, they’ll likely come to the live servers in two weeks.