The inaugural season for Activision Blizzard’s latest franchise didn’t break any records, but the viewership was typical of a Call of Duty event.

The Call of Duty League Launch Weekend, hosted by the Minnesota RØKKR from Jan. 24 to 26, peaked at over 102,000 viewers across the three-day event to kick off the new season. Typically, OpTic Gaming, one of the biggest brands in CoD history, dominates viewership charts. But this year doesn’t seem to follow suit, according to EsportsCharts.

The Chicago Huntsmen, led by former OpTic Gaming founder and CEO Hector “H3CZ” Rodriguez, was the most popular team throughout the event. As such, the peak viewership came during the rivalry match between the Chicago Huntsmen and OpTic Gaming, Seth “Scump” Abner and Matthew “FormaL” Piper’s former team. This match peaked at 102,891 viewers, by far the highest viewership total of the Launch Weekend. 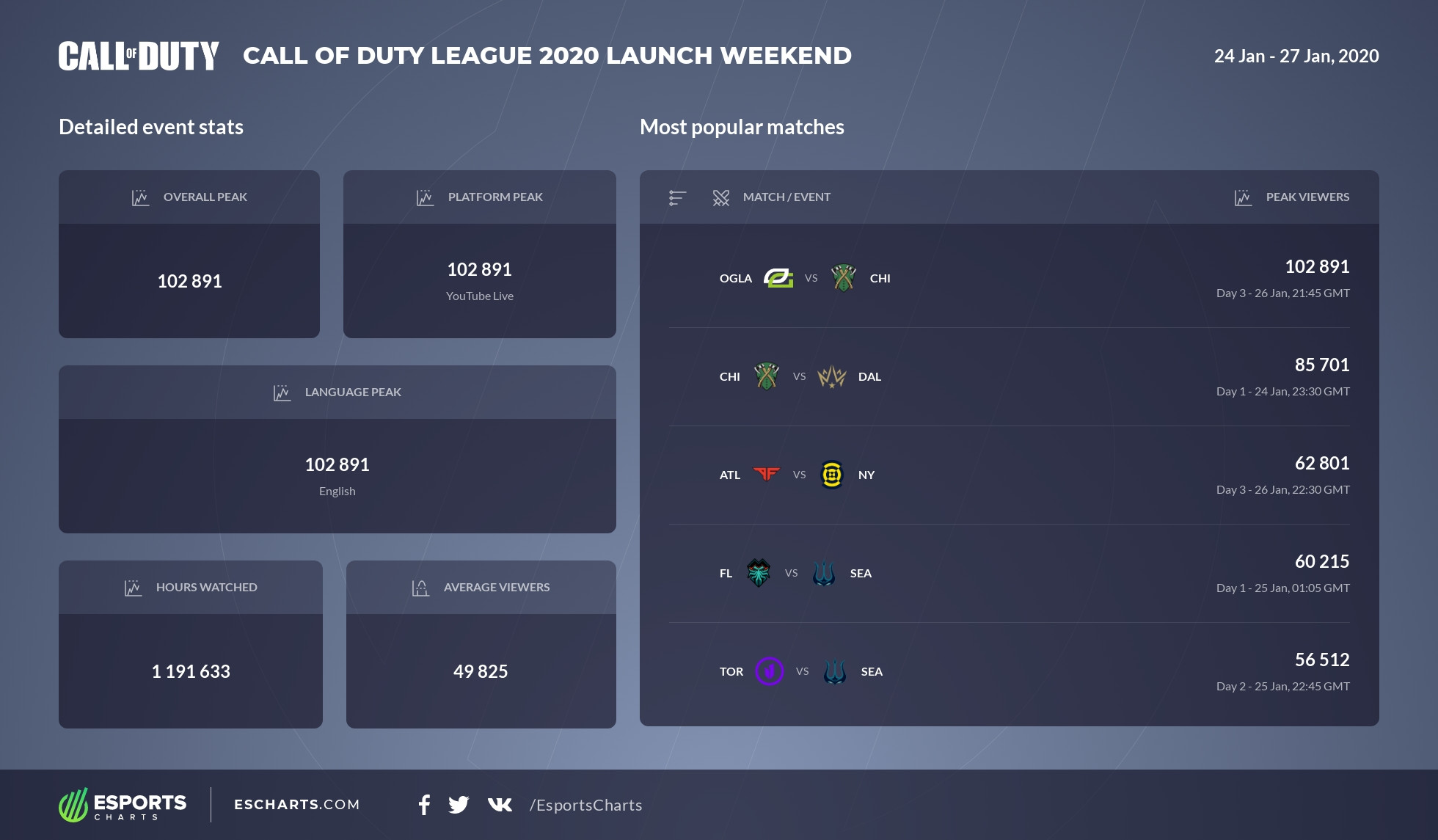 Since the Chicago Huntsmen and the Dallas Empire are considered to be two of the best teams in the game, the grudge match certainly brought in high viewership. This match peaked at 85,701 viewers on Jan. 24 and was the first match of the CoD: Modern Warfare season.