Throughout Pinnacle Cup IV, the latest in the esports bookmaker’s line of events, CS Money will promote its branding and provide offers to the community. The trading site has also been named the event’s skins marketplace sponsor. 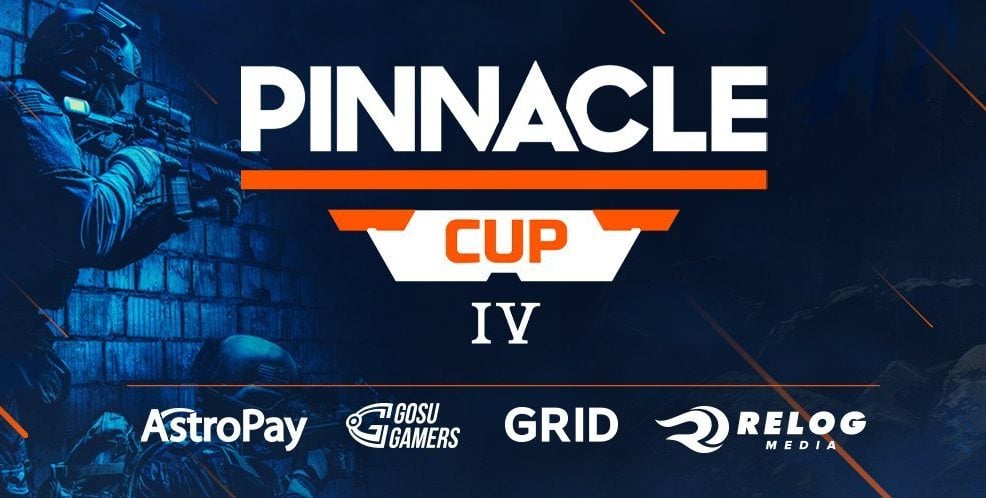 Alongside CS Money, Pinnacle has announced that data platform GRID, media platform GosuGamers and payment solutions firm AstroPay will be partners for the event.

Tournament organiser Relog Media has once again teamed up with Pinnacle to run production for the tournament.

The Pinnacle Cup IV is expected to commence on April 25th with a Group and Swiss stage. Following these stages, the competition will take a break for the PGL Antwerp Major. The tournament will then resume, with playoffs on May 25th.

Similarly to its previous editions, The Pinnacle Cup IV will feature a $100,000 prize pool awarded to the first and second-place finishers (split $80,000/$20,000). In total, 16 teams have been invited to the group stage, with only four advancing to the next round. As such, 12 more teams will be directly invited to the Swiss stage.

Eight teams will then advance to the playoffs, with four invited teams added to the equation in the second round of quarter-finals.

As of right now, no teams from the Swiss stage or playoffs have been revealed. Nevertheless, the group stage participants include the likes of Isurus, MAD Lions, Case Esports, Finest, Tricked and KOVA among others.

Esports Insider says: The Pinnacle Cup continues to garner more attention with every addition, as highlighted by CS Money becoming the latest brand to sponsor the competition. Having the competition between PGL Antwerp is certainly intriguing as it’ll be interesting to see if more, or less, fans tune into the tournament after the conclusion of the Major, one of CS:GO’s premier events.