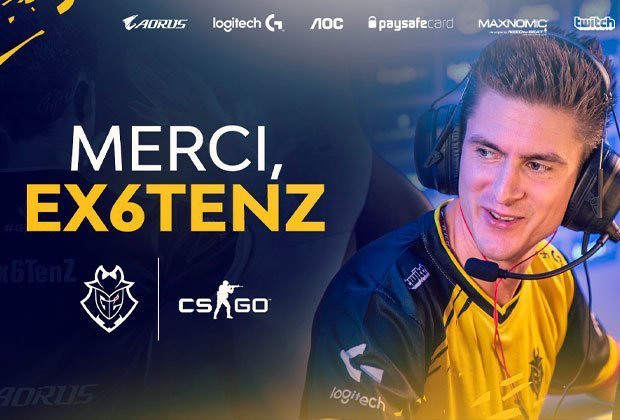 “Today we say farewell to @Ex6TenZZZ and wish him the best of luck on his new adventures,” G2 tweeted. “Thank you for all your hard work, from everyone at the #G2ARMY!

It ends Ex6Tenz’s second stint with G2, a team he originally joined for two months in 2016.

He returned last June, but the team made the playoffs in just one international event during his second stint, according to HLTV.org records, and Ex6TenZ announced late last year that he was open to joining a new international team.