As part of the deal, LeagueSpot’s platform will include white-label branding, player privacy and data security features. 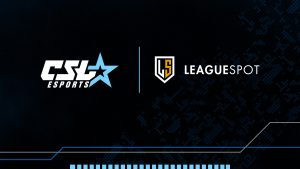 Moreover, LeagueSpot will offer an in-platform chat that creates an all-in-one place to showcase brands in the world of competitive esports.

Andrew Barnett, CEO of LeagueSpot, commented: “The LeagueSpot team is humbled that NACE Starleague trusts LeagueSpot to power its programme moving forward. We’re excited to support a best-in-class experience for every participating school.”

The NACE Starleague was formed earlier this year as a collaboration between CSL Esports, the National Association of Collegiate Esports (NACE) and Nerd Street.

The incorporation of LeagueSpot’s platform comes as NACE Starleague celebrates its fall season that saw more than 700 varsity teams and nearly 10,000 total players competing across more than 5,000 matches.

Rob Johnson, CEO of CSL Esports, added: “It’s of paramount importance that as NACE Starleague continues to grow that we provide top-tier resources that support our portfolio of member schools and teams. The offerings that LeagueSpot brings to the table will help further our continued mission of building sustainable programmes across the collegiate esports landscape.”

Esports Insider says: Collegiate esports leagues and tournaments have been on the rise in the USA lately. CSL Esports and NACE recognised this opportunity and have created one of the biggest collegiate leagues in the region. By adding LeagueSpot to its roster of partners, CSL Esports shows its dedication to offering an all-around esports experience.