All the highlights from our first day of Groups at the Singapore Major!

The end of yesterday’s Wild Card series brought us a tiebreaker, and three fresh seeds to the Group Stage of the Major.

If you missed out on any of the thrills and spills, catch up with our Day 2 recaps for Stream A and B.

But with Day 3 upon us, the tournament has well and truly begun. We saw some truly exceptional games today across the whole of the Group Stage, with plenty of unexpected twists and turns in the standings by days end.

For now, let’s see how things panned out for our teams over on Stream C.

The game started out passive. Both teams managed to snag themselves some of the starting bounty runes. Quinn “Quinn” Callahan stacked up on the tangos before heading down mid. A move that gave him some staying power in his match up against Zeng “Ori” Jiaoyang’s QoP.

First blood was finally spilled as the game hit 5-minutes, with Xiong “Pyw” Jiahan’s Shadow Fiend taking the honor. But while Vici had been finding some early pick offs, Quincy had been zoning the map. As the game moved into its mid phase, the dynamic began to shift dramatically.

Despite playing their first game of the event with a stand in, Quincy Crew looked ready to roll through our first game of the Bo2 series. The next 18-minutes saw Quincy snowball to a 27k net worth lead as they claimed kill after kill. Vici called GG at 28-minutes, with a measly 9-kills to Quincy’s 24.

Rather than being demoralized by their Game 1 defeat. Vici Gaming came into the second map with a vengeance. Drafting a strong line-up with plenty of mobility in the form of Yang “Erica” Shaohan’s Weaver.

Quincy’s Naga Siren pick for Yawar “Yawar” Hassan didn’t provide the lockdown needed to keep Vici’s cores under control. And Avery “LoA” Silverman had a much harder time on his Death Prophet in Game 2.

After two team-wipes and 43-minutes, Vici secured themselves a win, ending our first series of the day in a draw.

Liquid’s match up with LGD on Stream C came hot off the heels of a thorough stomping by Thunder Predator in the first series of the day on Stream B.

It would be fair to imagine the defeat had Liquid shaken. But they looked far more comfortable against the Chinese giants in Game 1 of this series.

We saw Michael “mICKe” Vu’s Io for a second time, and it was just as savage as yesterday. (He had his Ag’s Scepter by 14-minutes.) But the Storm Spirit pick for Maximilian “qojqva” Bröcker in mid also proved to be a thorn in LGD’s side. Cheng “NothingToSay” Jin Xiang’s Mars was thoroughly shutdown. Wang “Ame” Chunyu also looked somewhat out of place on Clinkz. But with Alchemist, Morphling and Anti-Mage banned out during the draft, his options were quite limited.

As the game neared the 20-minute mark, the advantage was firmly on the Dire/Liquid side. The 32-minute stomp ended with Liquid seizing the win with a 27-kill lead over LGD.

Game 2 saw LGD fall back on a comfortable Troll Warrior pick for Ame, and they banned Wisp during the draft, setting themselves up for a much easier ride than Game 1 had provided them. They still struggled to take mid from mICKe’s Puck during the laning phase, but by the time the game reached it’s mid they were well and truly on top. Liquid never managed to seize back the lead in gold or experience.

LGD turned the tables on this series, bringing us another draw as they shut down Liquid just before 42-minutes, with 33-kills on the board and a 37k net worth lead.

OB.Neon came into their series against Vici Gaming with a lot of aggression. Erin “Yopaj” Jasper Ferrer had a fantastic run during the lanes on Puck in mid. Team captain Andrei “Skem” Ong was also getting plenty of work done with Weaver during the early phase. In fact, he only fell once the entire game, to a very clutch play by Pyw’s Earthshaker.

But as the game pushed past the 20-minute mark, Vici’s draft came online. Ori’s Void Spirit managed to get his Aghanim’s. Then he was packing a lot of extra punch with the Enchanted Quiver in his stash at the 30-minute mark.

Despite a promising start, Game 1 went the way of Vici, with Neon bowing out at 41-minutes.

Game 2 saw an even higher level of aggression in the opening phases, with Neon putting away 5-kills before the 4-minute mark. Vici’s entire bottom lane was a disaster. Neon had banned at almost all of Ren “old eLeVeN” Yangwei’s usual roster of heroes. His Necrophos pick had raised a lot of eyebrows in the draft, and it still wasn’t looking like the best decision during the lanes.

In fact, Neon looked like they had the game in the bag right up until 32-minutes when Ori managed to snipe a kill on Yopaj that flipped the script. With the gold lead under their belt, Vici made their move for the ancient. Eventually securing themselves the 2-0 victory at 38-minutes.

Thunder Predator absolutely smashed every single one of their series today. And their head-to-head against Quincy on Stream C was no exception.

This series gave us some truly thrilling back and forth Dota. As both QC and TP vied for control of the gold and the map.

Quincy Crew’s draft showed a lot of promise. Rodrigo “Lelis” Santos looked solid on Bristleback. An Enigma pick for LoA gave them plenty of opportunity for lockdown in team fights, and alongside Yawar’s Razor, they did manage to effectively zone out TP in the bottom lane.

But a good-looking draft is never enough to take down a game of Dota. And Quincy had Leonardo “Leostyle-” Sifuentes on Morphling to try and contend with. And try they did. But there was just no holding the assault from Leostyle- back. The last 10-minutes of play saw QC subjected to an absolute bloodbath. His Morph went 15/2/6 over Game 1.

Thunder Predator had their win in the bag before the clock hit 35-minutes.

Game 2 followed a similar pattern. Despite a noble effort in the mid game, Quincy Crew could not keep up with the pace that TP were setting. In 42-minutes, Thunder Predator had their third 2-0 series of the day. Putting them in fine form for their final set against Aster.

Our final series for the day saw LGD face Neon. LGD were yet to take a series, drawing in both their earlier games against both Liquid and Aster.

As the lanes opened on our first map, it was clear they were hungry for the win. They held the advantage across the board in Game 1, easily bringing it to a close at 33-minutes with a 10-kill lead. Zhao “XinQ” Zixing’s Dark Willow provided a lot of interesting initiations once they grabbed their Blink Dagger, and Ame’s Troll Warlord is always a force to be reckoned with once he is farmed.

Neon chose to flex pick Troll for Skem in Game 2. A decision which initially looked favourable, especially backed up by Jaunuel “Jaunuel” Arcilla on Elder Titan and Prieme Ejay “PlayHard” Maque on a Shadow Shaman.

But LGD’s draft was a wrecking crew. Ame on Juggernaut gave them a nice counter to Troll, and Zhang “Faith_bian” Ruida on Death Prophet brought plenty of building damage to melt all of LGD’s objectives. Plus XinQ’s Winter Wyvern caused more than its fair share of havoc for Neon too.

While the boys from SEA managed to seize a small lead at the end of lanes, and during the mid, they never managed to scrape enough back from LGD to really turn things around. After holding out for 40-minutes, their ancient fell.

LGD took the series 2-0 to put them at second place in the standings. A position which is looking pretty crowded, considering they’re sharing it with Quincy, Aster, Liquid and Vici currently.

Be sure to tune in tomorrow on Twitch to see the conclusion of our Group Stage and the final seeding for the Playoffs at Singapore! With spring and Easter upon us, Epic Games is rolling out a brand new event The group stages have started and shaped up the progress of the very tournament well. 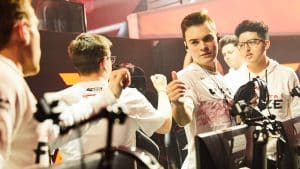 Here’s our updated Power Rankings for the 2021 CDL Season. Stage 2 Week 2 of 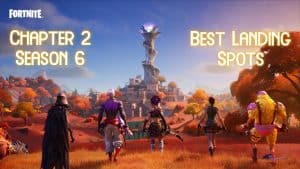 We take a look at some of the most valuable locations in Season 6. Fortnite 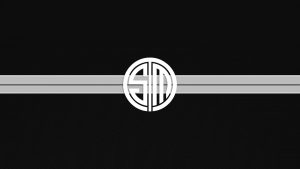