Tournament organiser ESL has unveiled BIG, Furia and Heroic as the latest partner teams for the ESL Pro League.

According to the release, the three teams applied for a spot in the ‘Louvre Agreement’ individually, with the bids totalling almost $20m (~£14.5m). 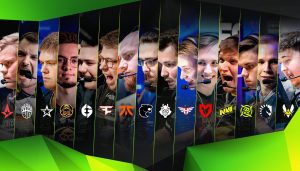 In March this year, ESL announced the launch of its ‘Request for Proposals’ process for esports organisations looking to become a member team.

Alex Inglot, Commissioner of ESL Pro League, spoke on the announcement: “When we started this process back in March, we were inundated with expressions of interest from over 40 ventures in CS:GO, esports more generally and even those currently not operating in the space. This marked an encouraging start and we have now come to the end of our journey with the 12 existing members overwhelmingly appreciating the rigour and objectivity of the process, as well as the calibre of the three teams that have been approved: BIG, Furia and Heroic.”

The partnership takes effect immediately for all teams except Heroic, whose start as a partner team is planned for the second half of 2022 due to the disruption caused by the recent ESIC investigation.

Heroic CEO, Joachim Haraldsen, commented: “Joining the Louvre Agreement is an incredible step forward for Heroic. We are really pleased about the members’ confidence in our organization’s value contribution, especially after such a turbulent year. We truly believe that the integrity, professionalism, and collaborative nature of the Louvre Agreement, combined with our internal changes and commitment to growth, marks the start of a new and prosperous era for Heroic.

“We’re very proud to be undergoing this metamorphosis alongside such outstanding teams and eager to take an active role in further amplifying EPL. I am beyond excited about where Heroic is heading and confident that we will bring a substantial impact to this unique collaboration.”

The tournament organiser has also cited that the announcement will be a significant boost to the longevity of the ESL Pro League and the sustainability of competitive CS:GO. Moreover, the release details Furia’s plans to focus its staff, resources and energy on representing South America, as well as supporting the North American region. Moreover, the esports organisation plans to relocate its CS:GO roster to Florida.

Jaime Pádua, Founder and Co-CEO of FURIA, said: “Furia is incredibly excited to confirm that we will be joining the Louvre Agreement of the ESL Pro League as a Partner Team. We’re proud to represent South America in the Pro League and committed to becoming a core force in the North American CS:GO scene as well.

“We strongly believe in what the Louvre Agreement represents, and we are, therefore confident that our contribution to the Pro-League universe will be felt by all the fellow members. I’m also sure that our fan base and our partners will be delighted with the news. It is great stuff to us and to the South America Esports scene. I am grateful to all those who worked to make this deal possible.”

Esports Insider says: Given the prominence of all of the ESL Pro League’s partner teams, the chosen three seem like a fitting addition to the league. At first, ESL was looking only for one member team as a replacement for 100Thieves, but it looks like the investments that the candidate teams were willing to make convinced ESL to expand its agreement and accept more than one squad.