Esports And Gaming Docuseries GameBreakers Debuts On Amazon On January 31 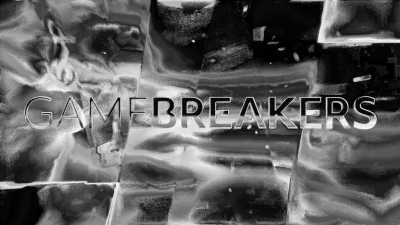 On January 31, an exciting new series is releasing for gaming enthusiasts on Amazon Prime Video. Dubbed GameBreakers, this docuseries is produced by Network Productions Inc. and presented by Capre Diem Media Corporation. The show first debuted on the Game+ network on January 10, but is going big-time with the Amazon release at the end of the month. It will profile professional gamers of all sorts. The docuseries touches on streamers, personalities and esports professionals, along with their lives and journeys. GameBreakers “strives to tell the real-life stories behind the personas by going in-depth, online, and on location” with each subject.

Season One will feature six episodes altogether. In these episodes, GameBreakers will give viewers “unprecedented access” to these people’s lives and their experiences in the spotlight of the gaming world. These episodes hit on a diverse cast and go deep into their varied personal journies. Those featured are Abbe “DieHardBirdie” Borg, Autumn Rhodes, Gary “Gizzy Gazza” Merritt, Alicia “AliciaXLife” Junus, Jaden “Wolfiez” Ashman and Ray “Mr. Moss” Milian and LeMont “Clutch” Joyner. For more details on them, head on over to the official GameBreaker’s website.

Working with the production of Network Productions Inc. and Carpe Diem Media Corporation is the Canada Media Fund, Game+ and Rumble Gaming. In particular, esports talent agency and media company Rumble Gaming played an important role in providing some of the cast. Because of this, President of Rumble Gaming Evan Kubes shared his excitement for the show:

“Gaming popularity is at an all-time high, as is the popularity of the industry’s personalities. With GameBreakers, we wanted to share an intimate, deeply personal perspective on what it takes to ascend to the top of our industry, as well as the trials and tribulations that competitors and creators experience. This also provided us with a unique opportunity to showcase the diversity and breadth of Rumble’s top talent.”

Along with this, Executive Producer and President of Network Productions Frank Bertolas commented on the importance of this first season and what’s to come:

“It is with great pride that we share these powerful stories of achievement by this talented cross-section of individuals from diverse geographies, backgrounds, genders and ages. GameBreakers is our third significant media release in the gaming and streaming genre, and we are already in pre-production for a Season Two with a new slate of high profile subjects.”

The spotlight comes with struggles of its own. But it, of course, has its incredible highs. Especially when considering the amount of work these individuals put into their careers. Gaming enthusiasts everywhere with Amazon Prime should mark their calendars for the release date of January 31. With such interesting personalities and stories, this is something you won’t want to miss!