With the help of Jackson, FaZe Clan aims to strengthen its legal team and use Jackson’s expertise to support the company’s growth. 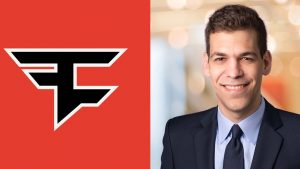 “While it was a difficult decision to leave GG, I am excited to be on the ground floor of the industry at one of the most prominent gaming, esports and culture companies in the world. I am looking forward to helping FaZe continue to grow and transform gaming and entertainment.”

Jackson will also continue working as an Advisory Board Member for esports talent agency Rumble Gaming.

Earlier this year, FaZe Clan also announced the hiring of Kai Henry as its Chief Strategy Officer, as a result, he will oversee all of the organisation’s creative strategy. FaZe Clan also recently partnered with pizza brand Totino’s to promote the launch of its Pizza Rolls Minis product range.