For TSM, Worlds 2020 is a chance at international redemption

Everything’s been leading up to this moment. 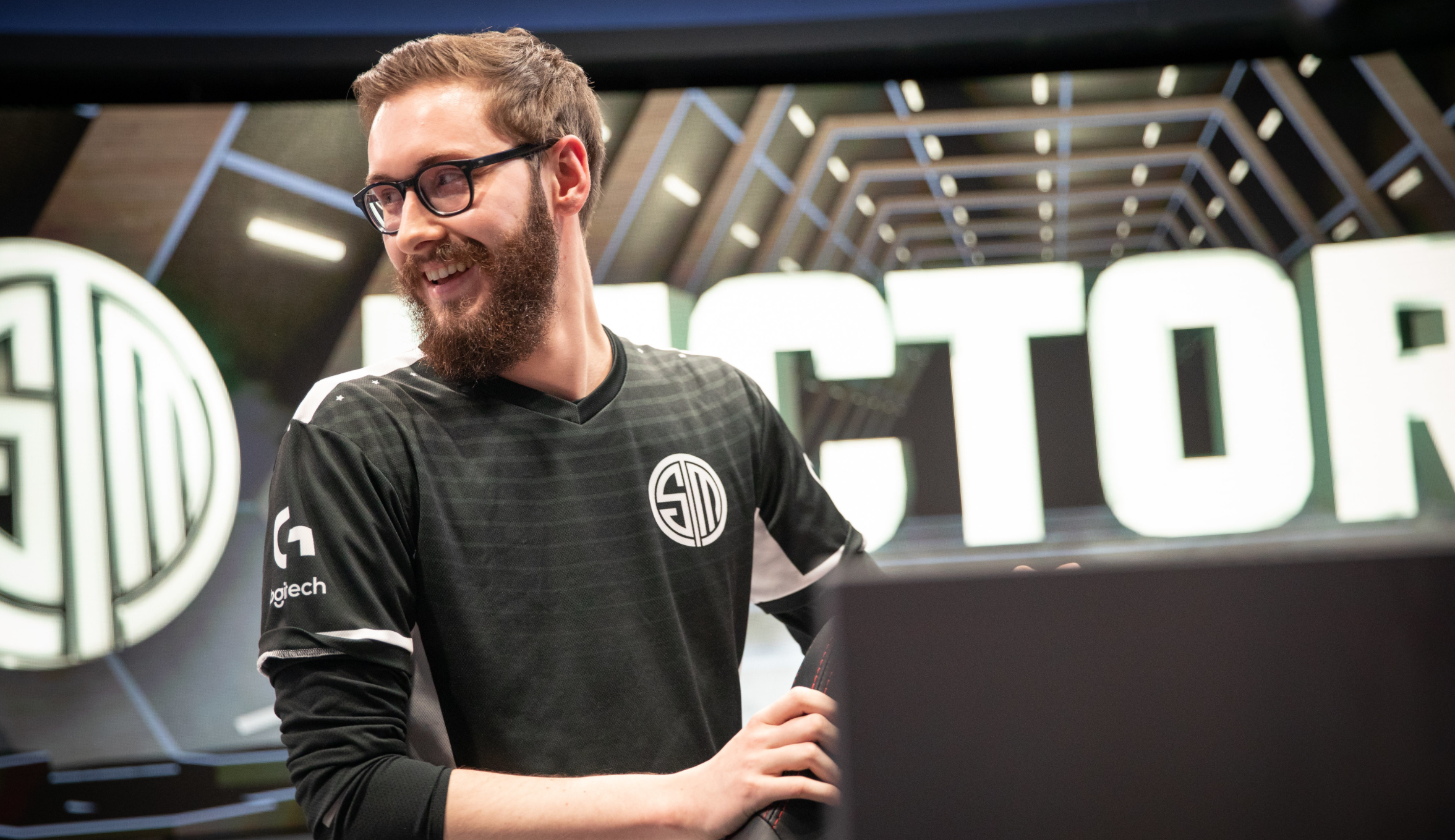 For the first time since 2017, TSM are headed to the League of Legends World Championship.

The past three seasons have been filled with question marks, roster moves, and countless doubts. But at the end of a three-year drought, the newly crowned North American champions—with years of endless domestic turmoil behind them—are finally headed back to the international stage.

And while much has changed since the last time TSM played a game on the international level, the formula that the organization used to reach the World Championship bears a striking resemblance to the one it used three years ago.

The bottom lane duo of Doublelift and Biofrost twisted itself throughout the league, separating on occasion, but they eventually found their way back where the original connection had sparked. In addition, the franchise’s longtime superstar Bjergsen never left TSM between the team’s last Worlds appearance and now. The team even brought former head coach Parth Naidu back into the fold—he reclaimed his longtime position with the organization this past Summer Split.

TSM have recently had the professional scene in the palm of their hands. They’re riding a streak that saw the team eke out five victories in best-of-five series across the course of the LCS playoffs. After playing 25 games down the stretch of the LCS Summer Split playoffs, TSM are most definitely practiced and prepared for what could possibly await them at Worlds 2020.

Reflecting on the past 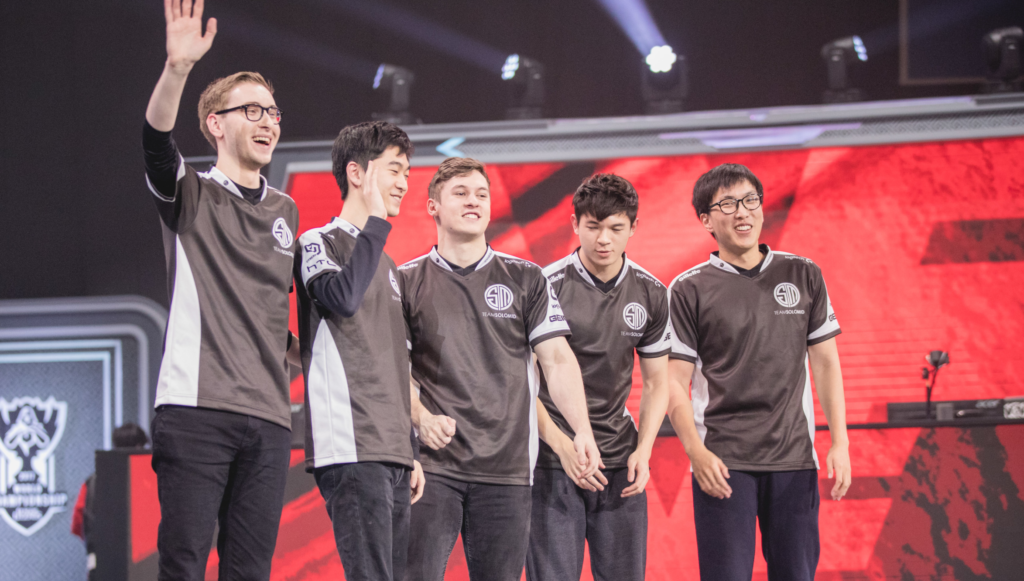 In the end, however, the team needed to labor their way to a tiebreaker scenario where they ultimately faced off with Misfits, the third seed from Europe who came into the World Championship playing with house money. The expectations, and seemingly all of the weight, was on TSM’s shoulders. Ultimately, Misfits ousted TSM in a 30-minute stomp. From there, TSM were ushered out of the supposed “Group of Life” with a 3-4 record. The organization left another World Championship early, watching the quarterfinals on the plane home.

During that tournament, TSM’s veterans couldn’t get the job done—Doublelift and Bjergsen both ranked near the bottom of their positional leaderboards in almost every statistical category. The team as a whole struggled, despite their three wins and near-advancement into the tournament’s next stage. Even as they teetered on the brink of elimination, with that one-game playoff against Misfits in full focus, the viewpoint surrounding TSM was one that mainly pointed out the fact that the team devolved into a lesser version of itself.

Doublelift, in particular, had an incredibly underwhelming performance. He ranked in the bottom three of all qualified bottom laners at Worlds 2017 when it came to KDA, CS per minute, gold per minute, damage per minute, kill participation, and damage percentage, according to gol.gg. In all six major facets of the game, Doublelift underperformed at that tournament. But now, with far more experience thanks to two trips to Worlds with Team Liquid (as well as an MSI Finals appearance), Doublelift has grown immensely since his last time on the international stage in a TSM uniform. If the team is going to perform well this time around, they’re going to need Doublelift to succeed.

Beyond Doublelift’s full-circle return to the roster, TSM has undergone a complete makeover since Worlds 2017—sort of. Hauntzer and Svenskeren have moved elsewhere across the North American landscape after being replaced by prospects in TSM’s effort to get younger on almost every front. Since the end of the 2017 World Championship, the organization has seen 11 total players swing through the revolving door that is TSM’s starting lineup.

If there’s been any sort of solidarity on the TSM roster since the start of the 2019 season, it’s found in the team’s solo lanes. Only Bjergsen and Broken Blade haven’t been in a position of uncertainty at any point over the course of the last two years.

Looking ahead to the future 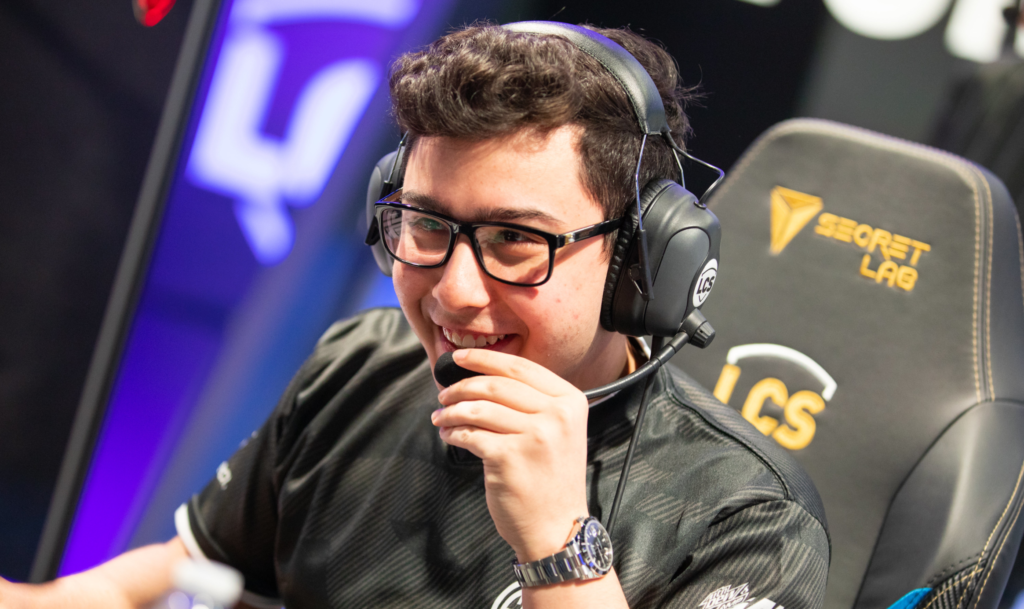 But now, three-fifths of the TSM roster that carried the organization to a World Championship appearance three years ago will have the chance to prove themselves once again. Players like Biofrost and Broken Blade, who were rookies and virtual unknowns in 2017, respectively, are considered stalwart veterans now. On the other side of that coin, players like Bjergsen and Doublelift, who were stalwart veterans then, are practically ancient seers now.

And perhaps it’s appropriate that the franchise will walk into Worlds as LCS champions for the first time since 2017 with a roster that closely resembles the one that accomplished that feat three years ago. If there’s been one consistent theme across the years of inconsistency since TSM’s last Worlds appearance, it’s that the organization has banked on the prospect of going all the way to achieve international success. In true boom or bust fashion, it took TSM a minor miracle to get to the position they’re in. But at least now, with control of their own destiny as a first North American seed at Worlds, there will be a significant amount of leverage on their side heading into the tournament. Even as the team stares down international titans like Gen.G and Fnatic in Group C, a glimmer of hope still sparkles for TSM as Worlds approaches.

Three years removed, the stars are aligning for TSM once again—and the similarities to 2017 are way too present to simply ignore. With the band back together and an LCS title in tow, TSM have the chance to waltz into Shanghai as the pride of NA and walk out with more fame than ever before.

Heading into the World Championship, the major theme on the mind of every TSM fan should be redemption. A majority of the roster that carried TSM to unimaginable domestic heights three years ago has done so again in 2020. In both scenarios, the organization was poised to capture international glory. In one of those scenarios, TSM’s fate is already set in stone. In the other, there’s still room to write a script that changes the widespread worldview on TSM completely.

For years, TSM has been building up to this moment. The franchise has invested everything in a miracle run to the World Championship this year. All of the midseason roster moves, late-season collapses, near-misses, and disappointing results have culminated in a TSM championship. Everything comes to a head in 2020. With as long and arduous of a climb as it’s taken TSM to get back to the World Championship, the payoff needs to be astronomical.

A chance for redemption 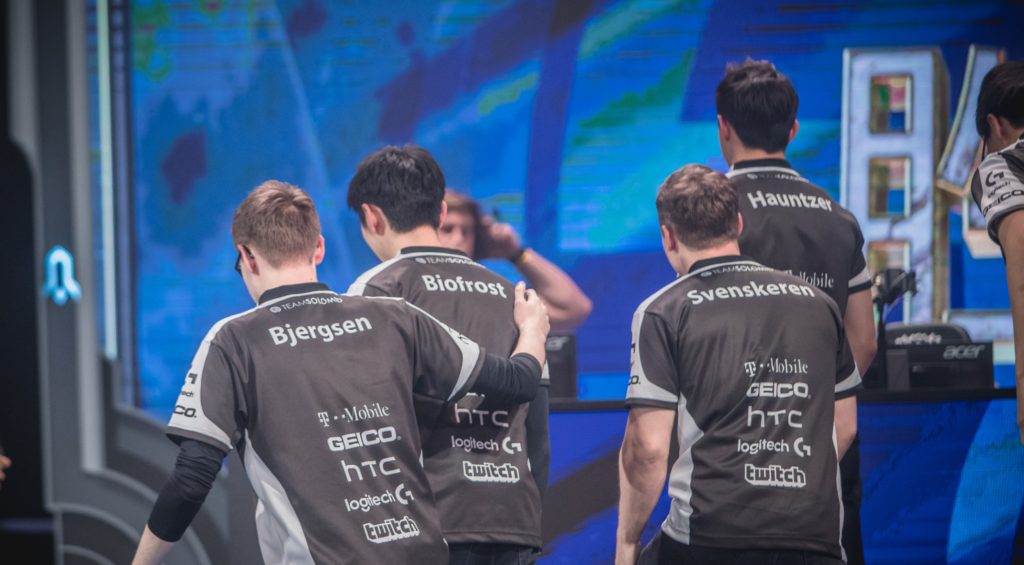 Although the team has been to Worlds five times in the past seven years, they’ve only made it out of the group stage once, in 2014. In the lens of League history, that feels like eons ago—and with the modern age of professional League coming into full swing, TSM will have to do some serious damage at Worlds to catch up with a narrative that’s quickly leaving them behind. Luckily, though, TSM is already one of the most historic teams in North American history. If they’re able to attend Worlds as LCS champions, make it out of the group stage, and propel NA to heights the region has never seen before, TSM will surely cement itself as a titanic organization among the pantheon of modern League.

Perhaps the most lenient part, though, is that they don’t even need to win the tournament to be considered a North American success—that’s how low the bar is for the region on the international stage. Cloud9’s semifinal appearance two years ago is still considered a fluke. Liquid’s 2019 MSI Finals appearance? An outlier. As long as TSM can erase the years of negativity surrounding the organization—and their home region—at international events, the narrative will be adjusted. Perhaps an impressive performance from NA’s champions can mend the worldview surrounding TSM and their consistent disappointments on the international level.

Three years ago, when TSM faltered at the hands of Misfits, the organization saw its lowest point in history. Now, with a redemption tour primed and a chance to rewrite history on the table, TSM can fully leave the bad memories of former World Championships in the rear-view mirror.

It’s been 1,081 days since that fateful October day when the TSM juggernaut came crashing down upon itself—1,081 days of rebuilding, soul-searching, and reinventing, only for the organization to end up right back where it started. And although the greater landscapes of the organization, its roster, and the professional League scene as a whole have changed mightily within that time frame, a nearly identical lineup has marched itself back to the promised land. This time, there’s unfinished business.