There have been no shortage of Fortnite bundles in the past. Whether it be a specific region or console bundles, Fortnite hasn’t been shy about spreading the wealth around. We’ve seen ultra-rare bundles that sell for hundreds of dollars on the open market and bundles that only skin collectors desire. However, the most recently announced Fortnite bundle falls somewhere in-between. According to Korean Fortnite news, there is a new Nintendo Switch bundle coming to Fortnite during December. Although, this bundle is only available in one particular region, making it not so easy to obtain.

Popular Fortnite leaker @ShiinaBR on Twitter showcased a brand new Nintendo Switch bundle. This bundle will release on December 17 but seemingly only in Korea. It is called the “Double Helix Bundle.”

A post on the korean Fortnite blog has been posted stating that the Double Helix Bundle will be available from December 17 to January 31 when you buy a Switch!

This is a Korea-Only offer, but it means that codes may be much cheaper in online shops worldwide! 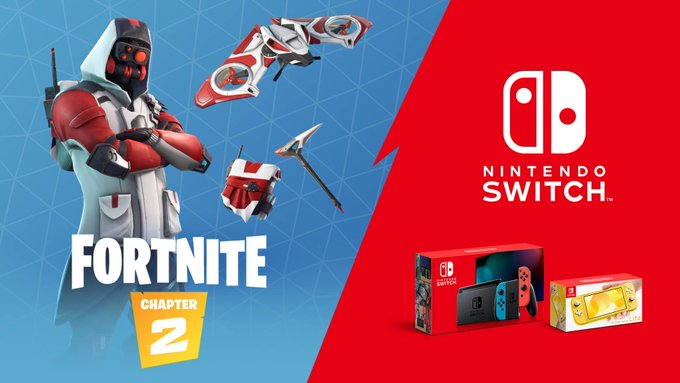 Like with most other console bundles, you can only obtain the contents if you buy that particular console. It appears from this promotional image that you can either buy a regular Nintendo Switch or a Nintendo Switch Lite.

The contents of the bundle appear to match that of the Switch’s color scheme, as most console bundles do. It comes with the Double Helix skin as well as a parachute, back bling for the Double Helix, and a pickaxe.

What do you think about this bundle? Let us know, and keep up with Daily Esports for all Fortnite coverage.