How to watch the TFT Fates Championship – Daily Esports

After months of competition, the climax has finally arrived as 24 of the best Teamfight Tactics players in the world will be duking it out for a shot at a $250,000 prize pool and the crown of best TFT player in the world. The TFT Fates Championship is the second ever world championship for TFT and it is happening April 7-9. Here is a quick guide on how and where to watch the action.

Day one of the event will see all 24 qualifiers play five rounds of swiss. This means as the day goes on, players will be put into lobbies based on their current performance. Initial lobbies will be seeded based on regional finals performance. After five rounds the field will be cut from 24 to 16

Day two will follow the same suit as day one. Five rounds of swiss play with players being matched against each other based on their performance throughout the day. Initial lobbies for day two will be seeded based on day one performance. At the end of the five rounds, the field will shrink from 16 to the final eight.

Day three is the final day of the event. Instead of playing five rounds with the most points winning, players in day three will race to accumulate points. After a player reaches the 18 point threshold, the next game they win will end the tournament and will crown them TFT Fates Champion. A game can only end with a player reaching that point threshold and then winning a game after.

What time does it start 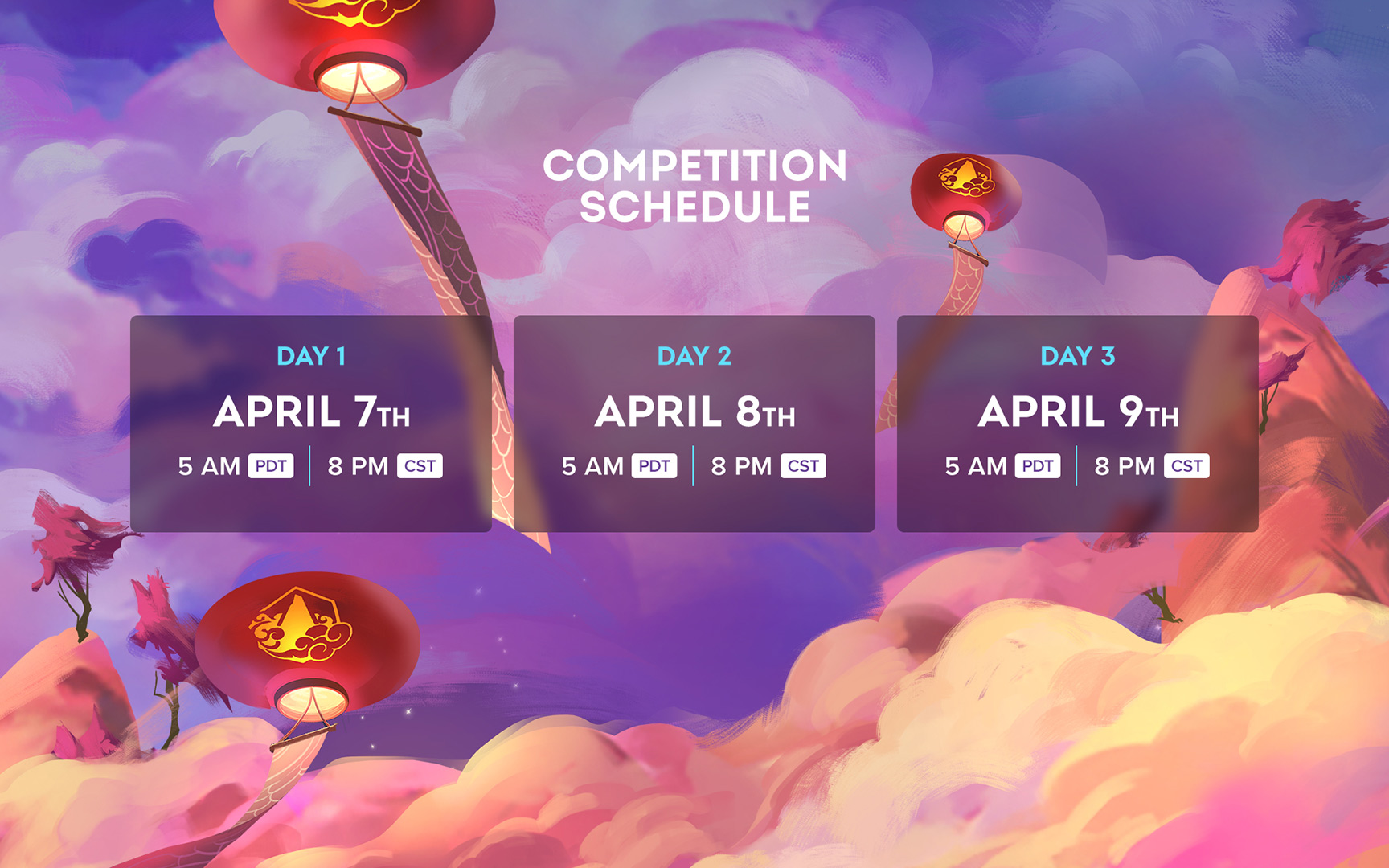 Who is playing and where to watch 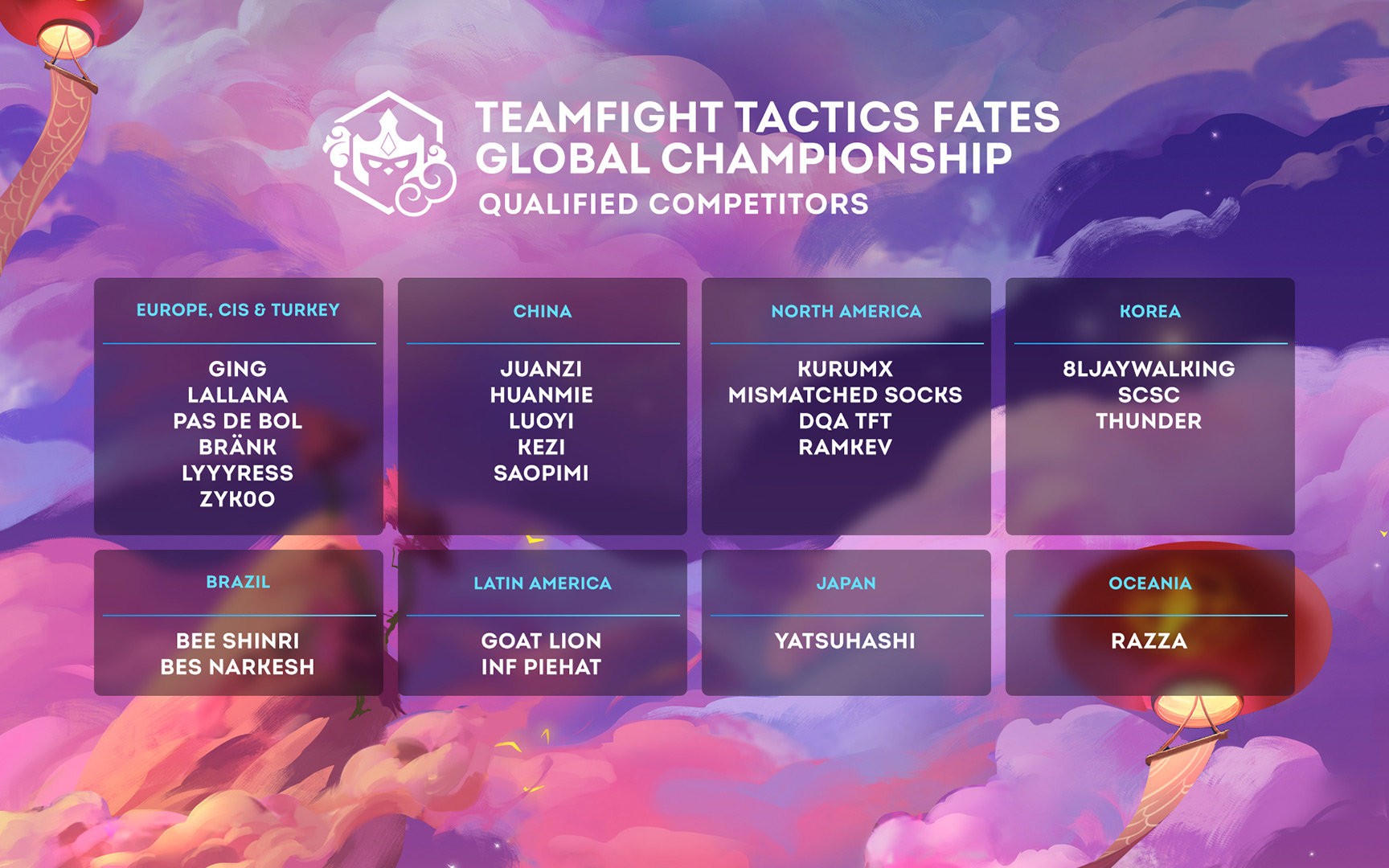 To catch the action, tune into Twitch.tv and Youtube.com where Riot Games will be hosting the event live on their channels with commentary from popular figures in the community like Dan “Frodan” Chou and Erik “DoA” Lonnquist. Non-english broadcasts will also be available as well. The players will also be streaming their perspectives live as well due to TFT not having a spectator mode currently. Here is a list of players competing and their channel links.