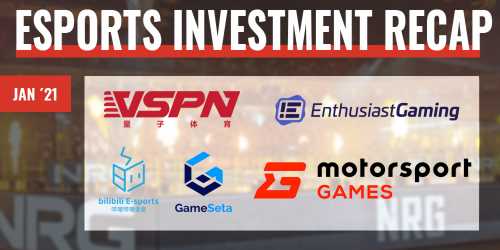 During the first month of the new year, The Esports Observer tracked 12 investments raised by esports-relevant companies. Disclosed investments amounted to $198M USD.

Financial terms were not disclosed for all deals highlighted in this article. Furthermore, VSPN completed its acquisition of Chinese esports solutions provider Banana Gaming & Media, which will retain its current operations and remain an independent subsidiary of VSPN. The company’s founder Sicong Wang will serve as the vice-chairman of VSPN’s strategy committee.

Racing game developer, publisher, and esports ecosystem provider Motorsport Games went public on the Nasdaq Global Select Market on Jan. 13. The company raised gross proceeds of approximately $69M, selling 3M of its Class A common stock in its initial public offering (IPO) at a per-share price of $20. The underwriters of the IPO were Canaccord Genuity and The Benchmark Company.

Motorsport Games intends to use the IPO net proceeds for “working capital and general corporate purposes, including product development, such as for mobile products and additional racing series, the buildout of APEX, our go-to destination for the virtual racing community, the development of our proprietary racing-focused gaming engine, which we refer to as the ‘MSG Engine,’ sales and marketing activities, capital expenditures, the possible repayment of certain outstanding debt and strategic acquisitions and investments.”

Bilibili Esports, a Shanghai-headquartered esports organization which is majority-owned by the eponymous Chinese live streaming platform Bilibili and its leadership around Bilibili CEO Chen Rui, raised a ¥180M RMB ($27.85M) seed financing round led by the Zhejiang Chuangxiang Cultural Fund. Further investors that participated in the investment round include investment fund Tianfu Culture Investment and media company Chengdu B-Ray Media.

U.S. esports platform builder PlayVS acquired high school esports teams infrastructure provider GameSeta to accelerate its growth phase and support its expansion into the Canadian market. As part of the acquisition, Tawanda Masawi and Rana Taj, who founded the Vancouver-based startup GameSeta in 2019, will join PlayVS and lead its Canadian operations. Alongside its geographic expansion, PlayVS revealed that it plans to expand beyond high schools and colleges by launching a direct-to-consumer product. Esports community and content platform Super League Gaming announced the sale of 3,076,924 shares of its common stock at a price of $2.60 per share and disclosed that the transaction was expected to close on or about Jan. 13. Gross proceeds from the sale, before expenses, were expected to be approximately $8M. Super League Gaming intends to use the offering’s net proceeds for “working capital and general corporate purposes, including sales and marketing activities, product development, and capital expenditures.” Game live streaming and community platform Turnip has raised a $1.63M seed financing round led by early-stage venture investment firm Elevation Capital with participation from Better Capital’s CEO and founder Vaibhav Domkundwar. The Bengaluru, India-based startup plans to use the investment proceeds to expand its reach and hiring talent.

Online esports content portal Juked.gg closed its crowd equity fundraising campaign and raised $1.07M from more than 2.5K individual investors. The campaign, which was launched in September 2020, was realized on OpenDeal’s private investing platform Republic. Juked revealed that it intends to use the campaign’s proceeds to grow its staff to accelerate the development of the company’s web product, apps, and original content offering.

Danish esports and gaming sponsorship and advertisement analytics firm Cavea raised a €1M EUR ($1.23M) financing round from new and existing investors with additional support from The Danish Growth Fund, Vækstfonden. The company is looking to use the additional funding to “consolidate and expand the product offering, grow the team, and put full focus on commercialization.”

Nations Ventures, a venture capital fund majority-owned by esports apparel company We Are Nations, invested in Australia-based influencer merchandise and media company HYPR CARRY. As part of the deal, Nations Ventures made a cash investment in the company and established a wholly-owned U.S. subsidiary, which will be a new affiliate of We Are Nations. 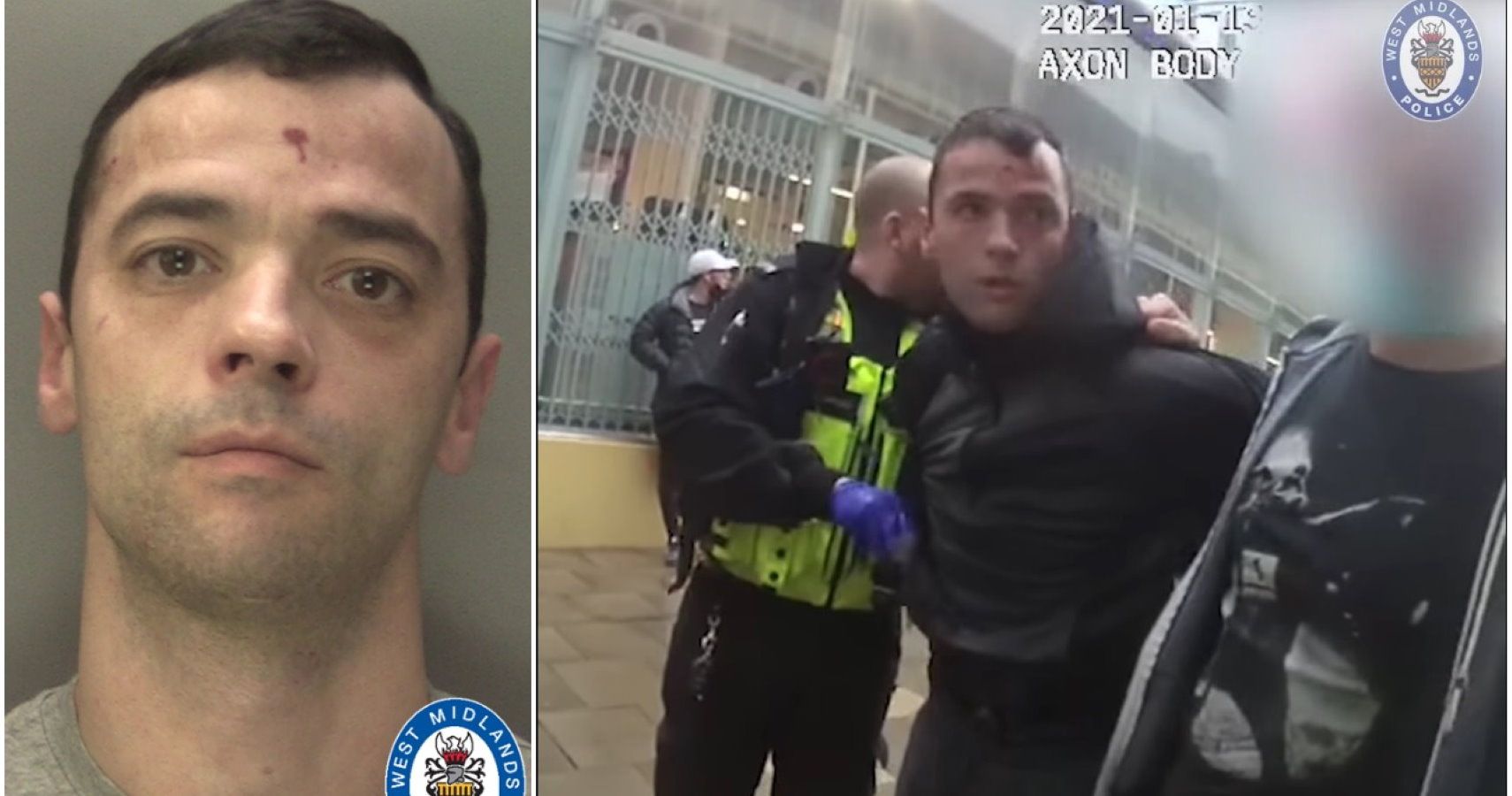 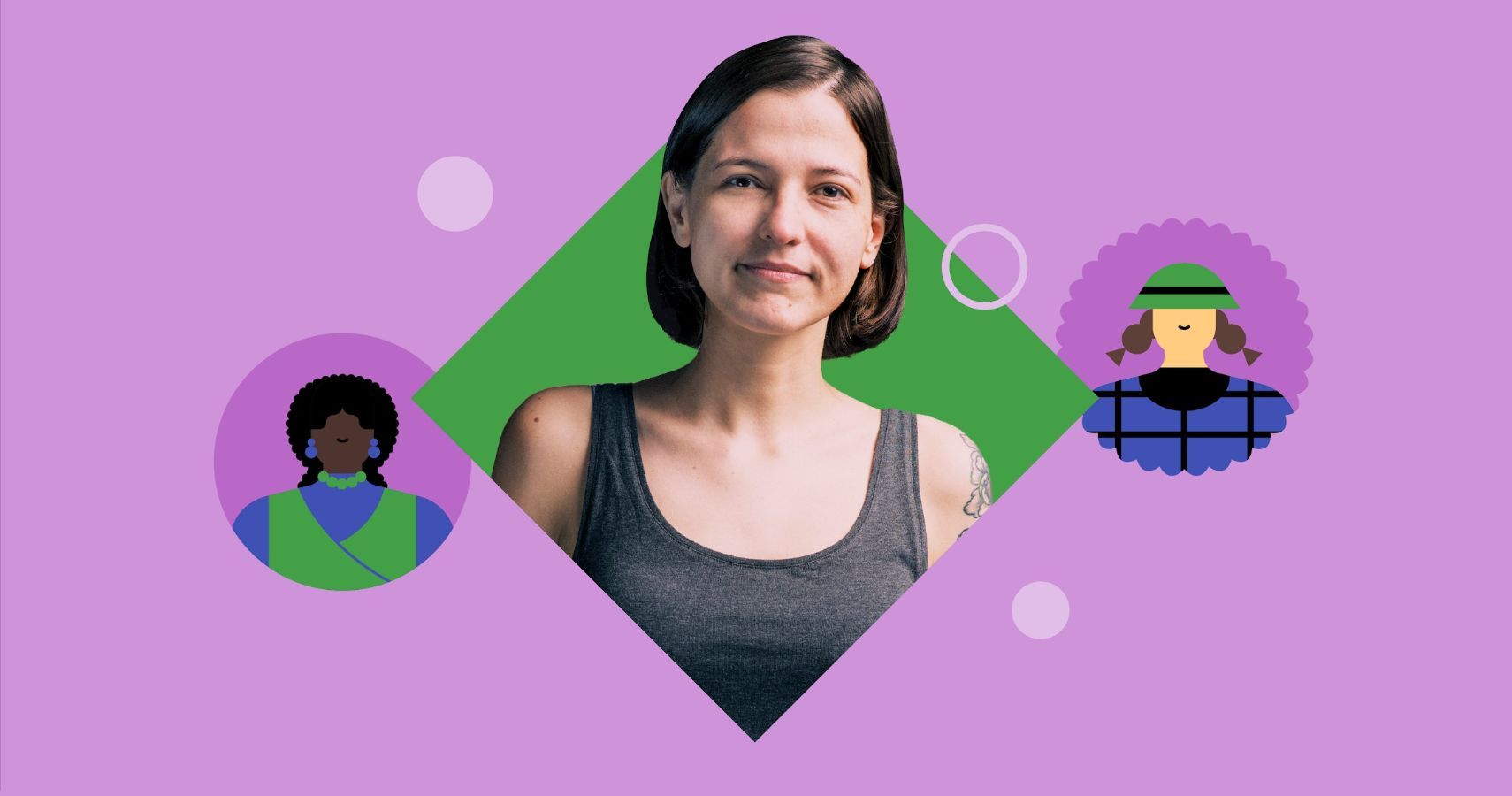 "Different Ideas And Experiences" Key To Building A Great Game, According To Supercell Dev