The Olympic Council of Asia (OCA) has announced which esports titles have been selected for the 2022 Asian Games in Hangzhou, China.

League of Legends, Hearthstone, Dota 2 and Street Fighter V are among the eight titles named for esports’ debut as an official medal sport at the Games. 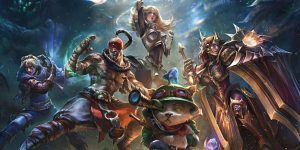 Husain Al-Musallam, the Director General of the OCA, commented: “We hope that this announcement allows all participating teams ample time to prepare and equip themselves ahead of the qualifying stages.

“I believe we have ticked all the right boxes ensuring a high level of competition which promises great viewing for enthusiasts and casuals alike.”


Despite this being the industry’s debut as an official medal sport, esports was utilised in the 2018 Asian Games in Indonesia as a demonstration event.

Esports Insider says: The title selection for the 2022 Asian Games is certainly impressive. While not every tier one esport is featured on this list, the likes of League of Legends, Dota 2 and PUBG Mobile are all smart choices. What’s important now is that high-quality teams and participants compete in the event. If proven to be a success, this could lead to even more opportunities for esports within the Olympic scene.