Though Machi was out, they had the opportunity to play spoiler to NA’s hopefuls, TL. 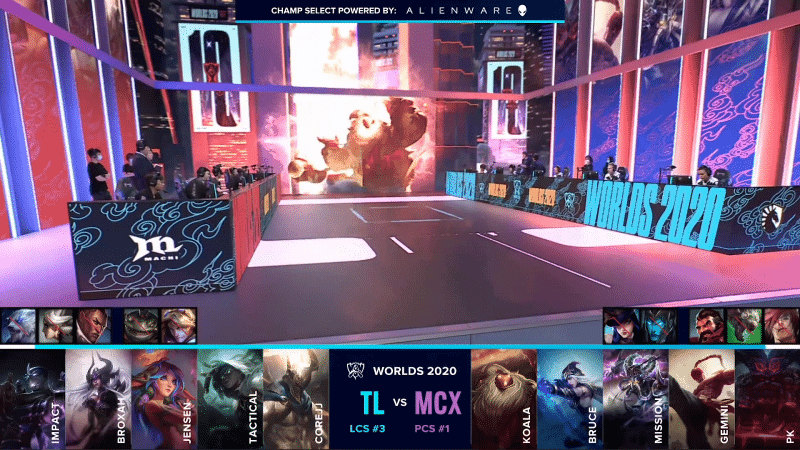 With Machi unable to qualify, TL had it all to play for as they took on the PCS side. A TL victory would mean they were just a G2 victory against SN away from a tiebreaker against SN themselves to make Worlds Knockouts. TL started the game as they did against SN by picking up a huge level one First Blood. TL continued to dominate the early game off the back of that First Blood. They continued to pick up more and more kills and moved 2.5k ahead.

TL just don’t let up. Despite MCX doing all they can to stay in the game, it seemed to be escaping them more and more by the minute. At just 13 minutes into the game, TL sat at a near 10k lead with MCX having no options on the map. TL again pulled the trigger on a play, taking down three members of MCX before dropping the Rift Herald top side.

TL slowly pushed through the open mid lane of MCX, again dropping two more members as they retreated out the base. MCX claimed a big kill on the tail end as TL dropped three members as they overextended the fight. TL started the Baron but ended up moving away from that objective. It simply wasn’t needed as they found a fight in the mid lane which saw them push down the mid inhibitor and take down the last remaining member of MCX and win the game. To qualify for the Knockout Stage, they’ll either need a G2 victory against SN and to SN themselves in a tiebreaker.