According to the release, the two parties will collaborate ‘to enhance the fan experience across music, esports, and video games’. 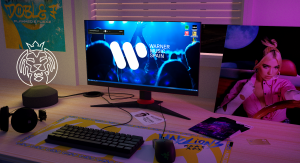 This partnership marks the second record label OverActive Media has joined forces with in the past two years. In January 2020, the company secured a deal with Universal Music Canada which saw the label’s music feature on a number of original content pieces.

Sergio Méndez, Head of Artist Services and Institutional Relations at Warner Music Spain, spoke on the deal in a release: “For Warner Music Spain, joining MAD Lions means our entry into the territory of esports and gaming, where music is a dynamic element and will be an added value for our artists, players, and fans of both worlds.

“We are delighted to do it hand in hand with a professional team like MAD Lions, which is achieving an impeccable esports career.”

MAD Lions’s Owner, Samuel ‘Vegetta777’ de Luque Batuecas, also commented: “We are delighted to have music partners like Warner Music Spain join the MAD Lions family. For us, it is a logical step in our strategy as a brand. Putting more emphasis on lifestyle is part of our vision as an organisation and this is yet another step toward that vision.

“This partnership will allow us to create special content and fan experiences that go well beyond gaming competition, expanding and reinforcing the unique MAD Lions brand.”

Esports Insider says: For Warner Music Spain, entering the industry by joining forces with one of Spain’s biggest esports brands is certainly a smart move. Moreover, for MAD Lions, this partnership is yet another impressive addition to its ever-expanding roster.