Since Apex Legends released over one year ago, Respawn Entertainment has generally been willing to listen to the community on in-game issues. Whether it’s legend alterations or a weapon balancing fix, most problems are resolved. However, there’s one big issue that has yet to be genuinely fixed for quite some time in Apex Legends. We’re talking about the muzzle flash on most weapons currently in the game. Although, according to a dataminer, this might be settled with a future update.

If you’re unaware of what muzzle flash is, it’s essentially the light that comes from the front of your weapon when you start firing. On some weapons, it’s not as bad, but with others, it becomes nearly impossible to see through. This becomes extremely noticeable when you’re attempting to hit an enemy from medium-to-long range. The below screenshot perfectly encapsulates why muzzle flash is such a big issue. 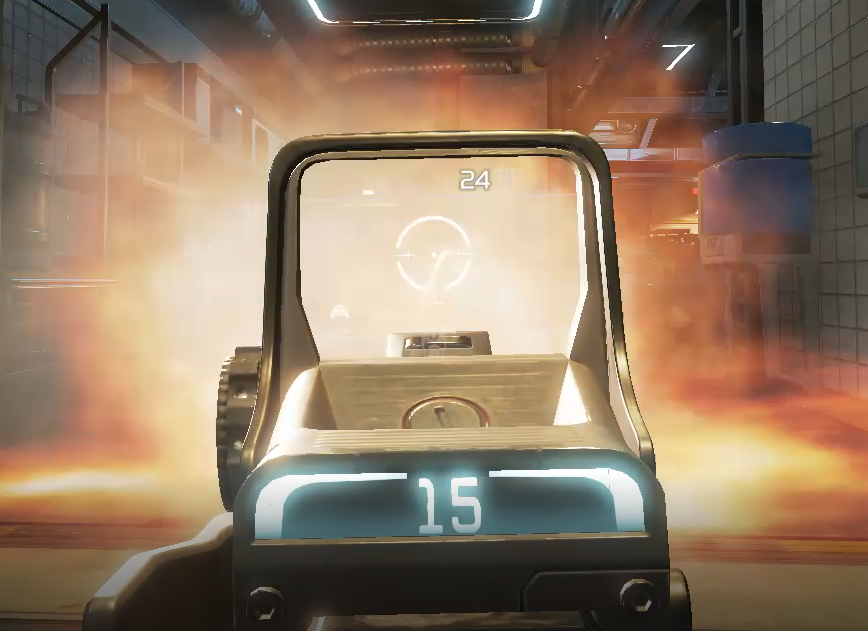 Since this is a first-person battle royale, Apex Legends players obviously notice muzzle flash more than other problems. Though, they may not have to worry about it much longer according to dataminer @That1MiningGuy.

So I’m seeing some indications in the code that Muzzle Flash is being looked at / adjustments are being tested. Nothing too concrete to post yet, but can see that they’ve tested on it. 🙂

One of the things *maybe?* that they’ve looked at is adding it to all of the suppressors (lvl 1,2,3 and 4) and likely lowering it on guns without the slot. But again, can’t really see the full information just yet. Will keep an eye on it as we move forward :).

Really it just makes me happy to know that they take the community feedback they receive seriously and at least test / approach the issues with consideration before just popping something out live :).

While we don’t receive a concrete date for the fix, it’s good to know Respawn seems to at least be working on it. One big thing to note though is when That1MiningGuy says “suppressors” in the second tweet, he’s talking about Barrel Stabilizers. So, that basically means that Respawn is testing out whether muzzle flash would be reduced with each level of a stabilizer.

The main reason this change is taking so long is inevitably that Respawn wants to ensure they get everything right. If they rush out an update to muzzle flash, something else could be affected in a negative way. Hopefully, we see something in the coming weeks.

Make sure to keep up with Daily Esports for all Apex Legends news.