American educational institution Pace University has announced the launch of its first esports programme set to commence in January 2022.

In addition, the university has detailed the development of a dedicated esports and gaming centre on its campus. 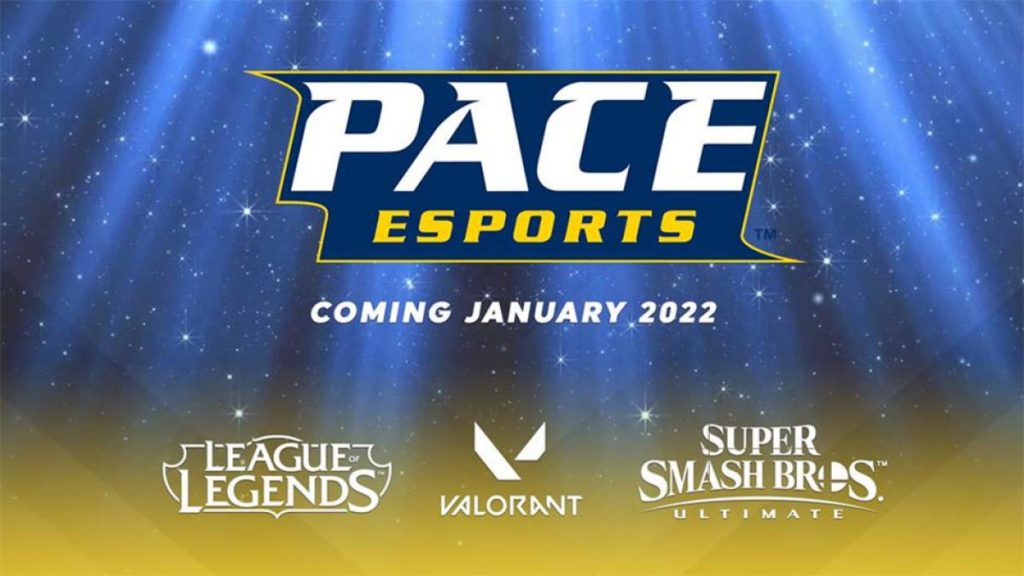 The new varsity esports programme will feature teams in a number of esports titles such as League of Legends, VALORANT, and Super Smash Brothers. The programme will also become the 15th sport for the Pace Athletics division at Pace University.

The university has created an official Twitch channel for Pace University Esports as part of the programme.

Marvin Krislov, President of Pace University, commented: “Pace is committed to innovative programmes that prepare our students for the jobs—and the world—of the future. Our new varsity esports programme responds to rapidly growing demand and will give our student-athletes the chance to build the skills all sports demand: teamwork, strategy, leadership, discipline, and so much more.”

Pace University added in a release that there are plans in place to develop teams in other esports titles as well, stating Apex Legends and Rocket League as two potential games. Pace University teams will compete in existing collegiate esports championships in the United States. This includes the College League of Legends league and the NACE Starleague.

In addition to being able to play as a part of Pace University Esports teams, the university will provide alternative opportunities for students to enter esports. According to the release, students will be able to serve as student coaches for the esports teams and be a part of a gaming community, as well as pursue academic opportunities in gaming.

Esports Insider says: Collegiate esports in the USA is really kicking off in 2021, and Pace University is the latest one to join the fray. Since a number of leagues that focus on college esports do exist in the United States, having its own varsity esports programme is a good step in the right direction for the New York-based university.