Esports infrastructure company ReKTGlobal has announced a partnership with the Breakaway Music Festival to provide esports lounges to festival sites.

According to the release, the lounges will feature a mixture of ‘solo play, interactive experiences, and performances’. 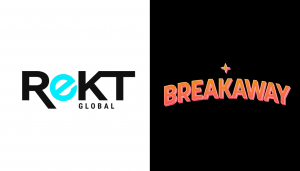 
Breakaway attendees will also be able to take part in hourly offline tournaments with live commentary. Moreover, up to 50 gaming stations will be equipped into the lounges for casual play. A range of live activations involving pro-gamers and performers have also been teased.

As of this writing, the company’s esports lounges will be present at Breakaway’s Michigan, Ohio, and North Carolina festivals.  Breakaway hosts a variety of multi-city music festivals across the U.S. Some of the artists announced for its three confirmed cities are The Chainsmokers, Martin Garrix, Kygo, and Illenium.

Despite being an esports entity, ReKTGlobal is quite connected to the music industry due to the company’s ownership team including the likes of Steve Aoki, Imagine Dragons and Nicky Romero.

Esports Insider says: Providing esports opportunities to mainstream audiences is a great way to raise awareness of the sector, and in turn boost the popularity of ReKTGlobal, if the activations are done correctly. It’ll be interesting to see what the lounges will look like and whether some of the company’s roster of players will be involved. Overall, this seems like a smart move by ReKTGlobal.