The Apex Legends community has seemingly lost a valuable member to retirement today. That1MiningGuy, a respectable and authoritative figure in the data-mining world, has deactivated his Twitter account and relinquished control of his Discord server. The miner has been dealing with some hardships as of late, but this was unexpected. The news comes on the heels of a Respawn developer blasting the community for spreading misinformation on the alleged Smart Pistol. That1MiningGuy was among the first to leak its existence within the files, and clearly took the developer’s words to heart.

Data-mining itself is a tricky business. In today’s world, the act of digging into a game’s files and finding information is a widespread hobby. Popular games like Fortnite, Modern Warfare, and Apex Legends all have a community based around data-mining.

However, the developers of the games don’t especially appreciate the act. They feel data-miners ruin the surprises that took them months to work on. Often miners will leak the information they find in the files for the whole community to see. This occurs regularly before a big update or new season in the previously mentioned titles.

Although, while some leakers do take certain liberties too far, That1MiningGuy was one who tried his best to respect the developer’s wishes. Before Season 4 of Apex Legends, T1MG was put on blast for leaking details of the upcoming cinematic trailer. He offered to quit what he was going, but Respawn developers told him that wasn’t necessary.

Well, a few weeks later, and it seems like T1MG has quit for good. A couple of days ago, we reported on a leak about the Smart Pistol tweeted out by T1MG. We specified that the pistol was very unlikely to arrive, but there were files with its name on it.

Fast-forward to today, and one developer, Jason McCord, had some heated words about the people who spread “misinformation” about the Smart Pistol. Since T1MG was the first to leak the details, apparently he felt that what he was doing just wasn’t worth it anymore. 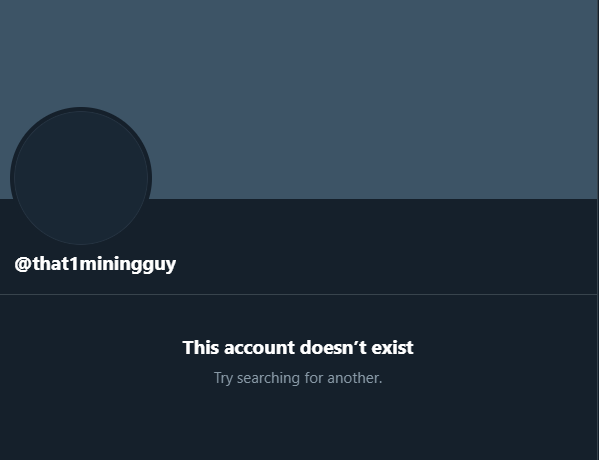 Since earlier today, That1MiningGuy has deactivated his Twitter and stepped away from his popular Discord server. It’s unclear if he’ll ever return to the public eye again.

Make sure to keep up with Daily Esports for all Apex Legends news.