Riot Games is rolling out some new changes for League of Legends — this time, it’s a tracking feature. Their new Live Tracker Extension is a great way to stay in the loop during a stream. Although it’s only available for Twitch, the feedback it receives may set a precursor for similar projects on other platforms.

The new extension rolls out February 20 and players are more than excited. The League Week blog on Twitch gave some more insight into what Riot’s bringing out. This new feature is mainly here to help viewers keep track of information players would normally see in their game. This includes how many barons, dragons, and towers were taken out.

Viewers will also be able to “inspect a streamer’s Summoner stats, Scoreboard, Build, and Match History”. Additionally, viewers will get access to see the streamer’s builds and match history. This is especially helpful if someone wants to learn how to build or play better.

The blog gives a link to the download page of the tracker. It’s currently closed for beta testing but will be available to all streamers soon. Riot Games’ Senior Developer Relations Specialist Gene “GChorba” Chorba posted a tweet revealing the new extension to his followers.

The feedback on the post was a mixed bag, with some followers stating they’ve already seen the tracker on streams earlier this week. Some people reminded them that an earlier version of the tracker had been released to a handful of testers.

Have you ever wanted to see the @LeagueOfLegends scoreboard while watching streams on Twitch?

Starting February 20th you can. 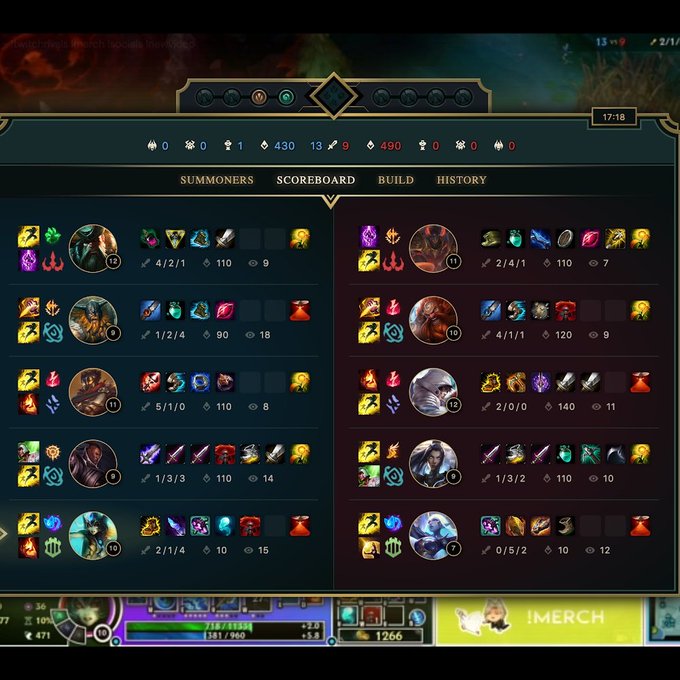 Some commentators reminded Chorba of the existence of similar extensions, such as the OP.GG and Porofessor Twitch trackers. Someone else asked Chorba if this will eventually be used for LCS games. Although plenty of questions formed, most people were just happy to have access to an easy way to view in-game stats.

Hopefully, Riot Games continues to release small features like this for other platforms. Many League of Legends players use YouTube and Mixer for streaming, and it would be helpful for them to experience these features. It would be especially interesting to see it being used in the LCS, as scoreboards aren’t always kept on the screen.