The best Groza loadout in Call of Duty: Warzone Season 2

The Groza assault rifle was first introduced in Call of Duty: Warzone Season 1 as a Battle Pass weapon. As a balanced rifle that features solid stats, many players haven’t taken notice of the Groza in Season 2. However, with its best loadout starting to make its way around the community, the rifle may not be underrated much longer.

There aren’t too many downsides to using the Groza besides the fact that there are slightly better rifles to equip. Something like the FFAR is a better choice on paper but, with a proper loadout, the Groza can be just as much of a force as the FFAR.

As the Groza is a balanced rifle, there’s not one key area that needs improving when designing a loadout. This gives players some freedom when it comes to the loadout and its overall goal.

While there are several different ways to go, the Groza is ultimately best served at medium-range with a smaller emphasis on close-range gunfights. Since the rifle shoots slightly faster than others in its class, it can come in handy in tight hallways or buildings. Though, medium-range is still going to be most players’ bread and butter with the Groza in hand. 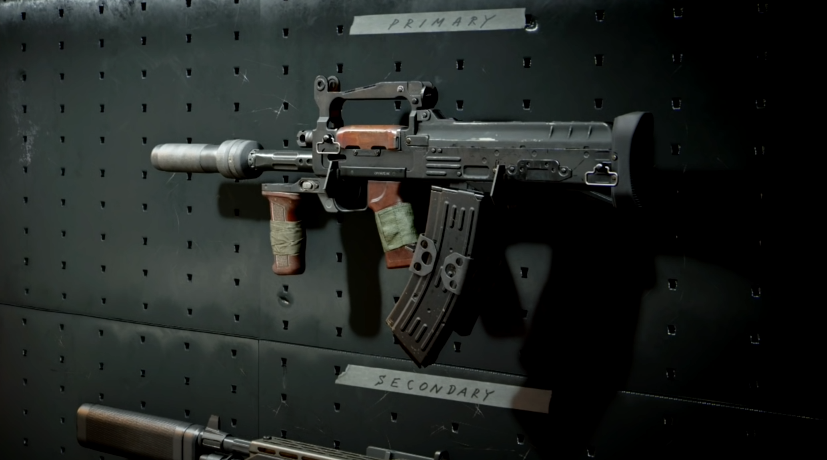 With an all around balanced loadout, players won’t find themselves at a disadvantage when in close or medium proximity to enemies. This version of the Groza boasts extra damage range, additional recoil control and increased ADS time.

Along with those key elements, there are also extra bullets with a faster reload to help with close-quarters gunfights. The Airborne Elastic Wrap also gives players the ability to aim while going prone, another close-range benefit. Finally, players are kept off the map with the GRU Suppressor.

If the loadout is missing one feature, it’s an optical sight. However, given the slight emphasis on close-range combat, there isn’t a need for a sight. If players don’t find the iron sights suitable, something like the Microflex LED is terrific for close to medium-range engagements.