The CDL’s top 5 plays from the Atlanta Home Series

The third week of the Call of Duty League took place in Atlanta and saw Atlanta Faze win the tournament. Following the event, the top five plays from across the weekend were selected by the CDL. The video was uploaded on the Call of Duty League’s official YouTube channel. Here, Call of Duty fans can look back on the best moments from an action-packed weekend. 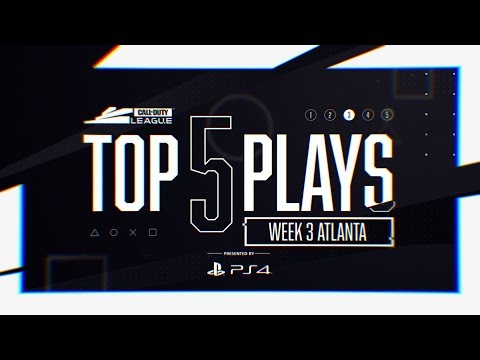 In at number four, Preston “Prestinni” Sanderson appears to be dominating the group play match against the London Royal Ravens. His impressive 13 kill streak provided the slaying power that the Florida Mutineers needed. In the process, he secured valuable hardpoint time for his team. Also worth noting is that he maintained his streak using the MP5 and the M4, showing his versatility as a player.

The second top play came from Colt “Havok” McLendon. This was in map two, Search and Destroy, against Optic Gaming LA. In the game’s first round, Havok threw a smoke grenade and used the smoke to his advantage to push towards the enemy team. This led Havok behind enemy lines, putting him in a position to catch two Optic Gaming LA players off guard.

Finally, the number one play from CDL Atlanta goes to Chicago Huntsmen player Dylan “Envoy” Hannon. Here, Envoy manages to secure the round win by throwing a grenade across the map. The grenade lands directly on the A bombsite. This prevents the Florida Mutineers from planting the bomb before the time runs out.

Let us know what your favorite play from CDL Atlanta was! To keep up with further Call of Duty coverage, stay tuned to Daily Esports.