As a result of the renewal, Incase will continue to provide the mobile esports-focused organisation with its carrying solutions. 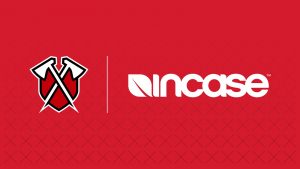 According to the release, details of the partnership include ‘Incase-supported’ bootcamps for Tribe Gaming’s competitive mobile esports teams, Incase-branded content curated by the organisation’s creators, and a new monthly MVP award distributed to Tribe Gaming’s top esports performer.

Brian Ta, Director of Partnerships at Tribe Gaming, commented: “As the leader in carrying and mobility solutions, it was a no-brainer to further intertwine our brands.

“With our teams getting back on the move, and the world opening up once again, we’re proud to announce that Incase has our backs.”

The renewal will also see Incase remain as the esports organisation’s exclusive bag and pack partner.

Esports Insider says: Whilst it’s good to see esports organisations secure new partnerships, it is integral that brands also remain on board. Given the growth of Tribe Gaming over the last 12 months, it’s no surprise to see Incase renew its deal with the mobile esports organisation.