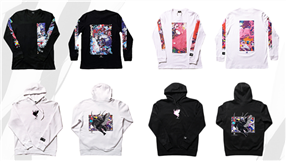 Esports merchandising company We Are Nations has announced the launch of N2, a new vehicle for housing and marketing apparel collections.

In particular, N2 will be utilised for collections that are designed and produced by We Are Nations in collaboration with ‘top global designers, artists and creatives’, with an affinity to gaming. 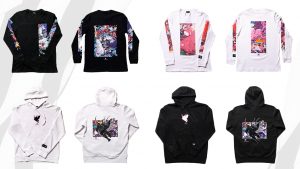 The first N2 launch will see We Are Nations collaborate with Japanese artist Yoshitaka Amano to create the ‘devaloka’ collection, which will officially drop on August 20th. Amano’s collection will be available via NTWRK in the US, Futaroku in Japan, and N2’s website globally.

Joshua Miller, Creative Director of We Are Nations and N2, commented: “Working on a project with Yoshitaka Amano has been a dream of mine since I was 12 years old. He has been a huge inspiration on my own art and sense of design and colour since I first saw his work.

“I’m very pleased to be able to make this once seemingly far-fetched dream come true and be able to bring his incredible work to his fans and a new audience alike within the apparel space.”

In the gaming industry, Amano is most known for his conceptual illustration work for characters, monster design and iconography in Final Fantasy, as well as Mistwalker and Fairy Fencer.

RELATED: How We Are Nations is augmenting esports merchandise distribution

According to the release, the devaloka collection is focused on streetwear, ‘with an emphasis on casual comfort’. The range includes long-sleeve T-shirts; fleece-lined hoodies; a French terry crew neck sweatshirt and a hooded reversible jacket.

Amano added: “The meaning of devaloka is the world where God lives. That is the theme of my art. I would like to create works while enjoying the desire to spread and introduce this world (devaloka) and the desire to know more about the unknown parts of devaloka.”

Esports Insider says: It’s notable to see We Are Nations branch out into more gaming-related apparel and via a launch with a renowned artist such as Yoshitaka Amano, it’s a sign of their intent. As the gaming sector continues to develop, and the company continues to grow, expect more avenues to open up for We Are Nations.