You can now play PlayStation 4 games on your iPhone with Sony’s official PS4 Remote Play app! You’ve been able to stream games for years with the unofficial R-Play app, but we’re happy to see official support from Sony itself. And for free!

Just don’t get the impression that this is a replacement for your actual PS4. Yes, it lets you control games straight through your iPhone, but it’s essentially a streaming service that merely beams the games that are playing on your PS4 to your iPhone. The iPhone doesn’t host the games themselves as you might expect from a Nintendo Switch, so if you don’t have a stellar Wi-Fi signal, you’re gonna have a bad time. 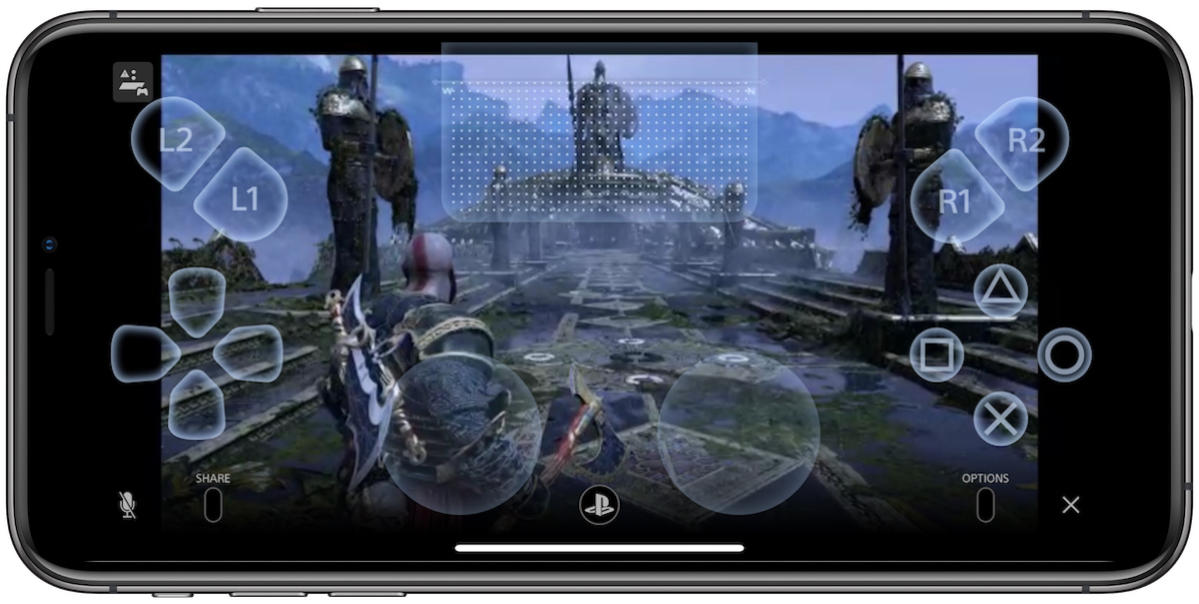 You’ll also have a bad time if you can’t get used to playing like this without a controller.

But still! PS4 games on an iPhone! The possibilities are, well, limited! Because of the inevitable latency involved and issues with button mapping, Remote Play is best used for turn-based games or “walking simulators” rather than games demanding fast responses like Apex Legends. Even so, it’s a cool option to have and it costs nothing to set up if you want to try it out.

What do you need?

How to set up Remote Play between your PS4 and iPhone 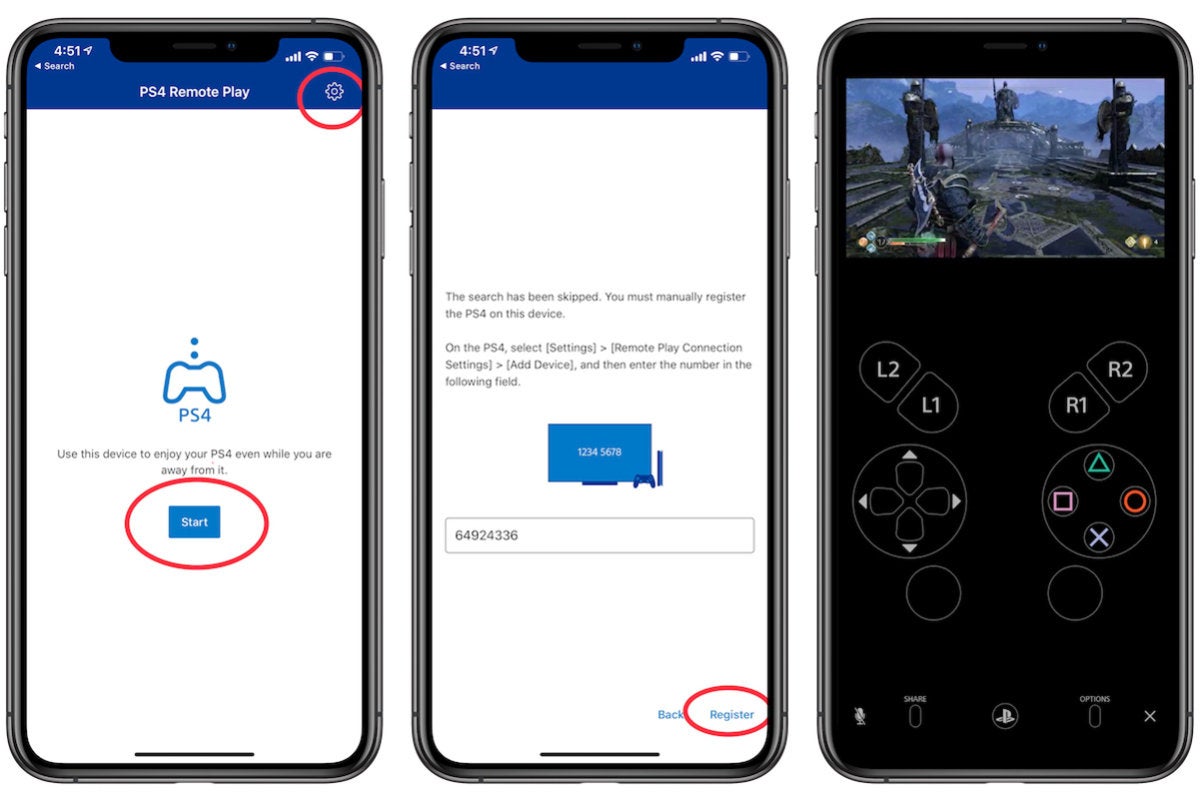 You can also enter the code manually at any time while Remote Play is searching for a PS4.

Optional (but not really): Connect an MFi controller

You can’t use a Sony DualShock 4 controller with your iPhone, but MFi (made for iPhone) controllers like the Rotor Riot, the SteelSeries Nimbus, or the Gamevice make for decent alternatives. It’s usually very easy to hook one up, as I demonstrate here. Once you’ve paired an MFi controller, the digital DualShock 4 button overlay in the Remote Play app should automatically disappear. 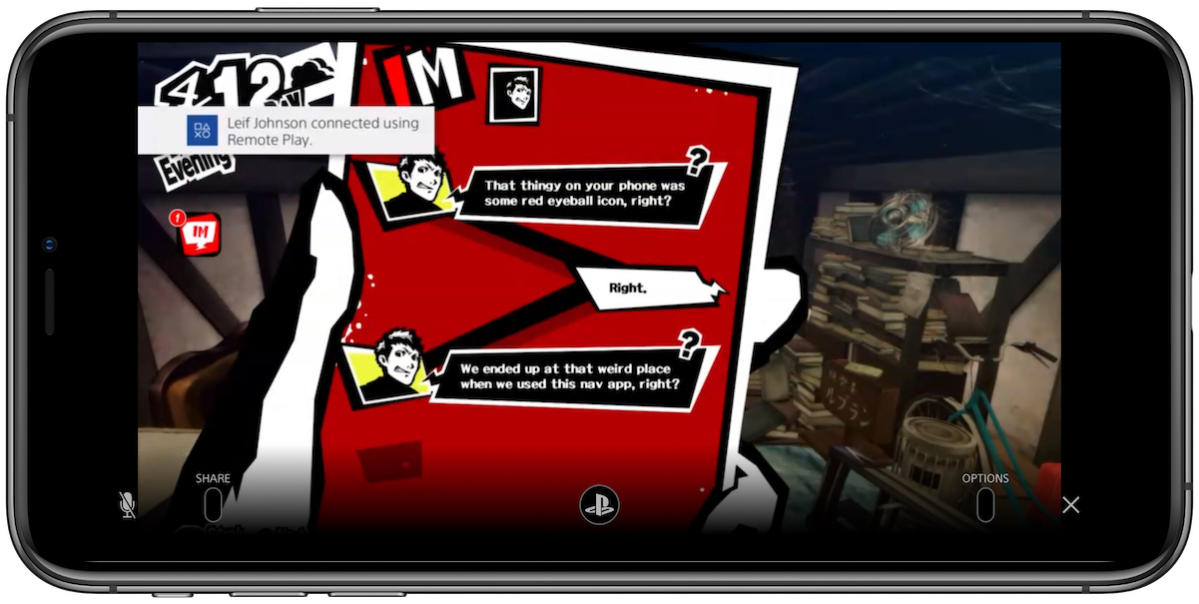 PS4 Remote Play with a Gamevice attached. Compare this with the image at the top. Much better, eh?

Keep in mind that the button schemes for MFi controllers don’t always perfectly align with those on the DualShock 4. On the Gamevice, for example, you can’t press down on either of the two thumbsticks (usually known as the L3 and R3 buttons). That means you won’t be able to use either the sprint or the enemy lock-on in God of War, which makes gameplay unnecessarily difficult. The Rotor Riot is reportedly the only controller that supports L3 and R3, but I haven’t had a chance to try it out.

You’ll also have latency issues when using an MFi controller, much as you will with using Remote Play in general. This means that Remote Play isn’t ideal for games requiring rapid reaction times. You wouldn’t want it for playing Apex Legends, in other words, but it’s fine for turn-based games or lightly interactive games like Persona 5.

Things to keep in mind