Return To Castle Wolfenstein is the first remake of the longest-running first-person shooter series. It came back with a vengeance, allowing you to once again unleash carnage on Nazis with shoot-first-ask-questions-never protagonist William B.J. Blazkowicz. However, this time, the evil Nazis have been mucking about with all things paranormal, so you’ll be contending with the undead as well.

Like most corridor shooters of its day, the game is no walk in the blood-soaked park. Despite this remake upping every aspect of the games that came before, every decision you make should be scrupulously handled. Your health does little to counteract a stream of bullets as the enemies come thick and fast, and you’ll be dead in no time. You’ll need to relearn everything you thought you knew about the series up until this point, so here are a few little tips to make Nazi killing just a tad easier. Get psyched. 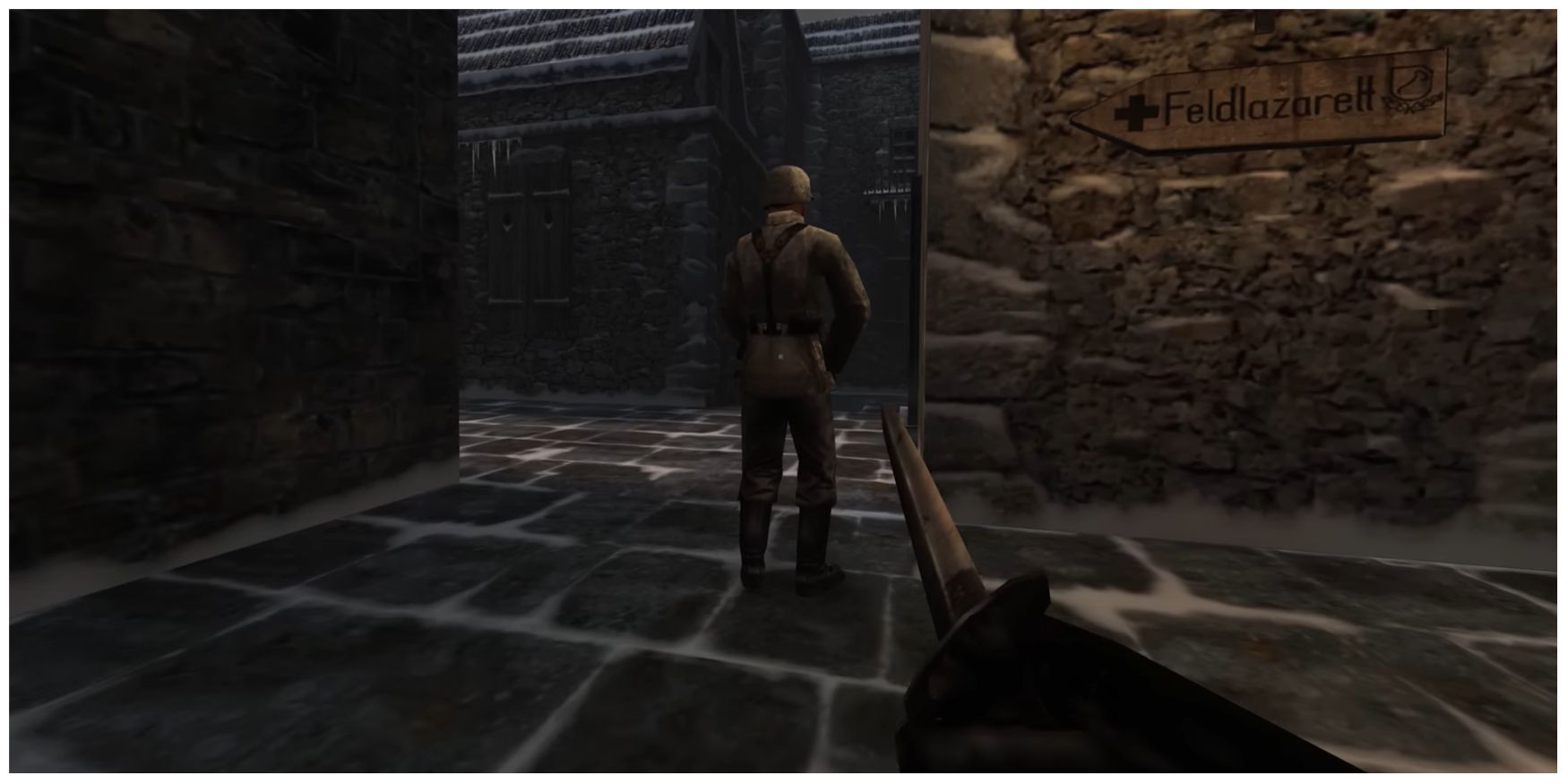 One of the newer additions to the series was the introduction of stealth. Getting the jump on unaware soldiers can down them in one hit, especially if you pop them in the head. It’s a vastly satisfying approach to clear an area without a hint of your presence.

However, those who favor a louder entrance can equally claim victory. Running into every room with your finger firmly on the trigger is a surefire way to leave you standing. Most enemies take little to no effort to kill, and with plenty of ammo strewn about, you’ll always be locked, loaded, and alive during the combat sections. 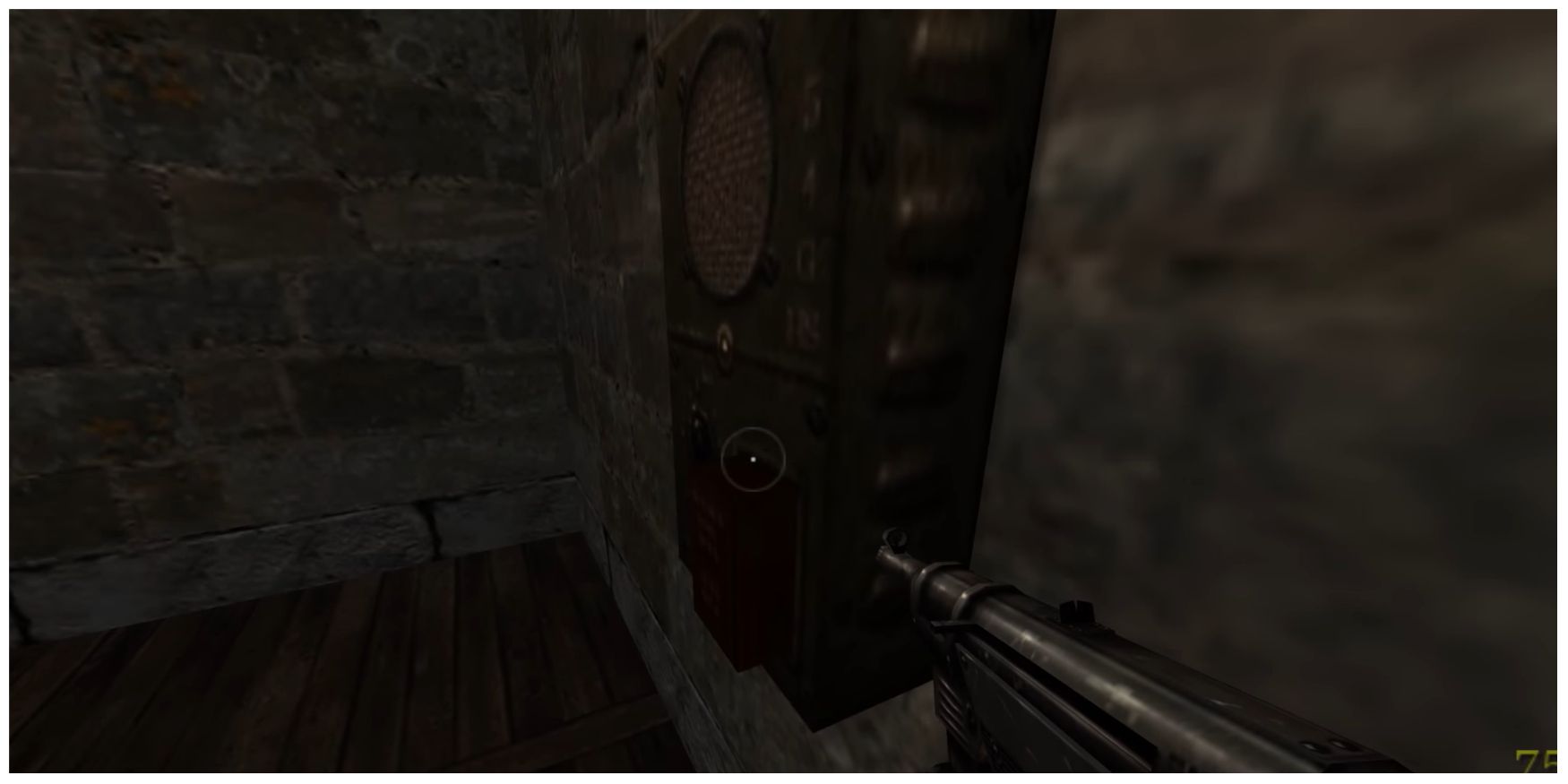 There's a slight snag to the loud and proud gun-blazing approach: you’re going to draw a lot of attention. Especially if one of those pesky Nazis decides to activate one of the many alarms that now loiter the levels. These will send a barrage of more enemies for you to contend with – messing up your day.

Don’t leave these alarms ringing. Not only are they annoying, but they seem to spawn a bit too many enemies for your liking. If you find one, boot it apart or switch it off (if you have manners) to stop the flood of threats. 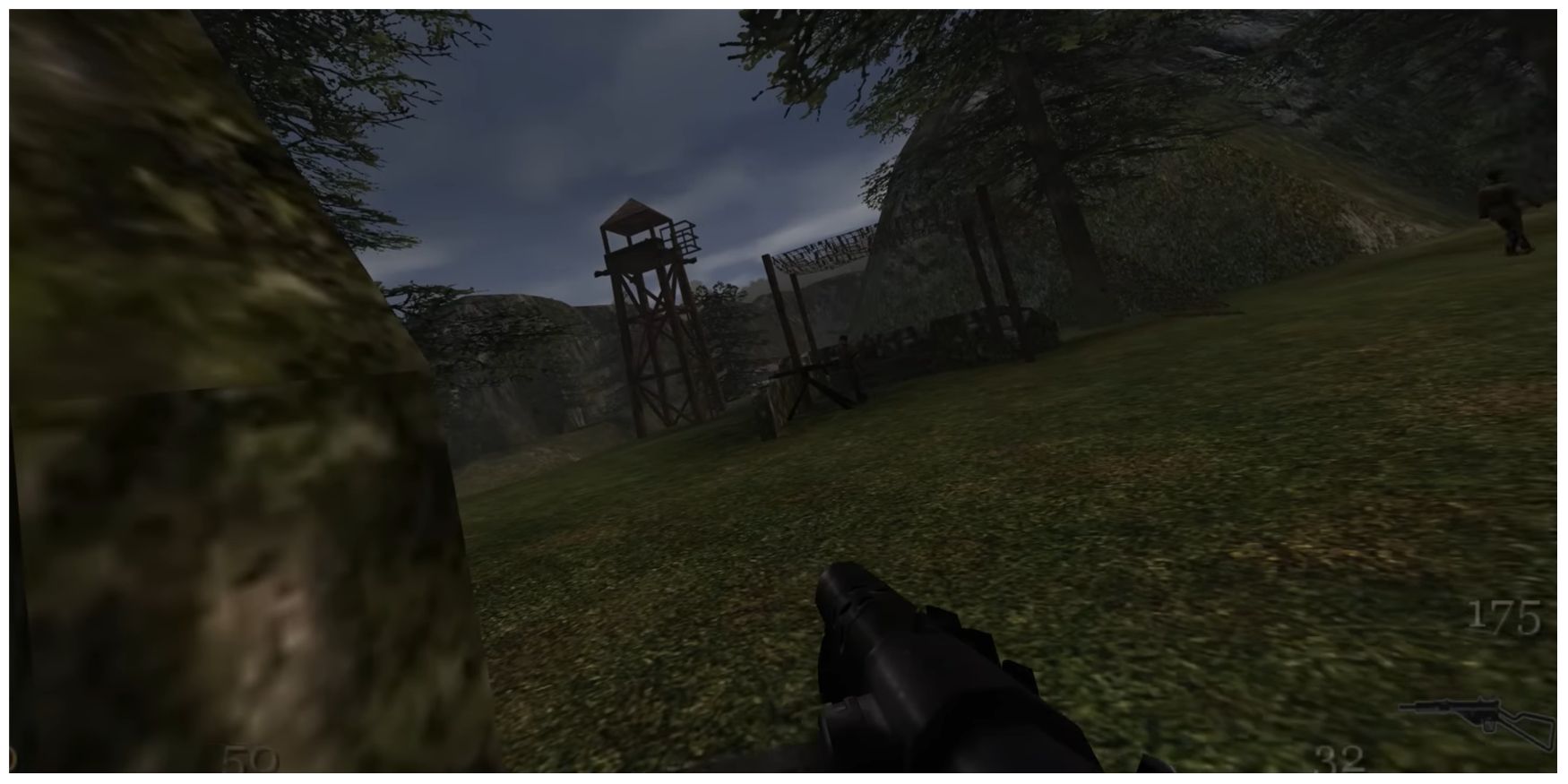 A complimentary addition to the stealth gameplay, players can peer and lean from around corners to plan their next moves. In theory, it’s a useful way to tread carefully and plot out how to approach a section. In practice, its limitations make it a borderline useless mechanic.

That’s because when you are leaning, you can’t shoot, which would have been a nifty trick. Bobbing your head around a corner will most likely get you seen and shot, so it can't really be a recommended mechanic.

7 The Binoculars Are Useful 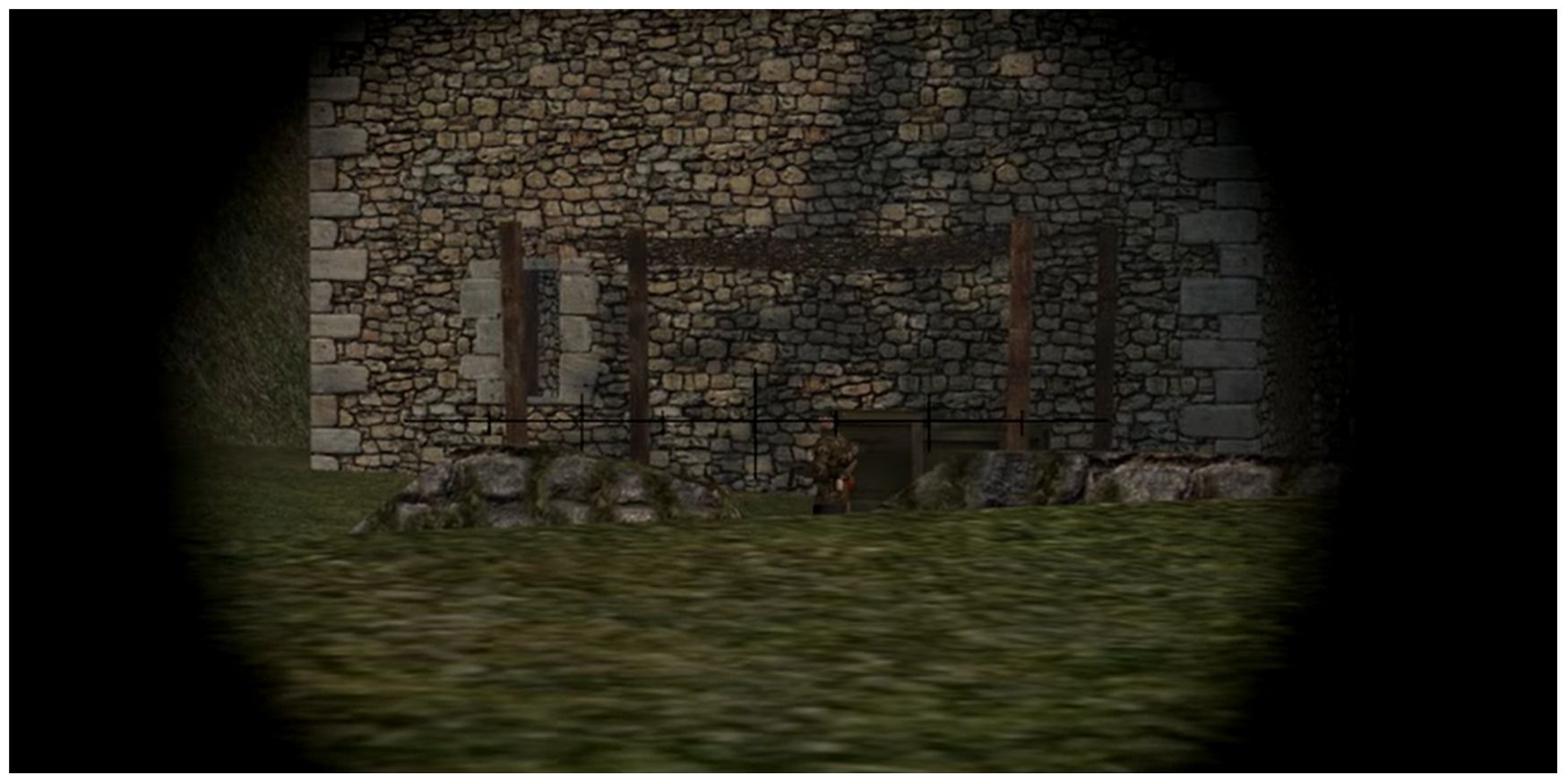 Something that does a better job in supporting a stealthy player is the binoculars. Once collected, players can use them to scope great distances – something that becomes a necessity once the levels become more sprawling.

Guards in towers and unassuming patrols can be spotted, leaving you in a better position to tactically gain an advantage on the enemy. Definitely a boon for the make-no-noise gameplay style. 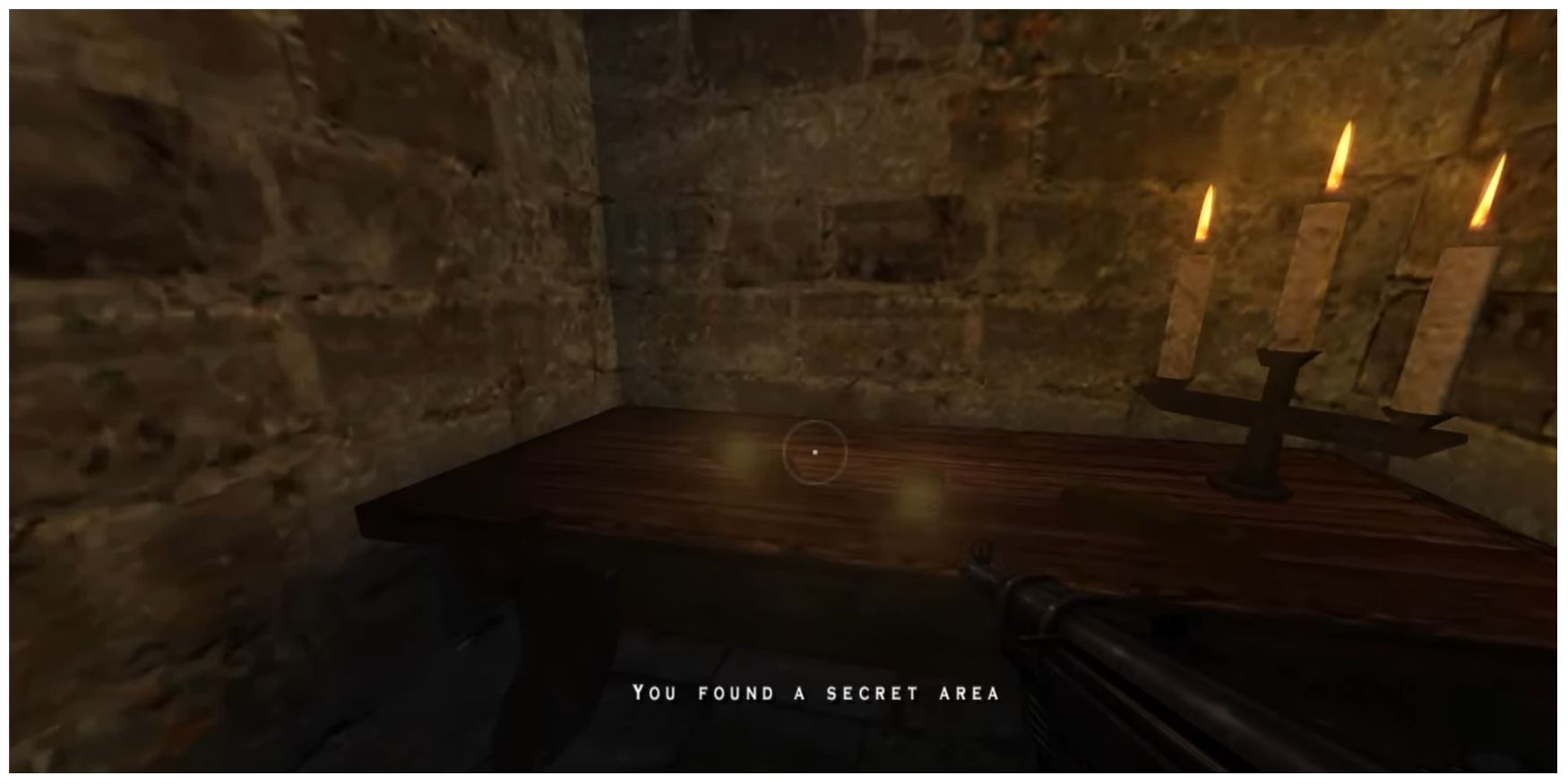 There is plenty more Nazi gold to plunder and secret ammo stashes galore to uncover, as secrets make a comeback for this remake. Although not tied into a score like previous games, it’s a nice little bonus to include gold in the form of collectibles.

These can be found, more often than not, by kicking down paintings or hitting secret buttons that unveil more loot. Secrets in the Wolfenstein game, particularly pertaining to Nazi gold have remained a constan.

5 Grenades Aren’t That Great To Use 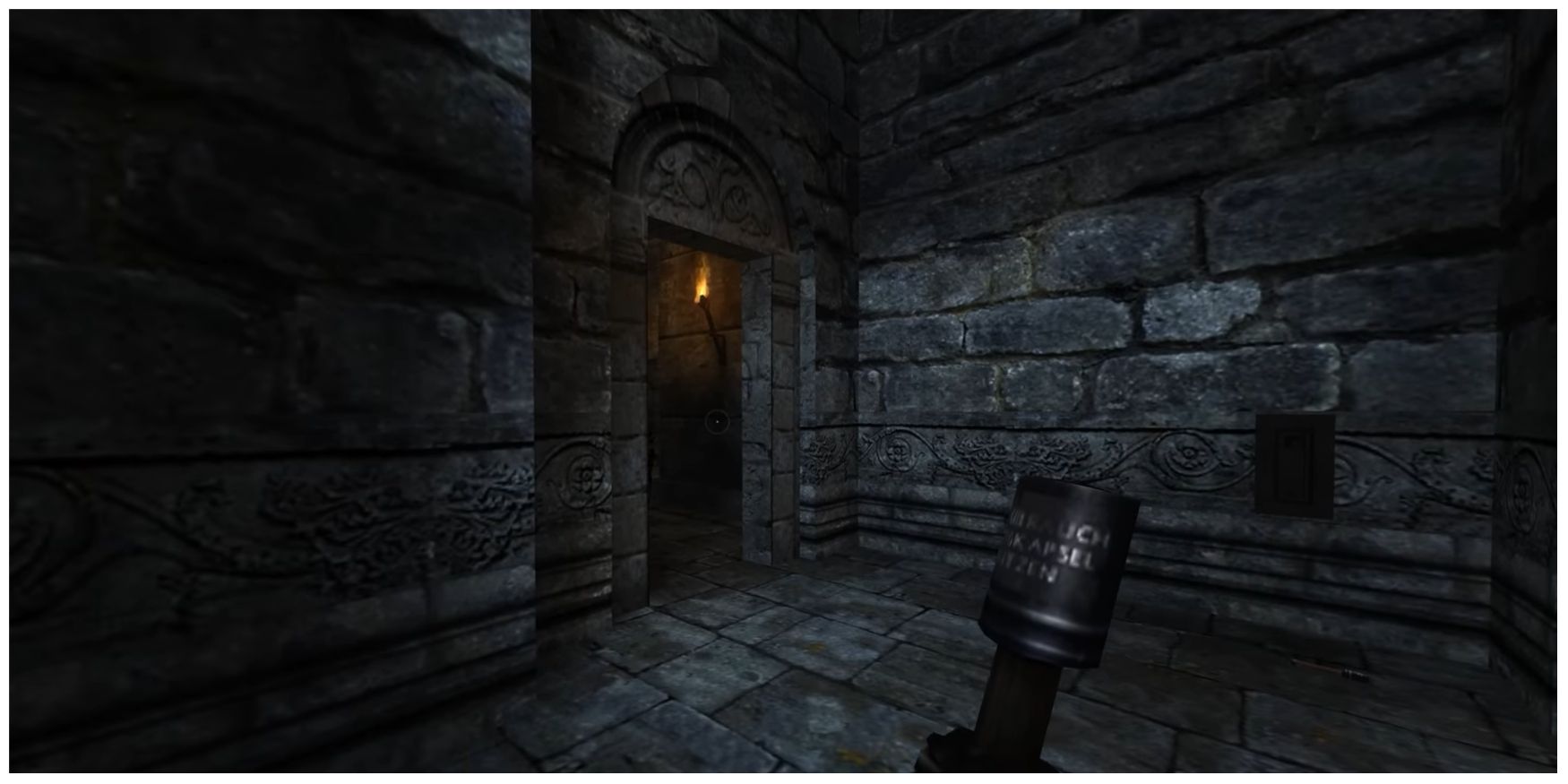 Weapon variety surely got a healthy upgrade in this remake. You’ll be able to get your hands on a slew of guns and firepower. One of those is the grenades, a staple and loyal companion for any FPS game. Except this one – the grenades just don’t pack a satisfying boom. Throwing them is quite awkward, and they often take a long time to explode if you don’t hit your target dead on. By the time you’ve cast the little boomstick, the soldier or undead foe has well and truly moved on and is probably puncturing your back with bullet holes.

To make matters worse, forget useing them against the undead enemies. They’ll still be left standing as if totally unharmed. Avoid this weapon despite your better, FPS judgment when it comes to grenades. 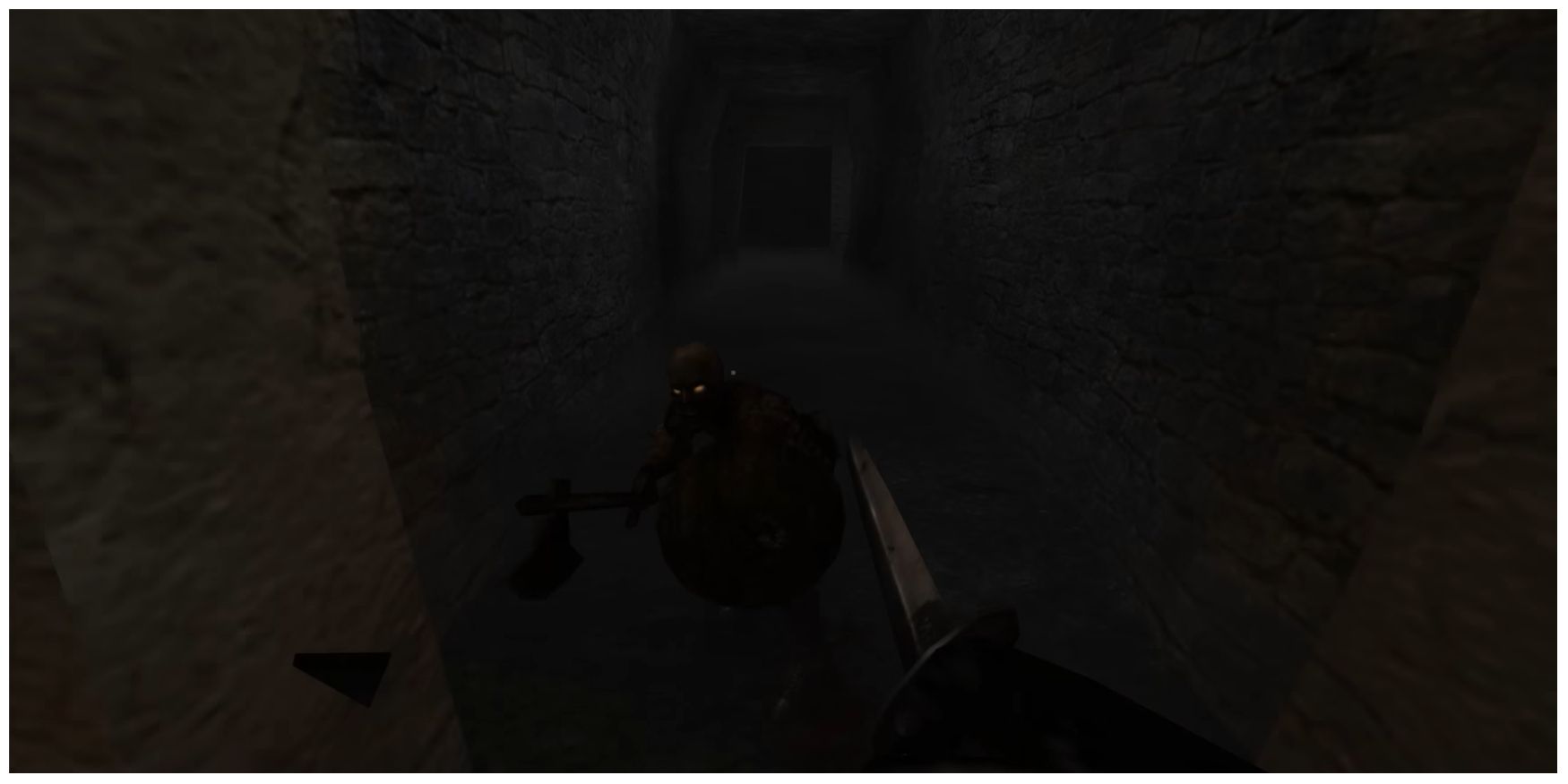 The SS Paranormal Division has mucked about resurrecting the dead. So, expect to contend with zombies, mummies that shoot skulls at you, and skeletal warriors. These enemies, among others, are complete bullet sponges – so best to try a more up close and personal approach.

A good boot from your size tens and a quick succession of well-timed stabs with the knife is one of the better strategies to deal with the undead. They don’t have guns, so each time they swing for you, step back and brutalize them with melee force. Your ammo count will thank you for it. 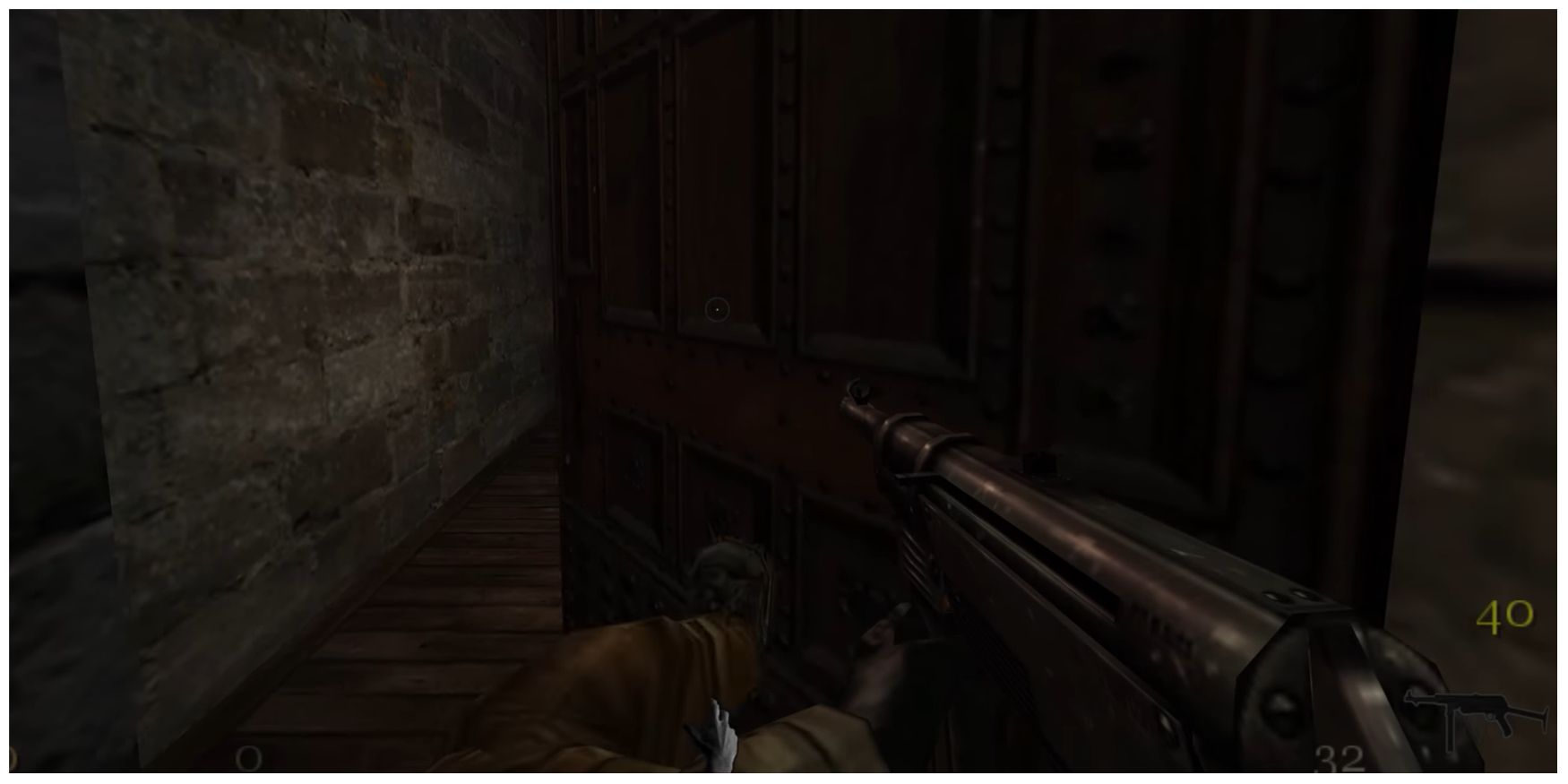 This tactic goes hand in hand with gun-toting habits. Sure, you can open every door normally, but anyone on the other side is bound to draw their gun first and get a few bullets in quickly. A firm boot to the door, you’ll catch them off guard.

It doesn’t seem to have any offensive benefits from kicking. It would have been extra juicy if you could lure soldiers to the doors and smash them away as your foot hits the wood. Alas, the element of surprise will serve you well in this scenario.

2 Be Aware Of Stamina Management 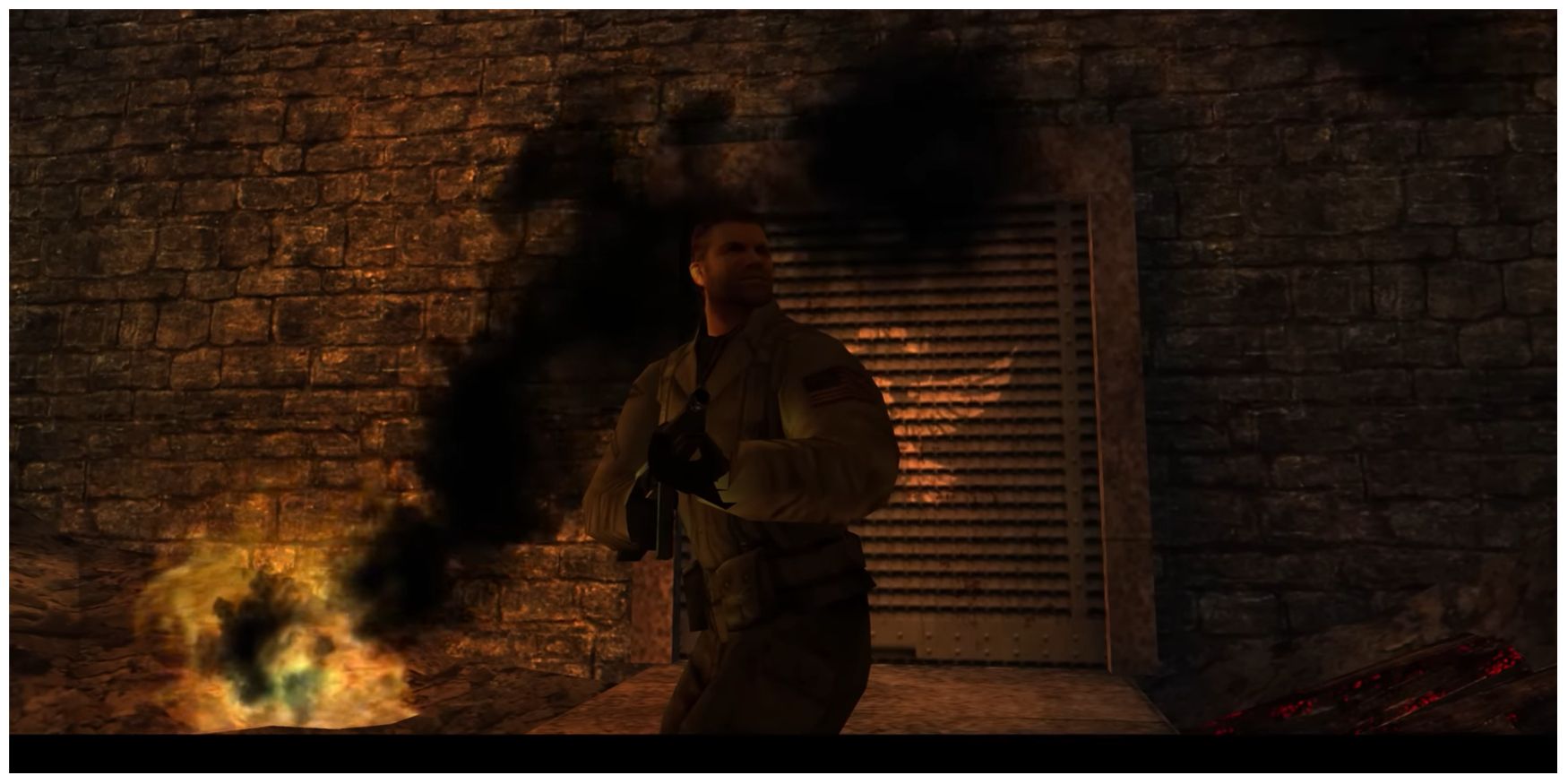 Playing as Nazi-hating B.J. Blazkowicz is a welcomed return, and he’s in great shape to bring the Third Reich to its knees. The only trouble is, that he gets breathless quite easily. The inclusion of a stamina bar was a weird one considering he can’t do very much until it's completely depleted.

Be aware that even jumping causes a hefty hit to the bar. Thankfully, your normal speed is almost as fast as the sprint, so the stamina bar should only be used in life or death situations. Meaning, only to be used to escape certain death.

1 Don’t Forget to Manually Save 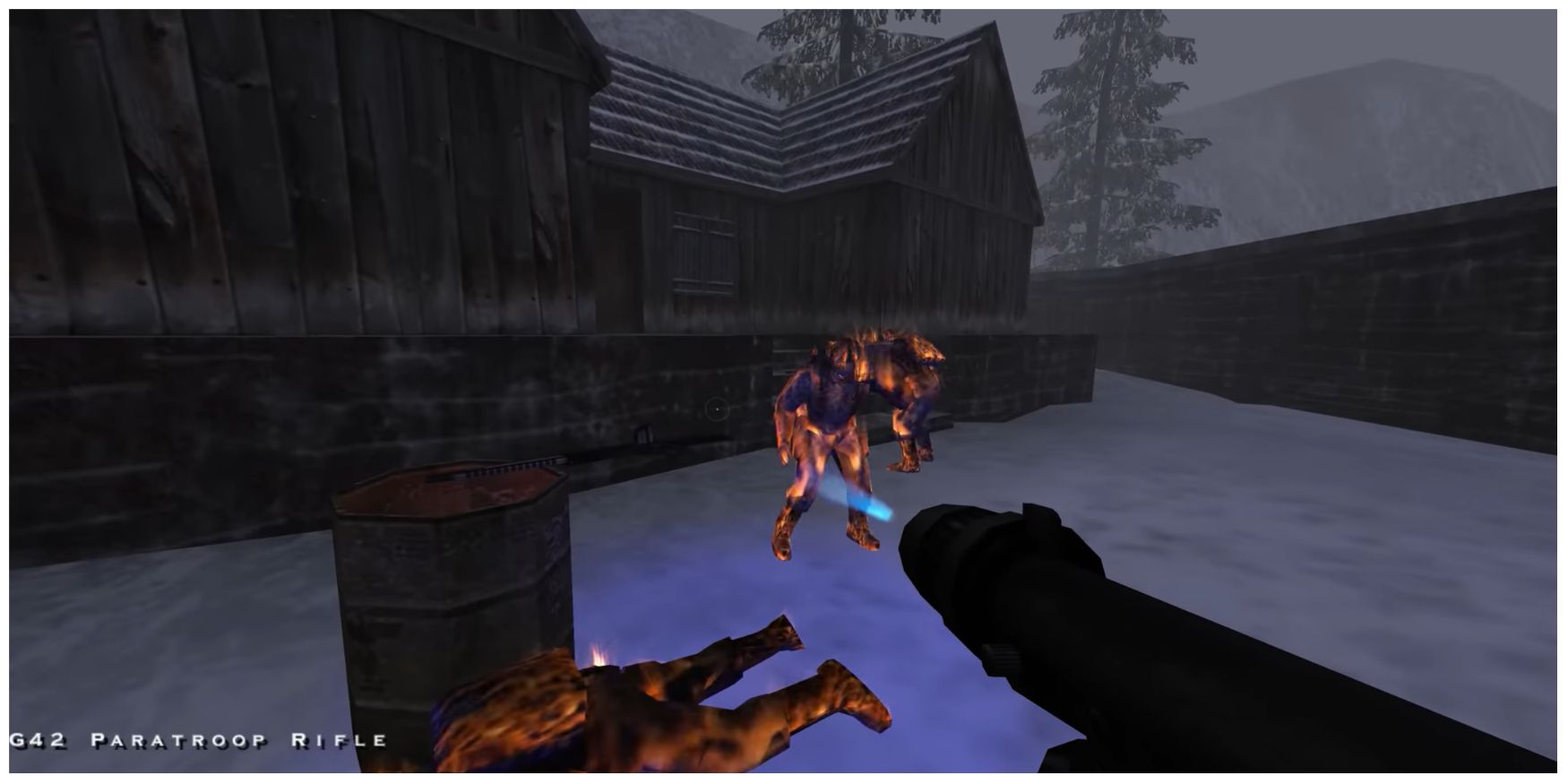 Ah yes, although Return to Castle Wolfenstein is a remake that improves in just about every way from its predecessors, it doesn’t escape the outdated mechanic of manual saving. You’ll need to save as many times as possible, which is as easy to do as it is to forget.

Be careful though. There are some instances in the game where saving can soft-lock you out of progressing. The best advice here is to use multiple saving slots.