Final Fantasy is a series that's basically impossible for gamers not to have heard of. It's packed with some of gaming's most iconic villains, heroes and music, and was one of the first major RPGs out there with such a heavy focus on storytelling. What it also has in droves, starting with Final Fantasy 7, is minigames.

Sure, the ATB system is a fascinating form of combat to see Square Enix continually change, but Final Fantasy has almost as much draw for its minigames. These range from racing and card games to fully-fledged sports games. They can become an obsession all of their own, and as you'll see, Final Fantasy 7 really loved them. 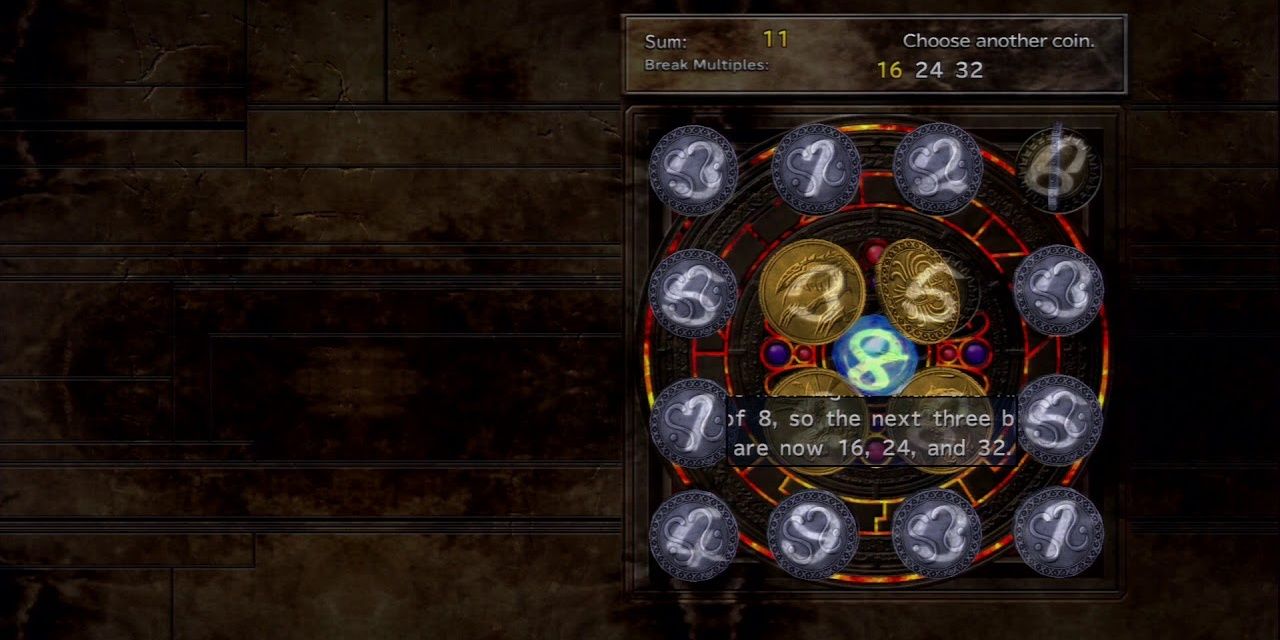 Final Fantasy 10 was a major departure for the series. It introduced voice acting, a more linear world, new composers, and even a more traditional turn-based combat. Then FF10-2 came along with another brand new concept, and with it a treasure trove of minigames for Yuna and Co. to indulge in.

A major addition amongst them was Sphere Break. Customary for Final Fantasy to introduce new board games of some variety, Sphere Break has you collecting and using entry coins to form multiples of a core number on the board until you win. It's a dense game that requires you to be good with numbers, but a win is immensely satisfying. 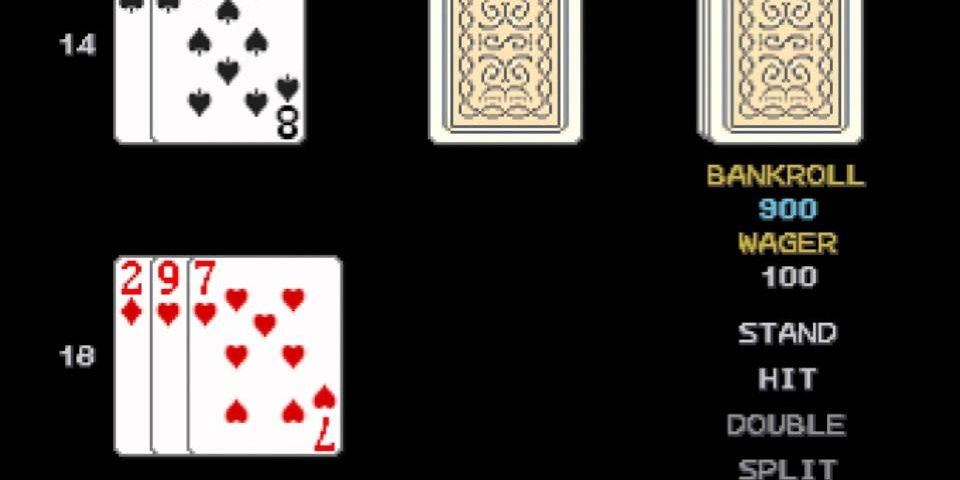 It has its own selection of minigames, including its own version of Triple Triad, Tetra Master. However, a more interesting addition is Blackjack. See, it's literally just the real-world card game, but it can only be accessed from the main menu with a certain button combo. It's fascinating that it's even included, and more so that it's so hidden. 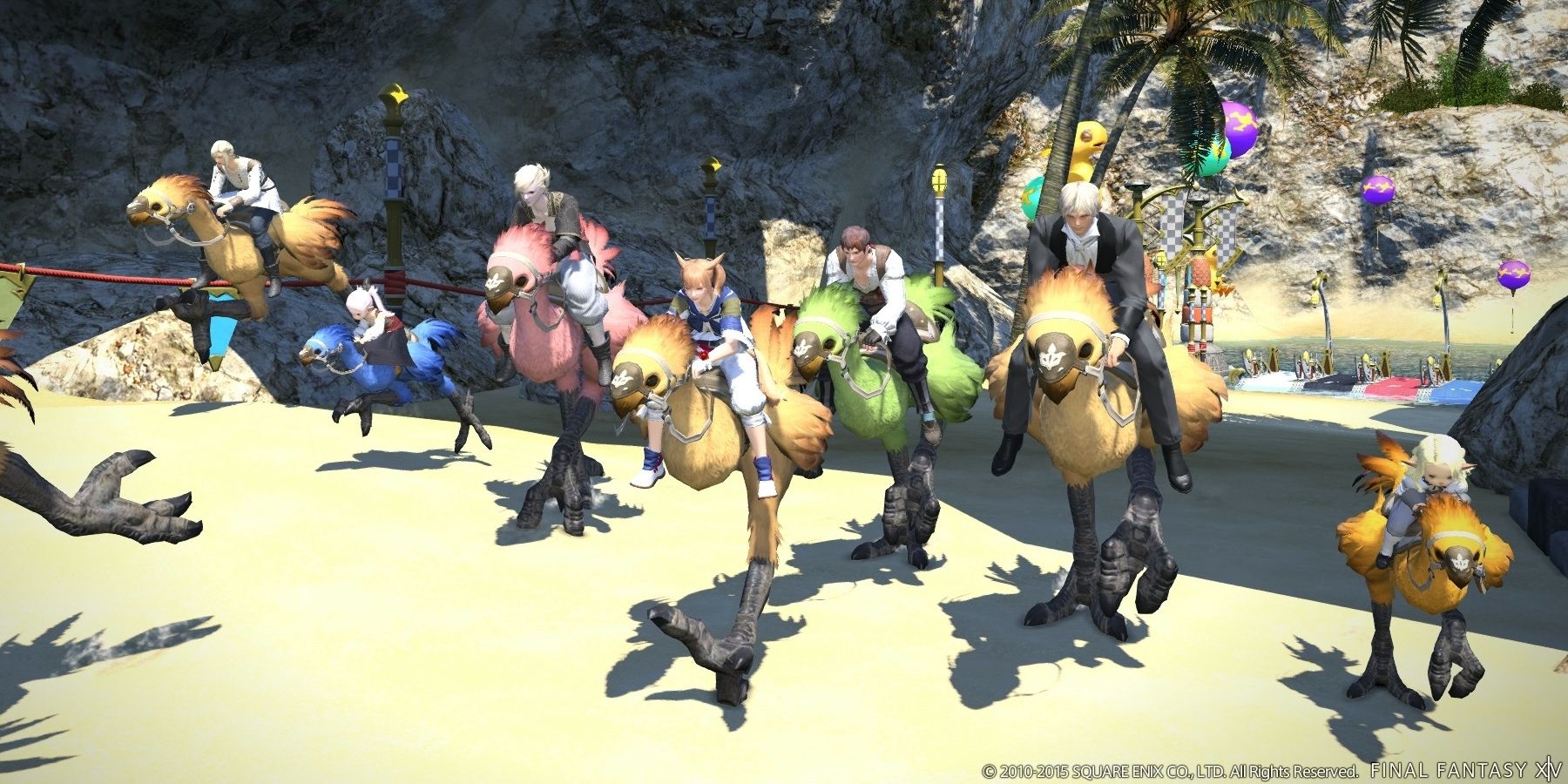 The critically acclaimed MMORPG Final Fantasy 14 doesn't really seem to ever slowdown, gaining more and more momentum with each expansion. As a result, it's likely one of Square Enix's most beloved titles. Like any good MMO, it's chock full of ways to invest your time outside of stories, be it a simple bard or indulging in minigames.

One of those is Chocobo racing. Final Fantasy has had Chocobo racing since FF7 in various forms, but this rendition has the rather major change of letting you race against actual players. The tracks are intricate, with various traps and boosts spread throughout, the weather affecting the terrain, and even Chocobo breeding involved to get the perfect racer.

Final Fantasy 7, which holds something of a monopoly on minigames in Final Fantasy, has too many to count. At times it can be hard to distinguish between a simple gameplay segment and a dedicated minigame. However, one minigame that grabbed attention in the original was Squats, which has come back in style in Remake.

Like in the original, it requires precise button presses to get the rhythm down. It can be challenging, but manageable — that is until Tifa wants to get involved, and the game morphs into doing pull-ups instead. Suddenly the speed increases and the buttons start disappearing. Perfection is needed here, more than just timing — you'll need to perfectly read animations. It's an intense feat that feels great when it's beaten. 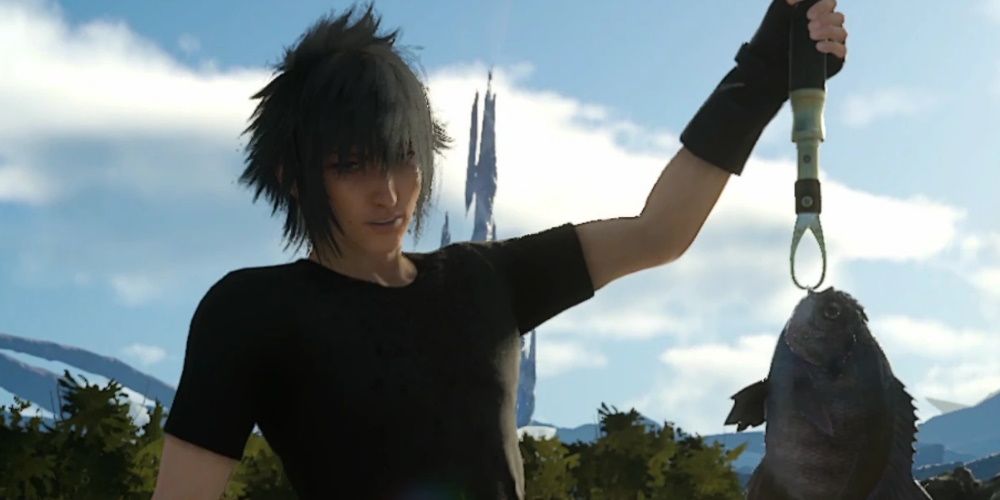 There's a lot that can be said for Final Fantasy 15. It had a rough development, changed from a complimentary game to FF13 to a full-fledged entry in its own right, and has a world and cast with so much heart that's just a little unclear. However, each party member feels well-realized, and Noctis' love of fishing is one you can share.

Sure, you're meant to be saving the world as the chosen one, but even you have to eat. So, sitting down by the various lakes and rivers of the world and casting a line can offer some welcome respite. There's plenty of fish to catch, and rods and bait to catch them with, and it all results in a healthy meal at the end of the day. 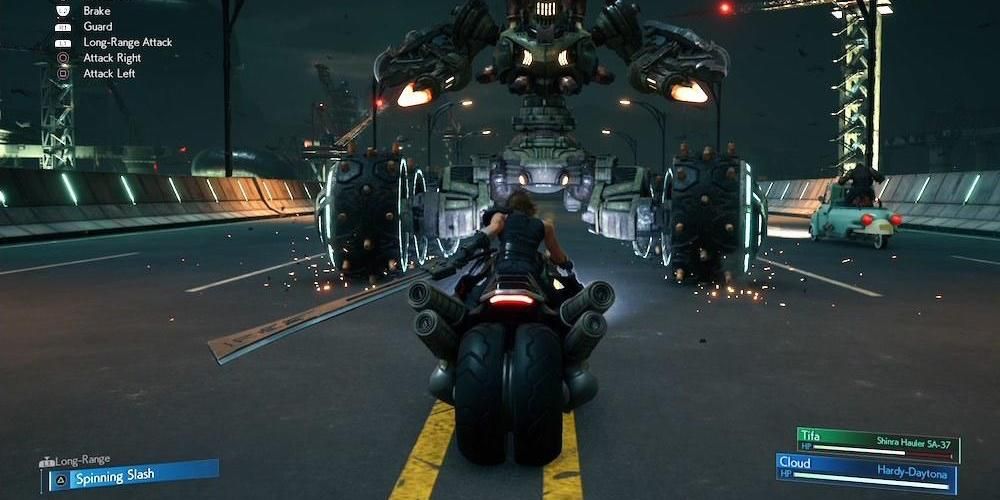 Another of Final Fantasy 7's beloved minigames is G-Bike. It's originally played during the escape from Midgar, running from Shinra and their machines while Cloud defends his friends on his bike. It's such a fascinating moment that works much better than it should, and can even be replayed later at the Gold Saucer.

It makes another appearance in Final Fantasy 7 Remake. First, when facing off against another Soldier who can somehow make his bike defy gravity, and again during the escape from Midgar. The encounter with Motor Ball is greatly expanded, both in terms of gameplay and reworking the setting to battle it on the bike, bringing the absurd sequence even more to life. 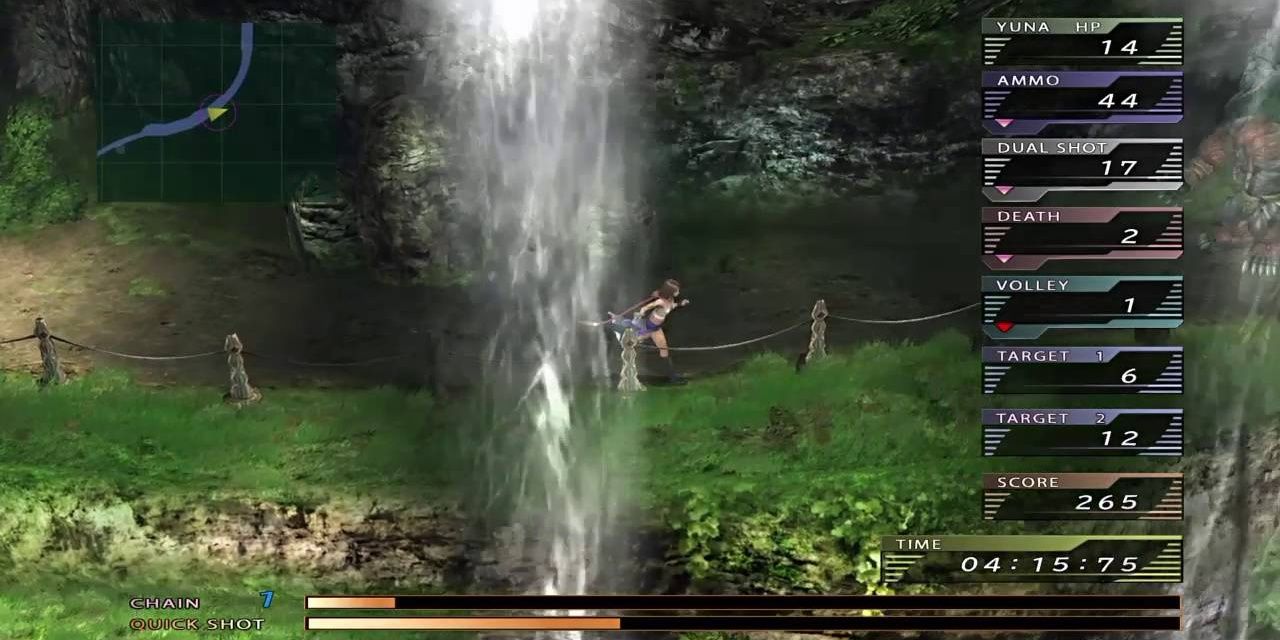 A trend that Square Enix kept up with later, Final Fantasy 10-2 was more than just a story sequel, but a chance to change some things with the gameplay. One of these was introducing an even more fast-paced ATB system. There was also a significant number of minigames.

These range from board games to protecting a little lizard, but Gunner's Gauntlet perhaps sums up the FF10-2 best. Yuna may have been a healer, but in Gunner's Gauntlet the game turns into a third-person shooter. It sees Yuna traveling along the Besaid beach, taking out enemies with unique ammo and looting treasure along the way. It's a far cry from FF10's rather meek Yuna. 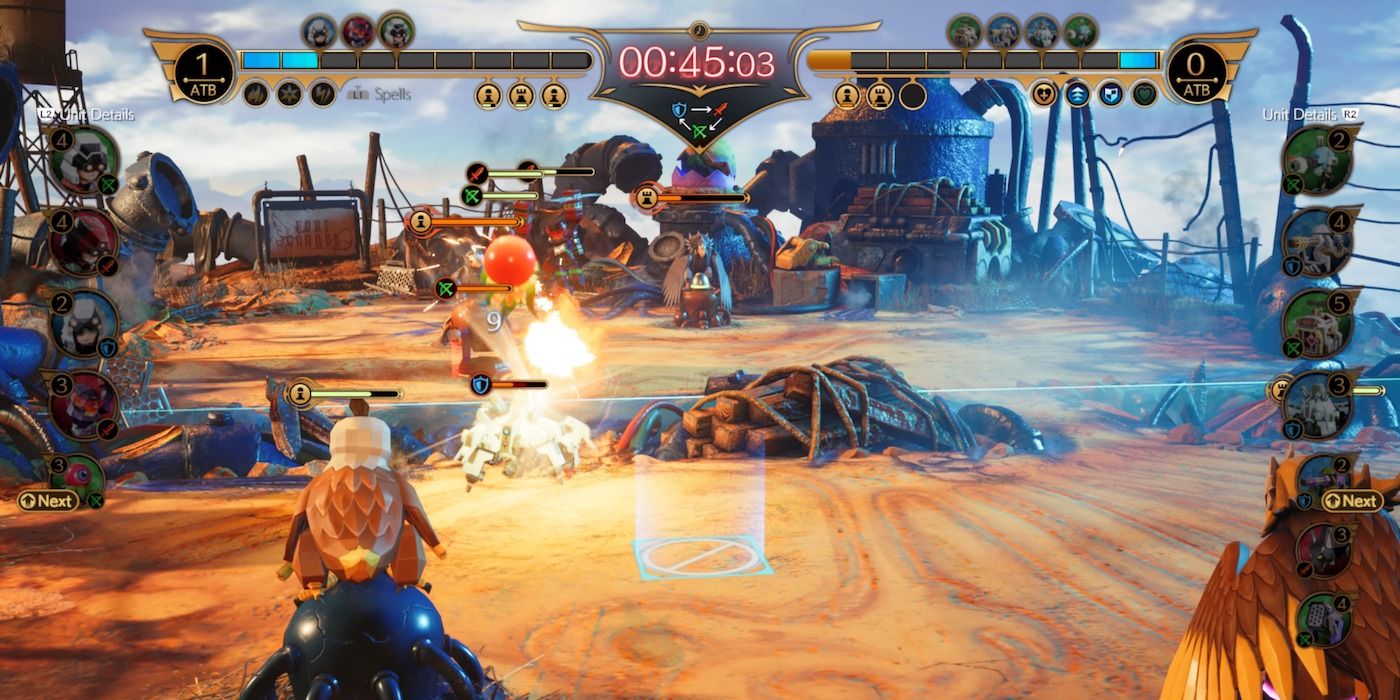 Another of FF7's famed minigames, Fort Condor has a…unique reputation. It is an undeniably interesting game, which sees you place various units along the path to your base to keep it defended from monsters. However, it can be painfully slow and hard to read, and everything is portrayed as rough polygonal shapes. This made it a bit difficult.

When it returned in FF7 Remake with Yuffie, it was joyous to see the changes it had gone through. Removed from its importance as a real location, Fort Condor feels at home on a board. You pick a loadout, place your units, and attack enemy bases and headquarters while defending your own. It's a great transition that fixes all of the issues of the original. 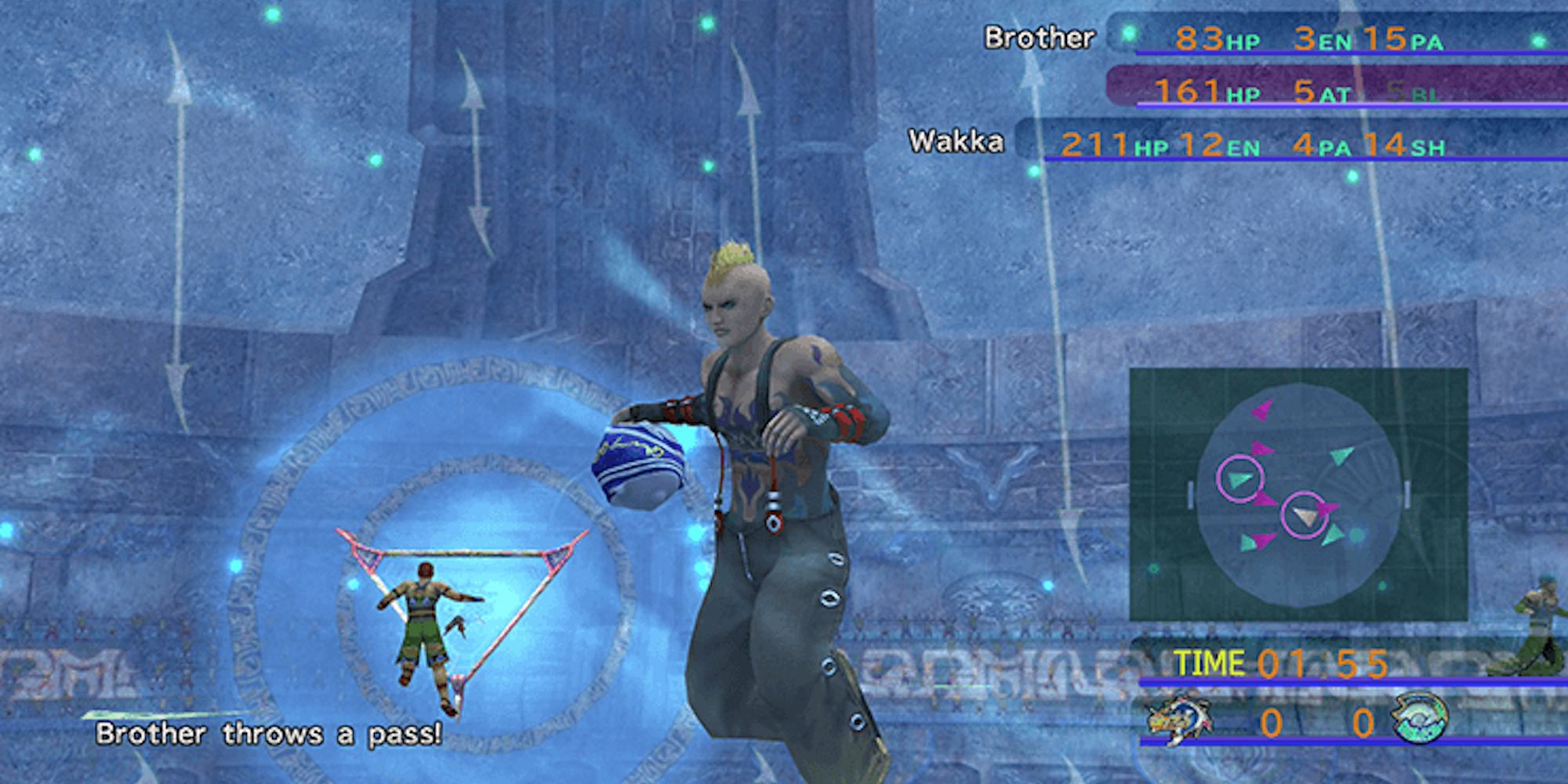 Pretty core to the experience of Final Fantasy 10 is the relationship between Tidus and his father. Jecht was something of a sports star, being best-in-class at Blitzball, the famed sport of their time. He was so devoted to his craft that he barely even acknowledged his son, viewing him as a failure for not living up to his ambitions.

So, maybe it's a bit ironic that Tidus himself can become a Blitzball star. Played entirely underwater, Blitzball has you passing a ball to score points. It's simple, until the various classes of players and special abilities get thrown in. You can eventually poach players from other teams, in order to build the strongest team the Blitzball world has ever seen. 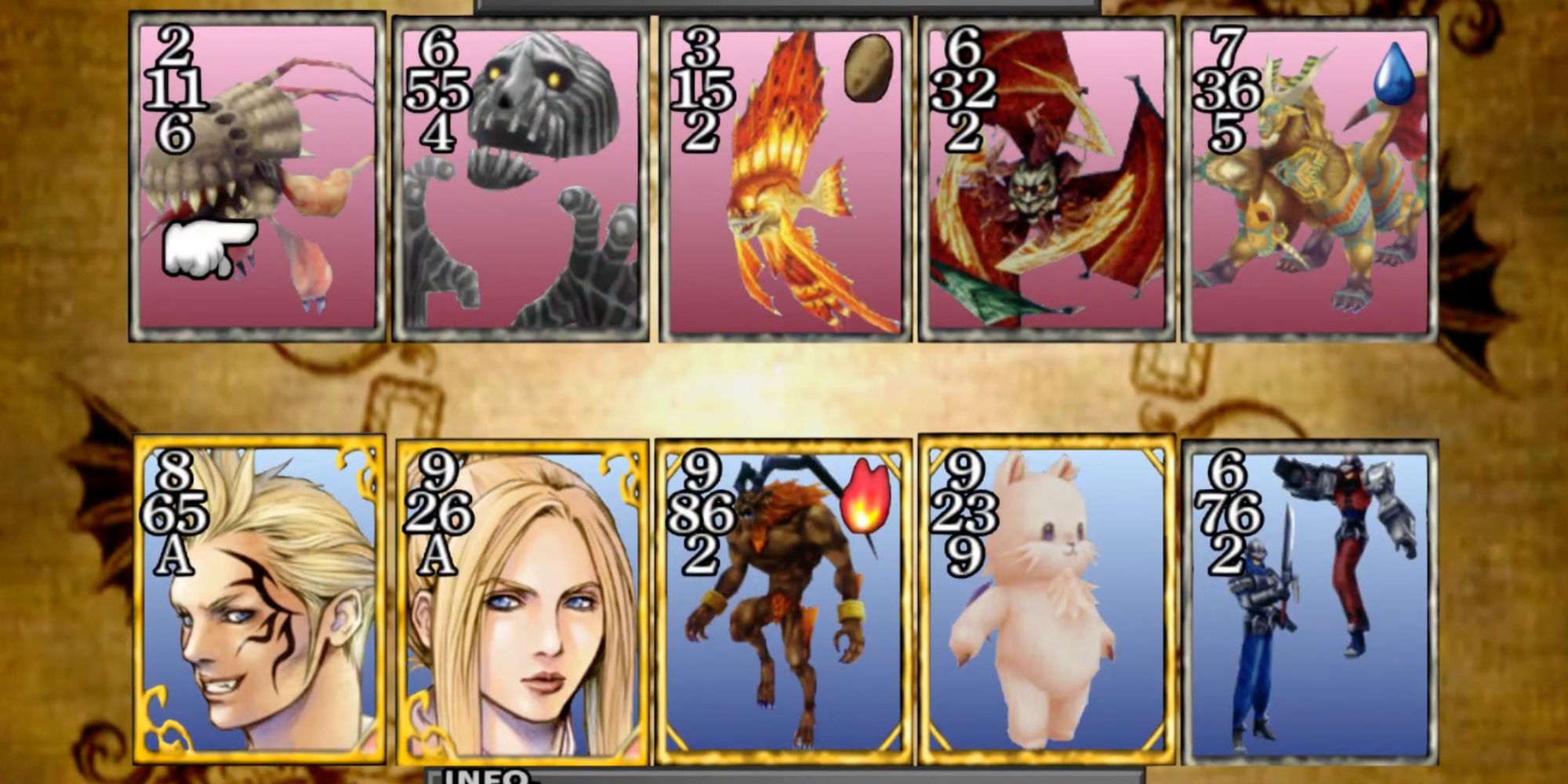 Final Fantasy 8 sits in an odd place. It drew heavily from FF7 while doing many of its own, new things, but fell to the wayside with the release of FF9 being so dramatically different. It's a great game that missed its spot in the sun, but one thing it is remembered for is introducing one of Final Fantasy's most famed minigames, Triple Triad.

Simply put, Triple Triad has you collecting cards to play against opponents, with higher values flipping adjacent cards on the board until you own the majority. Win, and you can take a card from your opponent. Lose, and you'll give up a card permanently. On top of that, rules continually change around the world, meaning you'll have to constantly adapt your strategies.