During Nintendo’s February 2021 Nintendo Direct, viewers were treated to the classic Nintendo ‘one more thing’ with a surprise reveal of Splatoon 3. Somewhat unexpected due to the continued support and success of Splatoon 2, this title will likely have to mark a clear line between itself and the predecessor to grab the player’s attention.

Luckily the initial trailer has plenty of interesting elements for us to dissect, with plenty more elements hidden in every frame that players have some serious questions about. 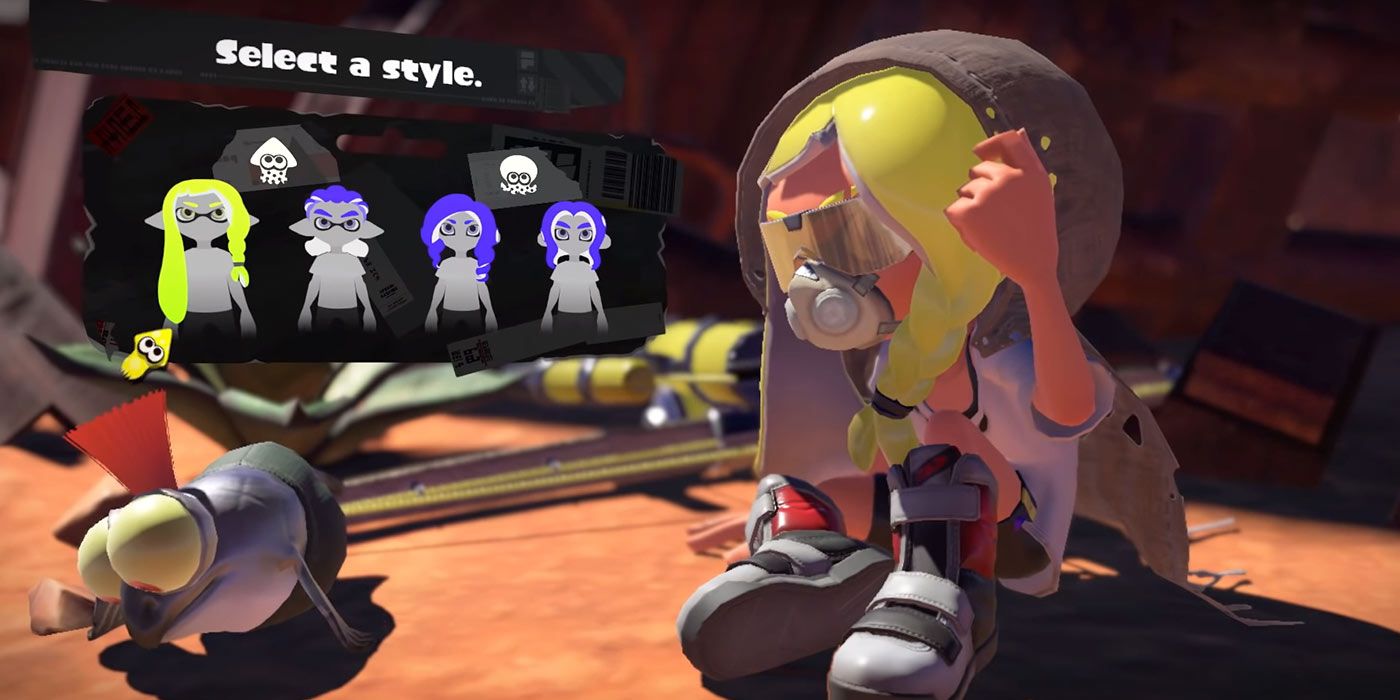 In the first few seconds of this trailer, we not only see that we can choose between an Inkling or previous antagonists Octolings in the character creator, but also that the main character is now accompanied by a Smallfry Salmonid who will assumably aid player’s quests.

The landscape shown truly embraces the Chaos player’s voted for in Splatoon 2s final Splatfest, so the question is both who caused this devastation? And what new enemy is so bad that the combined forces of Inklings and Octolings have to take it down?

9 What Does The Salmonid Do? – From Small Fry To Small Friend 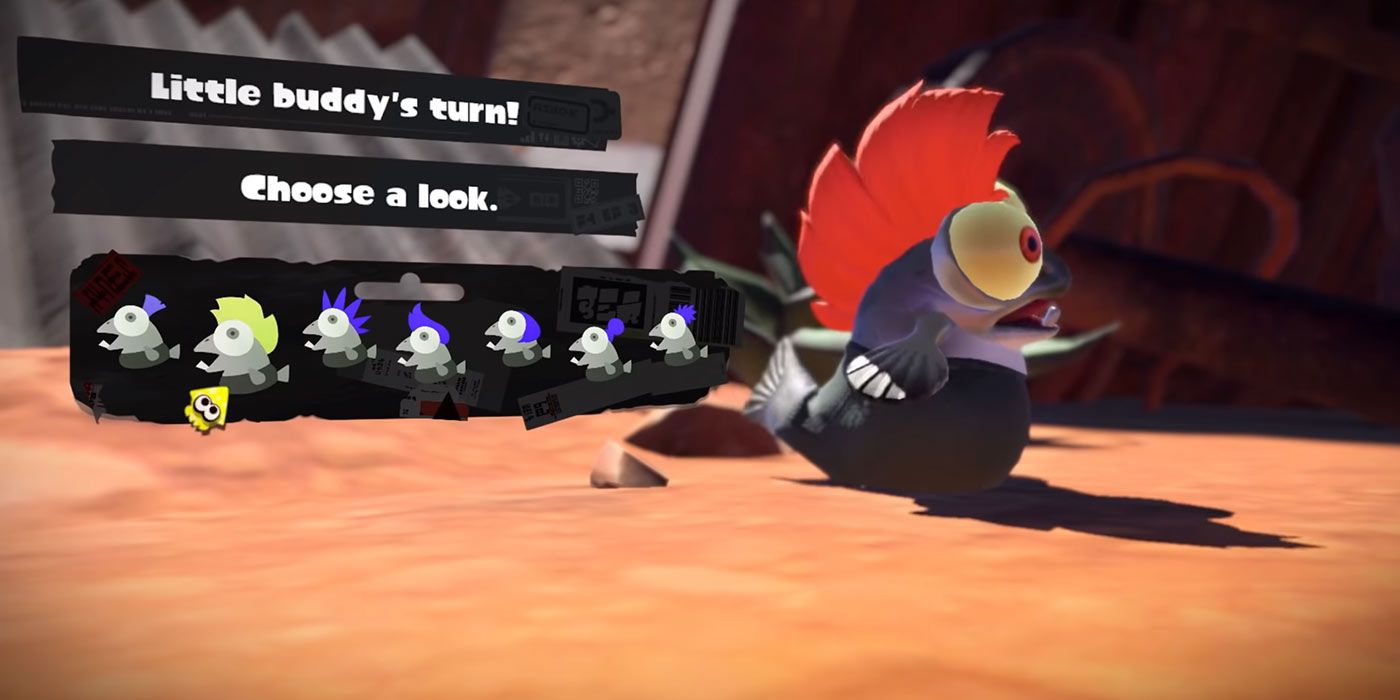 They’re tiny, they’re vicious, and apparently, know they are friendly? There’s not much information to glean in the reveal trailer about what Salmonids could mean for Splatoon 3, but there are a few seconds of the creatures following the main player in the desert.

It seems like they’re likely going to be your companion in the new Story Mode, but do they also appear as helpers in Multiplayer? Do they buff you in battles? Can outfits for them be unlocked? And most importantly, can you pet the Salmonid?

8 What Happened To The World? – What An Eiffel 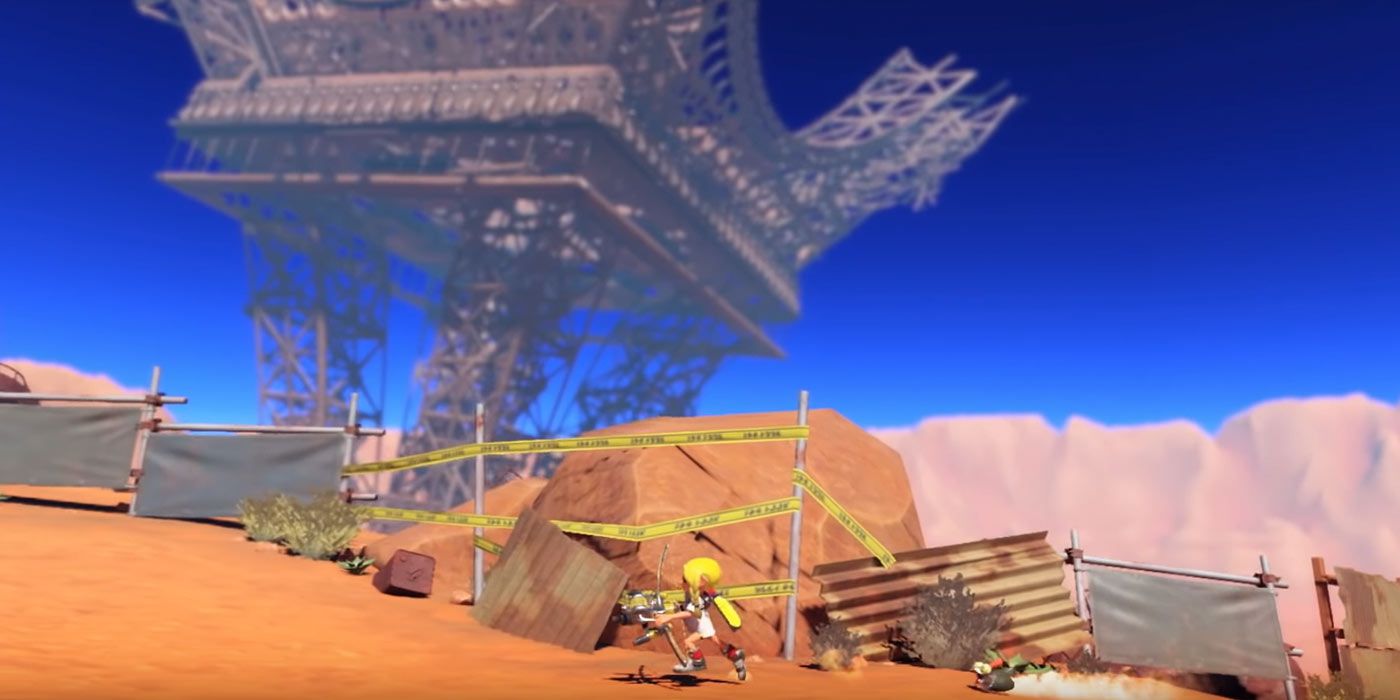 Splatoon lore is a weirdly wild ride, but the general gist of it so far is that the world ended and the oceans rose to kill humans. Thus the Inklings and Octolings evolved from their respective sea creatures and too over the world.

But Splatoon 3 seems to take place at least partially in a desert, so something big must have happened to change the world this much. Not to mention that the trailer shows the Eiffel Tower buried upside down in a giant sand dune. What have the French done now?

7 What Else Is In The New City? – Who Built This City? 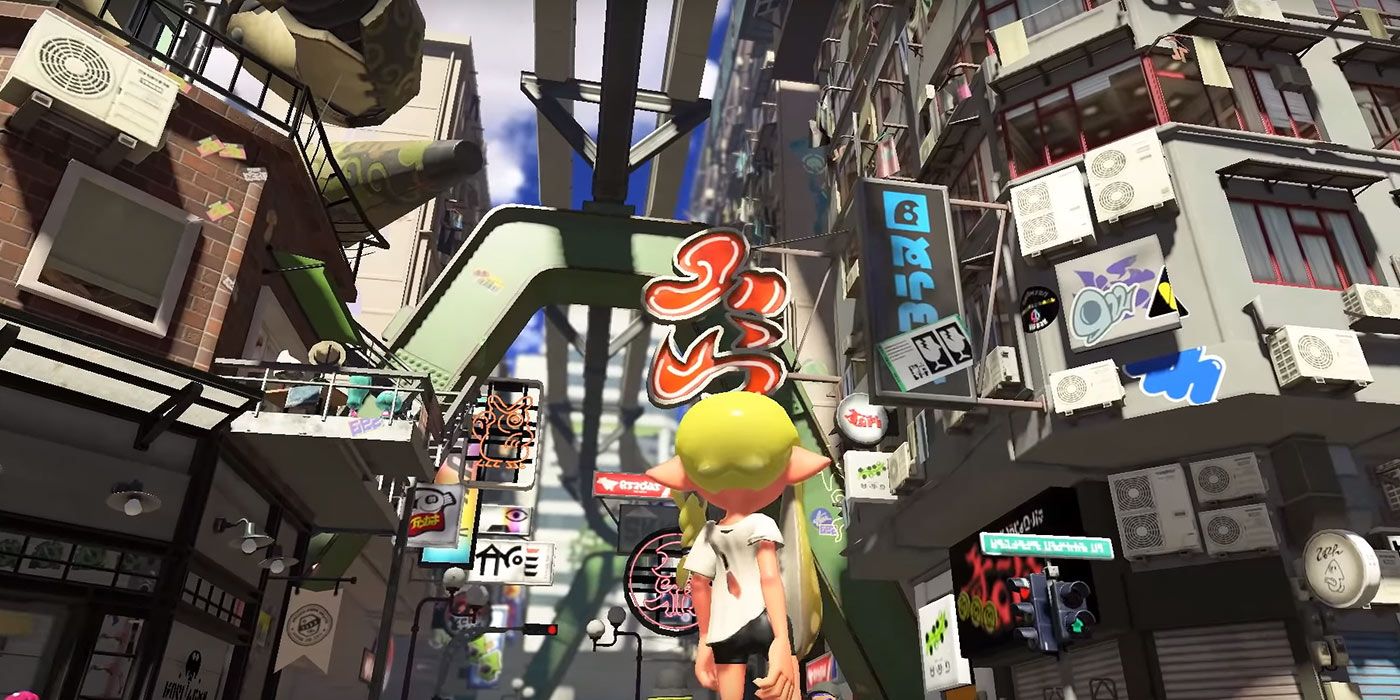 The main hub of Splatoon 3 is an area called Splatsville, an area with steep vertical buildings seemingly developed after the events of Splatoon 2s final Splatfest, involving Chaos Vs Order. It seems markedly bigger than any previous hub area, so there’s plenty of scope for new buildings.

Perhaps an arcade for some more Splatoon mini-games, maybe a skatepark, or maybe even an apartment that players could decorate? There’s enough space to hide plenty of content.

6 Can We Ride A Scooter Around? – Vespa-lapod 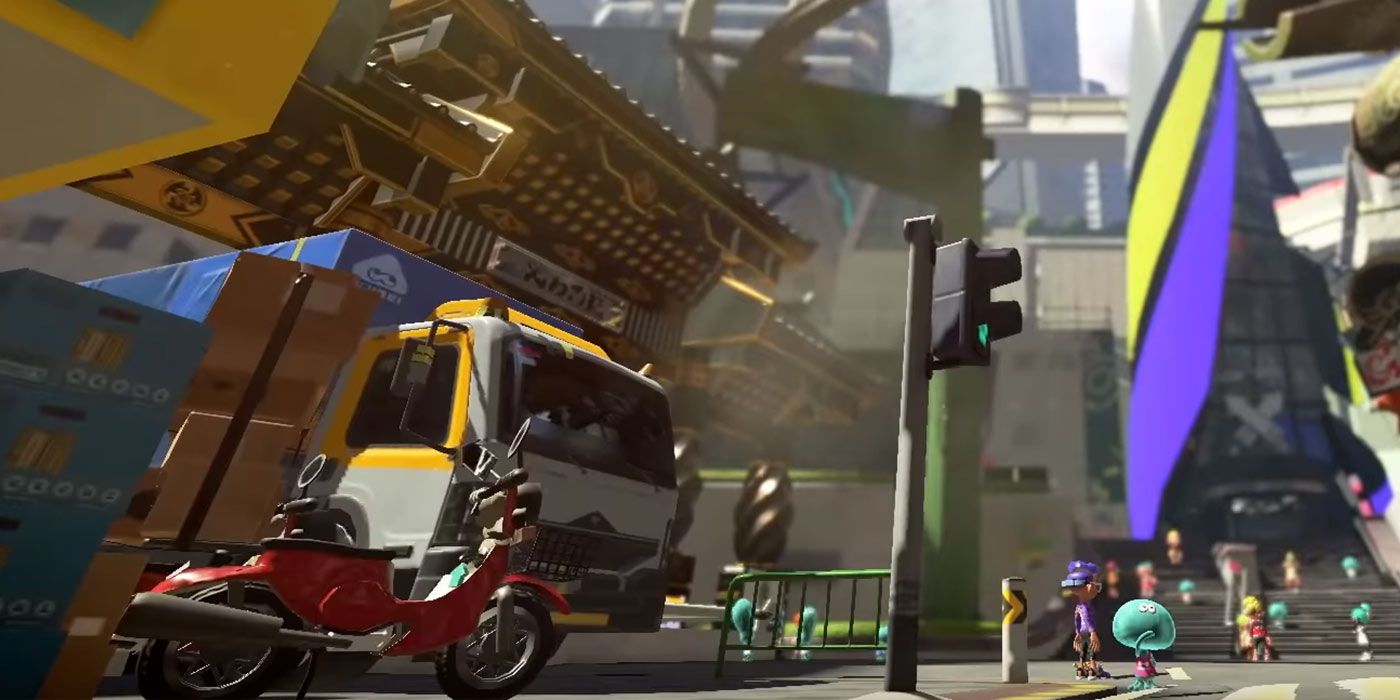 It appears very briefly in the Splatoon 3 reveal trailer, but there is unmistakably both a Scooter and a sign for what appears to be a Scooter Shop. If Splatsville is much bigger than previous hub areas, having a Scooter to explore would be a fantastic addition to the series.

Perhaps it could even be customizable with different parts or stickers? Any chance for players to show off more style in Splatoon is appreciated by the fans. 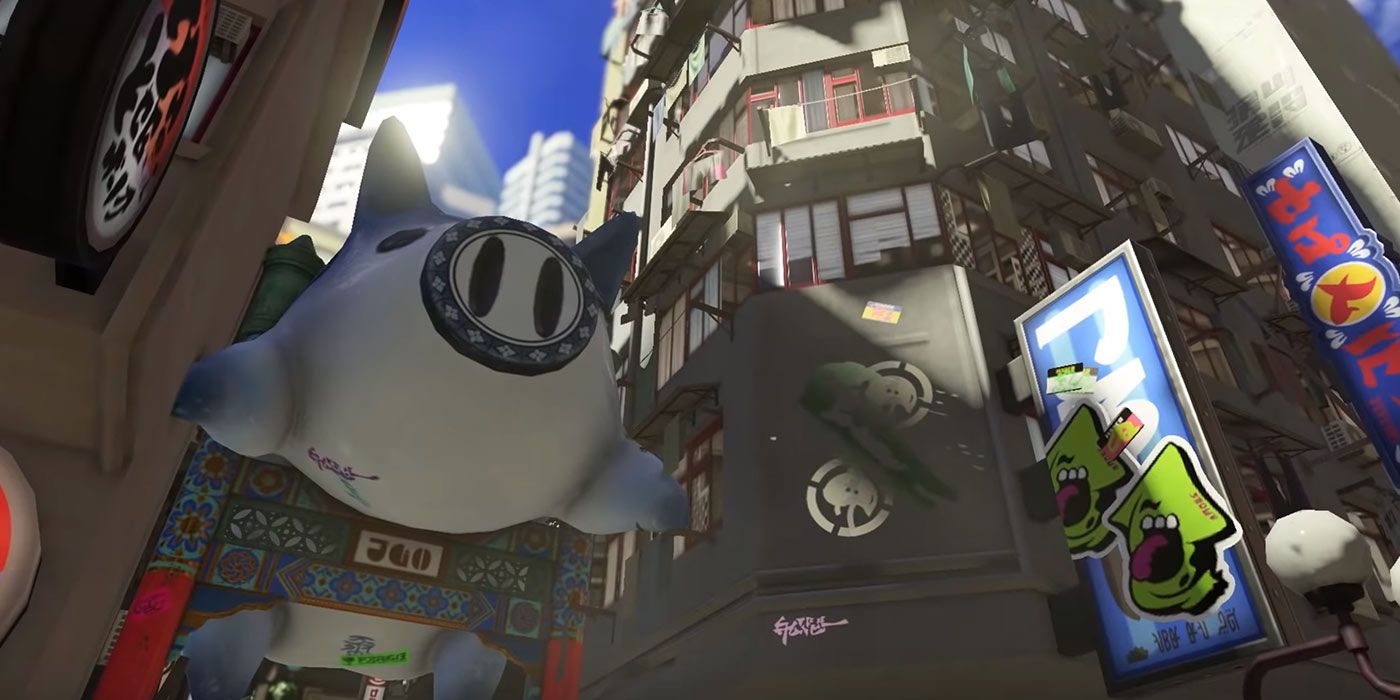 Yes, there are large animal statues in the Splatoon hub areas that mean nothing; but this large object seems to be a porcelain pig, and also seems to be hanging over a new area. If Salmon Run isn’t returning, which perhaps it isn’t if the Salmonids are now friendly, perhaps a new mode could be hidden within this area?

But why a pig? In the Chinese zodiac, the pig is associated with the element of water, so perhaps this leads to a new mode involving players stuck at sea? It’s a reach, but there’s not much to go on yet folks.

4 How Much Has Story Mode Changed? – An Ink-redible Tale

From the first few glimpses of the players customizing a character, and then moving through the desert to find a train station, it’s clear we are already far removed from the Splatoon of old. Instead of just dumping players straight into the plaza, and the Story Mode being a series of levels just floating around, maybe this time the Story Mode is a grander experience and integral to the game.

The Octo Expansion is arguably the best the Splatoon Story has ever been, so the team has steadily improved the formula already. A much bigger scope and impactful story could be just what the sequel needs to set it apart.

3 What Else Can We Customise? – Tenta-Cool 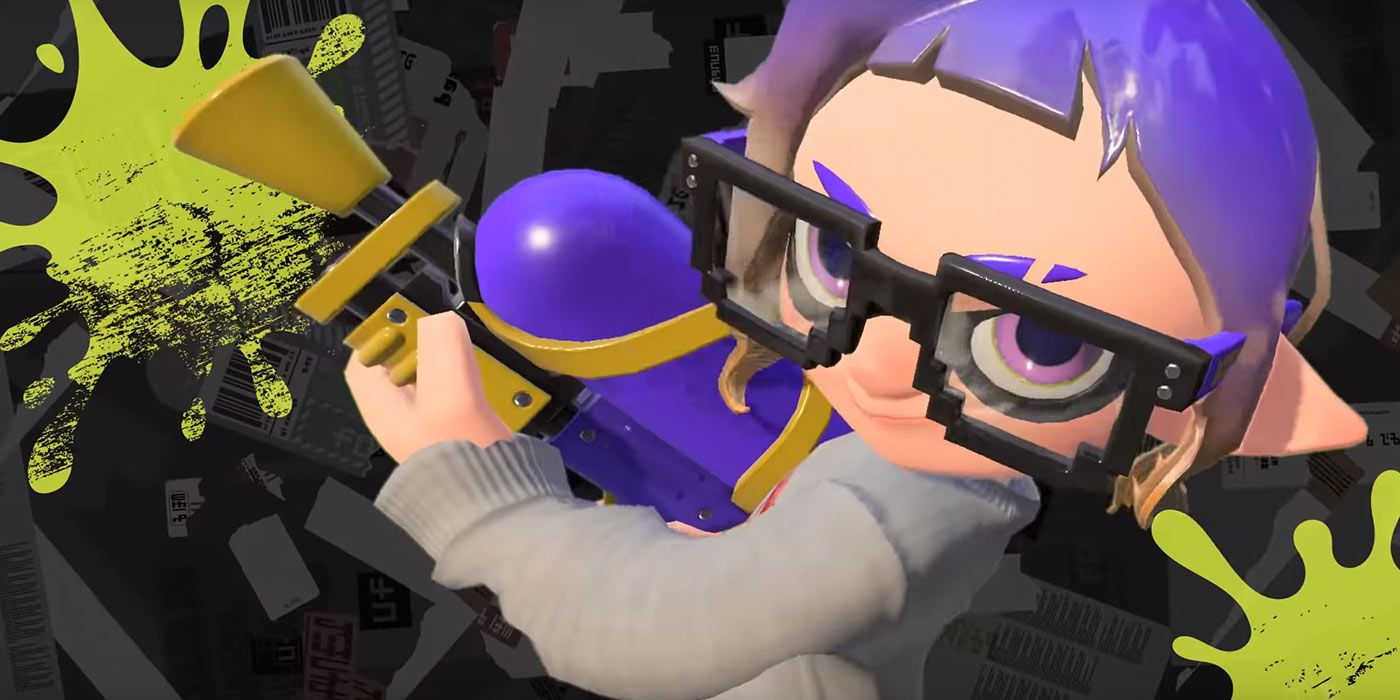 Splatoon is all about style. While every item has a function, players love to look good while they play and try to balance their outfits accordingly. So any chance for players to further flex their fashion chops is a good thing.

Maybe it’s time for Splatoon to let us run wild with customization, give us more options to change up hairstyles, design our own clothes or even let us relax in an apartment we can decorate? For a series so focused on fashion, many would appreciate Nintendo fostering that creative community even further.

2 How Has Gameplay Improved? – You And Whose Calamari? 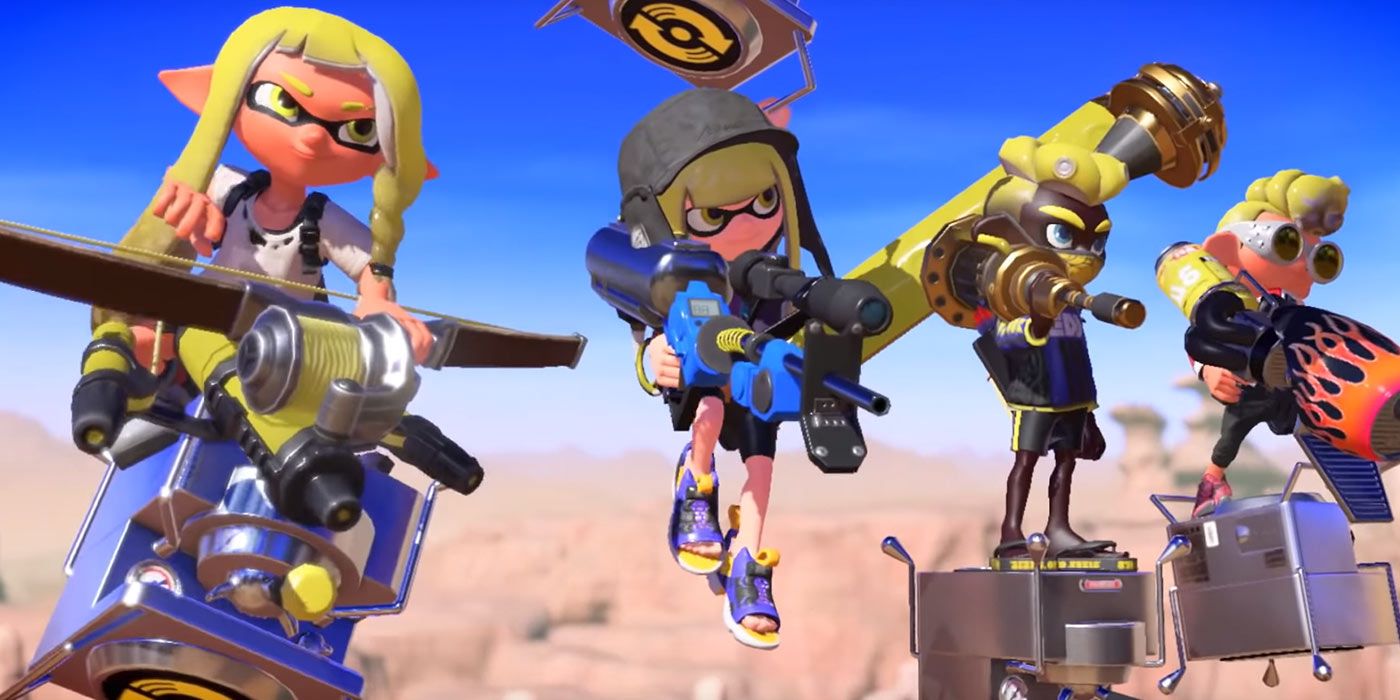 Even in just a few minutes, of footage, there are already some obvious changes to gameplay in Splatoon 3. From Flying Spawning Drones letting players choose where to land to Squids rolling in mid-air and possibly evading, there’s already plenty of small touches.

However getting a direct sequel on the same console begs for a strong distinction between the two, so while it seems Story Mode may be the focus right now, Splatoon 3 likely needs to see some other huge improvements before many players will part with their cash. Improvements to multiplier lobbies would certainly be appreciated, or at least let players change their loadout between matches finally.

1 New Weapons? – The Heart Of The Splatter 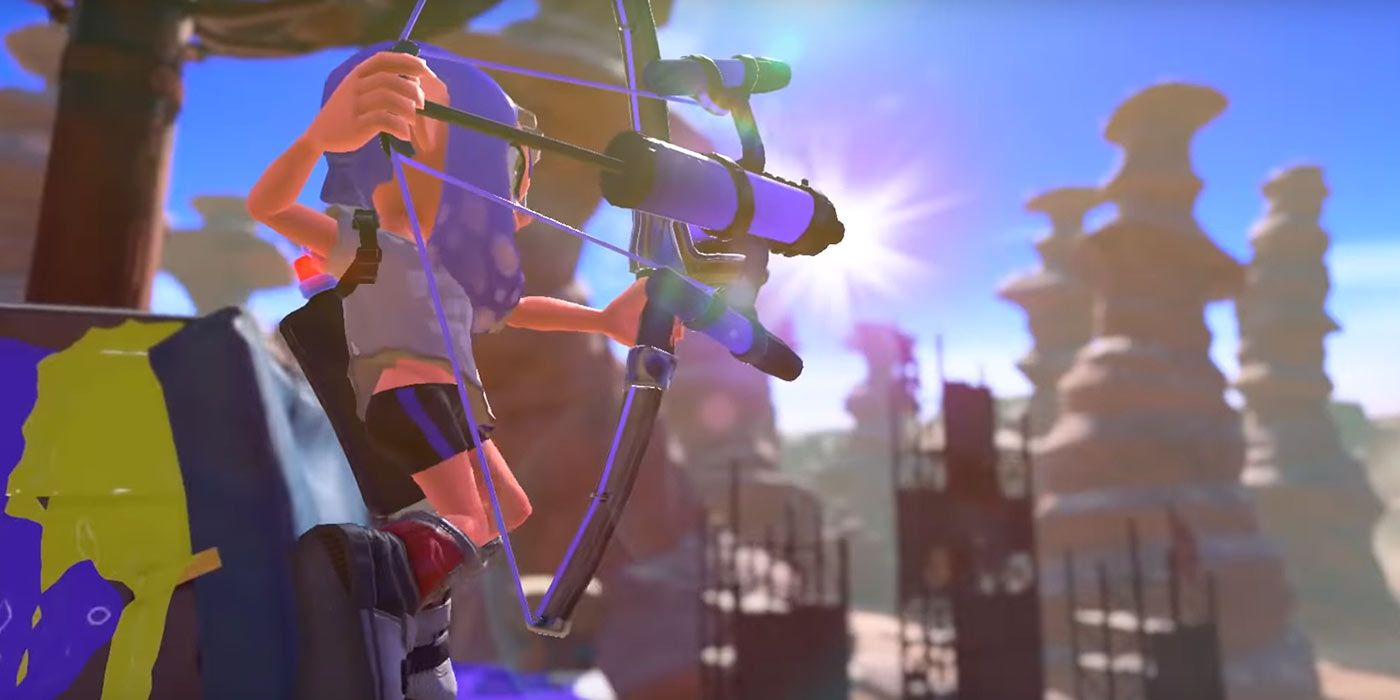 Players can already see a new addition in the form of a Long Bow, and a minor adjustment to some old favorites, but half the fun of Splatoon is unlocking and experimenting with new weapons so hopefully, there’s much more below the surface. Splatoon 2 also brought a swathe of changes to special attacks, each having a decent impact on competitive play, so it’ll be interesting to see what else the developers can come up with.

With a higher focus on Chaos and the desert setting, hopefully, Splatoon 3 goes wild with the concept and showcases some truly insane weapon combinations to help players splat friends with a smile on their faces.