10 Characters We Hope Come Back In Return To Monkey Island

Over five games, the Monkey Island series has accrued quite a colorful cast of characters. Some pop up more than once, but most of them end up being one-and-done appearances that enrich the tri-island area and the rest of the Caribbean. It will be very interesting to see if any of them pop up in Return to Monkey Island. Though Ron Gilbert has made it clear that this new game will follow on from the second installment, there's nothing stopping him from using characters from all five games!

We'll take it for granted that the staples will appear. Elaine, LeChuck, the Voodoo Lady, and Guybrush himself are integral parts of the Monkey Island universe and a game without all four would be unthinkable. Heck, throw Stan and his magic jacket in there too. 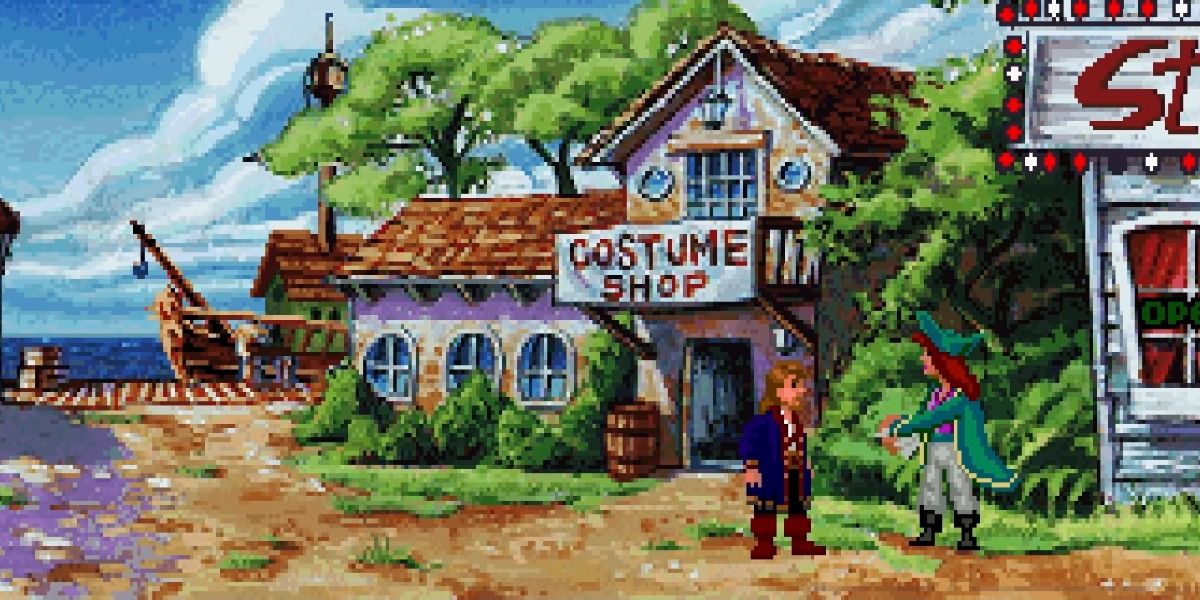 Met on Booty Island in Monkey Island 2: LeChuck's Revenge, Kate Capsize is the owner of the glass-bottomed boat and gives tours of the ocean for the steep price of 6,000 pieces of eight. Hiring her and her boat is the key to an early-game puzzle, and a troubling series of events following this gets Kate framed and arrested for all of Guybrush's crimes – of which there are many.

This would be something compelling to follow up on in Return – Kate would undoubtedly be more than ticked off that she got put in jail for Threepwood's misdeeds, and his comeuppance would certainly be hilarious and well-deserved. 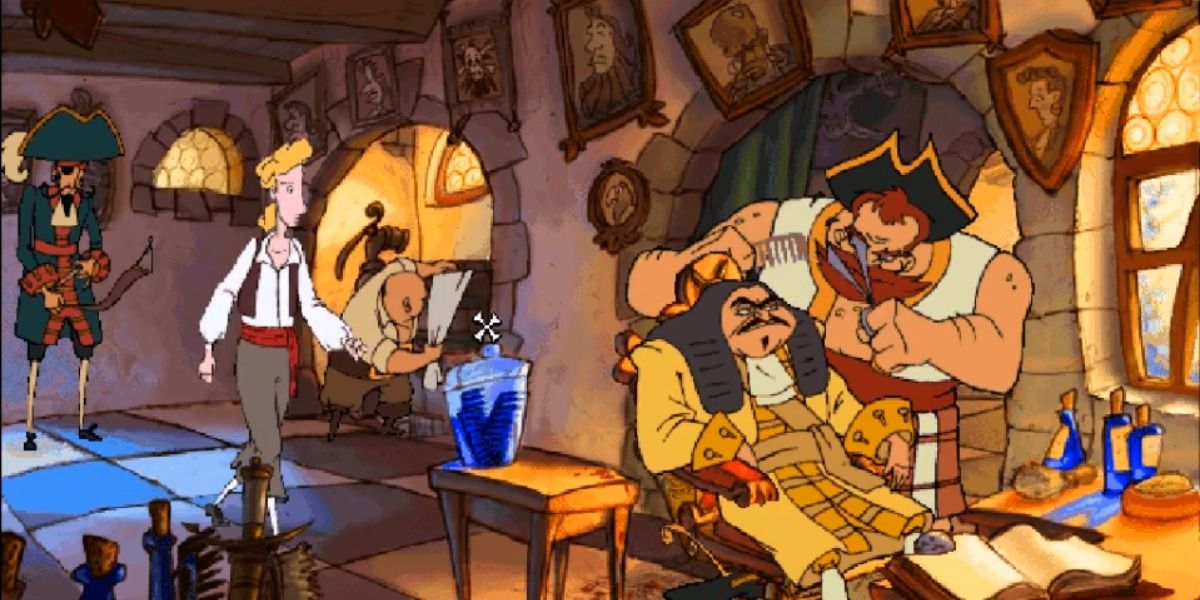 Edward Van Helgen, Cutthroat Bill, and Haggis McMutton make up the pirates of the Barbery Coast. They run a hairdresser on Plunder Island and end up being the next three bouffant-creating buccaneers to throw in with Guybrush and become his crew.

Of the pirates Guybrush has sailed with, the coastal barbers are amongst the most jovial, and it would be fantastic to hear them sing at length about the pleasures of piracy once again. Pirates they were meant to be, trim the sails and roam the sea. 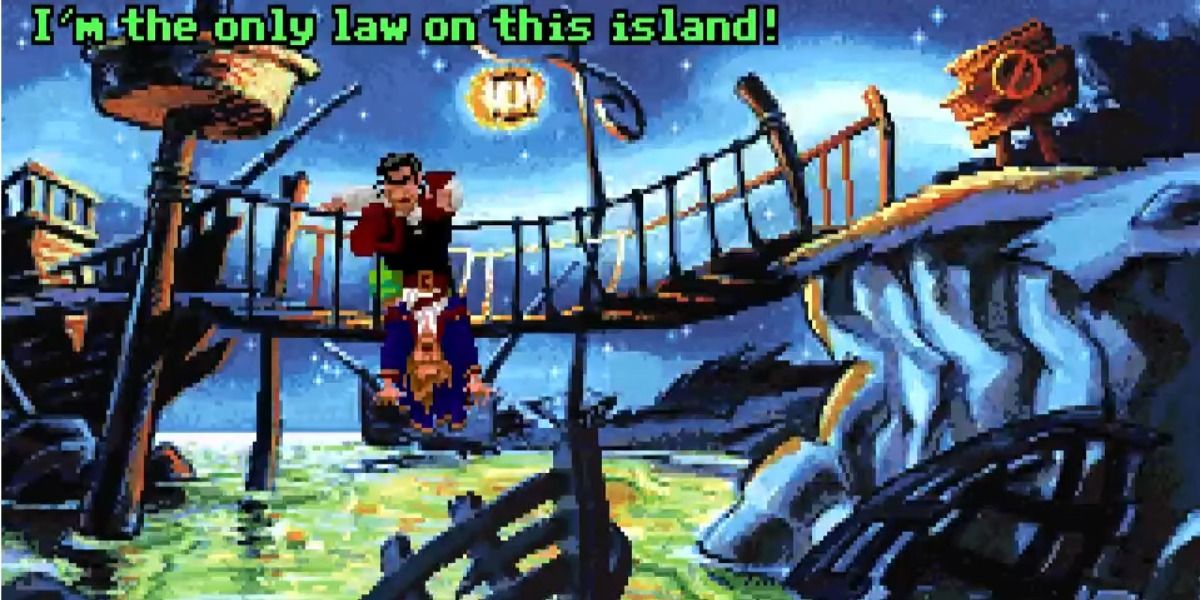 While LeChuck is always the main antagonist of a Monkey Island game, a few others have stepped into evil boots to terrorize Guybrush, such as the Marquis DeSinge and Pegnose Pete. Largo LaGrande, however, takes the cake.

He has a threatening, brutish aura that makes him so easily dislikeable. While it seemed like he perished in the finalé of Monkey Island 2, death doesn't feel like the end of a character's story in this series. 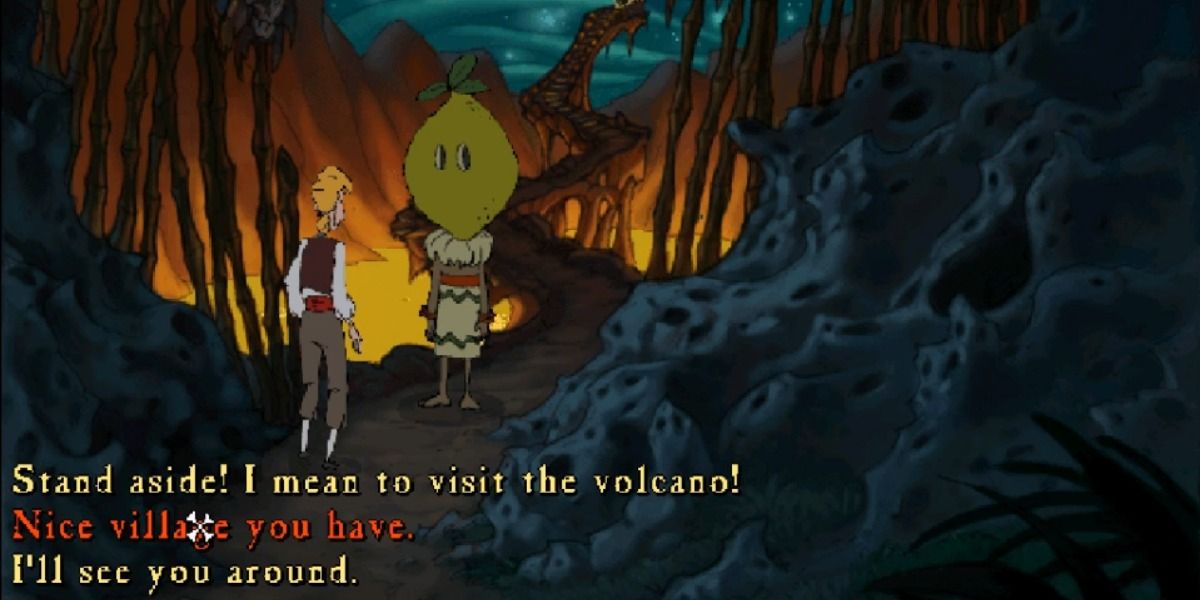 Originating in The Secret of Monkey Island, Lemonhead is a cannibal-turned-vegetarian when we meet him in Curse. The bluntness with which he extols the virtues of vegetarianism is nothing less than gut-busting.

It would be great, then, to see him come back. Maybe he's renounced his vegetarianism after one too many eruptions from his lactose-intolerant volcano god, or perhaps he's gone further off the deep end and become a level seven vegan. They don't eat anything that casts a shadow, you know. 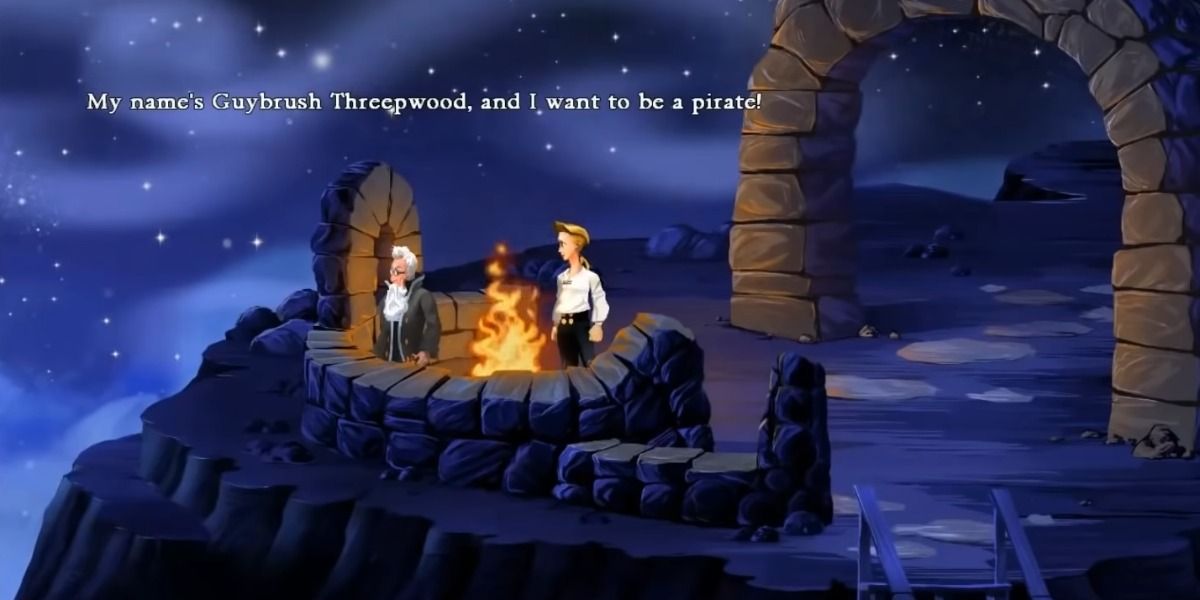 The Mêlée Island lookout is pretty iconic at this point. He's the first character that Guybrush Threepwood ever talks to on his piratey adventure, and for that reason alone, he's worth including – after so many years, it would make sense.

Whether he comes back in his role as a snarky lookout with not much to say or in a more substantial, puzzle-centric role, the inclusion of the lookout in Return to Monkey Island would tug at the nostalgic heartstrings. 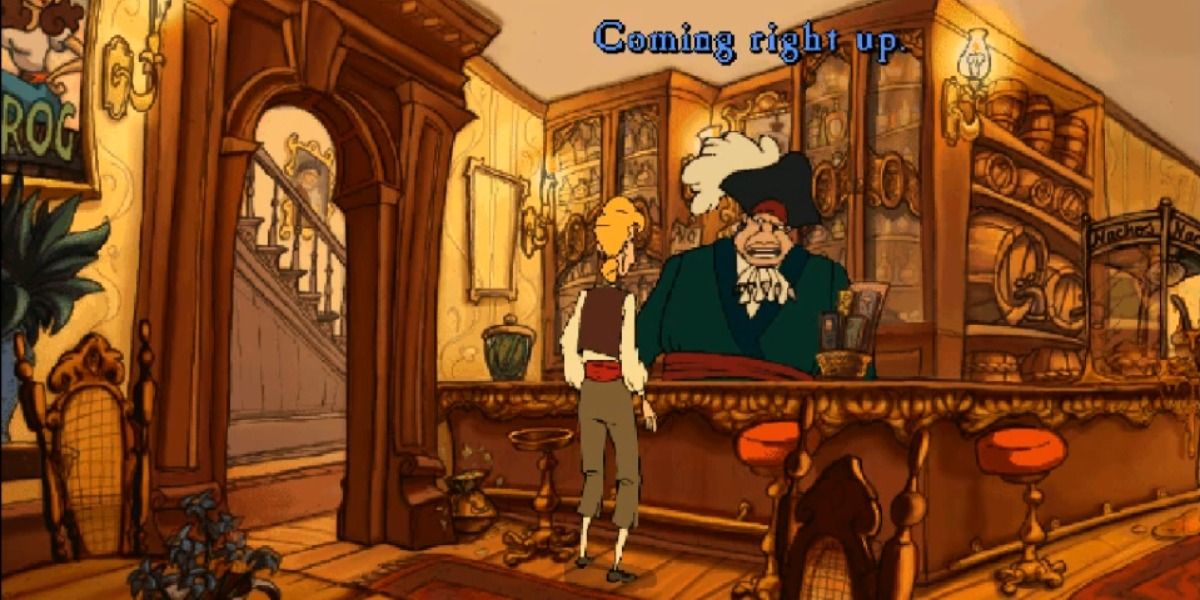 Griswold Goodsoup is a very memorable character for a few reasons. First, he witnesses Guybrush die and doesn't seem phased by it at all. Multiple times. Second, he's one of the friendliest characters in the series, never once giving Guybrush any attitude or opaque puzzles to ponder.

Finally, Guybrush manages to convince him that the two are related, and we never got to see the repercussions of that lie. For that alone, Griswold deserves to be in Return. He'd surely forgive Guybrush his transgressions. Griswold is chill like that.

4 The Men Of Low Moral Fiber 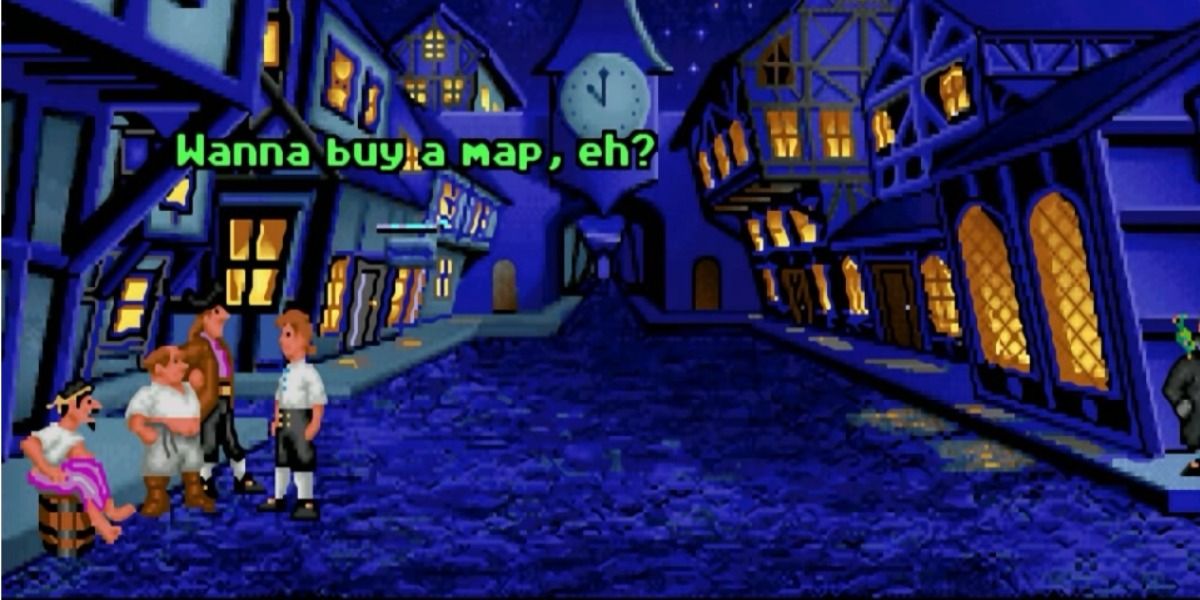 Appearing in both of the first games, the Men of Low Moral Fiber add a lot of life to the world. Sick of pirating, they decided to abandon the seas and start up a circus with their trained rat, Muenster Monster.

Only somewhat related to whatever the plot is at the moment, having these less-than-fine fellows around would be a great nod to their legacy as slightly forgettable yet amiable NPCs who always manage to elicit a smile on replays. 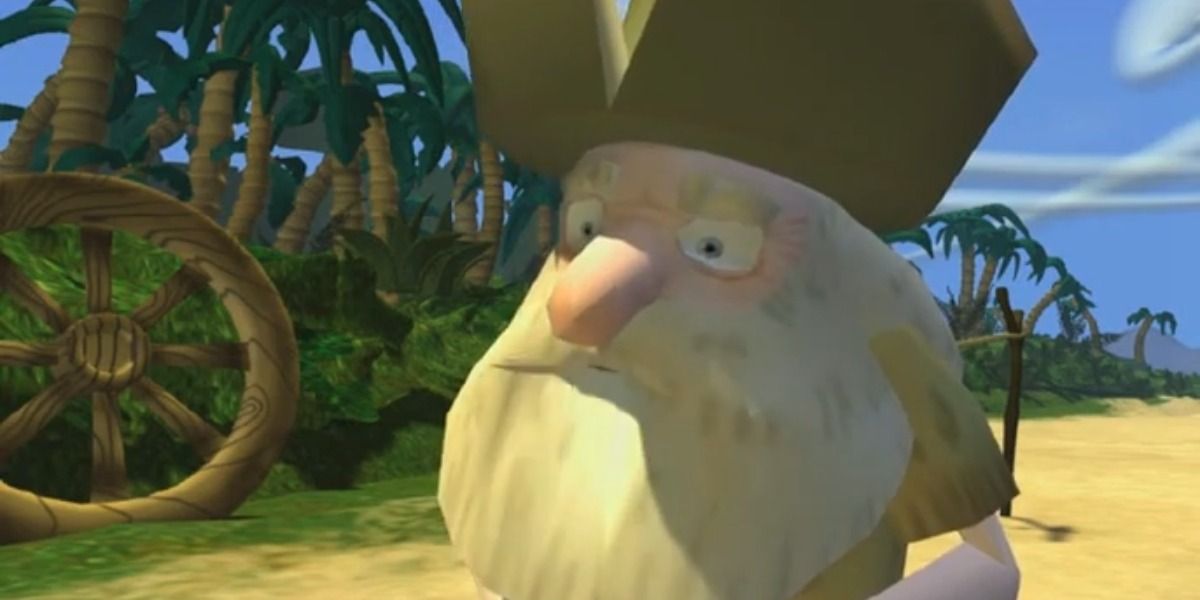 It's revealed rather shockingly in Escape From Monkey Island that Herman Toothrot, the hermit who lives on Monkey Island after going missing while on the hunt for Big Whoop, is, in fact Elaine Marley's grandfather.

With this reveal happening in a non-Ron Gilbert game, it remains to be seen whether this tidbit will remain canon, be retconned, or end up left out altogether. Either way, it would be great to see this doddering old man back for yet another undoubtedly frustrating puzzle. 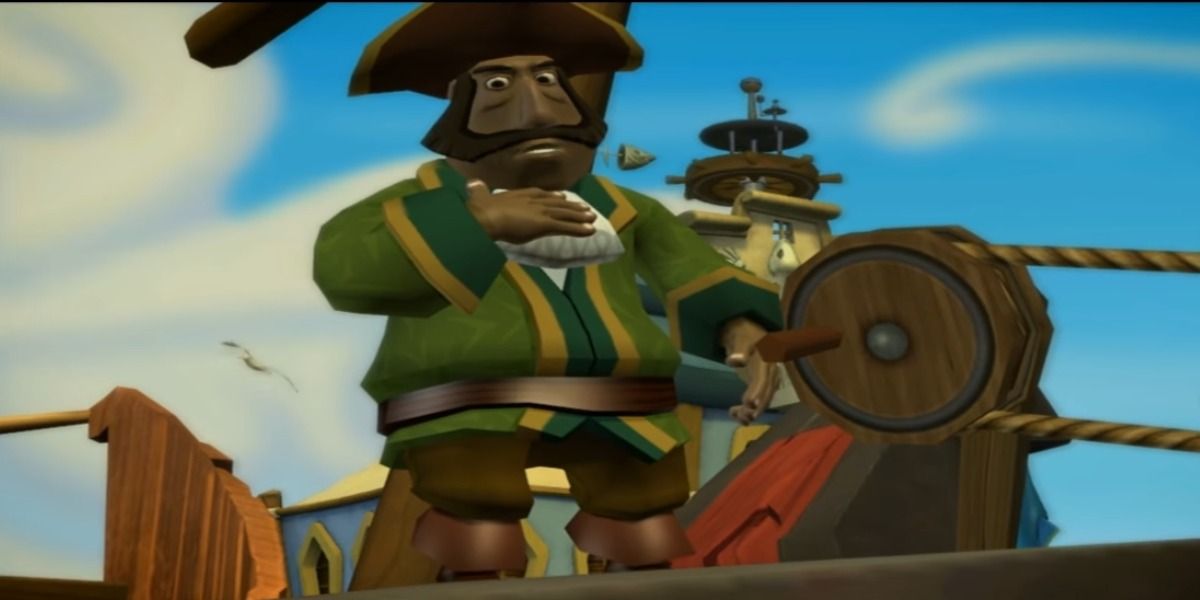 Winslow is the map-loving ex-captain of the Screaming Narwhal, the ship that Guybrush commandeers during Tales of Monkey Island. He becomes a pal and confidant to Guybrush during his quest for La Esponja Grande and ends up being a beloved character as a result.

Eventually, he ends up getting into a relationship with Anemone the Vacaylian – a rare romantic story that doesn't involve Guybrush and Elaine for Monkey Island. It would be cute to see them both in the next game. 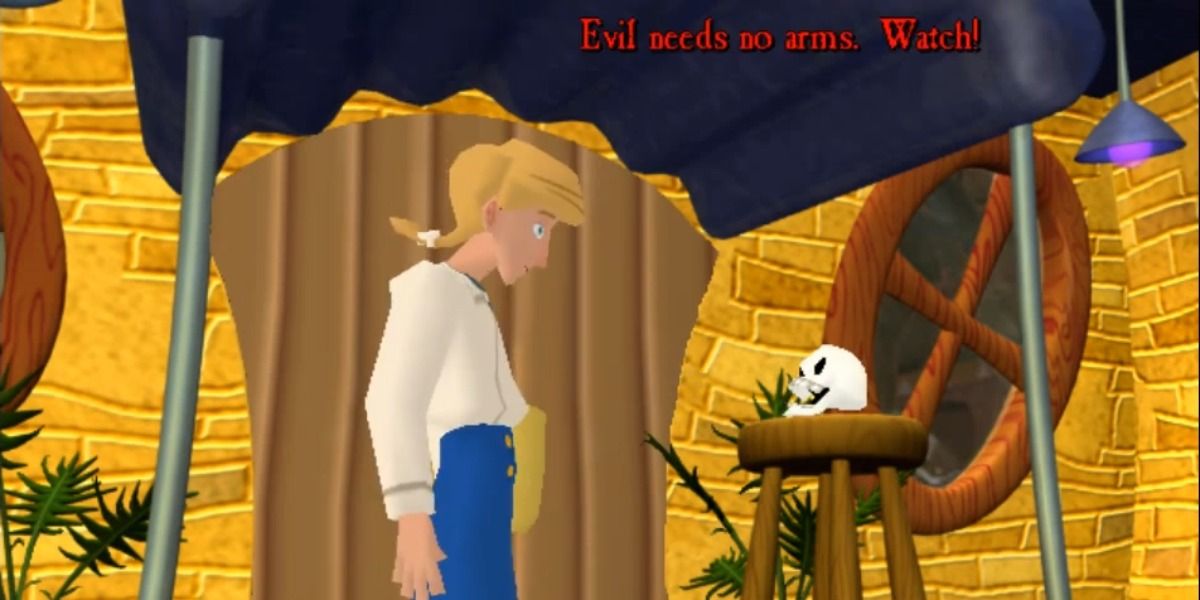 Since this demonic skull was featured in the announcement trailer for Return to Monkey Island, there was little doubt that Murray would be in the game itself. Ron Gilbert has since clarified that he's definitely in, but we still don't know to what extent.

Whether Murray works better as a one-off joke or as a prolonged companion is still left to be seen, as he hasn't yet had the chance to stick around with Guybrush for long. He can't walk, you see. Maybe this time, he'll be a little more prominent than usual. 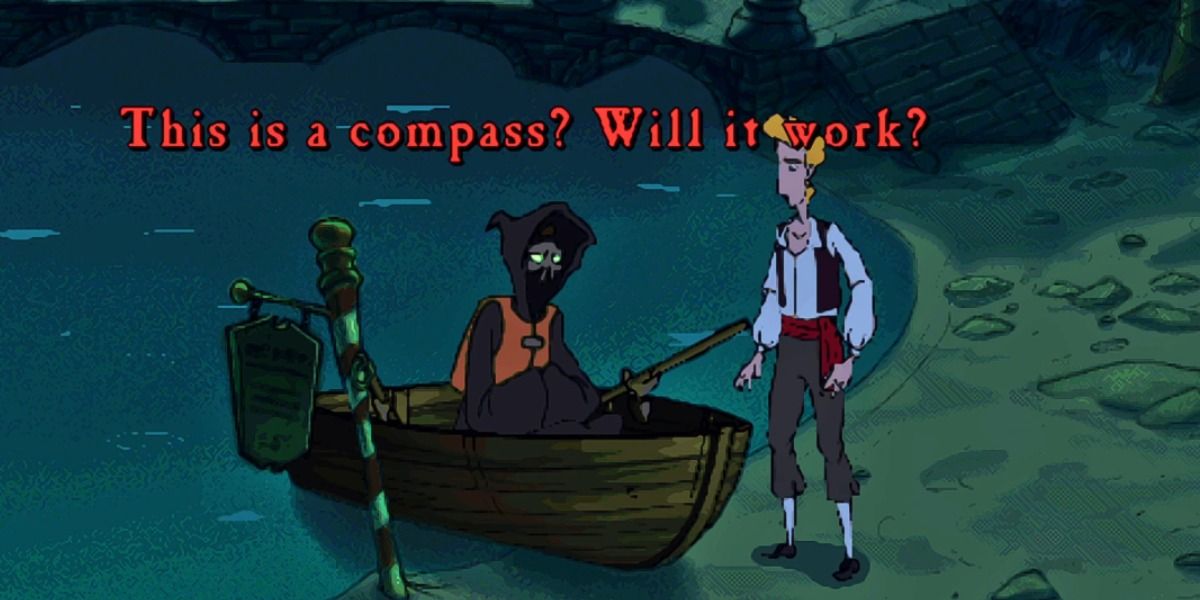 The Flying Welshman should return simply to address the fact that he doesn't actually have a Welsh accent. That is all.