God of War Ragnarok has been the subject of many overwhelmingly positive reviews since its recent release, and for good reason. The game builds beautifully on what was an excellent foundation laid by God of War(2018) while also elaborating on the ironically human story.

The game's bread and butter are incredible set pieces and earth-shattering boss fights. However, that doesn't mean that the non-boss enemies are pushovers. Especially in higher difficulty settings, these creatures can randomly pop up and end your journey right then and there. It's never wise to underestimate an enemy in God of War Ragnarok. 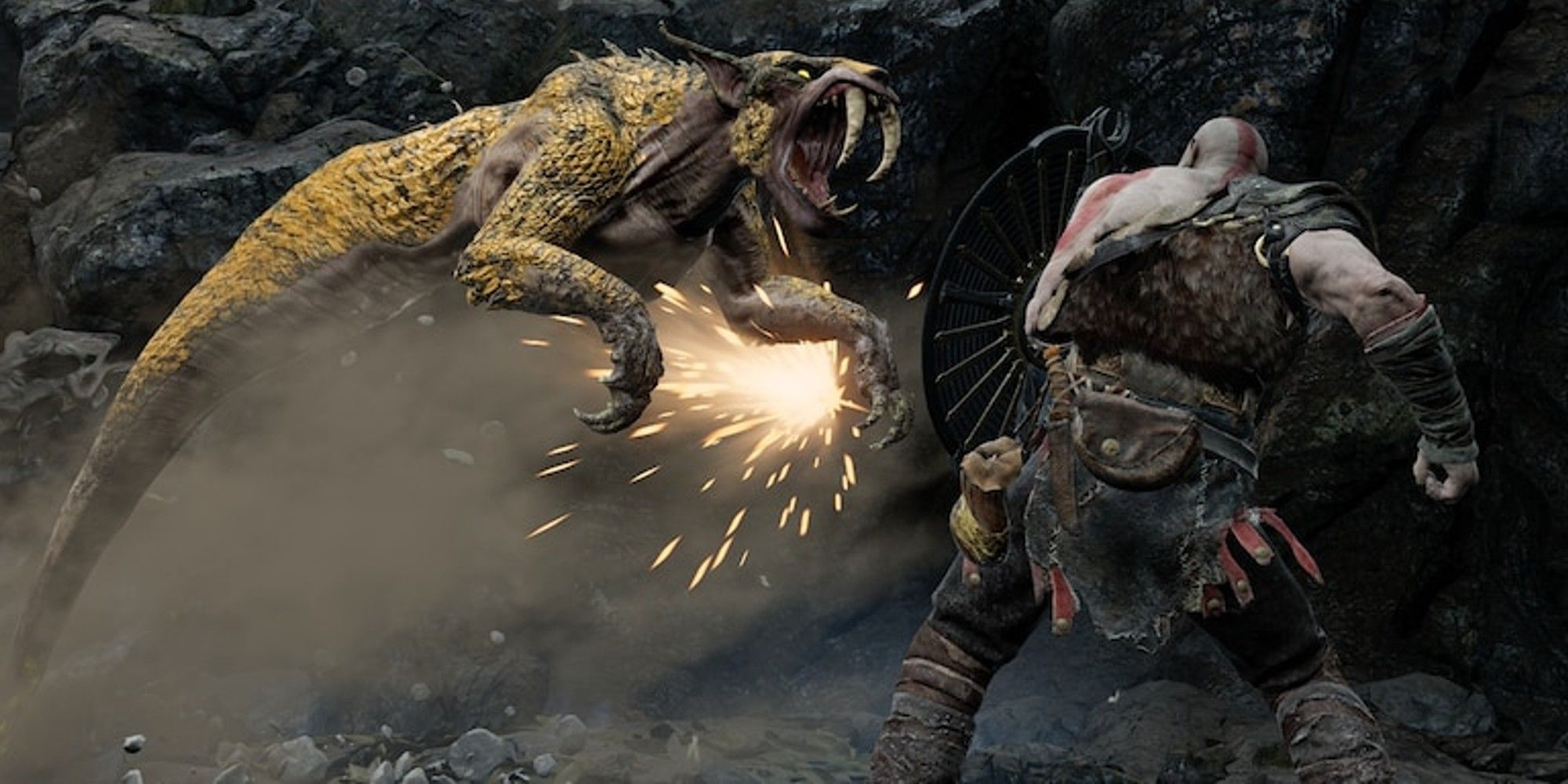 Tatzelwurms are creatures on the annoying but squishy side of things. These dog-fish hybrids love to burrow underground and attack you when you're busy with other foes. They are agile and annoying and can deal large chunks of damage if you fail to block their attacks.

Fortunately, Tatzelwurms are on the weaker end in terms of defenses, so if you manage to get close to one and get slashing before it can escape, you should be good. The companion attacks are also a great asset for Tatzelwurm encounters since they'll disrupt their burrowing and allow you to attack them. 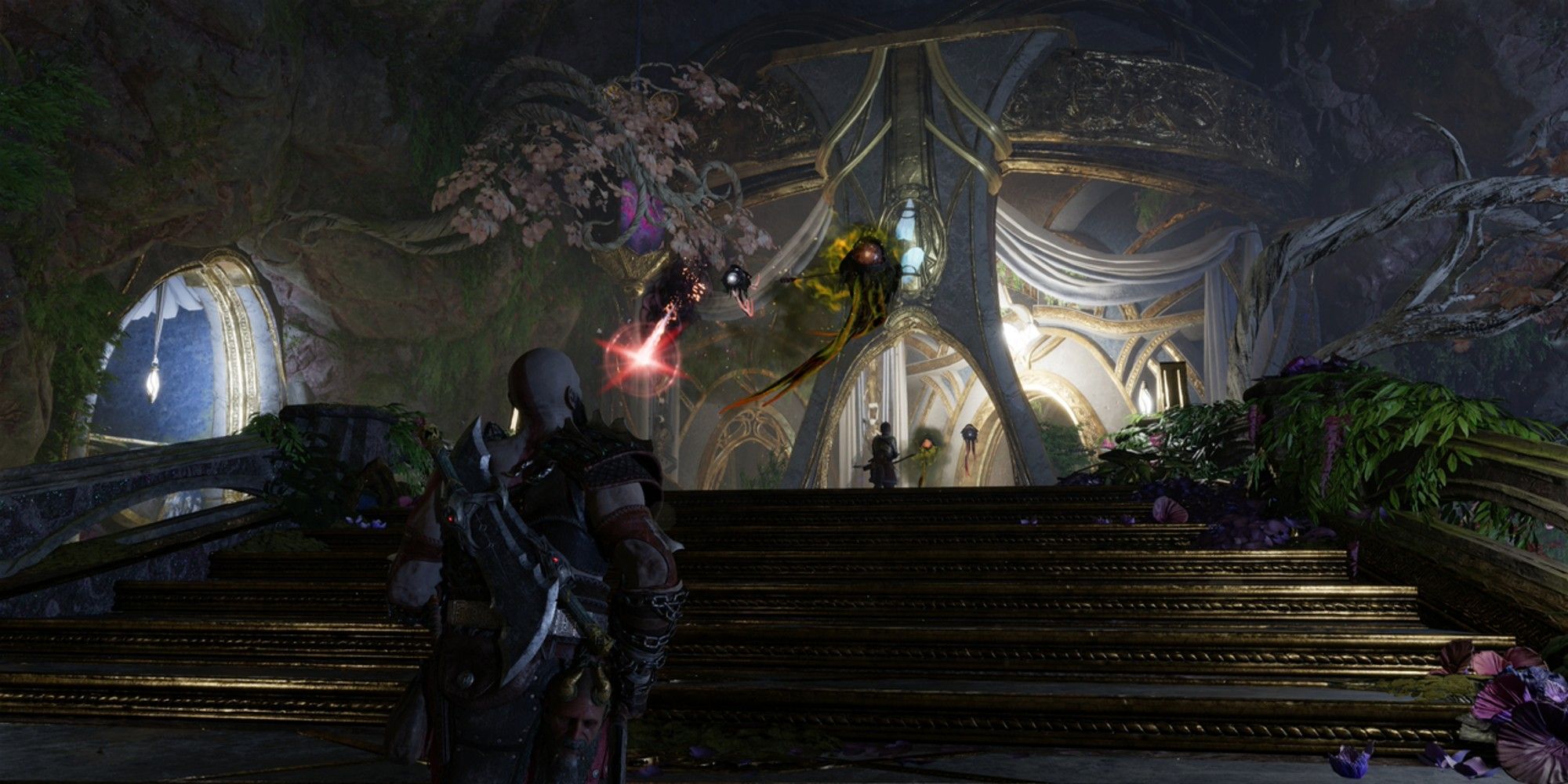 These creatures are more annoying than deadly or hard to kill. Exploding Nightmares are a version of Nightmares that have the ability to rush at you and explode, dealing extremely high damage. They're essentially bombs that chase you down. Kratos is a god that has done many things, but not getting hit by these creatures feels almost impossible at first.

They are especially hard to deal with when you're already preoccupied with other enemies, not finding an opening to use projectiles on the Nightmare. The regular Nightmares are already annoying, and these exploding variants will end several combat encounters early if you're not careful enough. Make sure to use your companion attacks to slow them down or outright kill them. 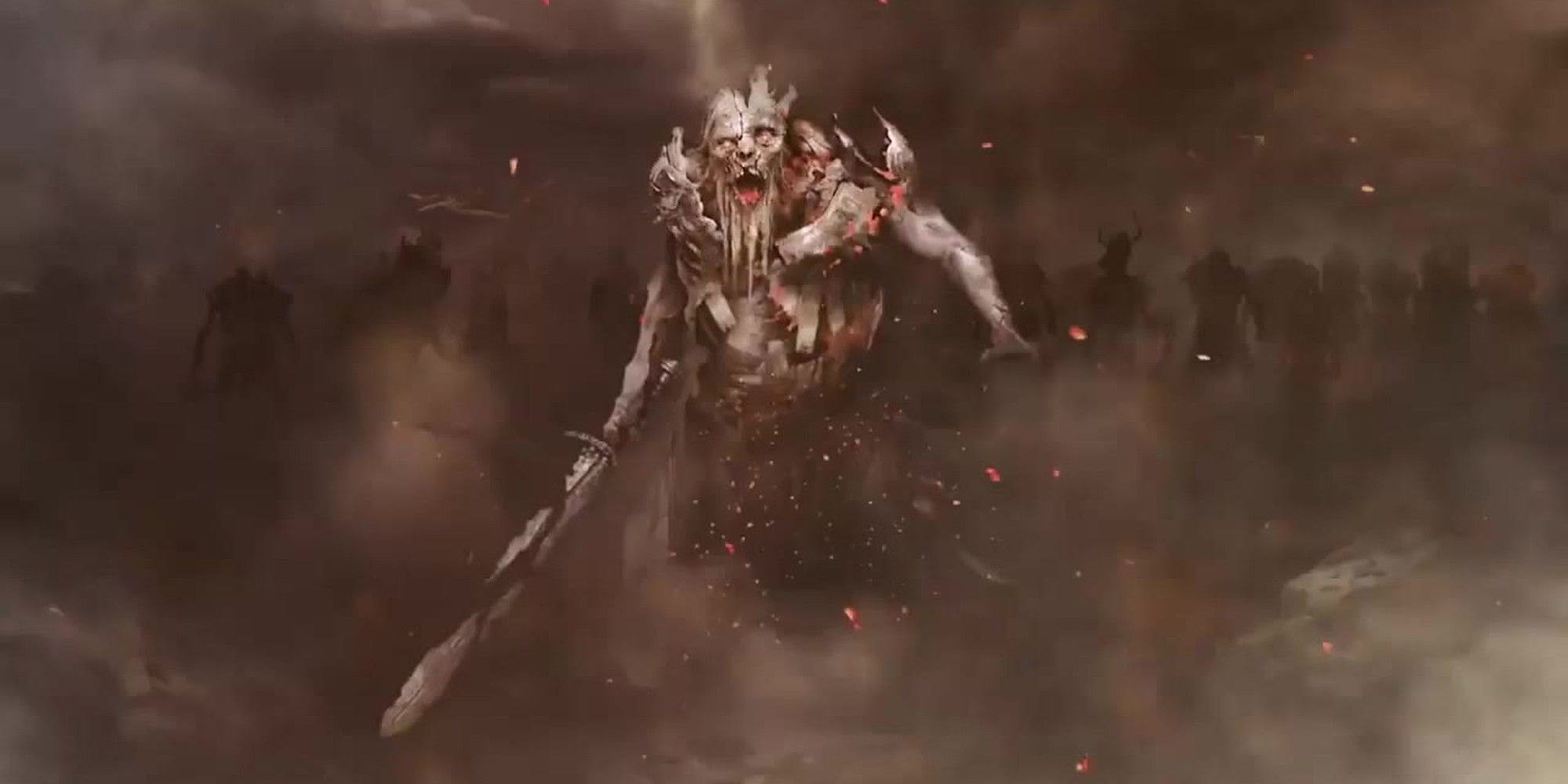 There are lots of different types of Draugr in God of War Ragnarok; they're the main disposable enemy the game throws at you to waste your resources or slow you down. However, the Draugr Lords, who are the most dangerous of the lot, are anything but minions.

These Draugr are the epitome of pure strength. They will deal tons of damage if you fumble your parries and rolls. Luckily, they are slower than many other monsters, allowing you to outpace their attacks as long as you're on your toes. 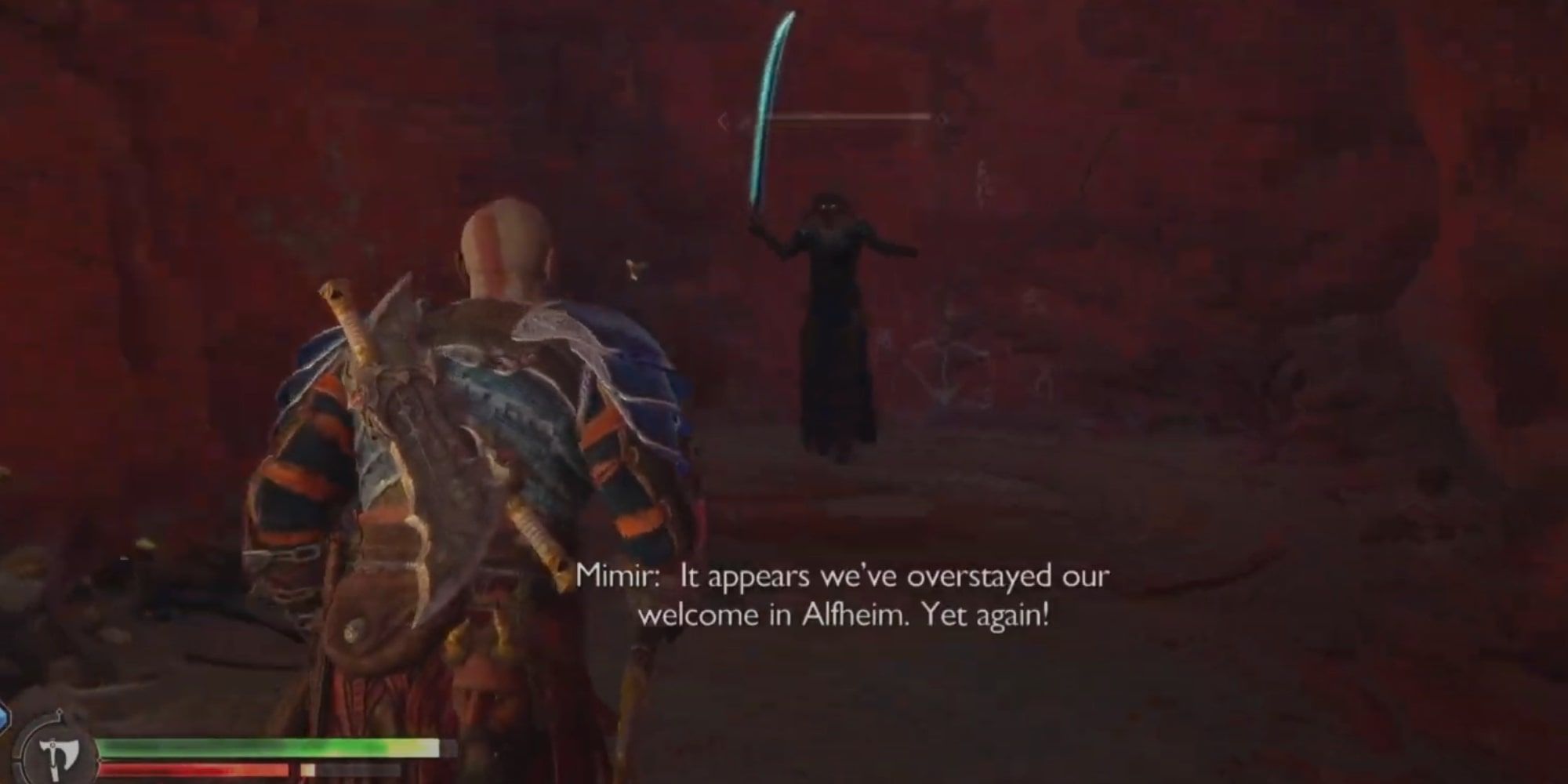 Elves are an interesting mythological inclusion and portrayal in the rebooted God of War series, separated into two factions: Light and Dark Elves. Light Elf Slayers are some of the most difficult monsters you can battle in God of War Ragnarok. They are just as fast and agile as Tatzelwurms; they have projectile attacks and are decently bulky. These variants are especially strong, as they use dual swords and attack incredibly fast.

These creatures require you to learn their attack patterns and perfect the parry and dodge timings to deal with them. They even try to heal themselves when low on health, potentially prolonging a deathly fight. Every encounter with a group of these has vibes of Dark Souls due to how fast and powerful they are. 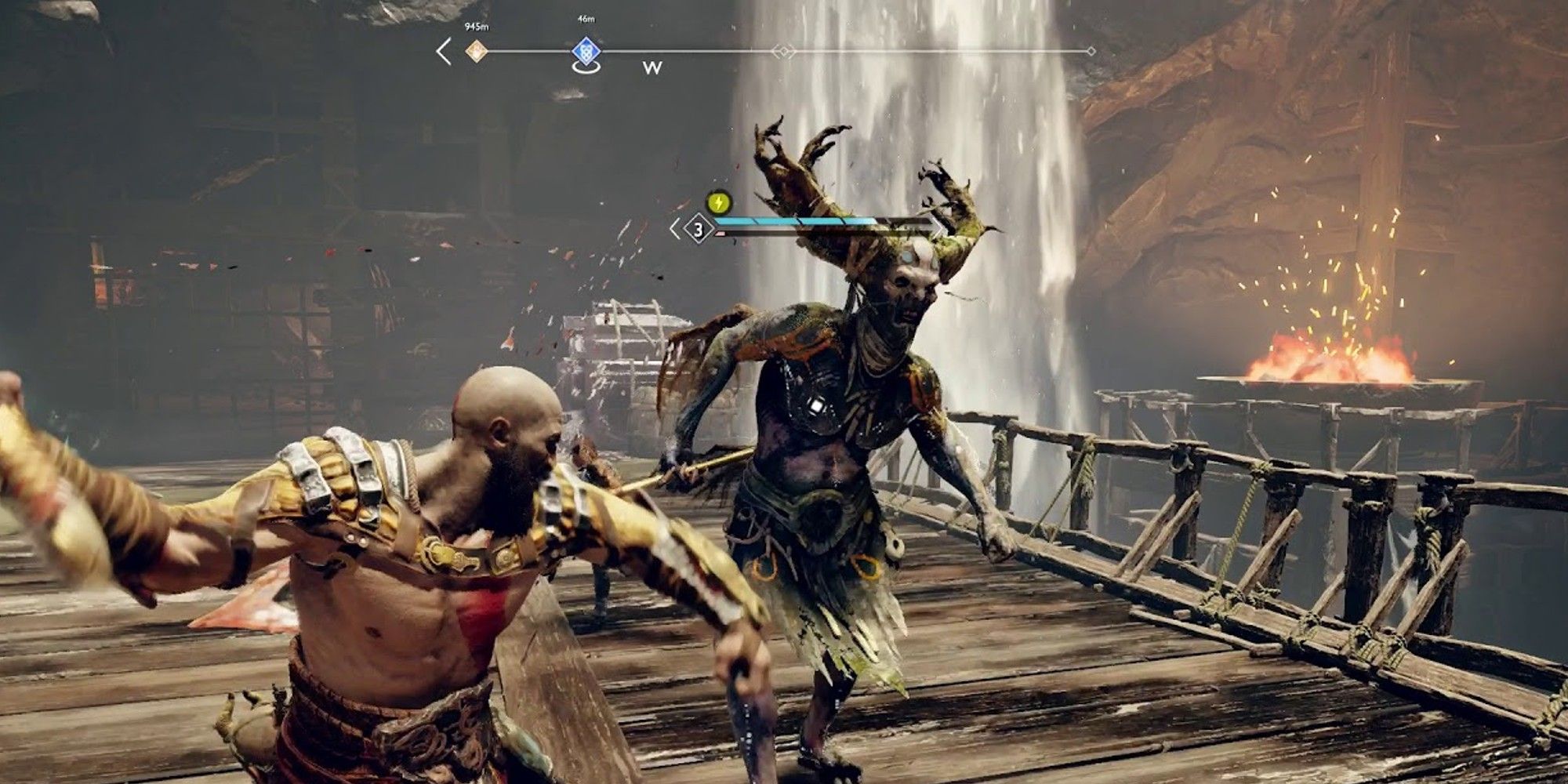 Dark Elves are way rarer compared to the previous game, as Ragnarok focuses more on the Light Elves. Despite that, Dark Elf Lords, the most elite variant of the race are extremely hard to take down when they do appear. These flying creatures will hurl explosive projectiles at you and then hit you with long strings of attacks that are hard to parry.

Dark Elves are also quite bulky, requiring several good attacks to even get close to taking them down. They can blind you too, which was annoying in the previous game and holds true here. Especially when accompanied by some of their brethren, Dark Elf Lords are some of the most challenging enemies in the game to kill. 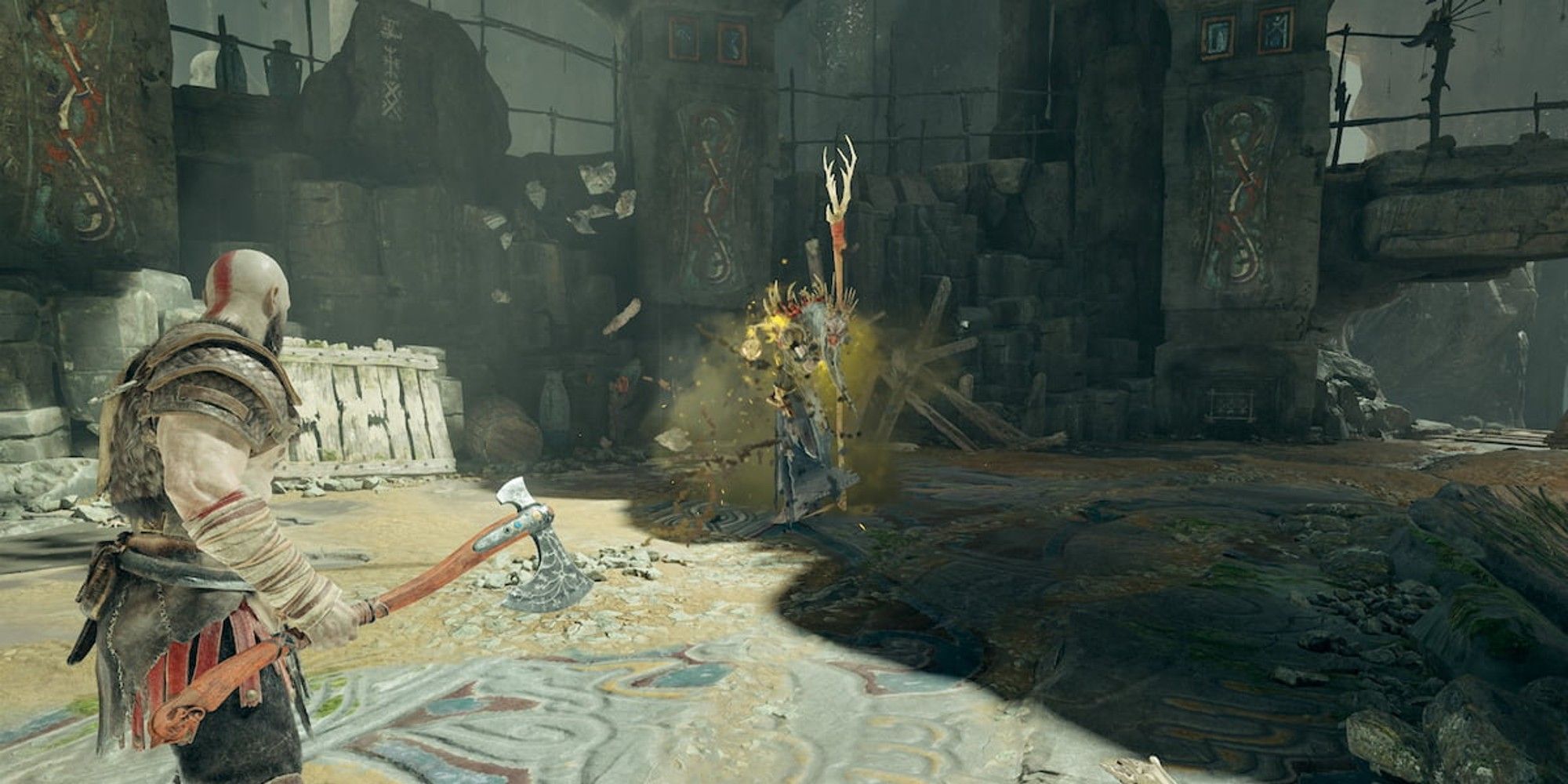 Revenants are already a chore to deal with in God of War Ragnarok. They use ranged blasts to hurt you and are tankier than many ranged enemies in the game. What makes them truly annoying is their ability to teleport out of the way of your attacks unless you stun them with companion attacks and the like.

Revenant Hags are the epitome of annoying enemies, though. They are just as hard to kill as regular Revenants, but they also have the ability to summon other creatures. When these are combined with other annoying enemies like the Exploding Nightmare, the fight can quickly become hellish. 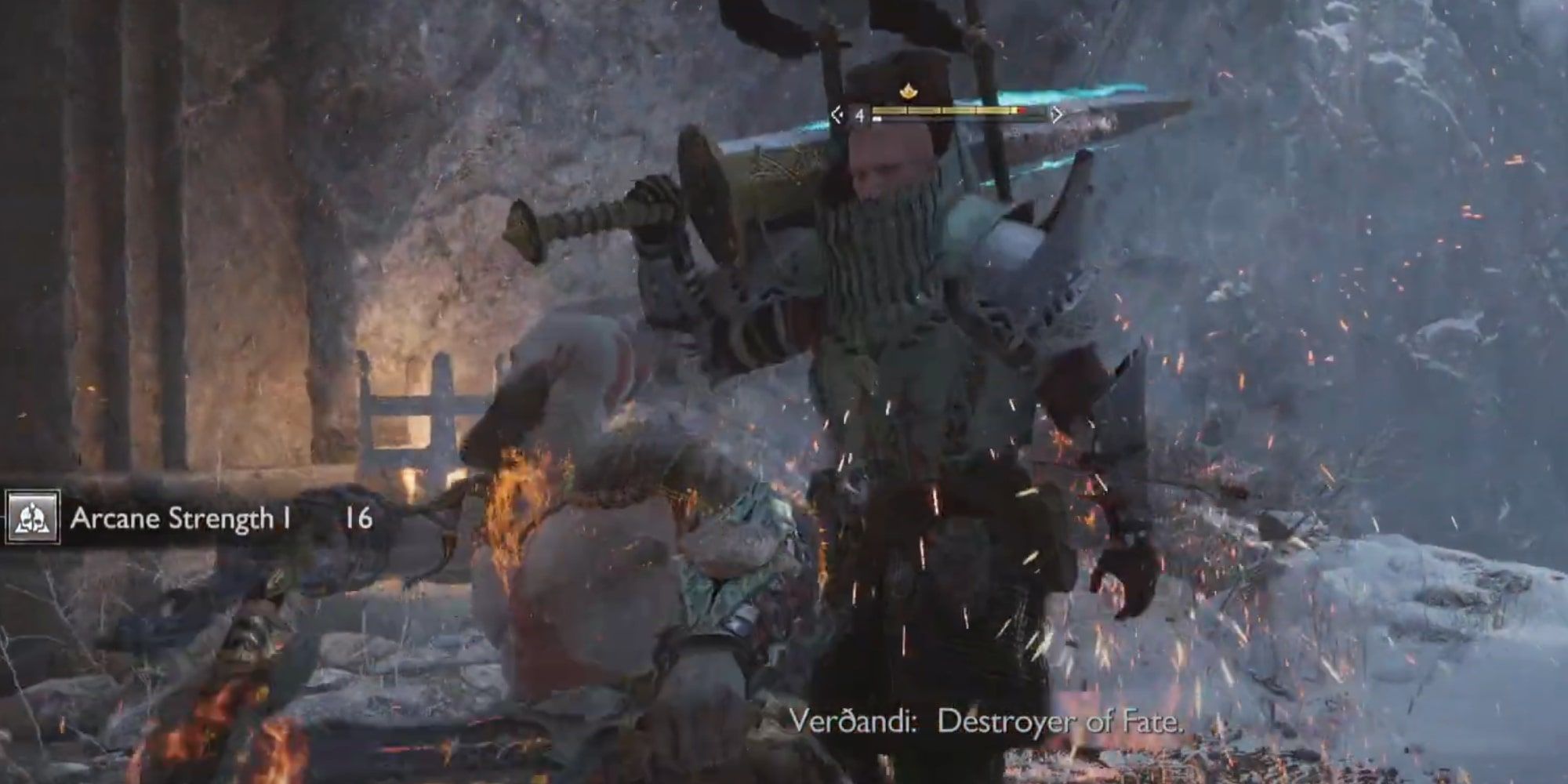 Travellers are on the more straightforward side of enemies in God of War Ragnarok. They don't have unique abilities or many ranged options; they are just great at close combat. The shielded variant of this enemy is slightly tougher due to the recoil of hitting them while they are defending, but both are a nuisance.

Their simple way of fighting should not give you comfort, though. Travellers are mini-bosses in essence and live up to the title. They can close the gap incredibly fast, with a piercing attack, and are relatively sturdy. Take them seriously, or you'll die in seconds in their hands. 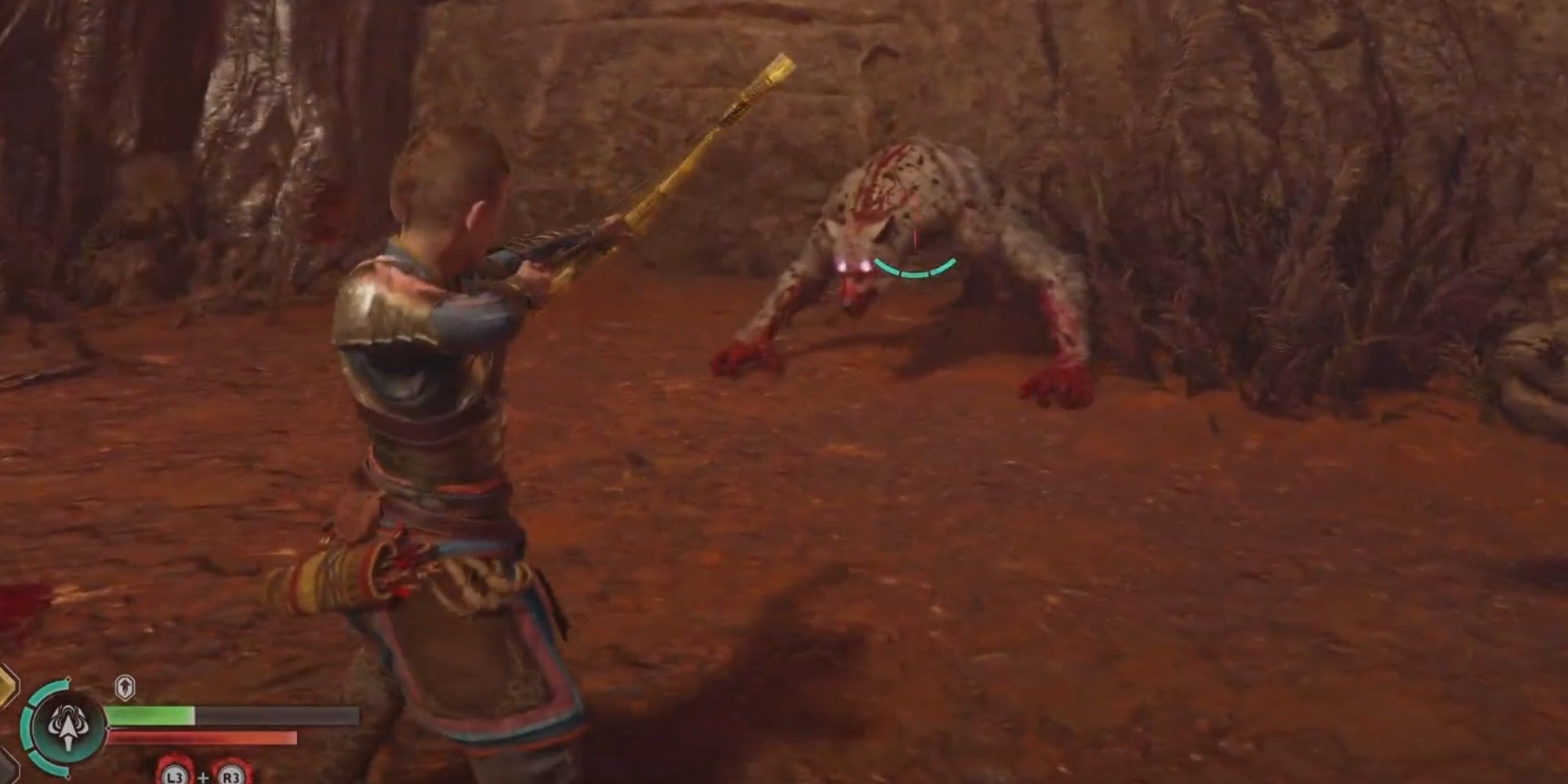 Wulvers are similar to Travellers, only way more aggressive and violent. These werewolf-looking creatures will attack you with reckless abandon, trying to hurt you fast and hard. When you're one-on-one, that shouldn't be too much of an issue, assuming you're patient and wait for the right time to strike.

However, it's an uphill battle when several Wulvers are on the screen. Due to how aggressive and offensive they are, two or more Wulvers can really overwhelm you, not giving you a clear chance to strike. Using Atreus' attacks to stun them for a few seconds of freedom is a key strategy against them. It appears training Atreus was something Kratos did quite well at. 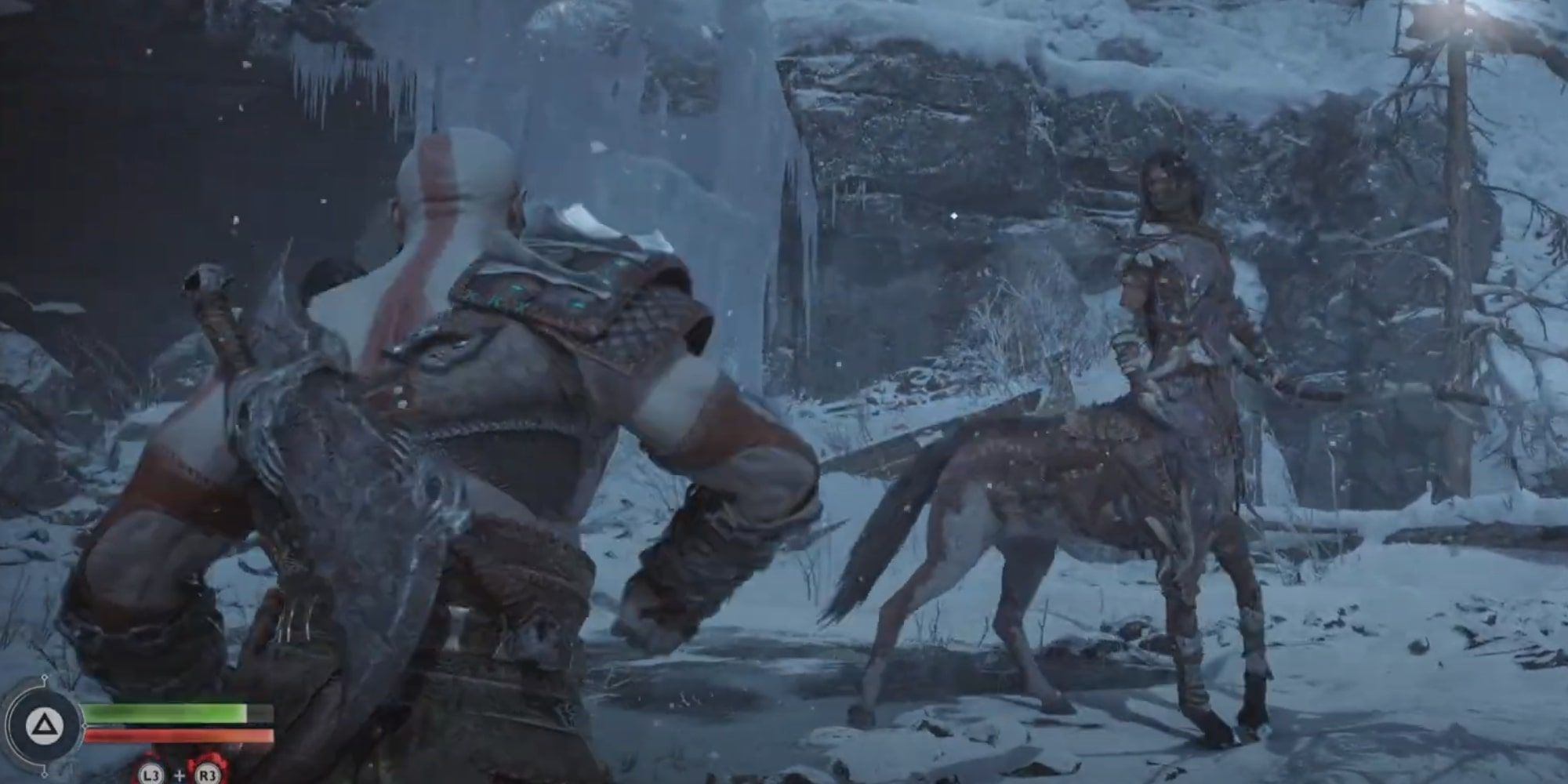 Stalkers are centaurs that have an array of ranged attacks. They are not bosses per se, but function exactly like one, requiring strategy and methodical combat. While they usually prefer to keep their distance and attack with their bows, they also have some very fast melee attacks.

The problem with Stalkers is the lack of a clear strategy. You just have to be on your toes throughout the whole fight, taking advantage of parries and dodge rolls. These creatures feel novel at first, almost like an homage to Kratos's Greek roots, but the novelty quickly turns into an intense fight. 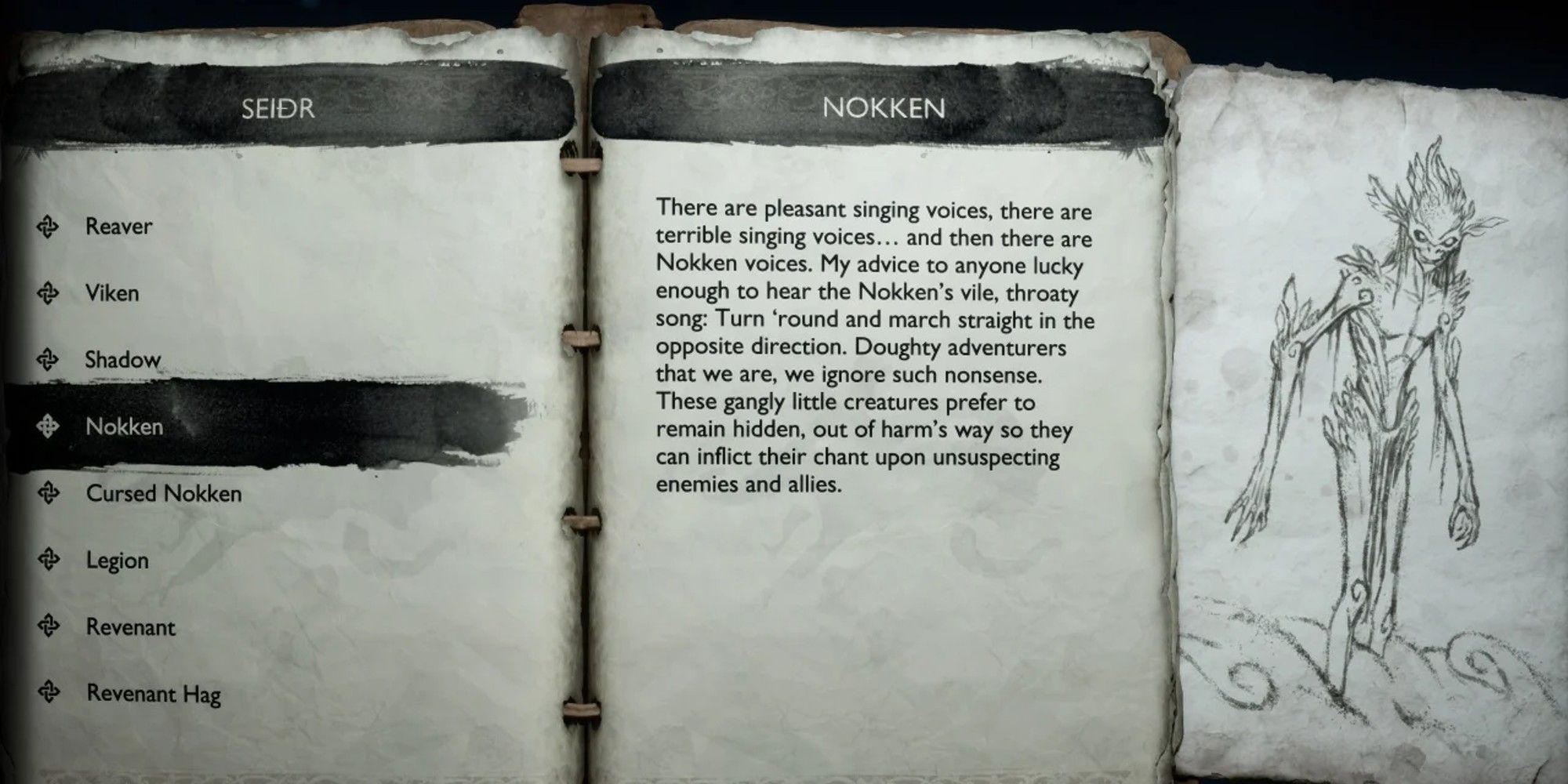 There are many monsters in God of War Ragnarok that range from annoying to kill to brutes that require perfect awareness. However, one monster, Nokkens, makes any enemy double in difficulty. These little critters buff other monsters and make them nearly invincible.

Whenever you try and kill a Draugr that seems too strong for its own level, look for a Nokken nearby. They should always be your first target, as you'll have tons of trouble otherwise. Luckily they are very easy to kill, only opting to flee once you get too close as they know they are just annoying little supporters.