Are you an Xbox fan who also happens to love a good rhythm game? If you answered yes to that hyper-specific question then you are in luck because Xbox, specifically Xbox One and Xbox Series X/S, have a bevy of fun, musically-inclined games to choose from. Whether you are new to the genre or a long-time veteran, worry not, Xbox has something for everyone.

Musical rhythm games come in many shapes and forms, from smaller adventure indie titles to larger AAA music-focused games where you must play to the beat. These types of games can often be intimidating at first glance with lots of action happening on the user interface and tons of colors showing you which buttons to press. If you are in a musical mood, consider trying these Xbox rhythm games.

7 Taiko No Tatsujin: The Drum Master! 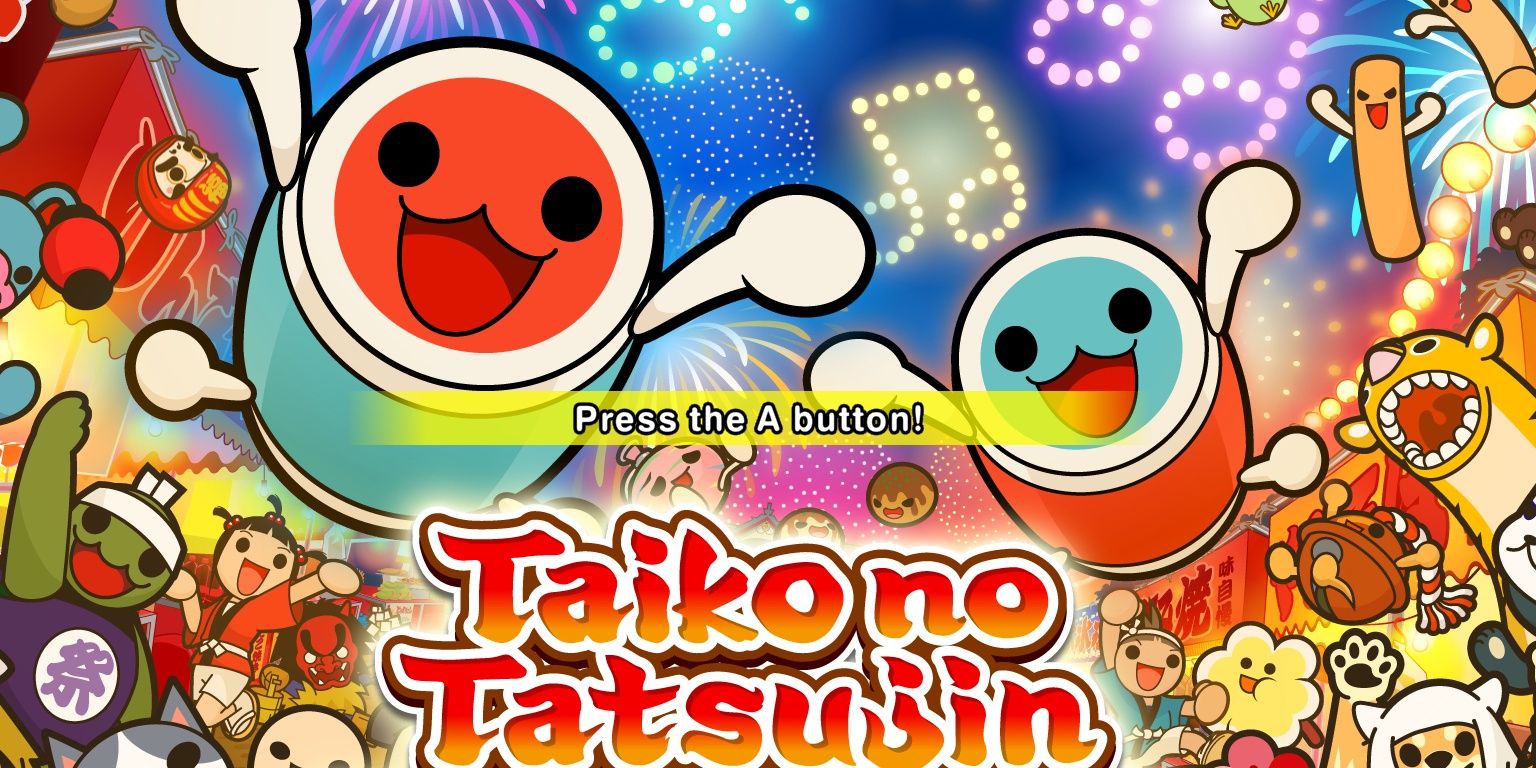 If you are in the mood for a fast-paced, off-the-wall, and endlessly entertaining musical rhythm game then look no further then Taiko no Tatsujin: The Drum Master! This drumming-focused rhythm game is overwhelming in the best way possible, mostly down to its anime-inspired graphics and zany characters.

Taiko no Tatsujin: The Drum Master is equal parts brilliant rhythm game where you must match the specific drum beat as well as a precision puzzler of sorts. Oftentimes each song will throw random beats your way to try to get you off your groove. Worry not, there are a ton of difficulty modes to choose from for each of the songs. 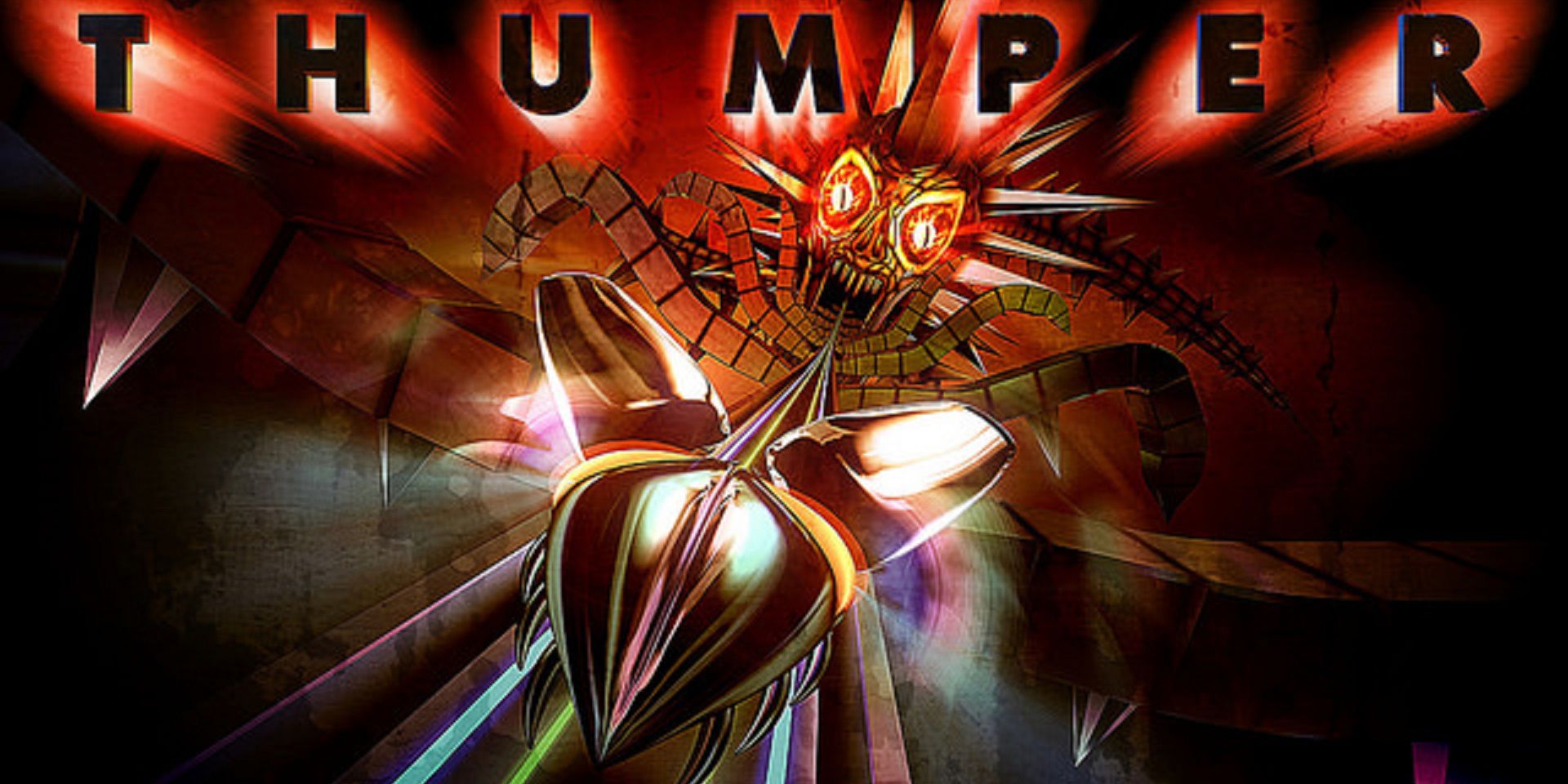 Who would have ever thought that a horror-inspired rhythm game where you play as a robot beetle would ever work? Fortunately for Thumper's case, it worked out magnificently. This off-putting and creepy rhythm action game tasks you with matching the beats and musical patterns while you power through otherwordly stages.

This game is not going to take it easy on you. Thumper is punishing, brutal, and violent. For those hoping to enjoy the rhythm genre but want a darker more action-focused edge then Thumper certainly fits that bill.

5 Crypt Of The NecroDancer 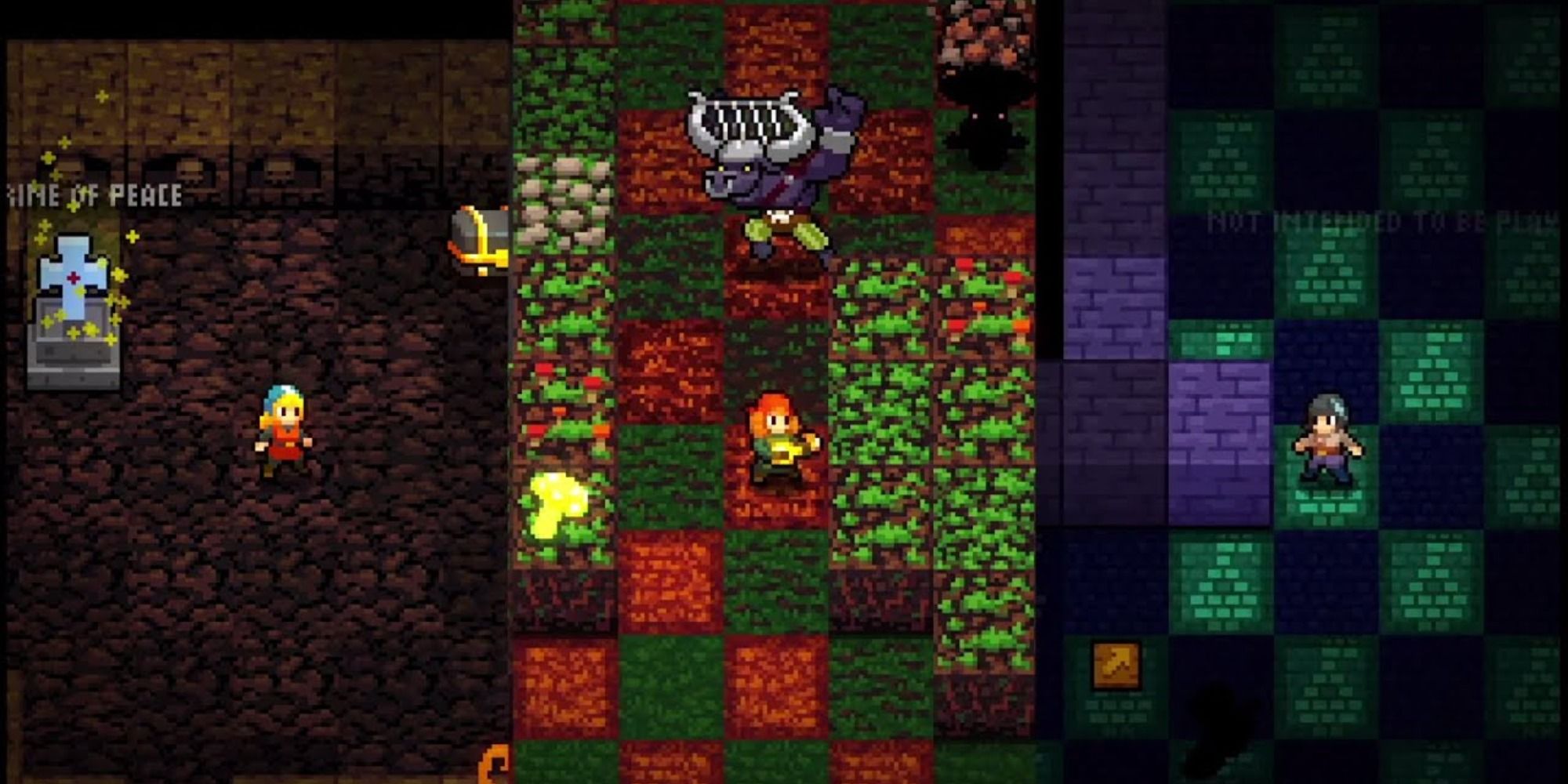 While roguelikes have quickly become the norm in indie gaming, Crypt of the NecroDancer eschews genre conventions by masterfully allowing music to guide you through each enemy encounter and each new dungeon run. It will certainly take some time to get to grips with the movement grid, however, those that are patient are rewarded with deep and nuanced gameplay. 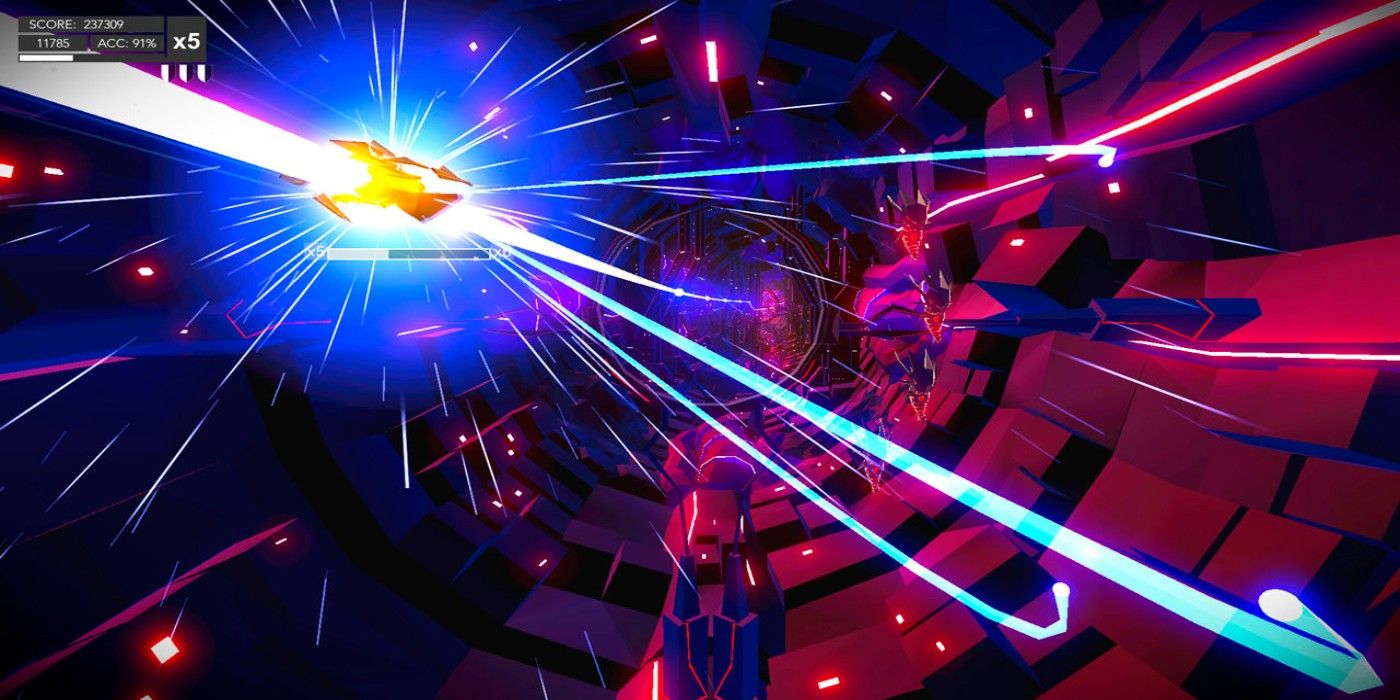 Aaero is an ethereal light-based rhythm action game where precision is key to success. The gameplay here is centered around releasing energy and light in order to conquer each stage. Taking place in a mesmerizing sci-fi world, Aaero keeps you glued to the screen with some fantastic licensed music.

Much like Thumper, Aaero is all about speed and accuracy, albeit without the horror influences. Aaero isn't talked about much in the gaming discourse but it definitely deserves to be checked out on Xbox if you get the chance. It's beautiful and challenging in equal measures.

Superbeat: Xonic is a pretty standard and straightforward rhythm game, one where you must play each musical pattern correctly and with style. Releasing in 2015, Superbeat: Xonic was one of the first rhythm games to arrive on Xbox One.

This game is great for those new to the genre as a whole since it gives you a plethora of songs to choose from and a great number of difficulty options. The user interface can be a bit overwhelming at first glance, however, you truly feel like a rhythm genius once you get to grips with the game's mechanics.

2 Any Of The Just Dance Games 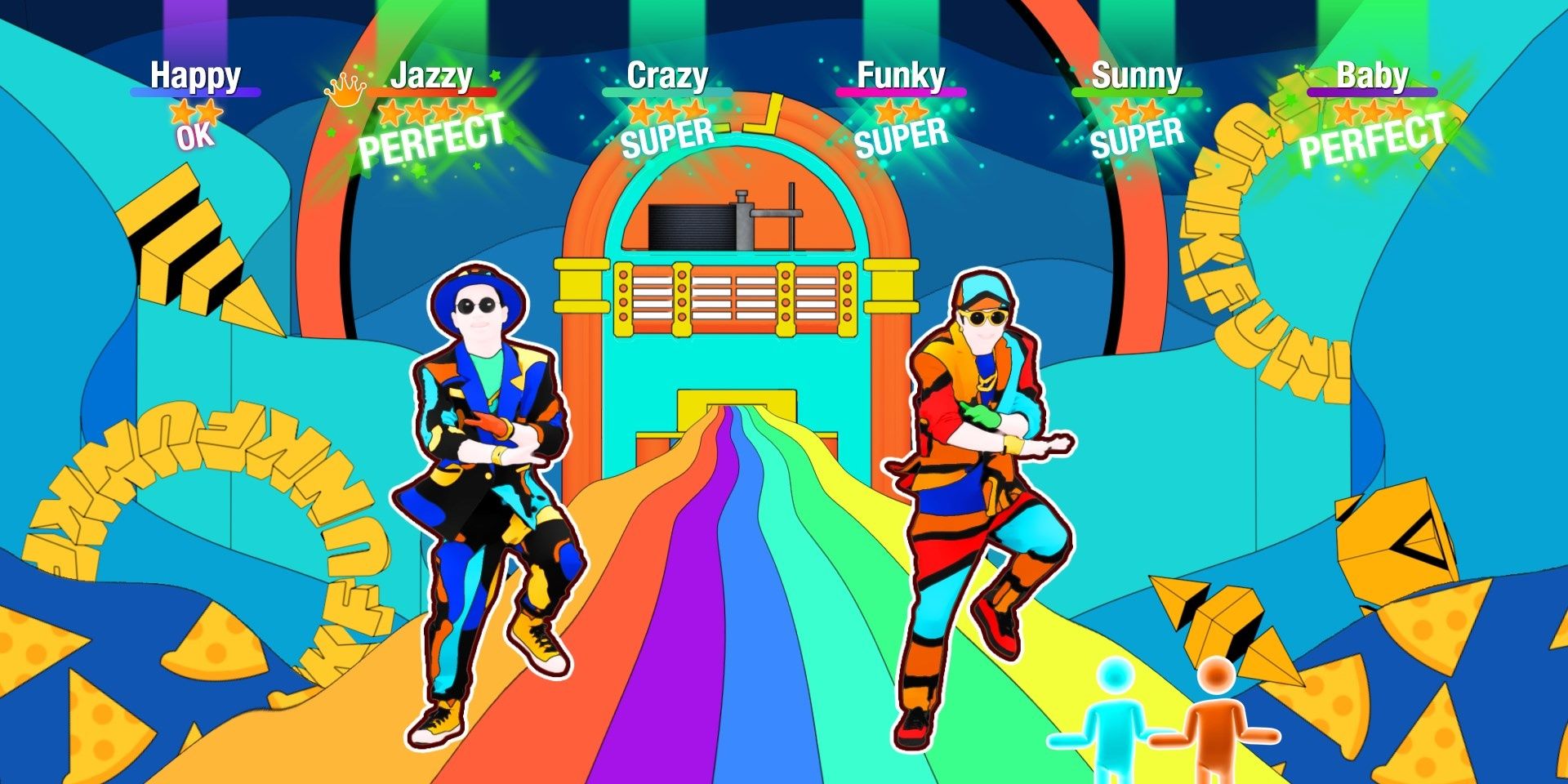 The many, many Just Dance games are often the butt of many jokes, mostly down to how goofy you actually look when dancing to the top-charting pop songs that many people love. Despite how silly the games can be, they still sell like hotcakes each and every year with one of the more recent entries even being released on the Nintendo Wii for some reason.

For the uninitiated, the Just Dance games, as you might guess, are all about dancing to popular songs. It's really quite as simple as that. These games can certainly be a blast with the right group of friends, providing a good laugh or two while also helping you get a decent cardio workout…maybe. 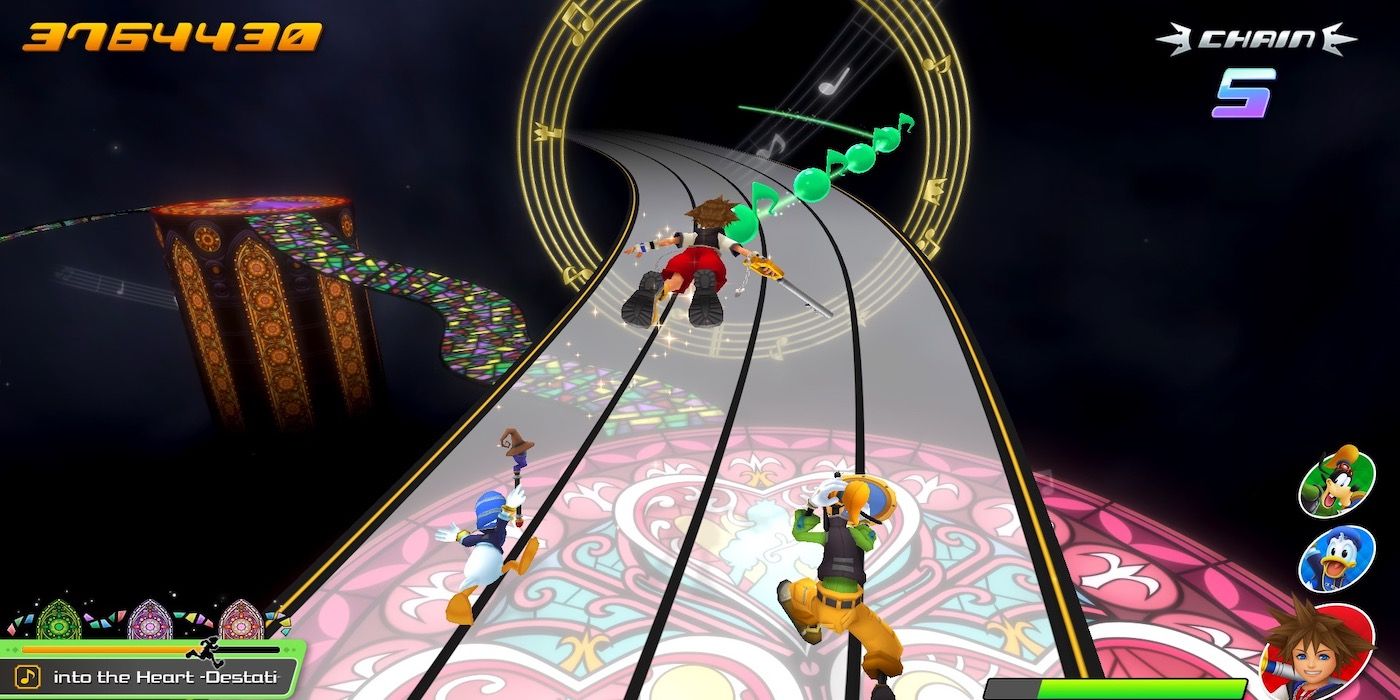 Kingdom Hearts by nature is already pretty crazy considering the series blends beloved Disney characters with Final Fantasy characters to great success. Given that the Kingdom Hearts has been around for over two decades now, it should come as no surprise there are many spin-off games in the franchise.

Kingdom Hearts: Melody of Memory is one such spin-off. In this game you control Sora, Donald, Goofy, and other series' favorites while timing your button presses to the beats and patterns of various Kingdom Hearts songs. While it's certainly a unique breed of game, it's an absolute joy to watch fan-favorite characters dance along to some great tunes.