Nintendo is one of the oldest and most iconic video game makers in the industry, and its stable is full of characters that are instantly recognizable. You probably know what Link looks like without even having to think about it.

You might not know that some of Nintendo's most beloved characters actually took some time to land on their most well-known designs; others were redesigned when their series changed directions, or just because the developers felt like it. Their evolution is a demonstration of how tastes and trends can change over the years, and how the essence of a character can persist even if their outward appearance changes. 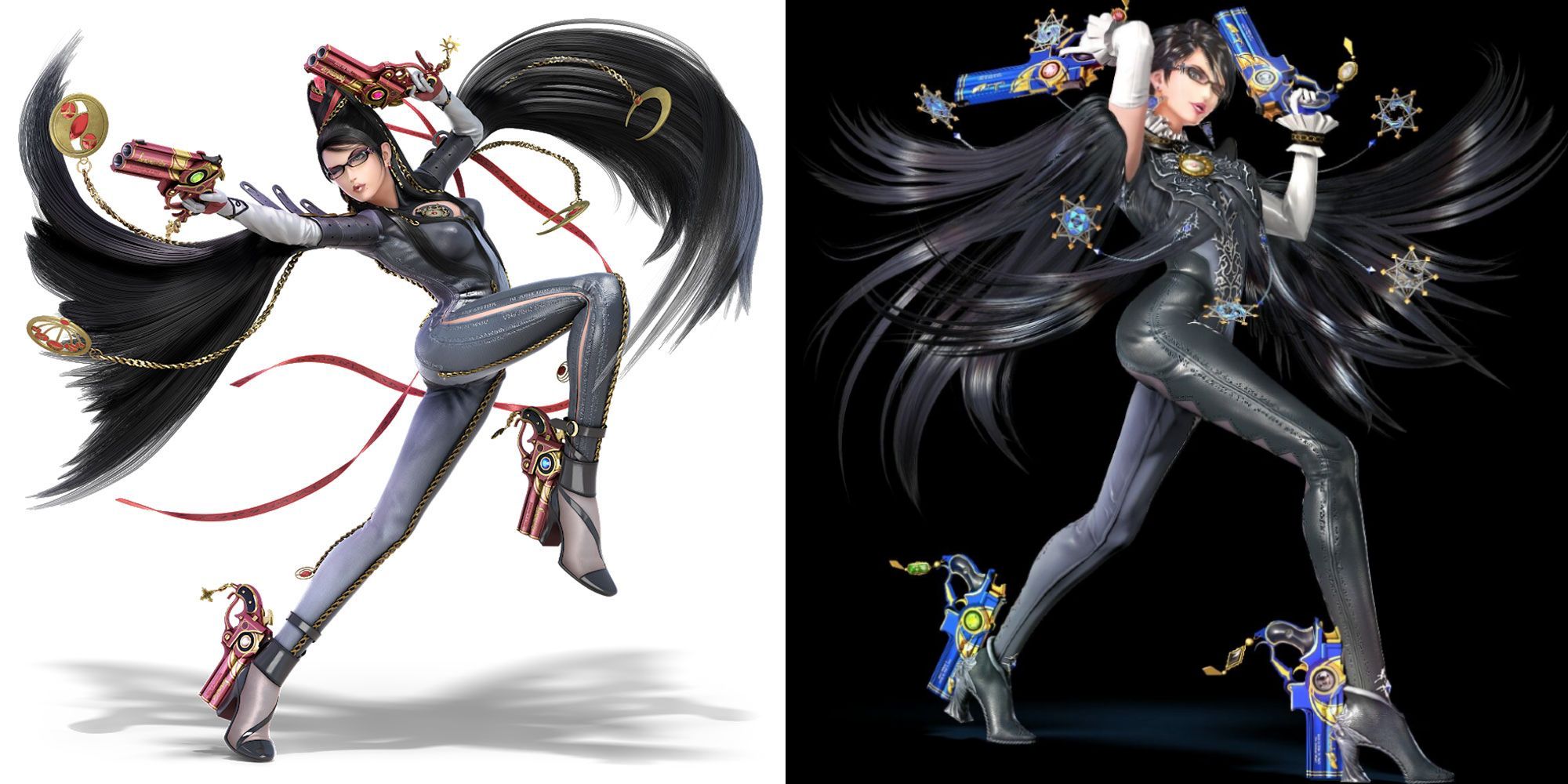 Given Nintendo's reputation as a family-friendly company, Bayonetta seems like the last character you'd expect to be associated with them. Yet, when the original Bayonetta was ported to the Wii U and packaged with the system-exclusive Bayonetta 2, that's exactly what happened. This shift is reflected in her character design, too.

In the original game, her look is simple and instantly iconic – from the beehive hair to the color scheme to the provocative cutouts. The second game features a similar philosophy, but her hair is cropped short, her color scheme is shifted, and the cutouts are more ostentatious but slightly less revealing. Both are some of her best looks, though. 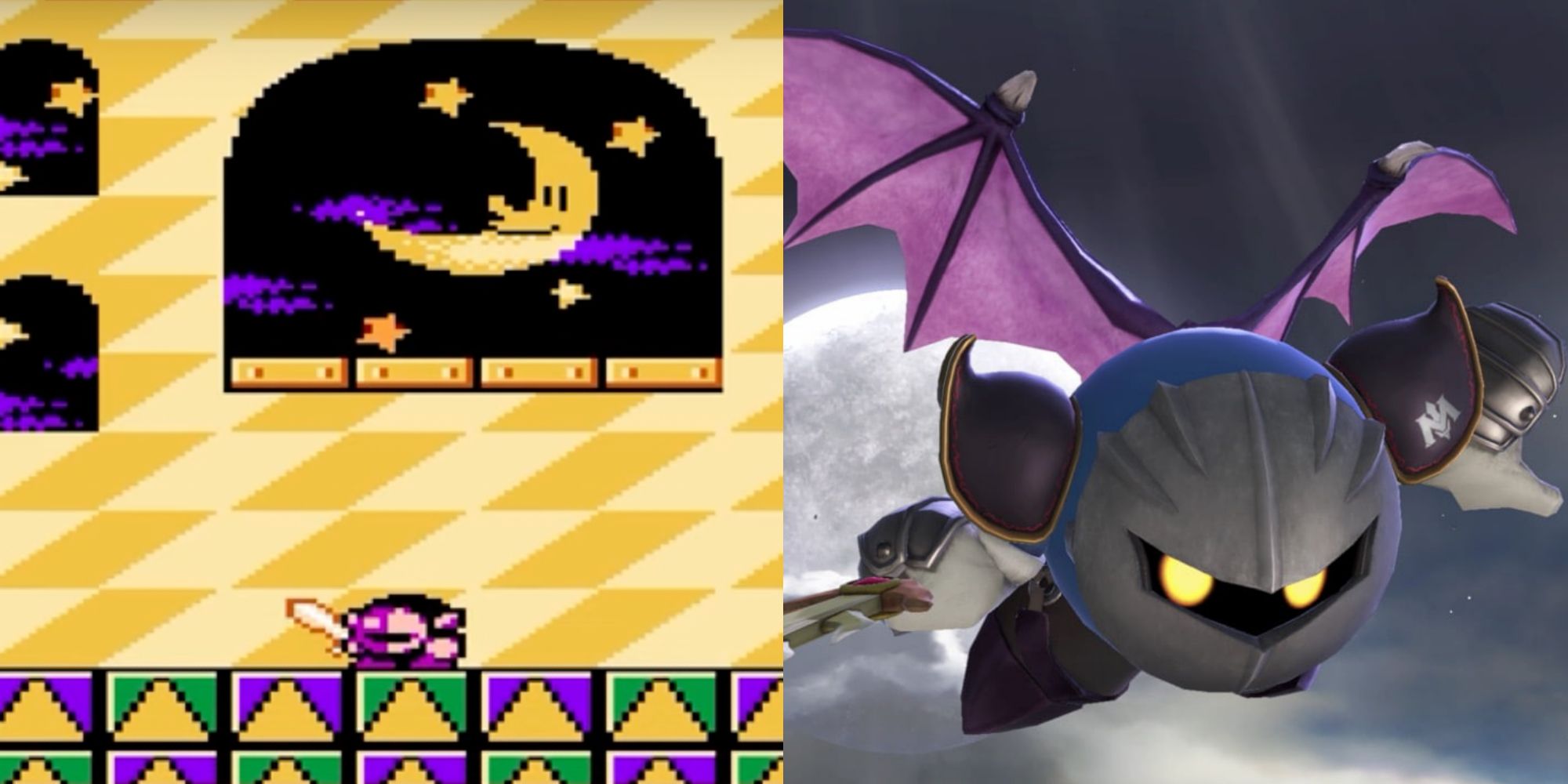 Kirby, of course, never changes. He's literally a pink ball with little oval arms and legs; there isn't a lot that you can do with him. Meta Knight, on the other hand, has actually gone through a few transformations since he debuted in Kirby's Adventure back in the NES days. In his first appearance, he was just as simple as Kirby – equally spherical, sporting his trademark metal mask, a sword, and not much else.

But over the years, Meta Knight's design has slowly gotten more elaborate, culminating in his modern appearance. Now he sports majestic wings, steel-plated boots, armored gloves, and spaulders emblazoned with an M. His updates have made him a more distinct character, and his look is part of the reason why he's so beloved. 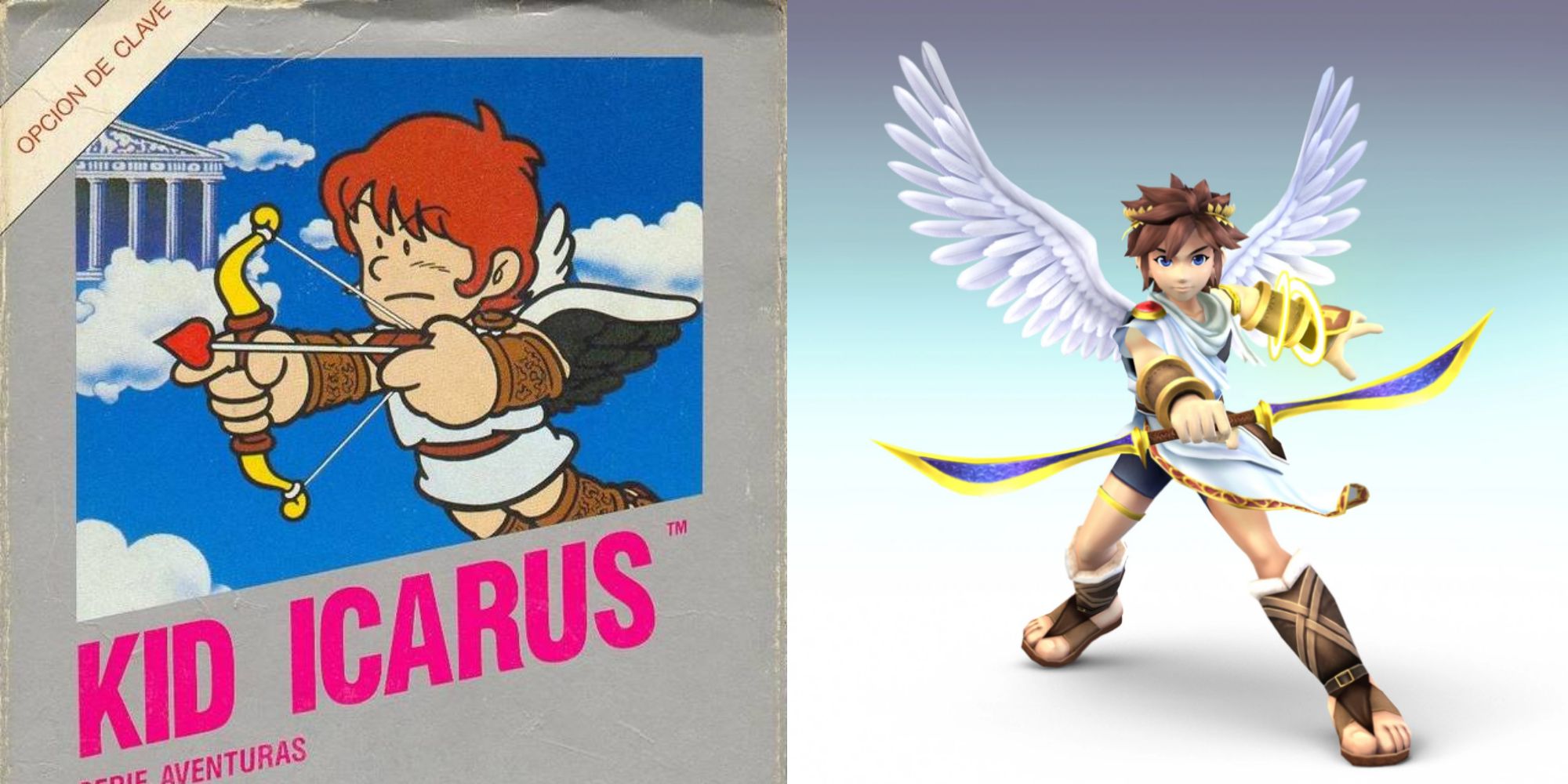 Pit is one of the more underused characters in Nintendo's stable. He originally appeared way back on the NES in the original Kid Icarus, which was released in 1986; he showed up on the Game Boy in 1991, and then disappeared until Super Smash Bros. Brawl in 2008. Given the huge gap between his debut and Brawl, it makes sense that his design would radically change to fit the times.

In the first game, his design is very simple; he's depicted as a cutesy cherub-type character sporting a toga and a mop of brownish-red hair, while his iconic bow and arrow looks like a toy. By contrast, his appearance in Brawl and the 3DS' Kid Icarus: Uprising feels way more embellished, with golden garlands in his hair and glowing rings around his arms. His bow even splits apart into two smaller blades. It's a shame that his games have disappeared, because it would be awesome to play as this loveable angel. 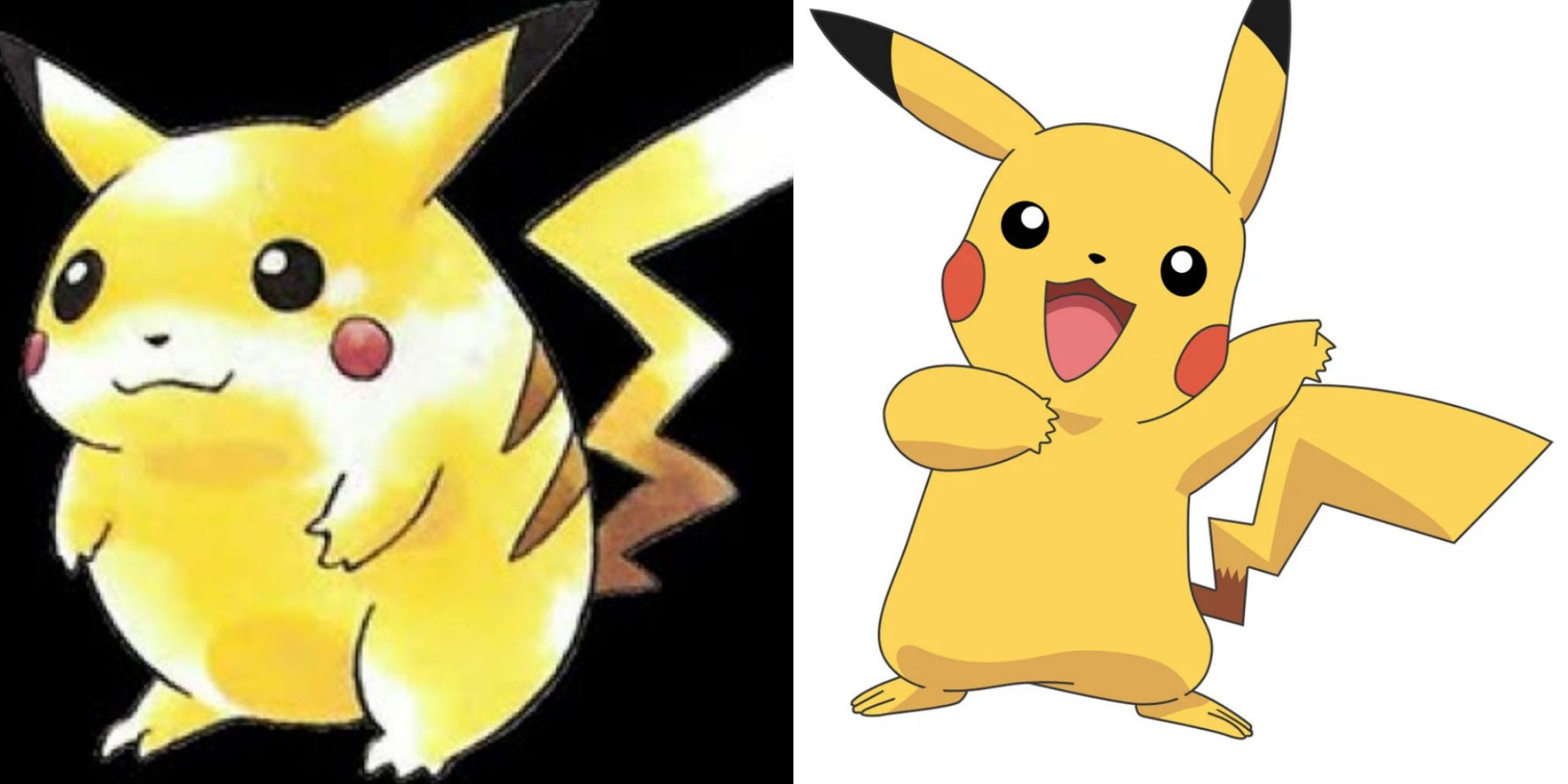 Pikachu is the mascot for the entire Pokemon franchise because it's perfect; from the rosy cheeks to the pointy ears to the sparkling puppy-dog eyes, you cannot find a cuter fictional animal. But Pikachu's design changes over the years demonstrate how little changes can create a huge impact.

The original Pikachu design, featured in the first Pokemon games and the trading cards, was rounder, squishier, and more squat; it didn't really have a neck, and its legs were comically short. But these days, Pikachu looks longer and leaner, almost like a really little kid wearing a Pikachu suit. Your mileage may vary on which design is the better one. 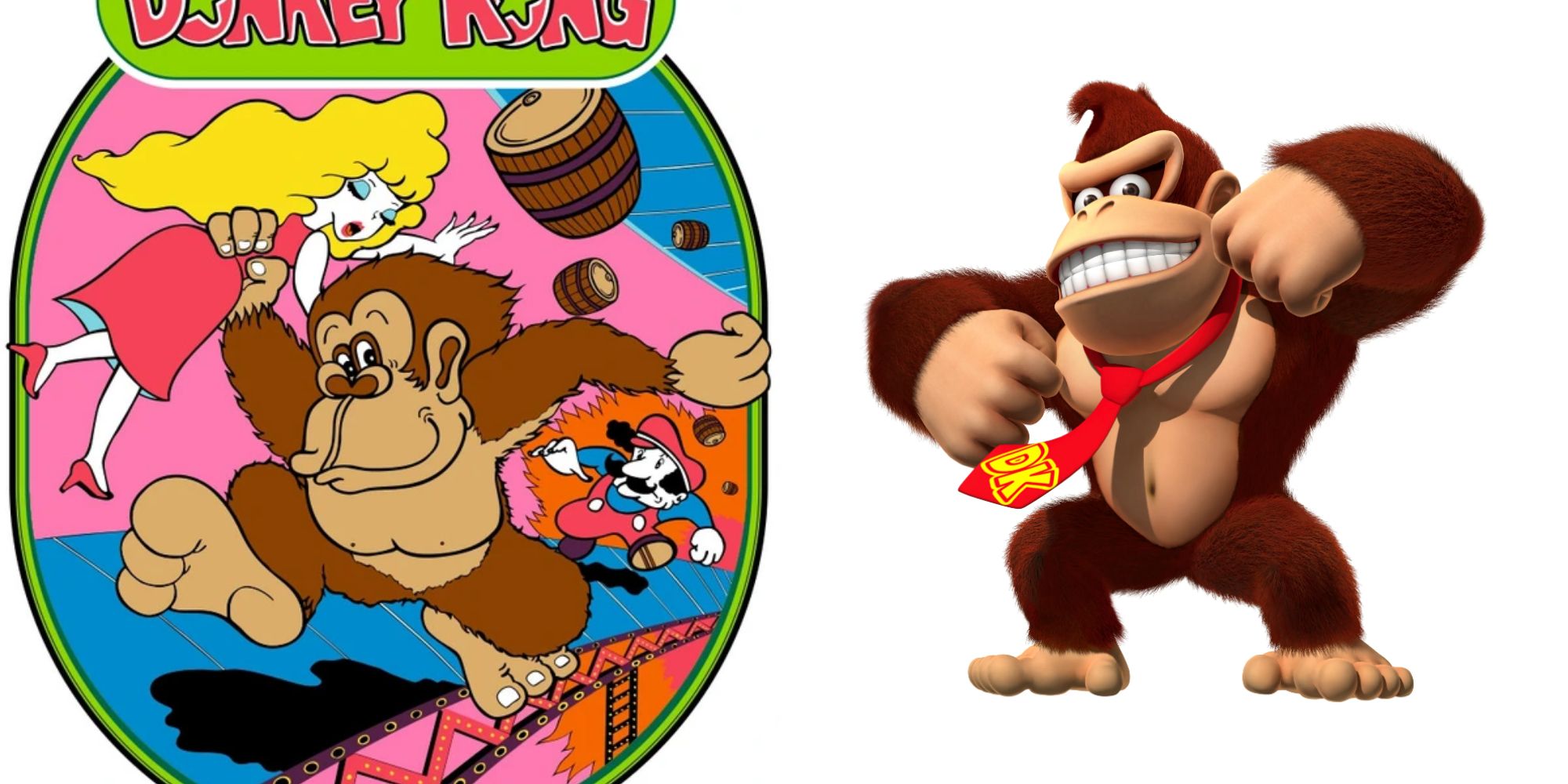 Donkey Kong is one of the oldest characters in gaming, making his debut alongside Mario in the Donkey Kong arcade game in 1981. While Mario's design has certainly changed, the basic elements of his character remain recognizable – big mustache, red overalls, blue shirt, you know the deal. DK, though, has changed a little more. In his original designs, he looks, well, goofy; he has a blank expression and an upright stance that reads like an animal trying to be human.

But when Rare took over the character for Donkey Kong Country, they were also tasked with redesigning the character. Shigeru Miyamoto suggested a look similar to the original game, though a bit friendlier, but Rare's concept was edgier; the new DK had a cool little hair swoop, a hunched and animalistic stance, and even a cool tie. He's still goofy, but now he's also fearsome – like a wild animal. 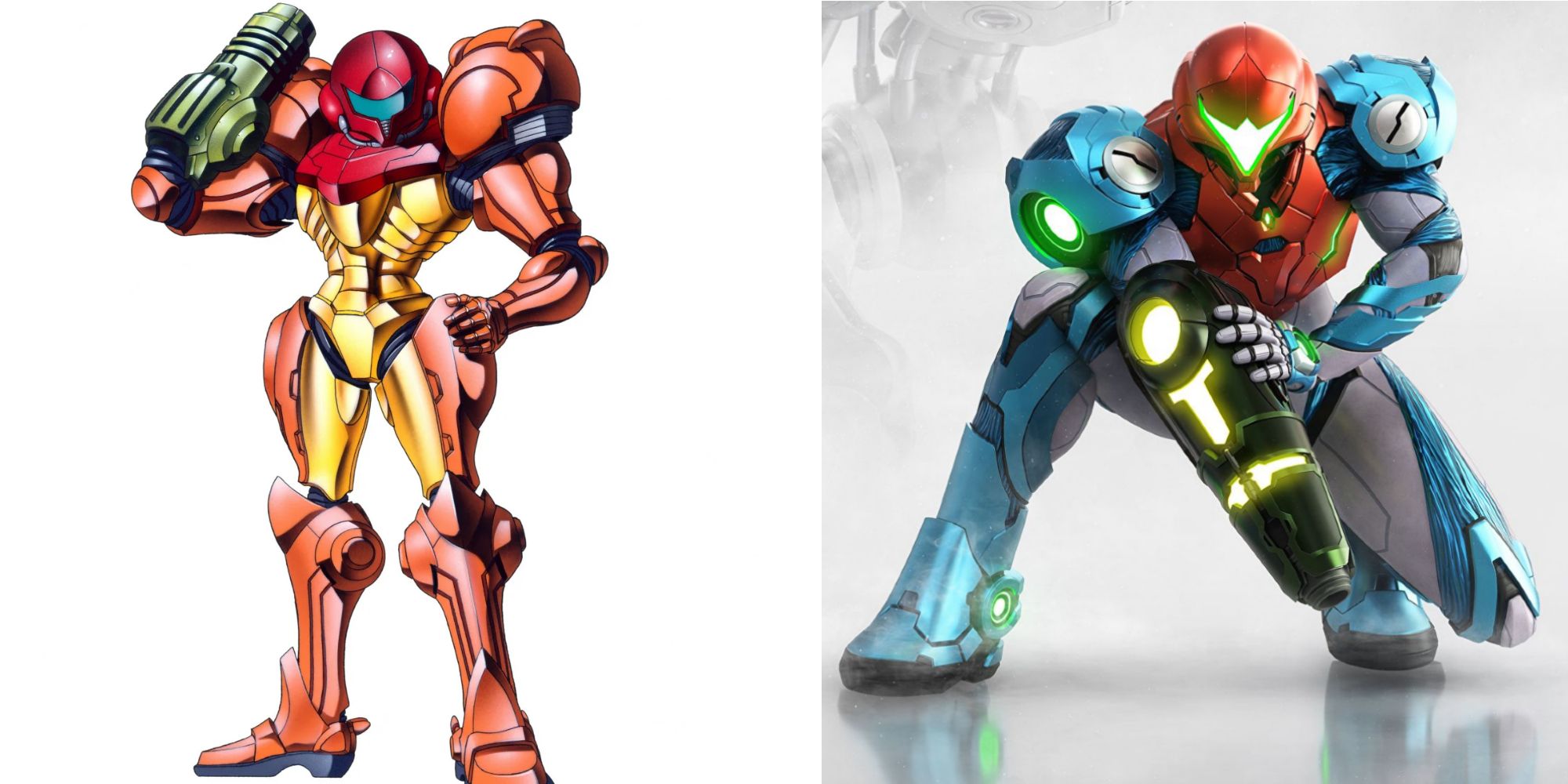 Samus has been through more shifts than almost any other Nintendo character; even within the games, her suit designs change and upgrade as part of the progression. But her designs have really shifted around in recent years. In Metroid Fusion, released in 2002 for the Game Boy Advance, she's been infected with the X Parasite.

The parasite is only vulnerable to Metroids, so she's injected with a vaccine made from Metroid cells and surgically removed from most of her damaged Power Suit. The result is a different, leaner design that has a blue, biological look. Metroid Dread carries this forward; though most of the suit has been reconstructed around her, you can still see the blue wires (or tendons?) running beneath.

1 Link, The Legend Of Zelda 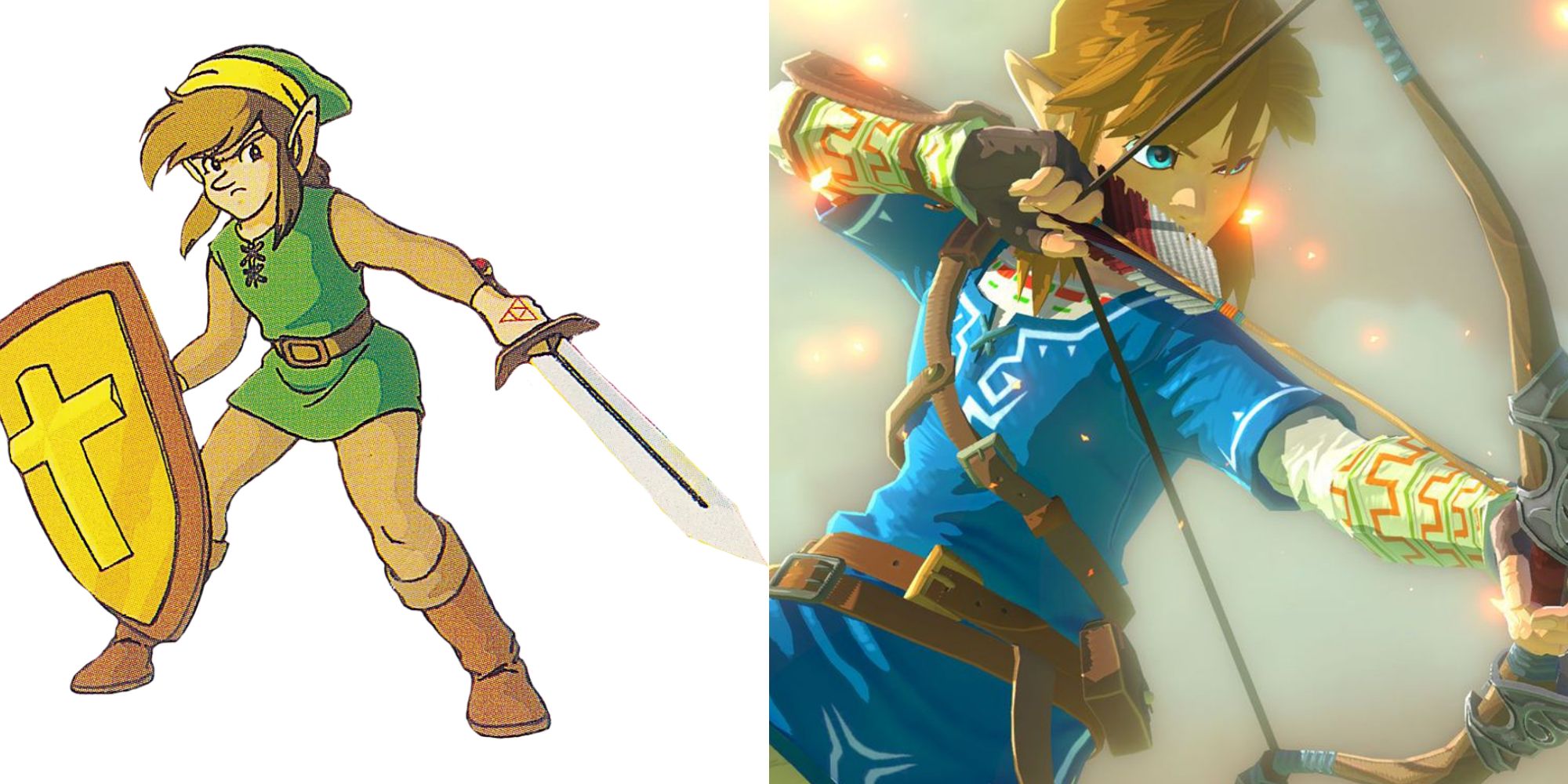 Link is technically not the same character from game to game – with a few exceptions, each Link is a different reincarnation of the hero of legend – so it makes sense that his appearance would radically change. In the original Zelda, his design is fairly simple. He sports the iconic green tunic, but his hair and tights are brown and his shield has a simple cross design, contrasting the elaborate crest it would later carry.

​​​​​​​One illustration in the manual also shows him carrying all of the equipment he's collected on his journey, which is a nice touch. His appearance would slowly change in subsequent games until Breath of the Wild discarded his iconic hat and green tunic, outfitting him in a fresher sky-blue. Fortunately, they kept Link's most important character trait.