Many fans believe The Outer Worlds is better than anyone could have possibly imagined. Lapsed Fallout fans especially have been looking for what this game offers since Fallout: New Vegas as some fans of the series view Fallout 4 as a step back. That’s before delving into the ongoing disaster that is Fallout 76.

But which game is actually better?

The Outer Worlds improves upon many of New Vegas’ downfalls, but it also doesn’t quite hit the same highs. Which game had better companions? Which one had more terrifying monsters or better mechanics? At the end of the day, they are both great works from Obsidian Entertainment, so fans will get a fantastic gaming experience no matter what.

Updated by Juliet Childers on September 21st, 2020: As fans of the Bethesda series languish in anticipation of any new game information, Obsidian continues to support its relatively new IP The Outer Worlds. Fans of Fallout will also know the developer as the minds behind fan-favorite Fallout: New Vegas. Despite the renewed possibility of an Obsidian-led Fallout entry, fans may pick one of these games for now. 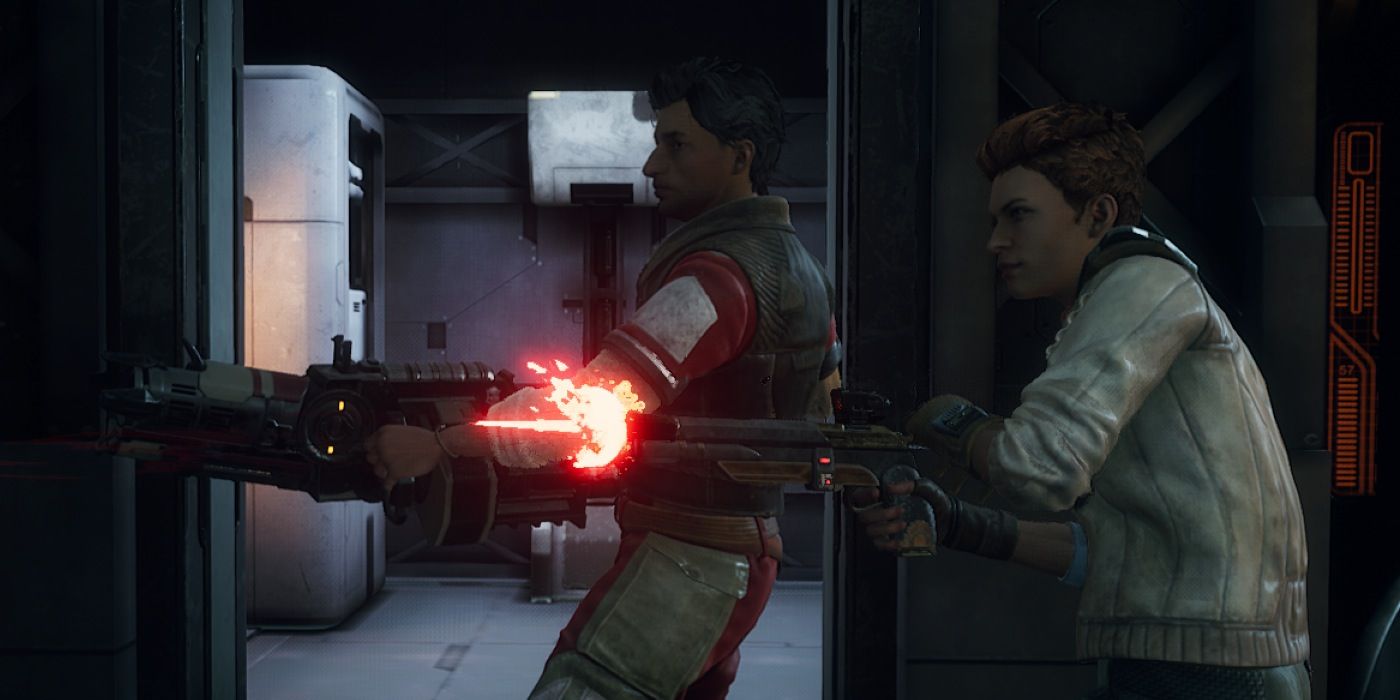 Companions in The Outer Worlds actually feel like real people. It’s not that we didn’t enjoy the company of our compatriots in New Vegas, but they didn’t have the heart that everyone does in The Outer Wilds.

In this sense, it is more along the lines of a Mass Effect than it is a Fallout successor, which is excellent. Furthermore, being able to bring more than one along for a job helps out in combat and in dialogue choices. 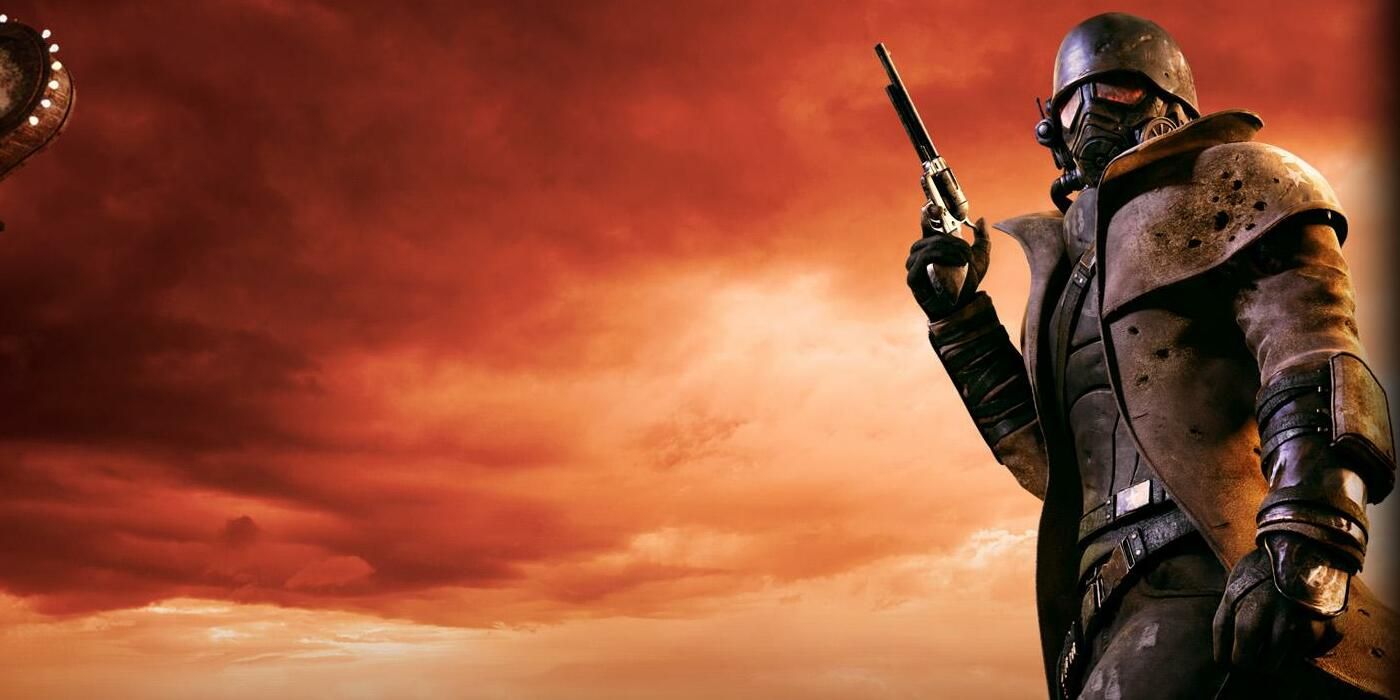 The companions do have a drawback. They make the game easy no matter the difficulty setting. Sure, one can go at it alone, but that sort of defeats the purpose of what this game is trying to do. One can be a lone gun, star explorer, but it is more fun with companions to flesh out the world.

On the other hand, New Vegas can be really tough for those wanting to really draw on the realism of surviving in the apocalypse. There is literally a hardcore mode to do that and it is indeed extreme. 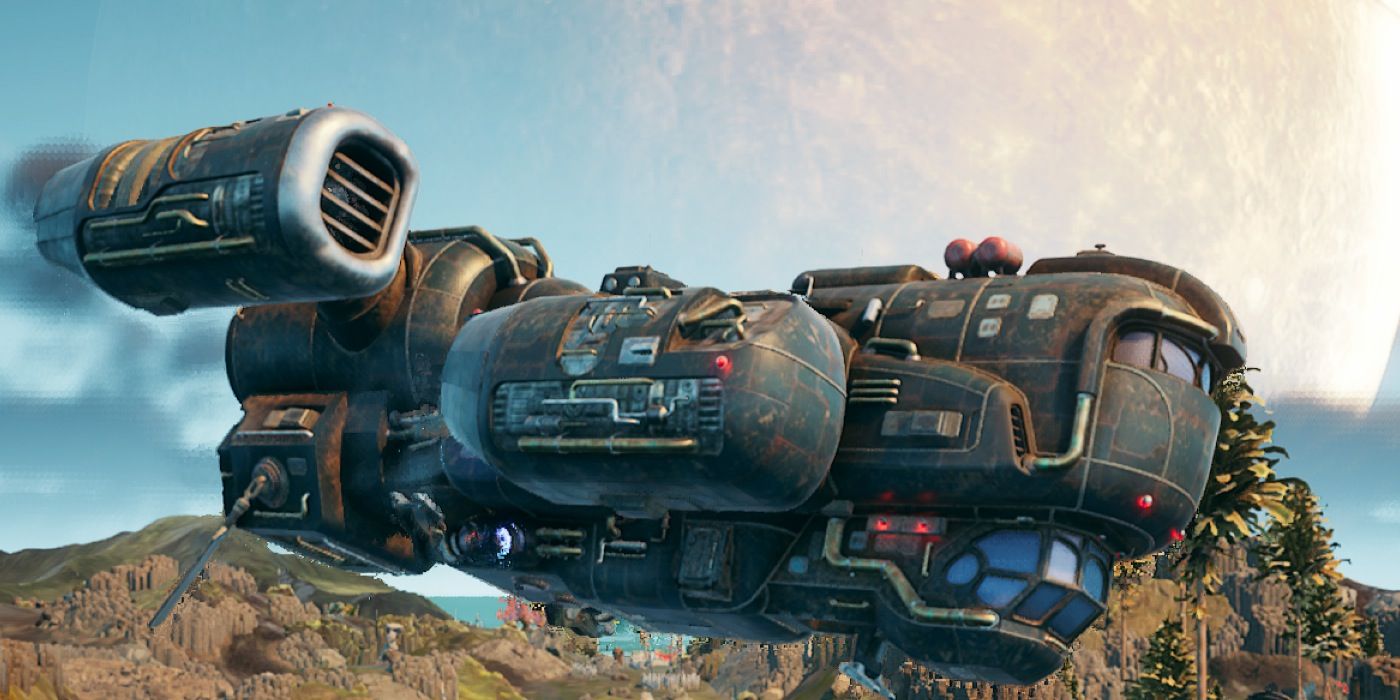 Surviving in the wastelands of New Vegas can be fun in its own way, but the environment and the idea of survival are also pretty depressing. It can also get repetitive seeing wasteland after wasteland.

That’s why fans loved the variety in The Outer Worlds.

Sure, many of the planets and colony houses do tend to look the same, but that aside, what players seem to really value most are the colors. Each location is a vibrant masterpiece like one of those old pulp novels from the 1950s.

Paired with the colorful nature of alien life, fans have quite the visual feast for their enjoyment. 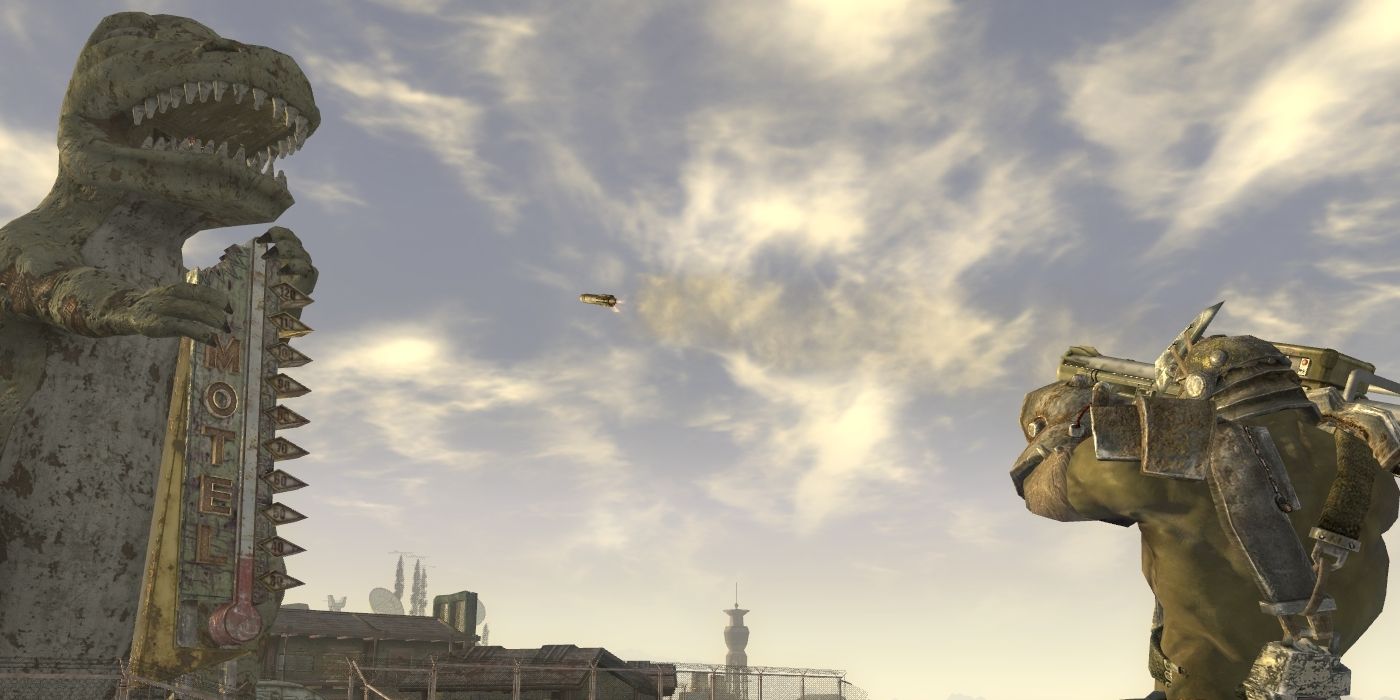 The many planets and space stations one can explore in The Outer Worlds provide a great variety. However, there isn’t much in the realm of discoverability. That is to say, roaming around the open-world of a desolate New Vegas was a lot more enjoyable.

Being able to explore at one’s leisure is freeing. It is the exact reason why Skyrim and the Fallout games are so popular.

Well, one of many reasons. Wanting to find out what’s around that next corner just doesn’t have the same effect in The Outer Worlds. There are just so many unique spots to visit — some created for the game and others picked from the real world like cave paintings and Zion Canyon. 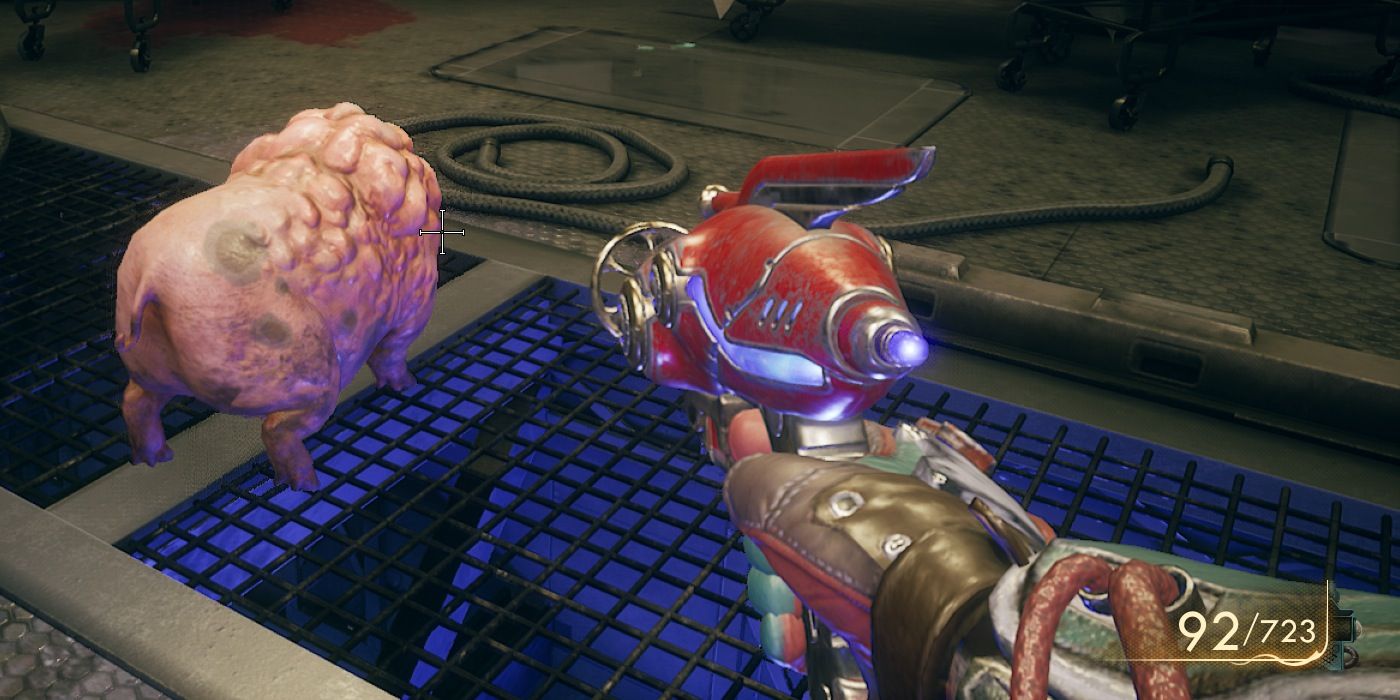 Both games have a ton of weapons. That much is true and their variety is also pretty rich. However, we found that The Outer Worlds has a tiny leg up on New Vegas. The biggest reason is science weapons.

We don’t want to spoil them all here, but they are wild, to say the least. One of the earliest that can be obtained is a literal shrink ray. That is just the tip of the iceberg.

A bit of advice: avoid the Spacer’s Choice gun if at all possible. Most players would agree that it is, in fact, NOT the Spacer’s choice. 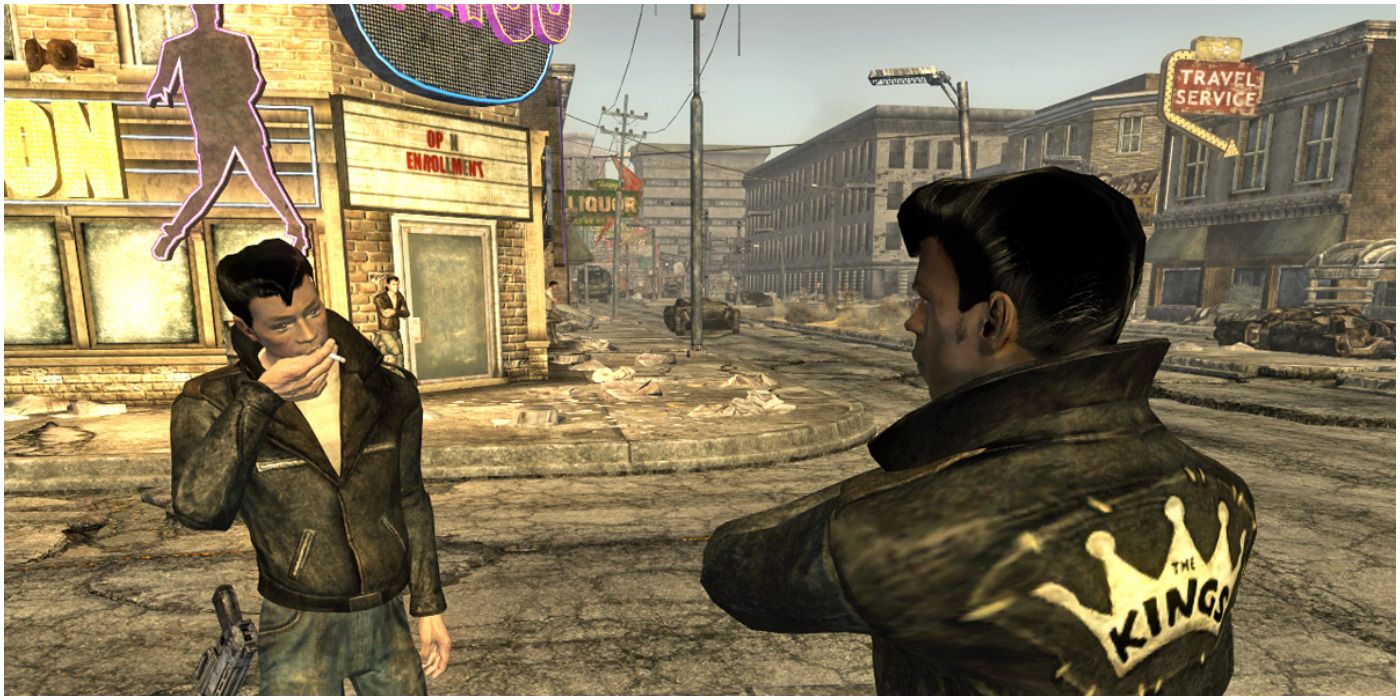 One of the biggest things missing in The Outer Worlds is the factions. Technically, they are represented as corporations versus everyone else, but these only play out in small scenarios on each planet. There really isn’t a big group linking everything together like in New Vegas.

They honestly made the world in that game a lot richer. Furthermore, being able to definitively choose a side was a cool process in the story that opened up many proverbial doorways for many alternate playthroughs. 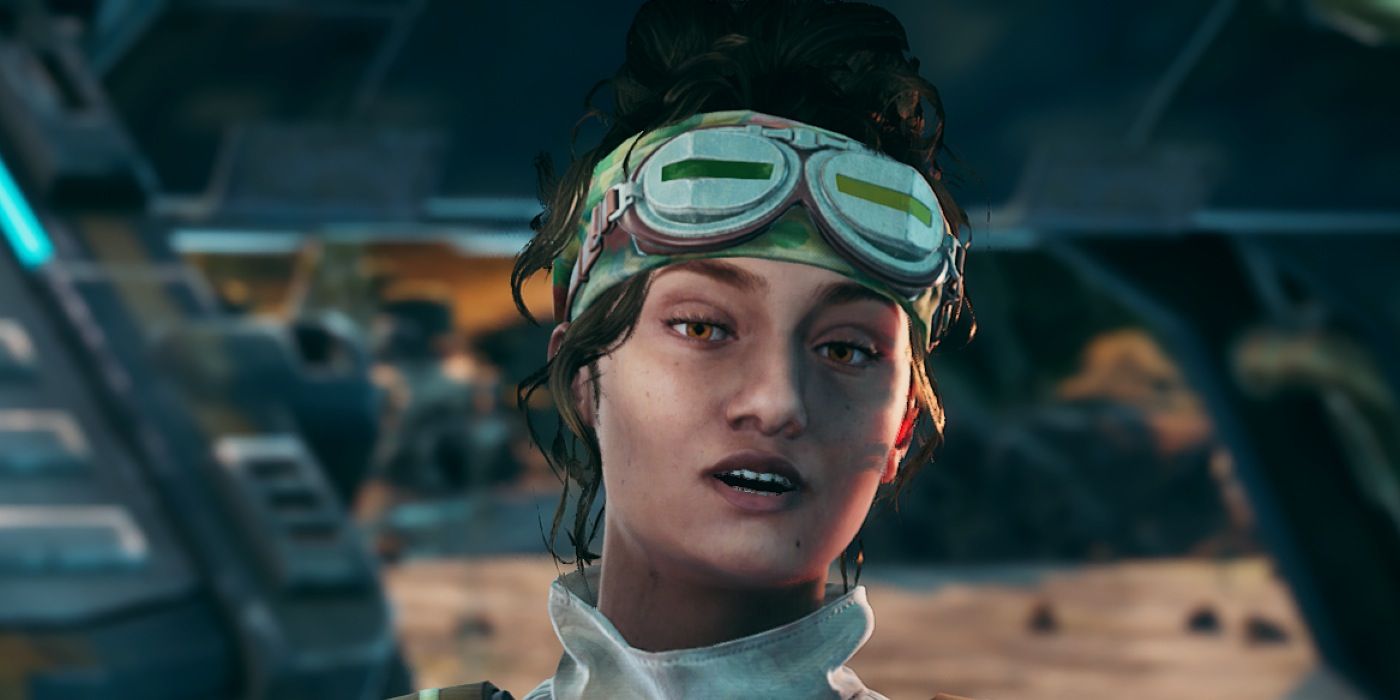 The Outer Worlds actually doesn’t look that much different graphically from New Vegas. There is clearly a difference when viewed side by side, but at the same time, The Outer Worlds looks like it could have come from the last generation of consoles like New Vegas.

That is not to say it looks bad because, as previously mentioned, fans loved the varied locales and vibrant colors. In this case, the fact The Outer Worlds only wins by a margin is the point. 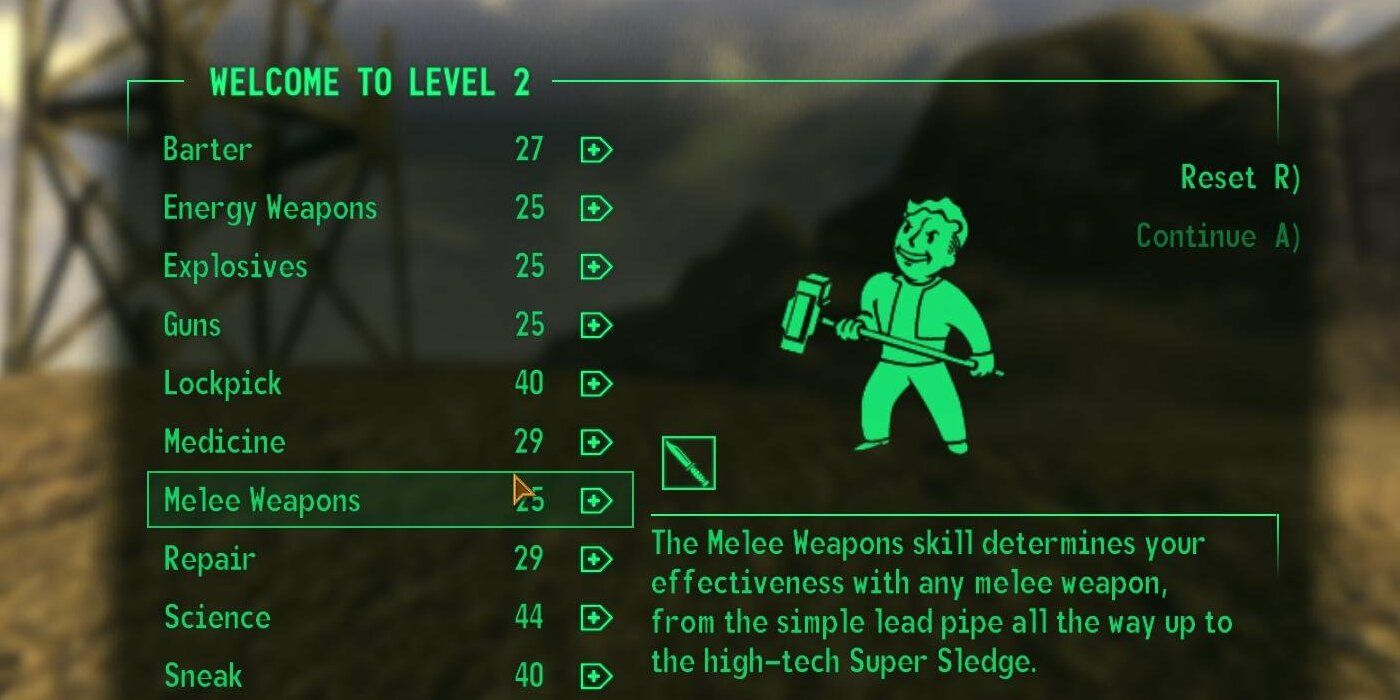 Some fans contend that leveling up in The Outer Worlds never feels good because it comes without too much investment or trade-offs. On top of that, getting a skill every other level isn’t that exciting in terms of what players can choose and builds they can customize.

On the other hand, fans had an awful time deciding what to choose in New Vegas, because there were actually too many great choices. Despite that double-edged sword, players loved seeing everything represented by a Pip-Boy aesthetic. 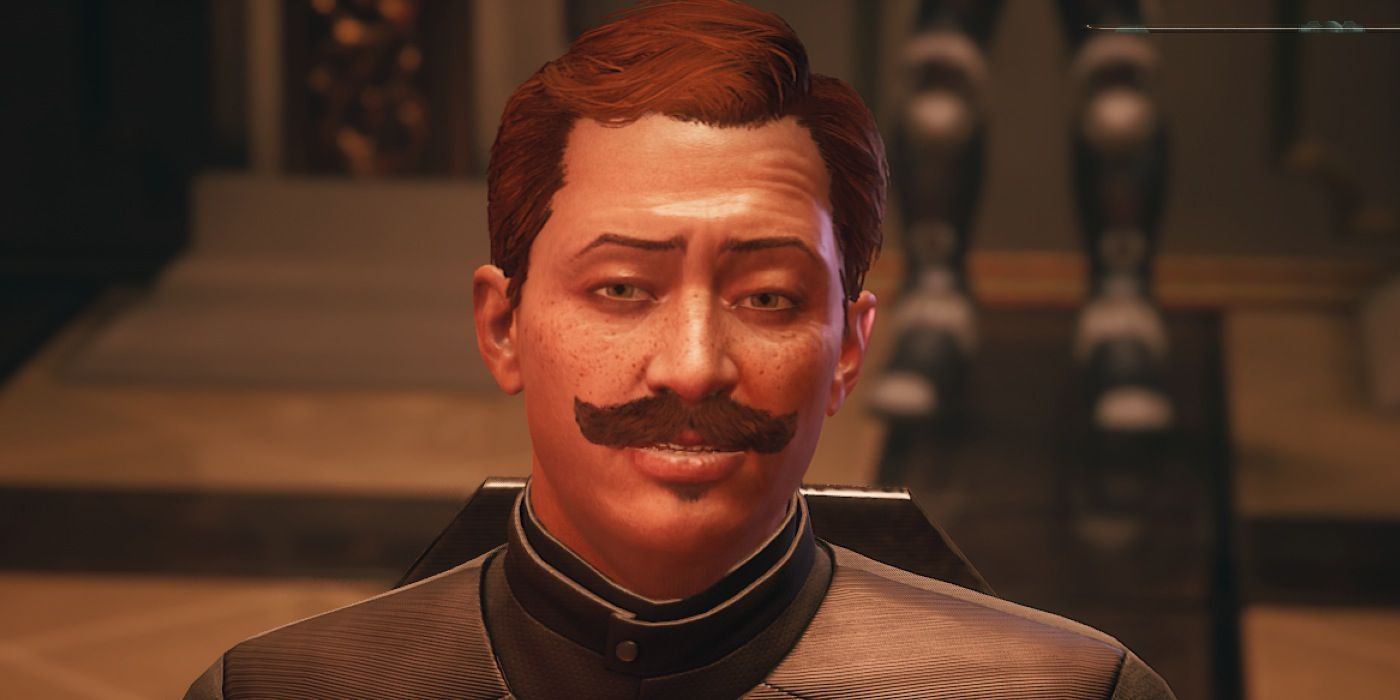 New Vegas isn’t devoid of humor. There are some comical elements like the idea that a gang in the world decided to become all Elvis impersonators. That is rich! That said, on the whole, The Outer Worlds is consistently funnier.

It’s really hard to make a game where humor is a focus and wants to please everyone. Just look at Borderlands 3 as an example of how not to do it. The point is The Outer Worlds has snappy dialogue and in turn, is smartly written. In fact, some fans consider the game’s dialogue options to be one of its strongest features. 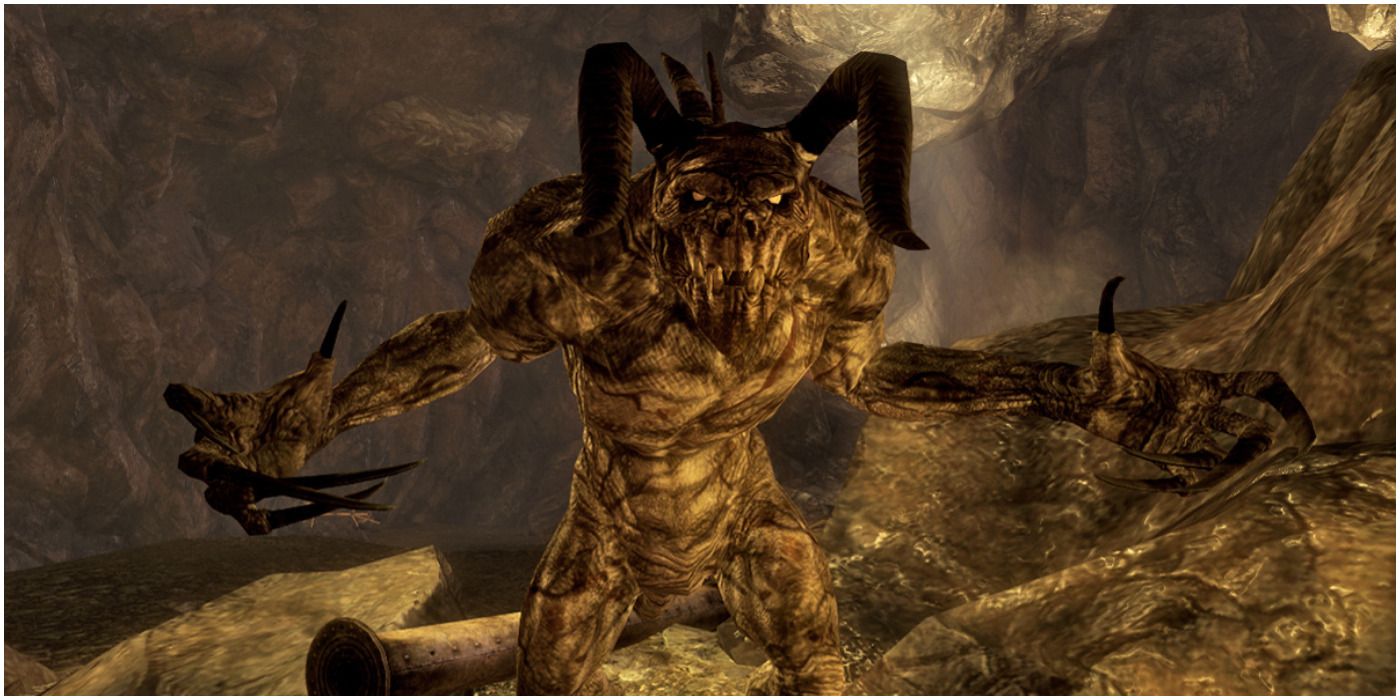 This may be because the game is easy, but we never felt threatened in The Outer Worlds by enemies, be they human or supernatural. All of the creatures specifically just feel like knock-off versions from the Fallout universe.

For example, akin to Deathclaws, the Primals are the worst enemy in the game and yet seeing one still isn’t as terrifying. Perhaps aliens just don’t feel that scary compared to giant scorpions in the desert. We know how annoying an actual scorpion can be given its small size already. 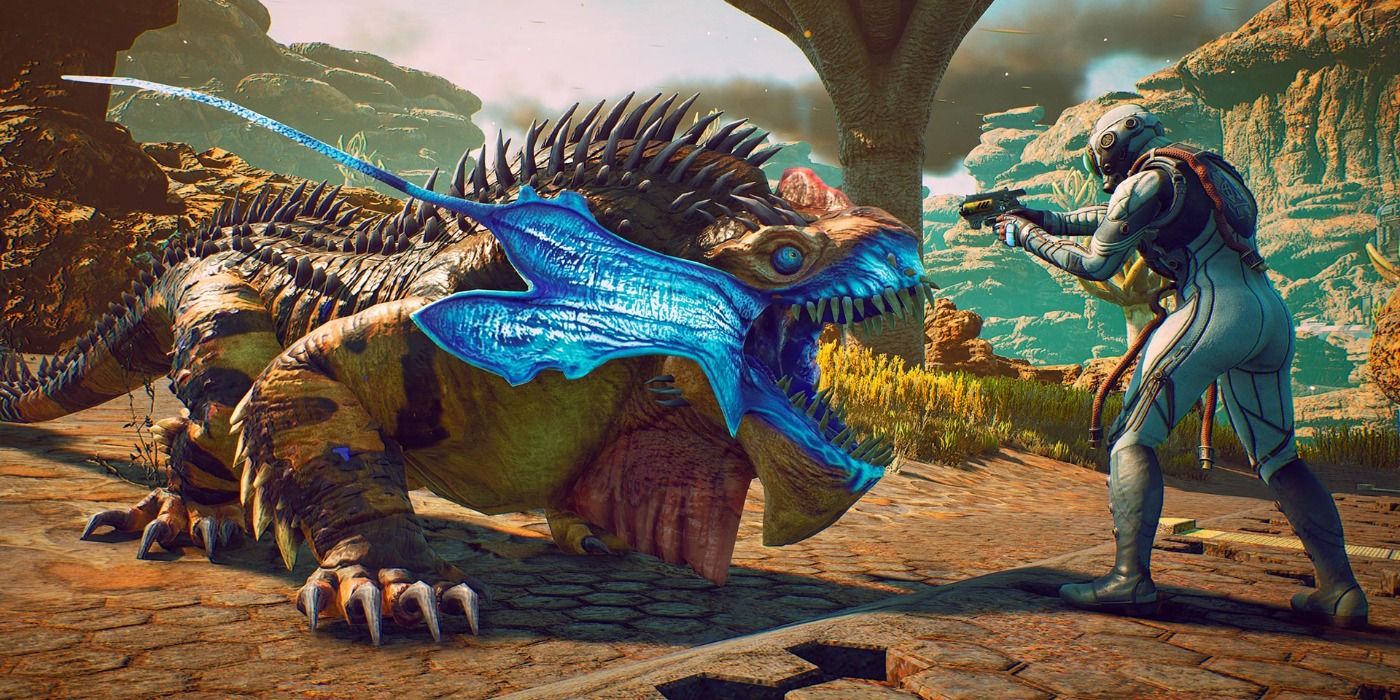 By its very nature, The Outer Worlds is going to perform better in this category than New Vegas. That said, it is canon that there are aliens in the Fallout universe and, indeed, in New Vegas, as well. They just look a bit more stereotypical with big black eyes and green skin.

The Outer Worlds does a fantastic job of bringing to life distinct, unique, and numerous forms of alien life. Fans have theorized that Obsidian could, at some point, add intelligent alien life similar to intelligent Deathclaws found in Fallout. 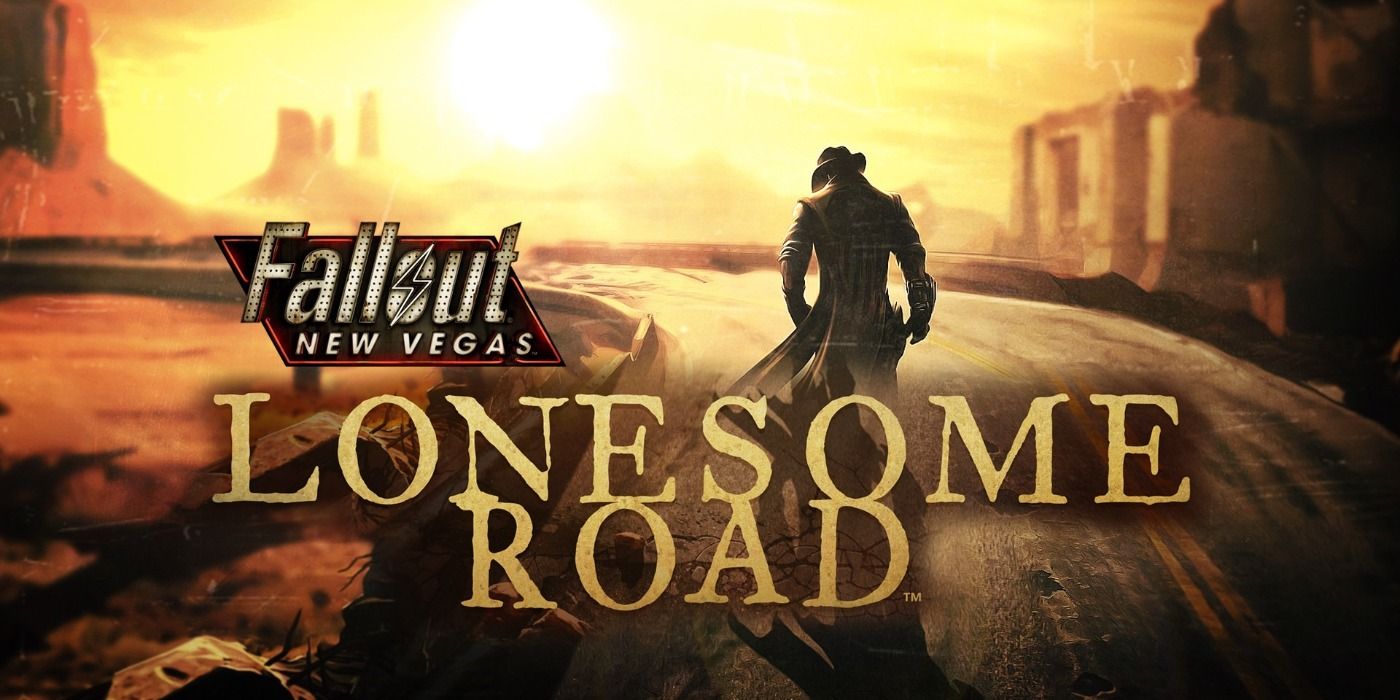 Preliminary reviews of the first DLC for The Outer Worlds (Peril on Gorgon) amount to basically saying that it is more of the same as it doesn’t progress the story or take place after you beat the base game. That isn’t a bad thing, but it is not what fans want out of an Obsidian-led game DLC.

With New Vegas, fans got access to new item packs, and a few DLCs featuring expedition-style expansions like Honest Hearts. But Lonesome Road puts a bow on the Courier’s story and many fans consider it one of the best DLCs in all Fallout history. 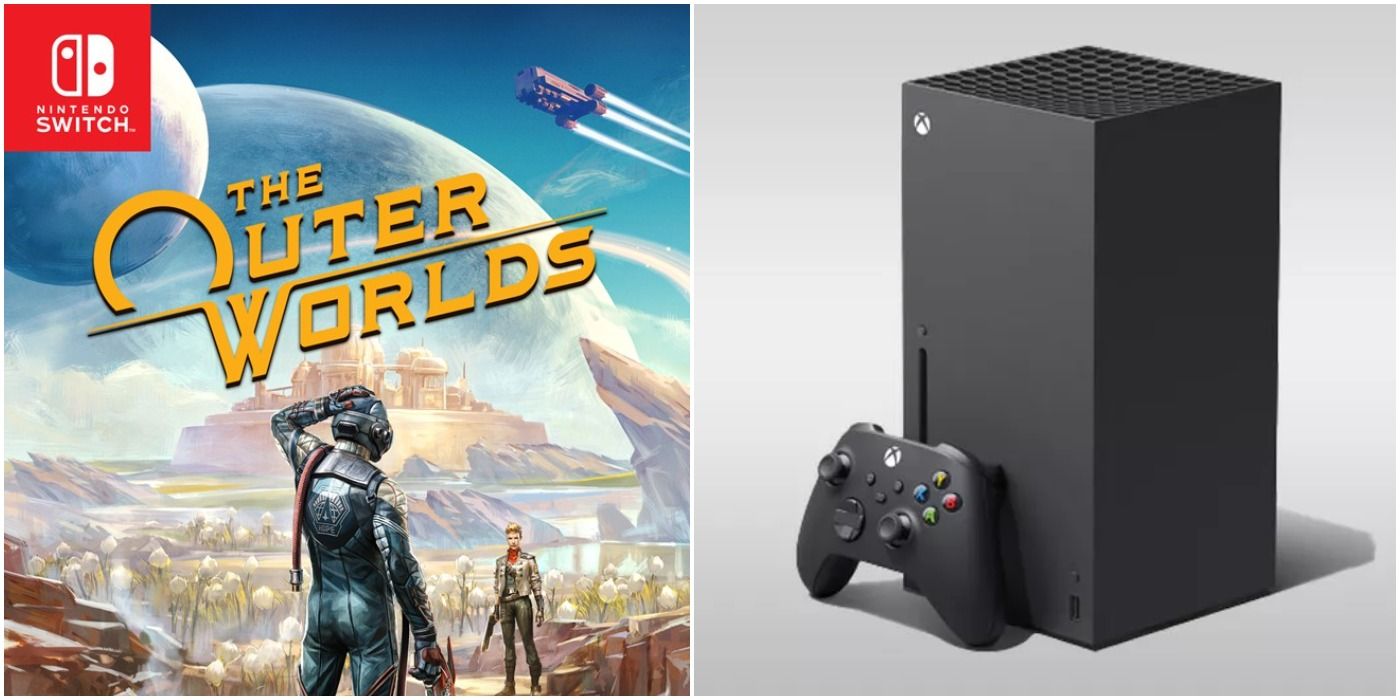 Being a newer game, Obsidian could tailor the programming to fit multiple platforms. For New Vegas, fans could only pick it up on Xbox 360, PlayStation 3, and Windows PC. Given that preorders are already happening for the next generation of consoles, fans looking to take advantage of current-gen tech should look to The Outer Worlds instead.

Furthermore, current owners of The Outer Worlds DLC Peril on Gorgon will get graphical optimization updates for the Xbox Series X lineup. The forthcoming DLC Murder on Eridanos has yet to be released. Nintendo Switch owners can also get their corporate alien smashing on. 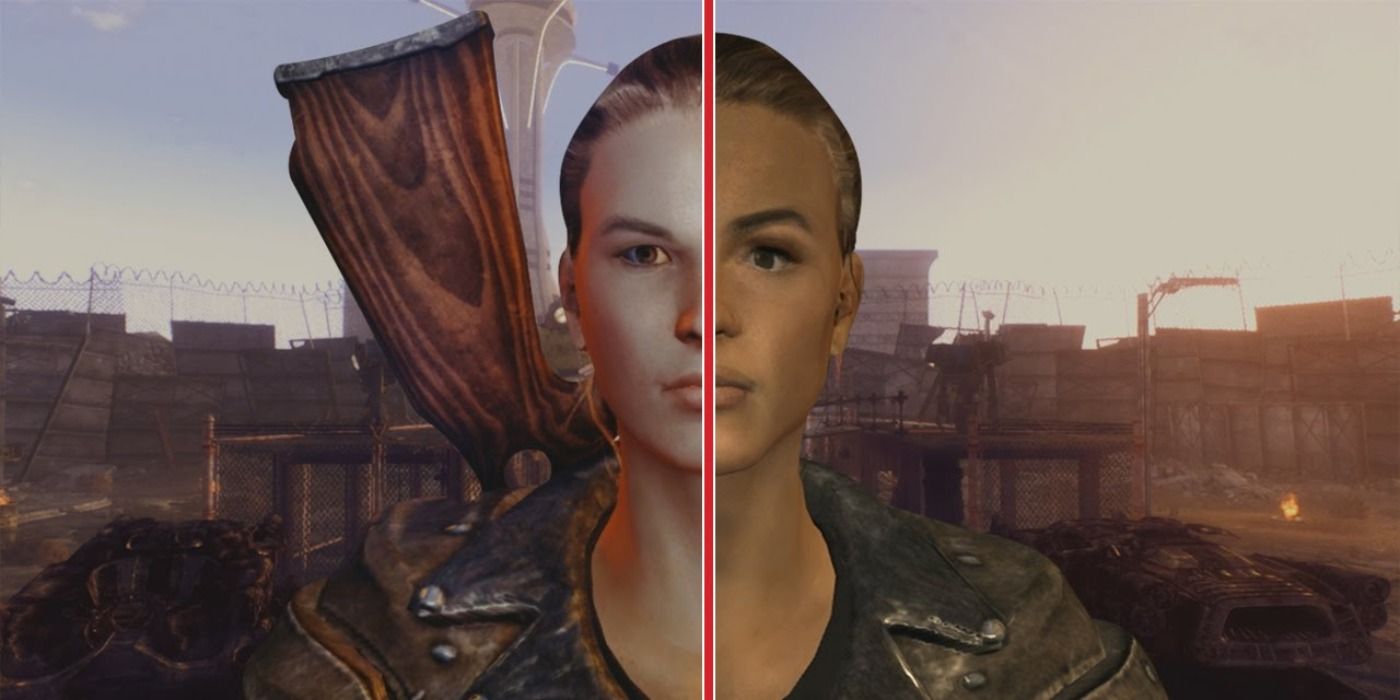 Despite being a bit of a spiritual successor to New Vegas, Obsidian did not support mods for the game at launch (though the developers “would love to” have done so). The studio did announce mod support in late 2019, but there are still very few mods available on Nexus Mods for fans to try out.

Simply put, New Vegas is older, so there are just dozens more mods for fans to employ to adjust their experiences. As many Bethesda fans have done with Elder Scrolls V: Skyrim, players can amp up the visuals, tweak performance, and more with Nexus Mods options. Mods can even be used to adjust plot points, like this one that provides a new ending.

PS5 pre-orders back in stock at Currys, but only for select number of gamers