7 Ways The Pokemon Manga Differs From The Games

The Pokemon series stretches all the way back to 1996 when Pokemon Red and Blue was released. Since then, there have been tons of games, as well as anime and manga. Although all of this focuses on the world of Pokemon, the materials themselves are a bit different from each other.

One of the first Pokemon manga, called Pokemon Adventures, came out in 1997, just a year after the first game was released. This manga is still going strong, with new issues released for current Pokemon games. Here, we are going to go over the main differences between Pokemon manga and Pokemon games. Overall, if you are a huge Pokemon fan, we recommend both reading the manga and playing the games. 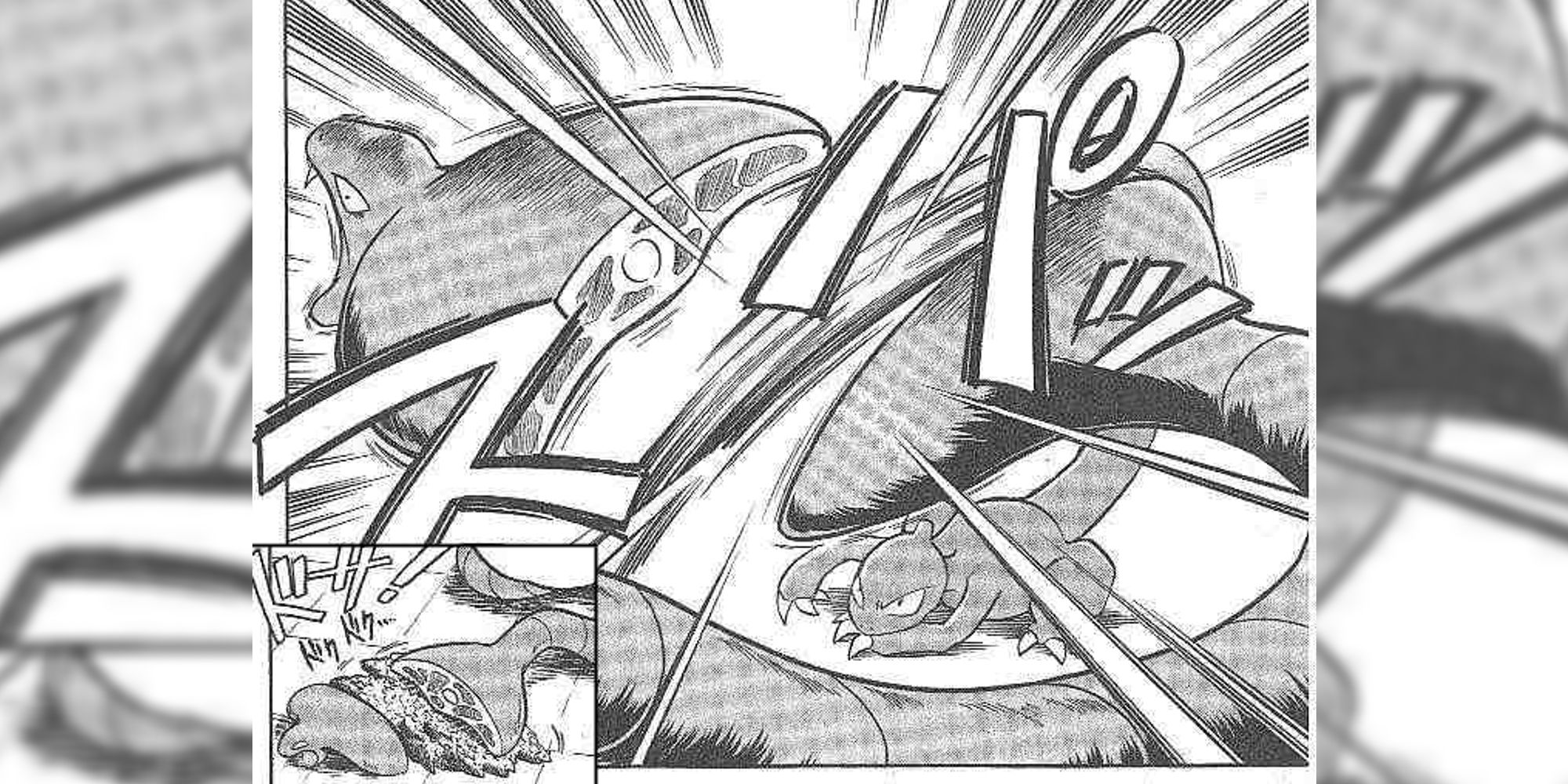 In the main Pokemon games, your party can get injured and faint, but with one visit to the Pokemon Center, they will be all healed up. Fainting doesn’t really mean that the Pokemon died, but in the manga, this is a very real possibility.

On several occasions, Pokemon become gravely injured, or just die altogether. For example, in the image above, you can see Arbok being cut in half, and presumably dying. A scene like this would probably never appear in a game. This is from an early issue of Pokemon Adventures, and overall, the manga is quite violent and mature. 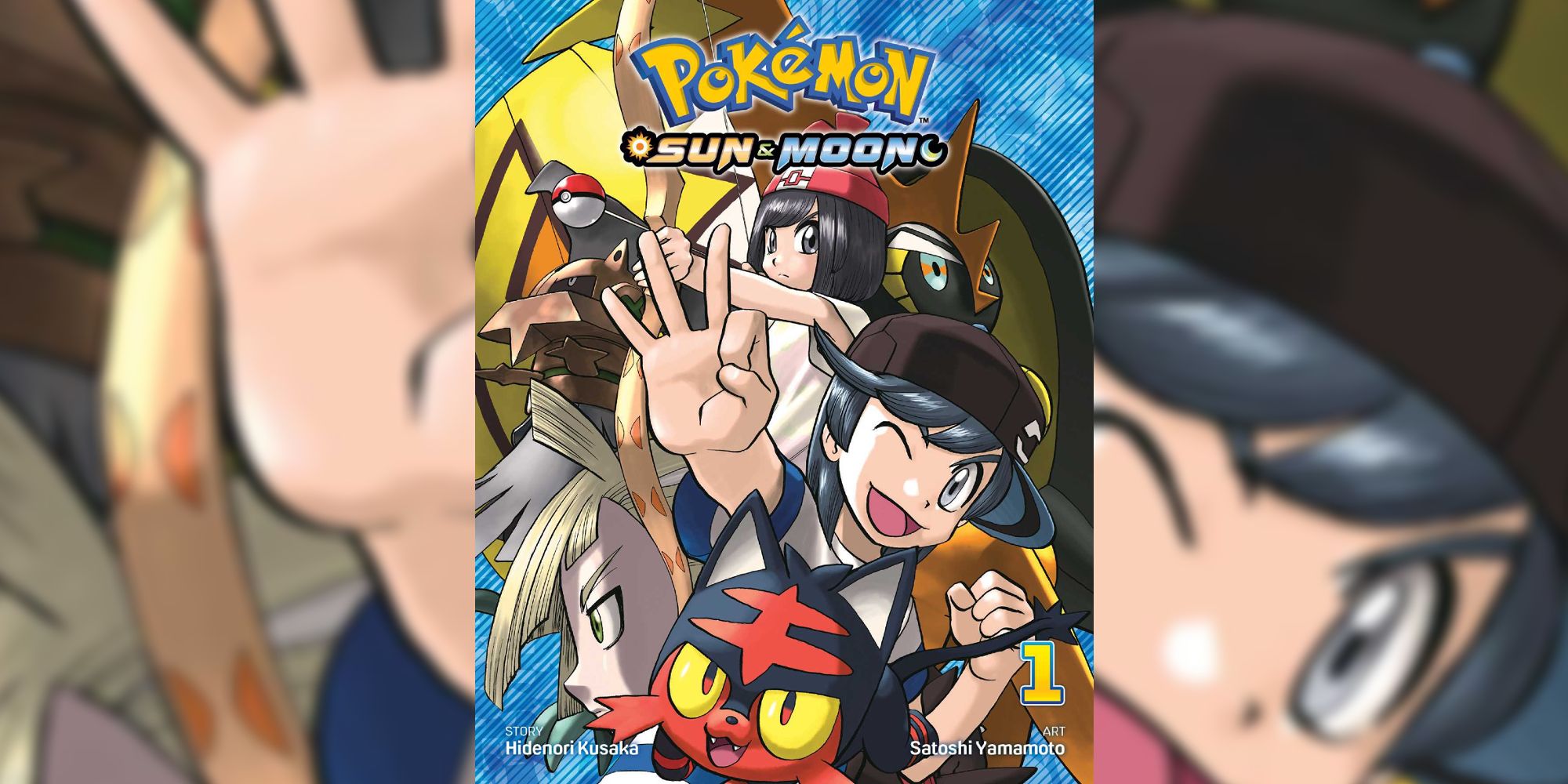 After getting a brand new Pokemon game, you set out from your house with a Pokemon starter by your side, in hopes to battle every gym and become a champion. Along the way, you will need to defeat an enemy team that seems to appear everywhere you go. This describes many Pokemon games, which all have a similar format.

The manga is a bit different. Firstly, the main character is given a personality. Rather than naming a character yourself and giving them a personality, the protagonists in the manga have their own personalities and mannerisms. This makes sense though, as video games usually adapt to you.

In terms of story, the manga fleshes out more details, adding in arcs and side stories. For example, in the Sun and Moon manga set in the Alola region, we meet two main protagonists, also named Sun and Moon. Sun aims to gather 100 million yen, while Moon’s goal is to deliver a Rotom to Professor Kukui. These two motives aren't part of the Sun and Moon games, making them unique to the manga. 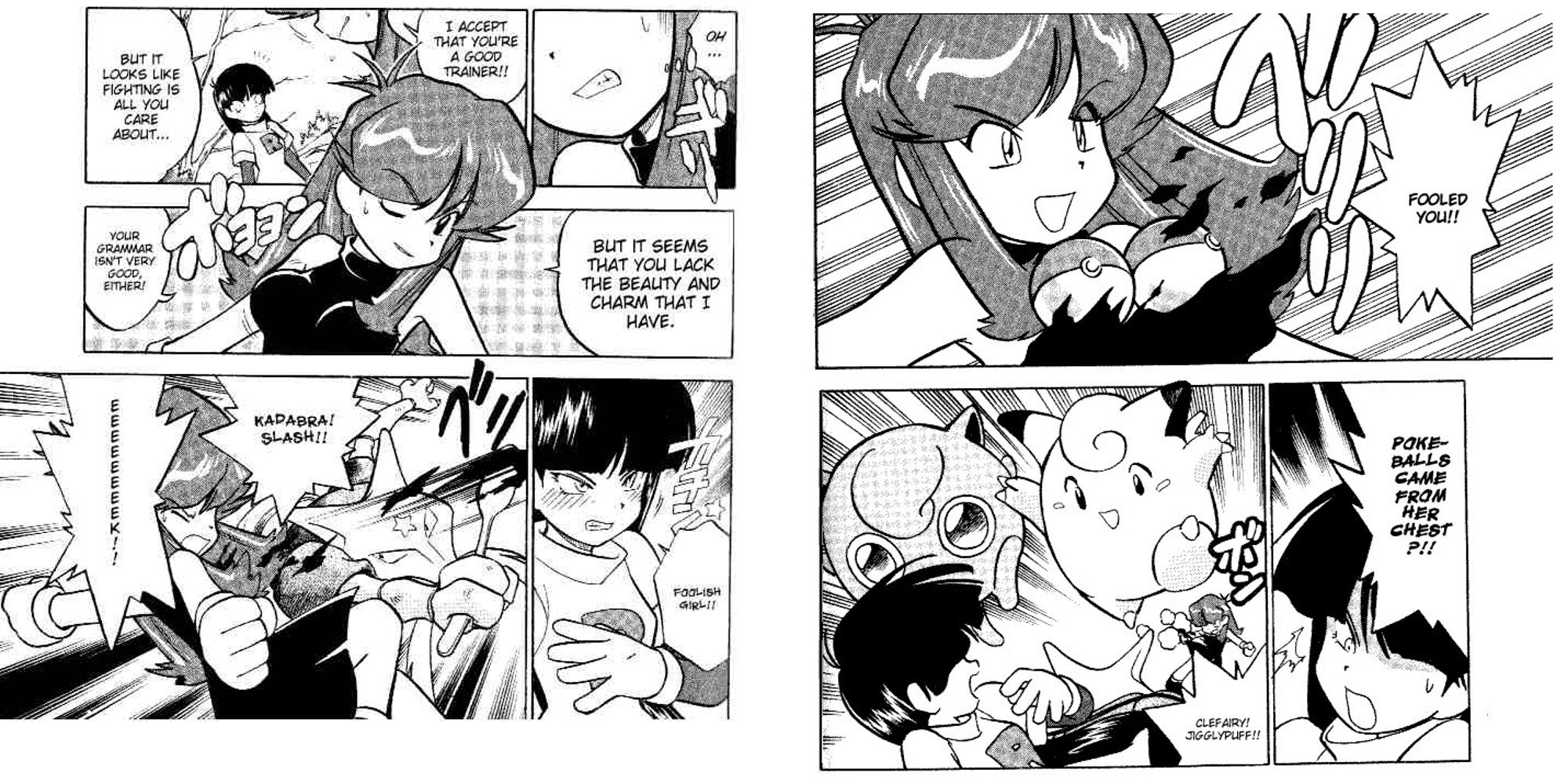 Above, we showed you a scene of Arbok being chopped in half. In addition to these violent attacks, the Pokemon manga can become a bit mature, with sexual overtones. Pokemon Pocket Monsters is an episodic manga that leans heavily into slapstick humor. One Reddit user pointed out this particular panel from the manga. This is NSFW, so be cautious when viewing it!

In Pokemon Adventures, you can read about a trainer who appears to use Pokeballs under her shirt. The truth is soon found out after her top rips away and the Pokeballs become visible. 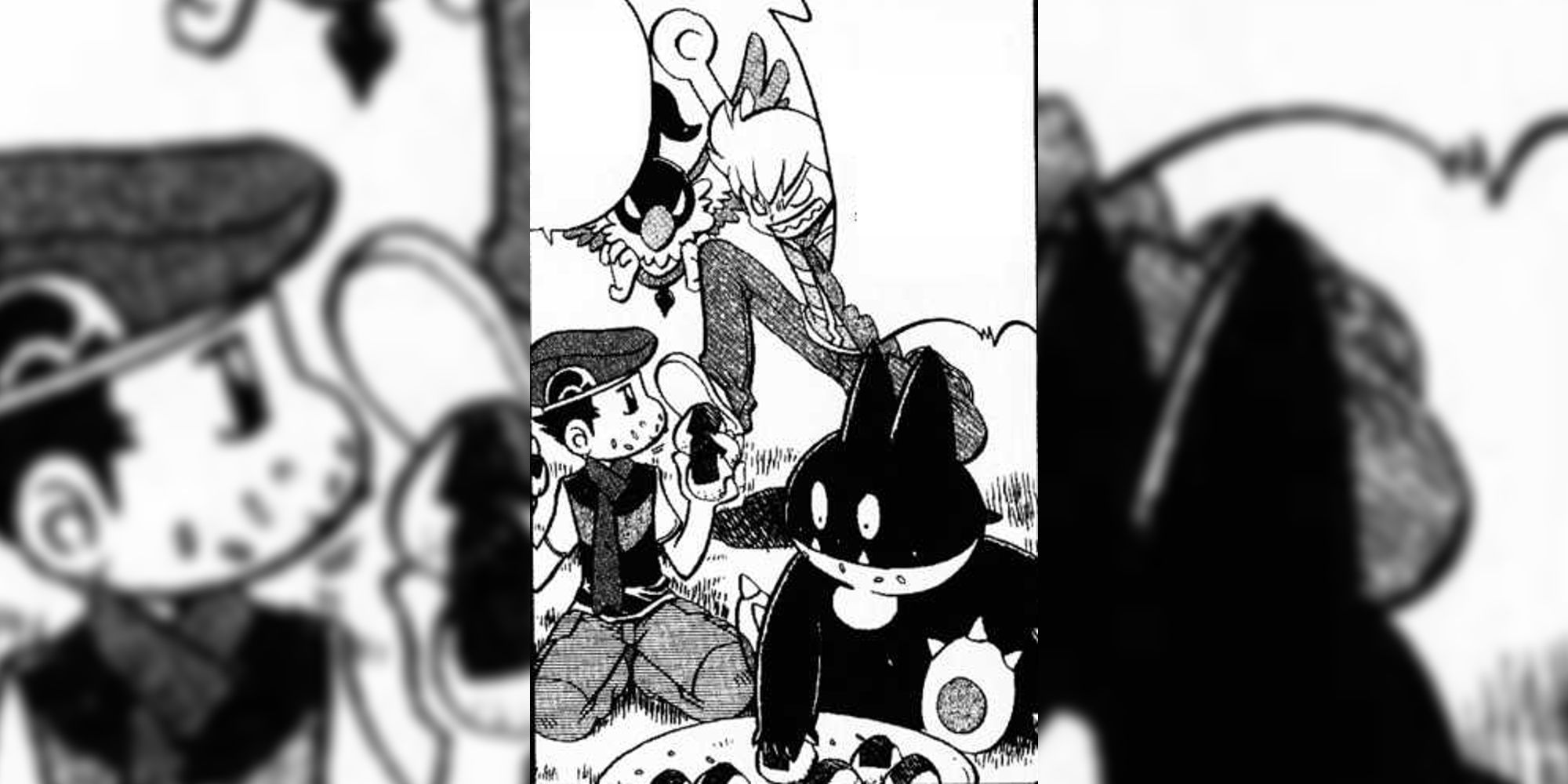 In the main games, you play as the main character. There may be other characters that are important, but they don’t appear as often as you do. This doesn’t hold true in the manga, as well as the anime too. For example, we all know that Brock, Misty, and Ash travel together, which is not something seen in the games.

Interestingly, a lot of Pokemon manga has two main characters; one for each game. This was seen earlier, when we went over Sun and Moon, the two protagonists in the Sun and Moon manga. Rather than having a manga for each game, the game releases dictate the character’s names.

3/7 Glimpse Inside A Pokeball 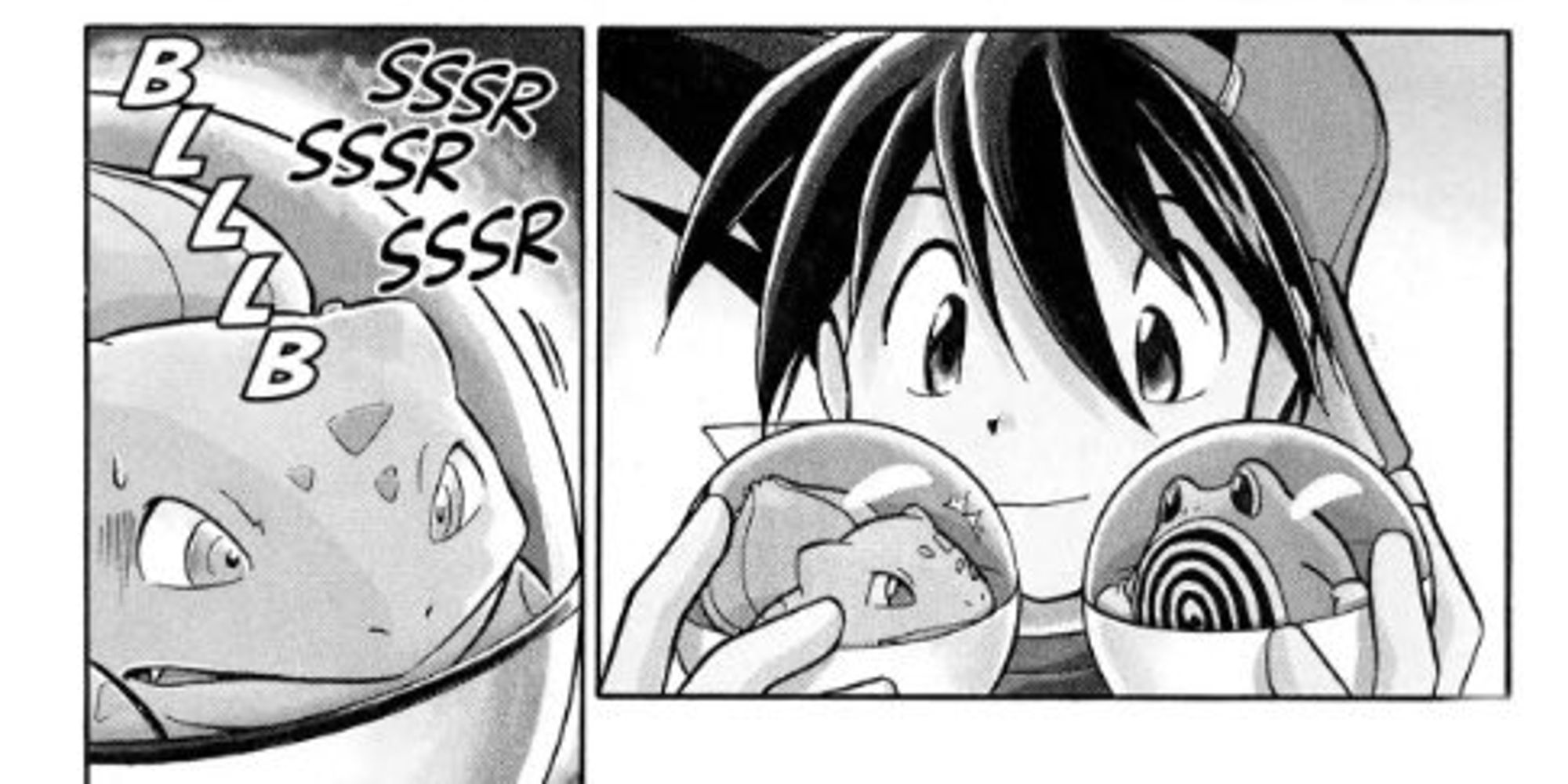 The inside of a Pokeball is mysterious; in each game, you can use these unique balls to capture wild Pokemon and store them in your bank. What does a Pokemon do inside the ball though? What do they look like?

In the manga, Pokeballs have a clear top, allowing you to look at the Pokemon inside. While inside, the Pokemon is miniature, taking up the entire ball. There is not much room for the Pokemon to move above, but it lets you quickly see who is inside each one. 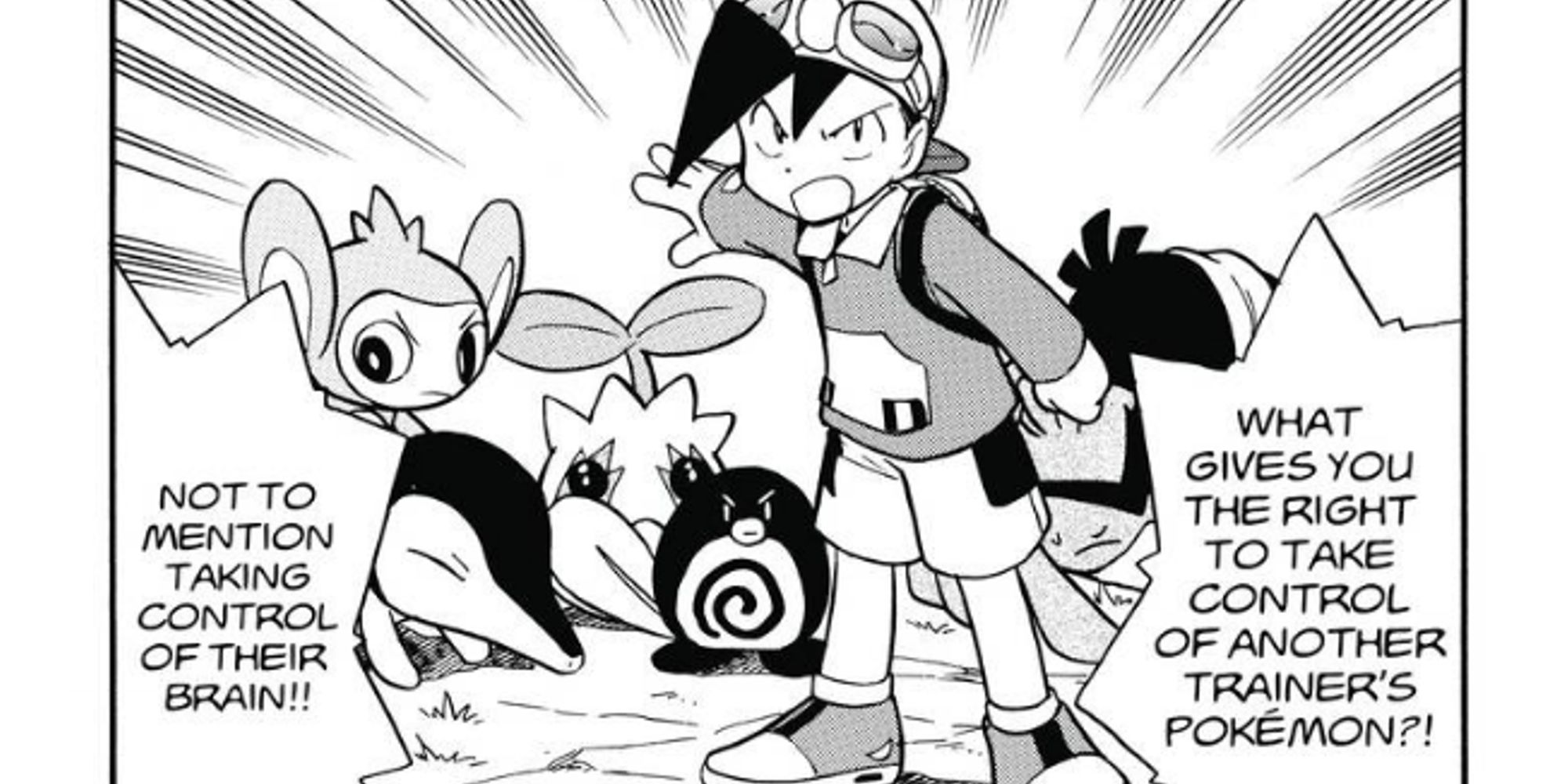 Pokemon interactions in the games are rare, especially in early games. With newer games, you can camp and have picnics with your party, allowing them to frolic together, but in the manga, the Pokemon truly interact with each other.

Rather than being cooped up in a ball, we get to see entire parties out and about at the same time. Battle interactions between Pokemon are more detailed in the manga as well. In the games, you can use a move, but there will not be a unique battle attack, depicting your Pokemon doing the action. In the manga, you can see exactly how a Pokemon will execute the attack. 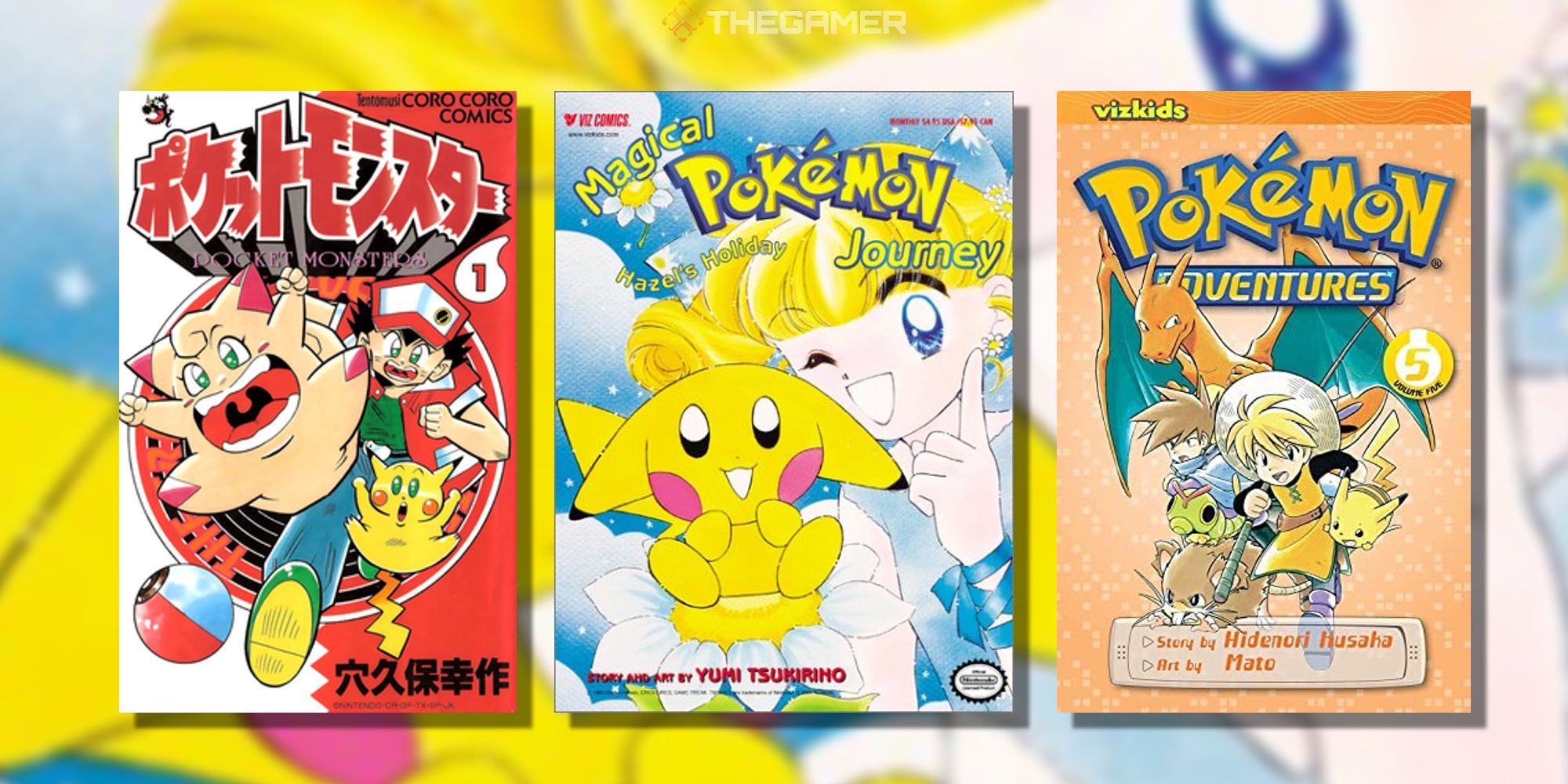 Unlike the games, there are multiple Pokemon series. We have already mentioned Pokemon Adventure and Pokemon Pocket Monsters. You can also find a series titled Magical Pokemon Journey, which is a shoujo manga that doesn’t follow the story of any game or anime. In this manga, most of the Pokemon can talk too.