Mars, the red planet, has been a source of much science fiction, and it's only a matter of time until a person actually makes it there. Still, until that happens, people can amuse themselves with games that offer ideas of what exploring the planet may be like.

Images of Mars show it to be a vast surface of sand and rock with evidence of water as well. As a result, there are many ideas revolving around the idea of turning Mars into a hospitable planet. There's also a lot of mystery surrounding it and the types of stories that it could hold. 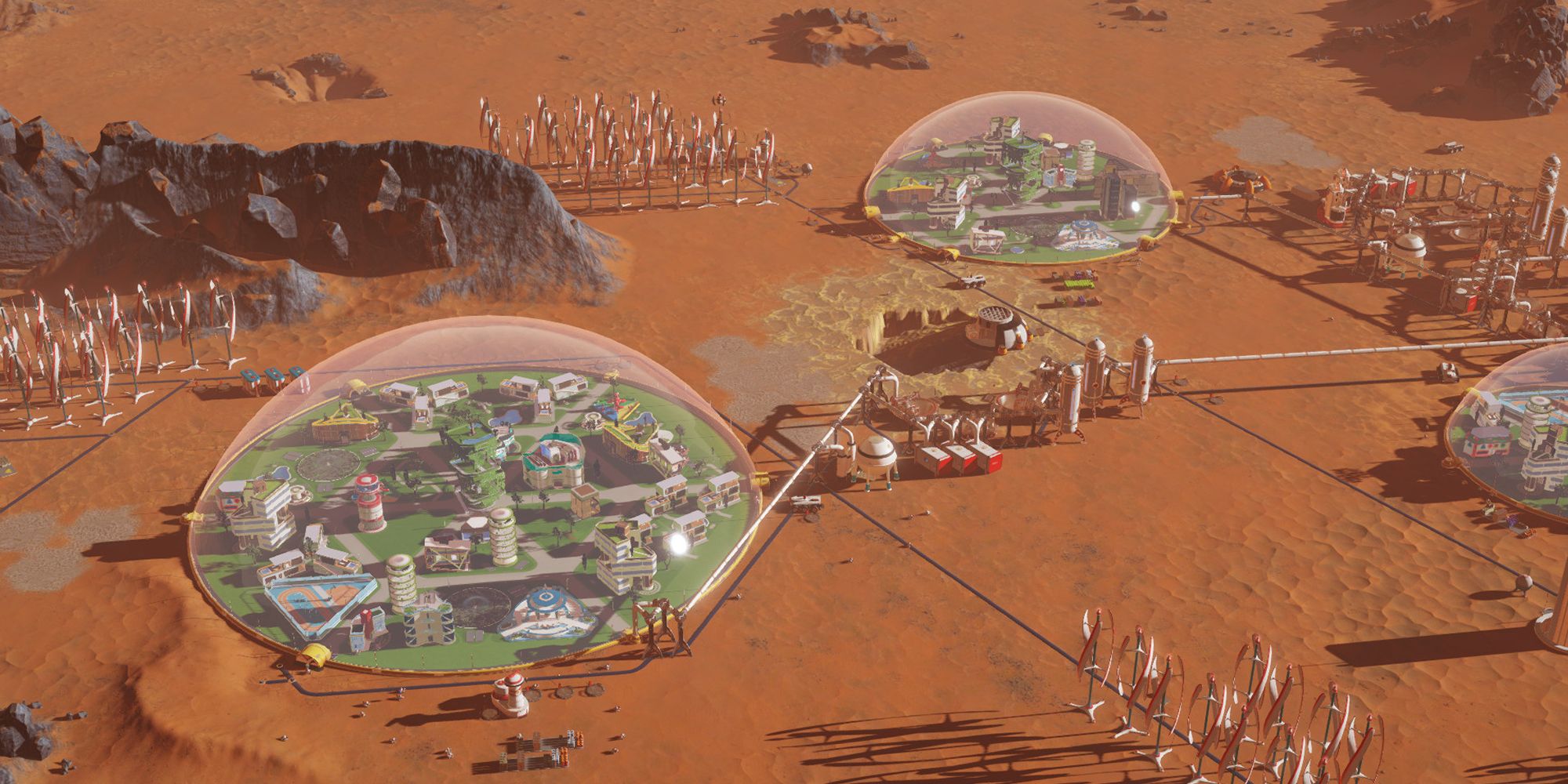 Not only is getting to Mars a challenge but establishing a working colony is an even bigger one. Surviving Mars has you in the role of the first humans to arrive on the planet and set up a place for people to live.

This means you'll be building a lot of domes for housing and facilities to generate the power needed to sustain this artificial settlement. The more you build, the more you'll have to find in order to keep things functional and make Mars somewhere possible to live instead of just surviving. 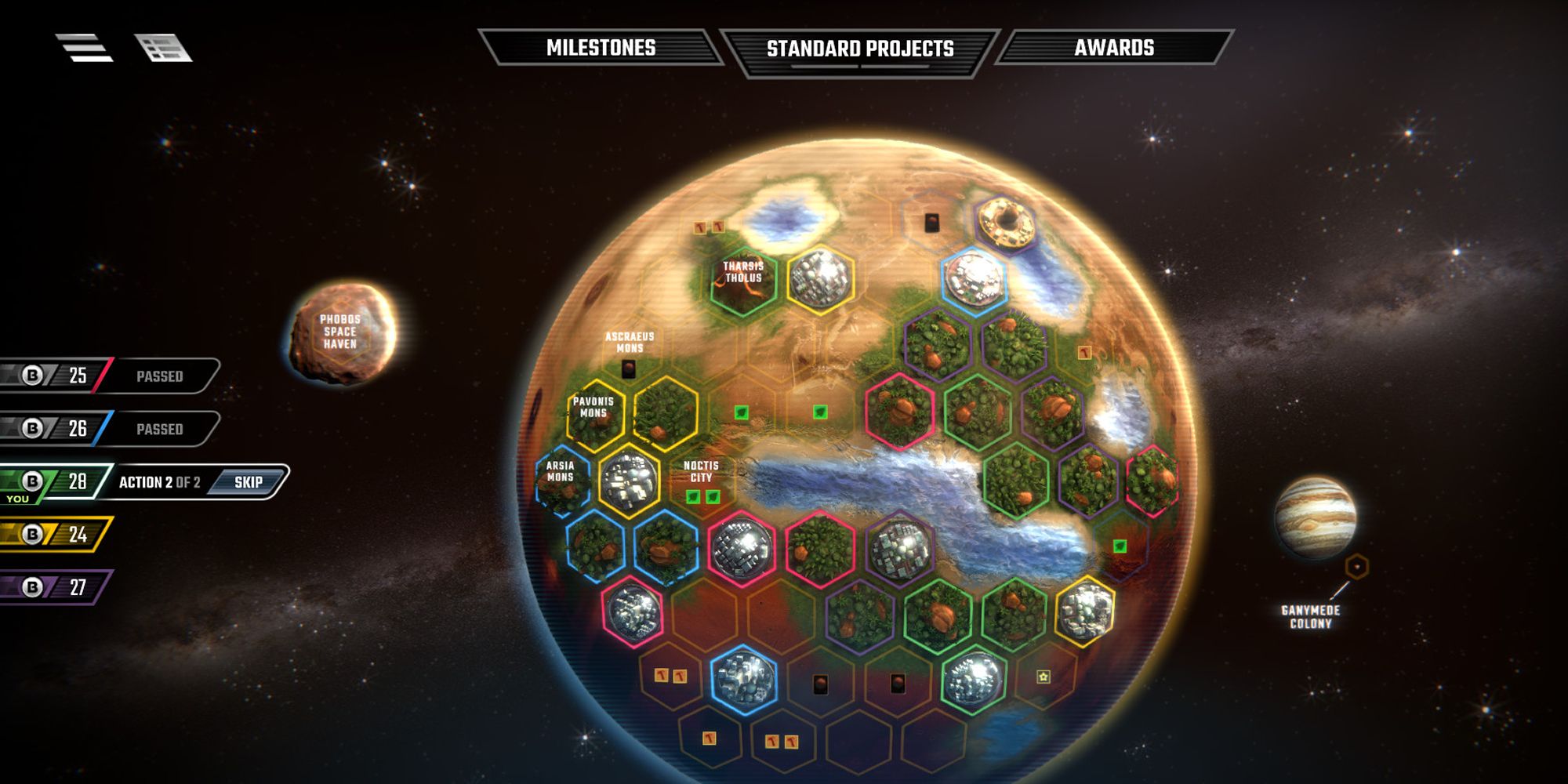 Though it has yet to be actually performed, the process of terraforming has appeared throughout sci-fi media. Many stories about Mars involve terraforming it in a way that allows nature to thrive and humans to live comfortably. It's definitely not an easy process, requiring lots of time, resources, and of course, planning.

You'll have a view of the Mars surface from space and a hexagonal grid system to operate. Choose which spots will be terraformed in which ways in hopes of making a self-sustaining ecosystem that can support human life. 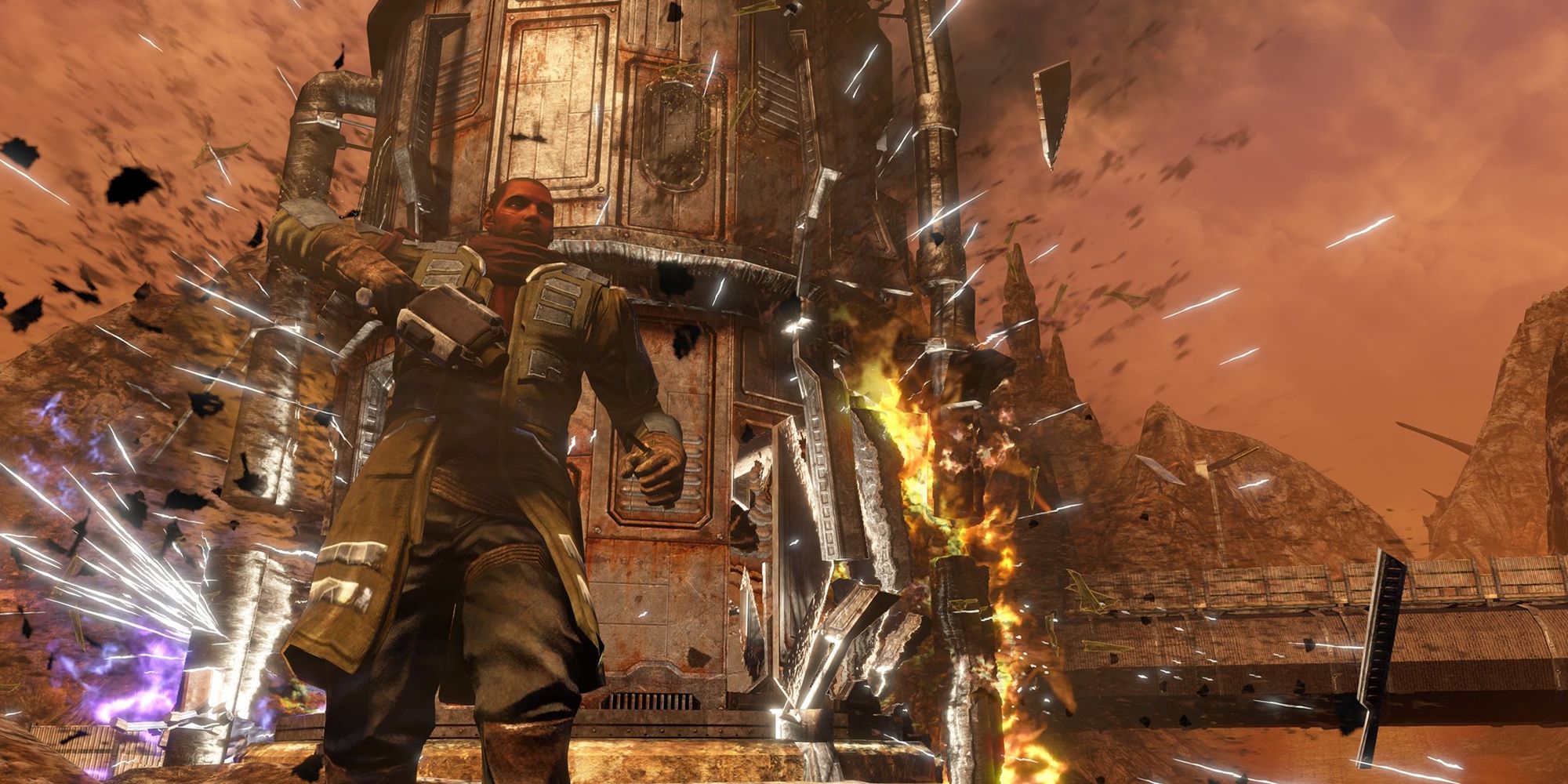 The Red Faction games haven't had the best reception, but most would say that Red Faction Guerilla has the most potential for fun. Humans have managed to establish themselves on Mars, but a conflict began to arise between the colonists and the Earth Defense Force.

As a resistance fighter, you'll be leading the colonists to fight for their freedom. However, the game has a GTA approach in that you're free to drive around causing chaos and getting into trouble. You also have a lot of destructible scenery to enjoy and wreck in spectacular fashion. 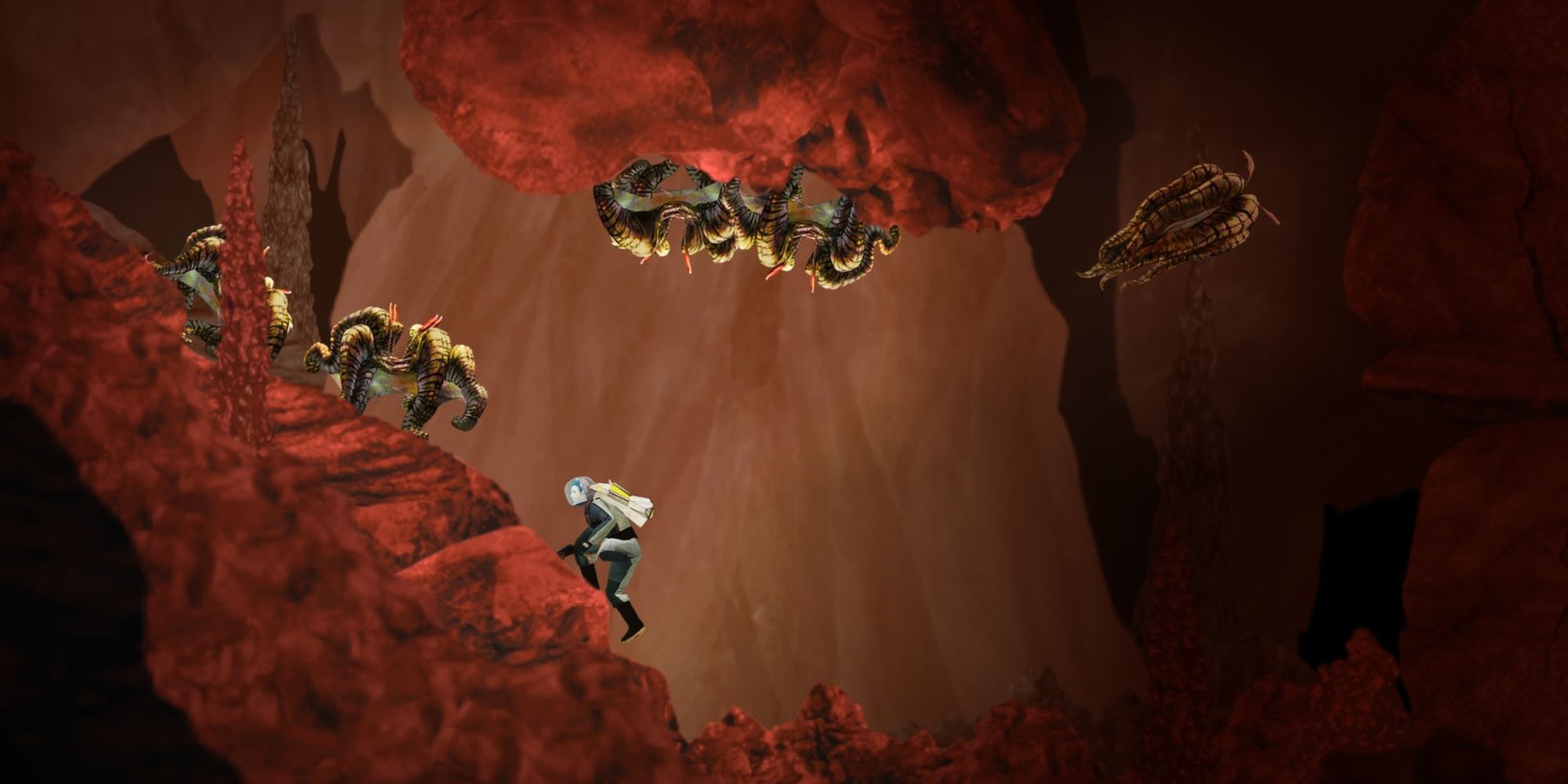 According to Waking Mars, there is life on the planet. In the near future, you're sent to the planet only to become trapped beneath the surface. With little to go on, you need to learn how to survive in a whole new environment that is host to lifeforms that you never would've expected.

There is beauty to be found in this nature, but also plenty of danger. Navigate the caverns and surface as well as you can to learn all about it. Based on your journey, it will be up to you to decide what to do with all the information you've gathered. 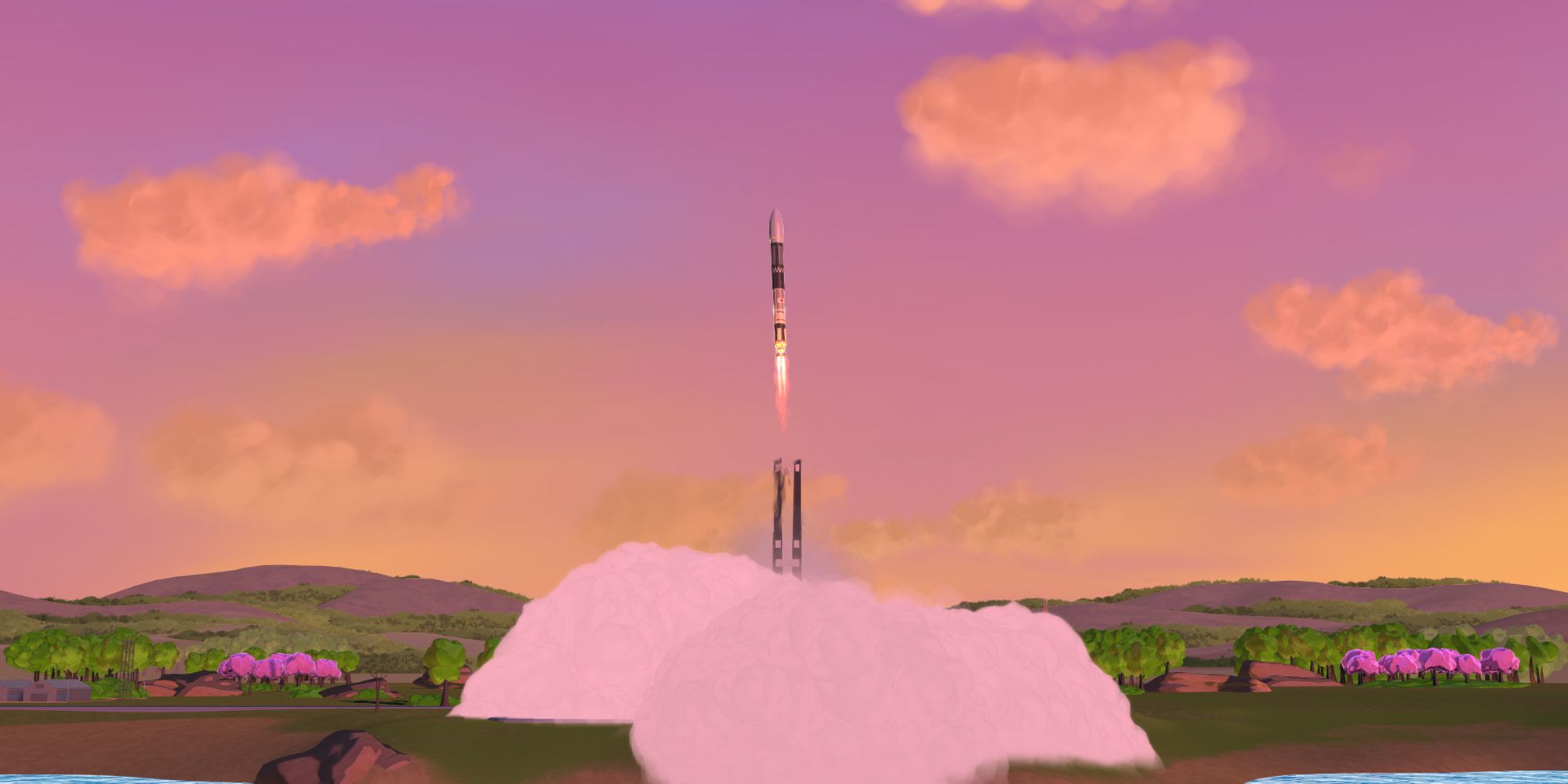 How to get to Mars is something that NASA is undoubtedly working on every day, and maybe you have your own ideas about it. That's what Mars Horizon is all about, with getting to the planet being the whole focus of the game. The planet actually feels within your reach, and you'll be given full access to everything you need in order to make a successful Mars mission happen.

This means lots of tests, practice, training, and building as you launch numerous rockets into space to see what works and what doesn't. Hopefully, you'll find just the right strategy needed to finally make it to Mars. 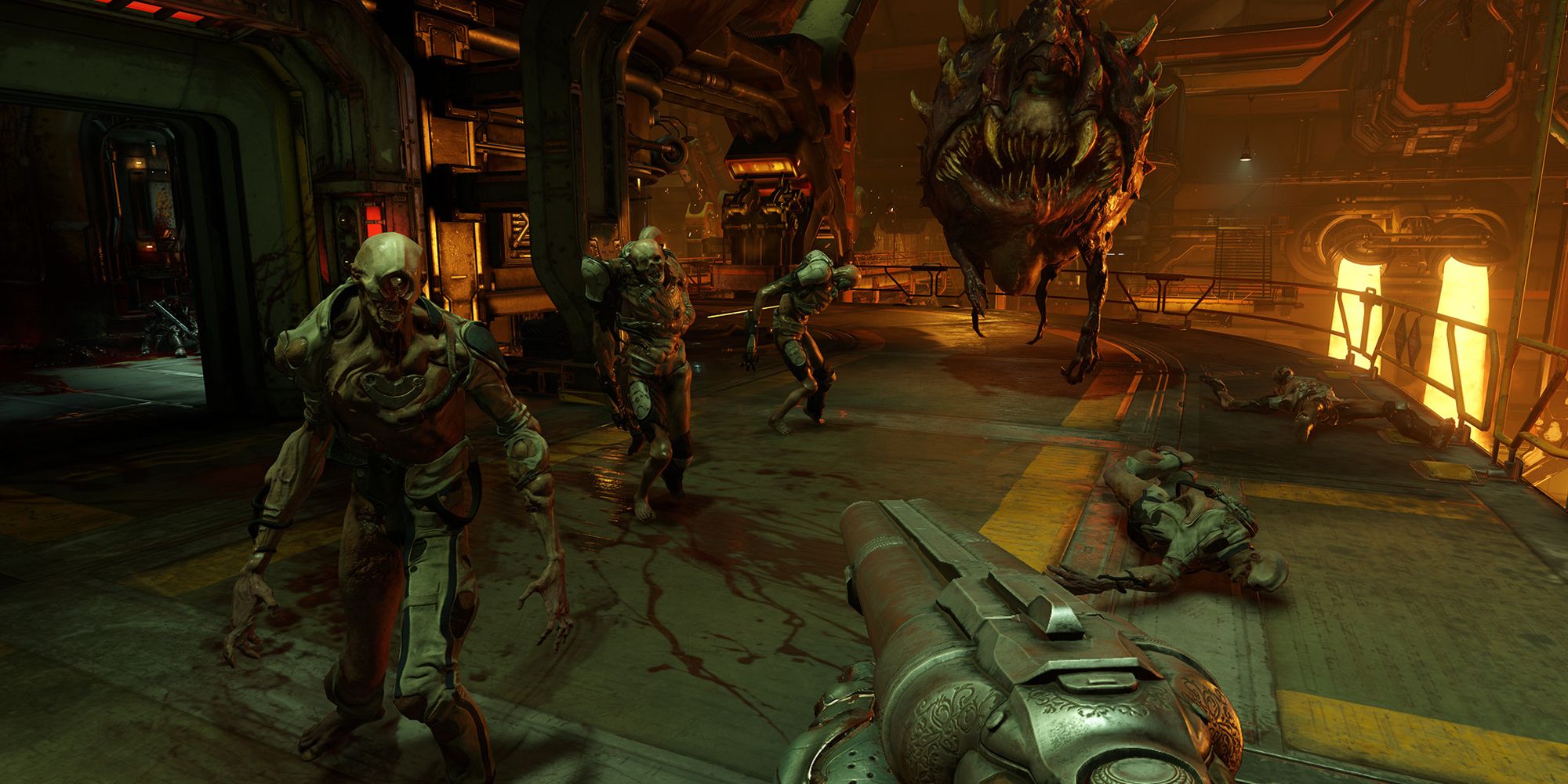 The phrase "Hell on earth" gains a whole new meaning thanks to the Doom series. These games are set in a future where humanity has managed to establish settlements on Mars. Unfortunately, I don't think anyone expected them to find a portal to Hell on its surface.

As a soldier who is lucky and tough enough to survive demons pouring out across the planet, you're tasked with kicking them right back into it and shooting whatever weapons you have at them. Enemies are many, fast, and vicious, and you'll need to be even more so in order to be victorious. 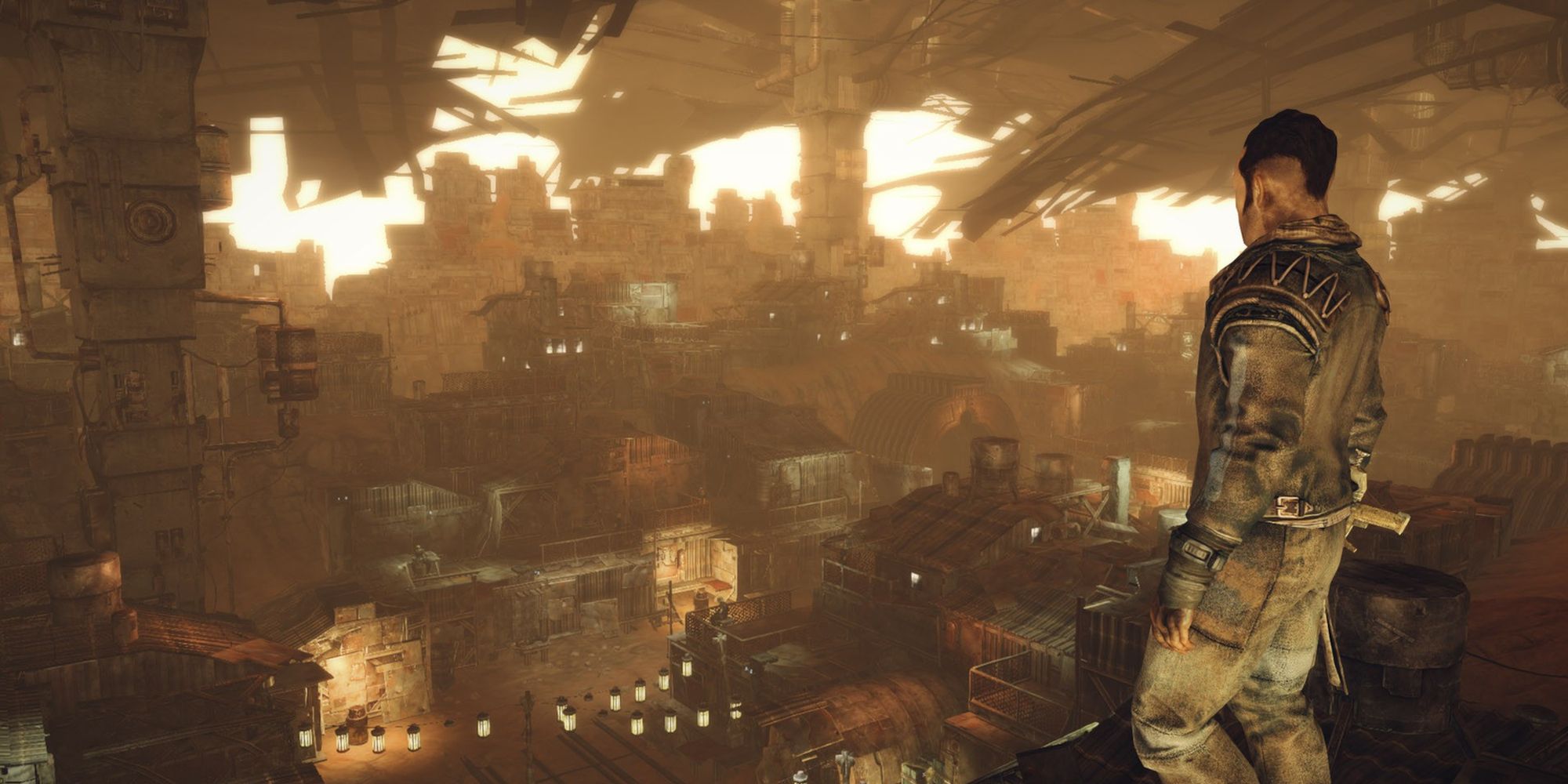 There's a lot of focus on the idea of making Mars a safe place, but other games would argue that it's not. Mars: War Logs presents a hostile version of the red planet with a cyberpunk theme set in the far future. Even though humans have managed to settle on Mars, water has become scarce with many threatening each other just for a few drops of it.

As the rogue Roy, you'll be surviving on your own as you become involved in the conflicts that could determine the future of the planet. Fight, use skills, and make important decisions to shape your story and decide the kind of Martian you want to be. 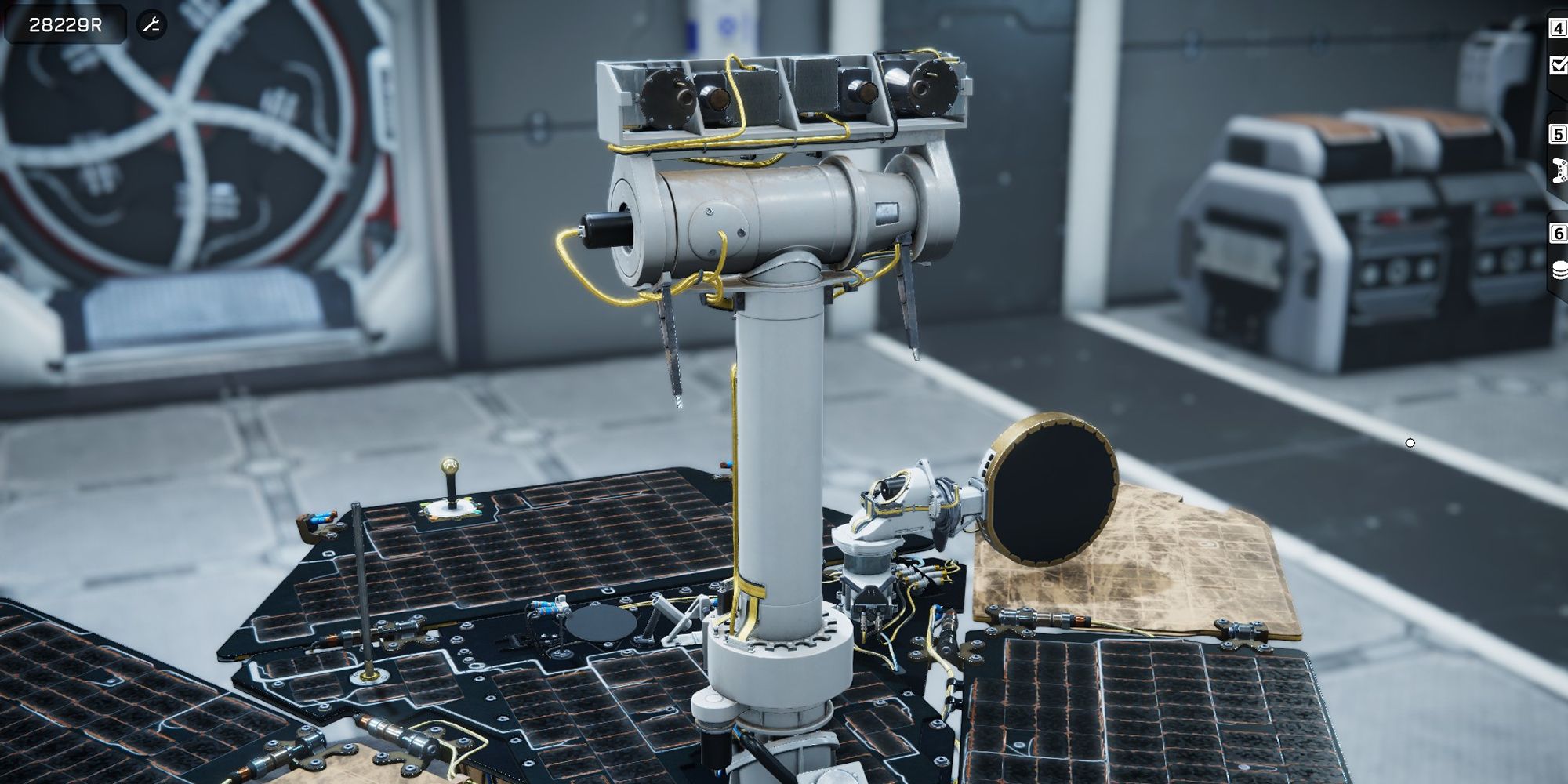 While humans have yet to set foot on Mars, it hasn't stopped them from sending probes and robots to investigate it for them. These little robots are celebrities of sorts, especially due to their cute designs. Their job is to crawl over the planet's surface examining everything that they can and scanning whatever they're able to pick up.

During their excursions, mechanical issues are bound to arise and someone needs to deal with them. That someone is you in Rover Mechanic Simulator which revolves around fixing, customizing, and building the rovers that will brave red planet and depend on you for support.