8 Most Powerful Spells In Video Games

Every video game that has a magic system will have a wide variety of spells. These spells can range from simple attacks to powerful, world-ending attacks. Which spells are the most powerful though? Here, we are going to take a look at some of the most powerful spells in video games.

These spells will consist of ones that you can cast yourself. At times, a villain in a game can possess the most powerful spell, but you won't be able to personally cast it. For example, although Sephiroth can cast the powerful Supernova spell, you won't be able to. We've left these unobtainable spells out of this list. 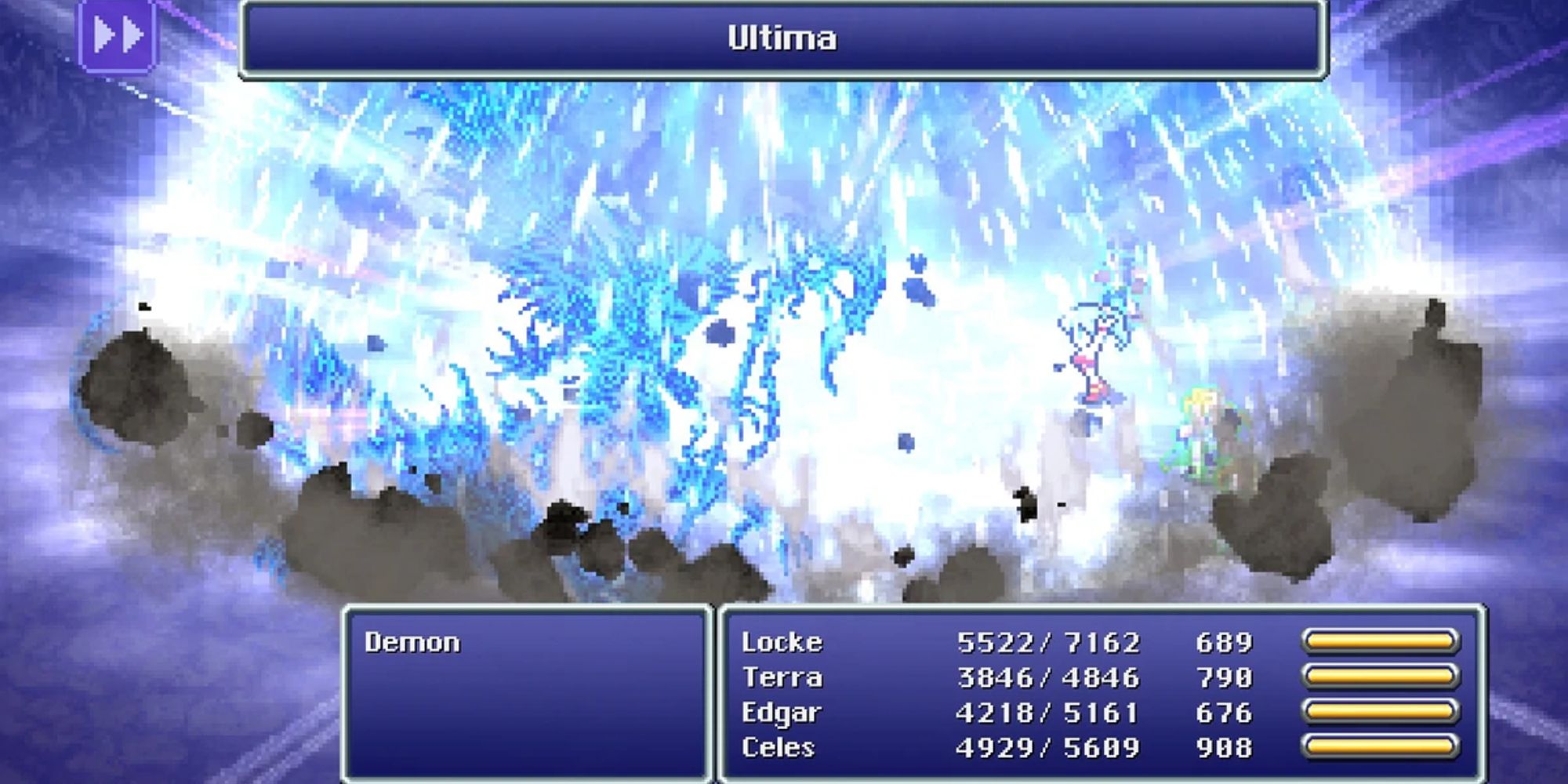 First, we have Ultima. This is a reoccurring spell that appears in the Final Fantasy series, with its first appearance in Final Fantasy 2.

This spell will hit all of your enemies while ignoring their defense and any other protection that they may have. The visuals for this spell are over the top as well, showing an explosion-like dome on the battlefield. In some Final Fantasy games, Ultima is not available to cast; instead, strong enemies will cast it at you. 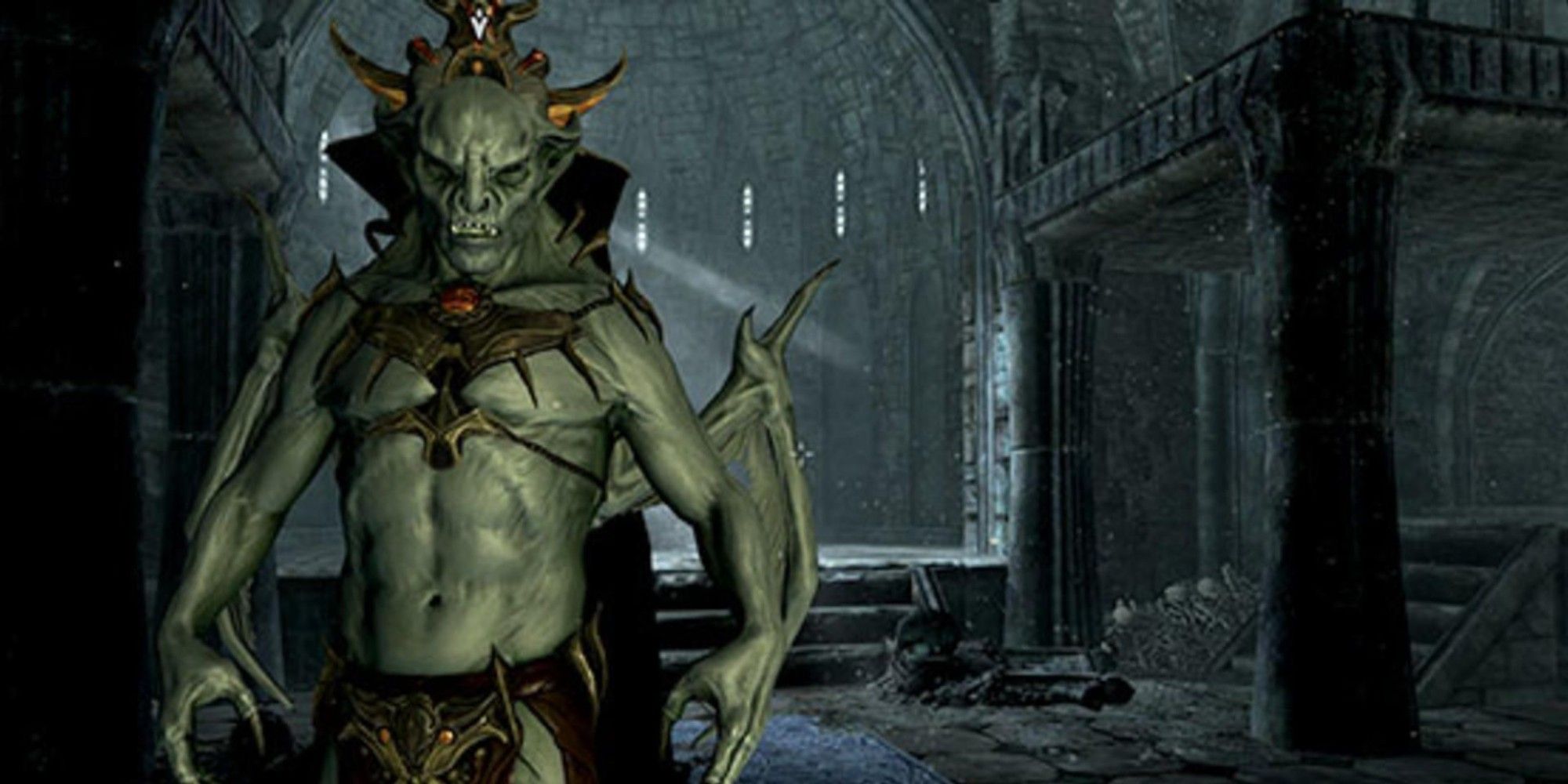 Through the Dawnguard DLC in Skyrim, you will get the chance to become acquainted with the Volkihar vampire clan. While completing quests, you can choose to become a vampire; if you do, Lord Harkon will give you the power to turn into a Vampire Lord. With this ability, you can now transform into the Vampire Lord while exploring Skyrim.

The Vampire Lord gives you access to new traits and combat modes. Additionally, you will be able to bite your enemies, which quickly kills them. While in Vampire Lord form, you become unstoppable. There is no limit to how long or how often you can transform into a Vampire Lord either. 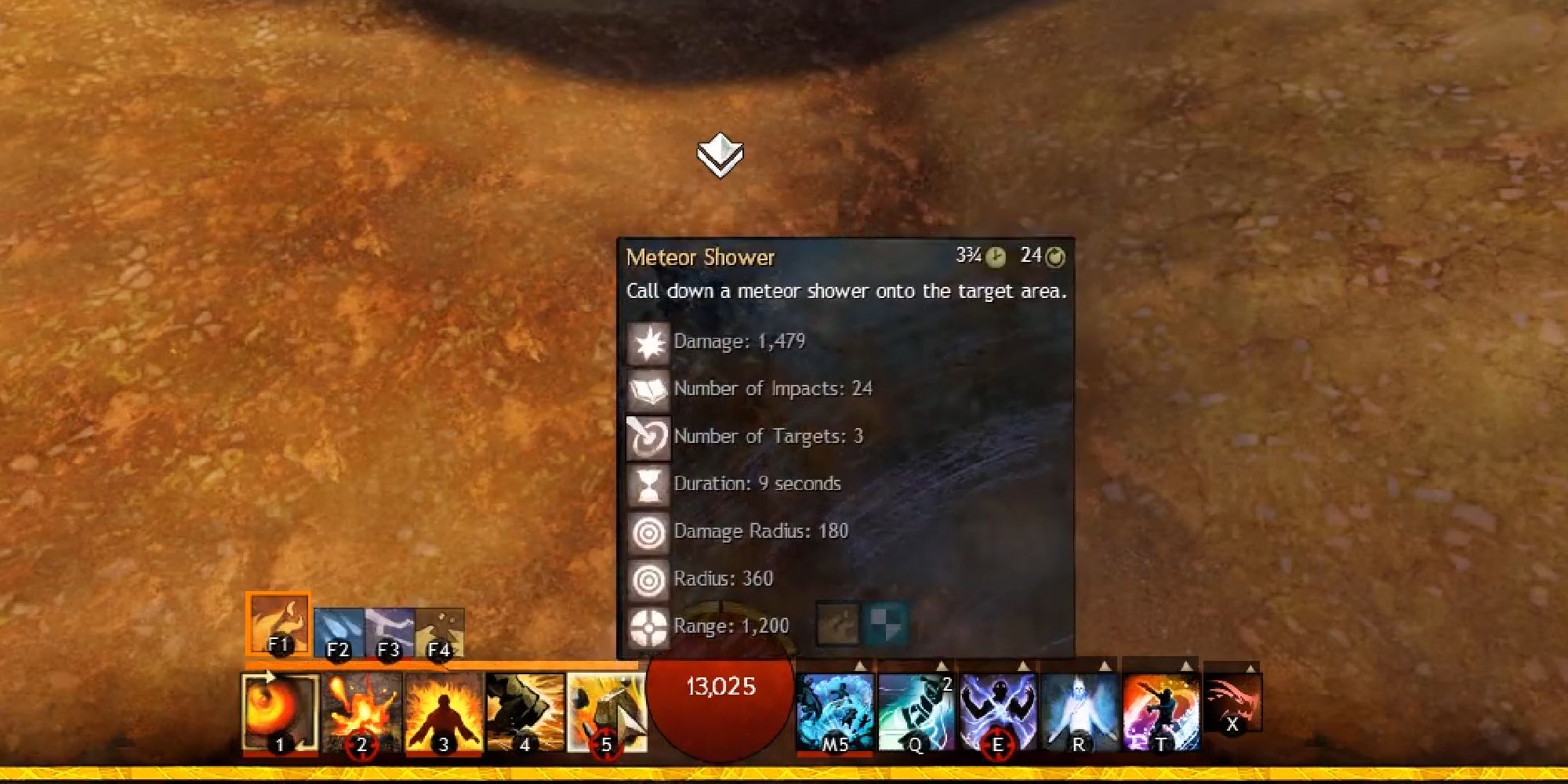 Guild Wars 2 is a long-running MMORPG, first released in 2012. There are several classes in the game that use magic, but Elementalist takes the cake for one of the most powerful spells. Meteor Shower is a staff-based skill that creates an AoE for meteors to rain down from the sky.

When you are first exploring Tyria as an Elementalist, Meteor Shower is one of the best spells that you can cast to take out groups of enemies. Although the spell has a long cast time, you will only need to cast it until the visuals of the meteor shower appear. Once it does, you can break the cast and the meteors will still continue to rain down. 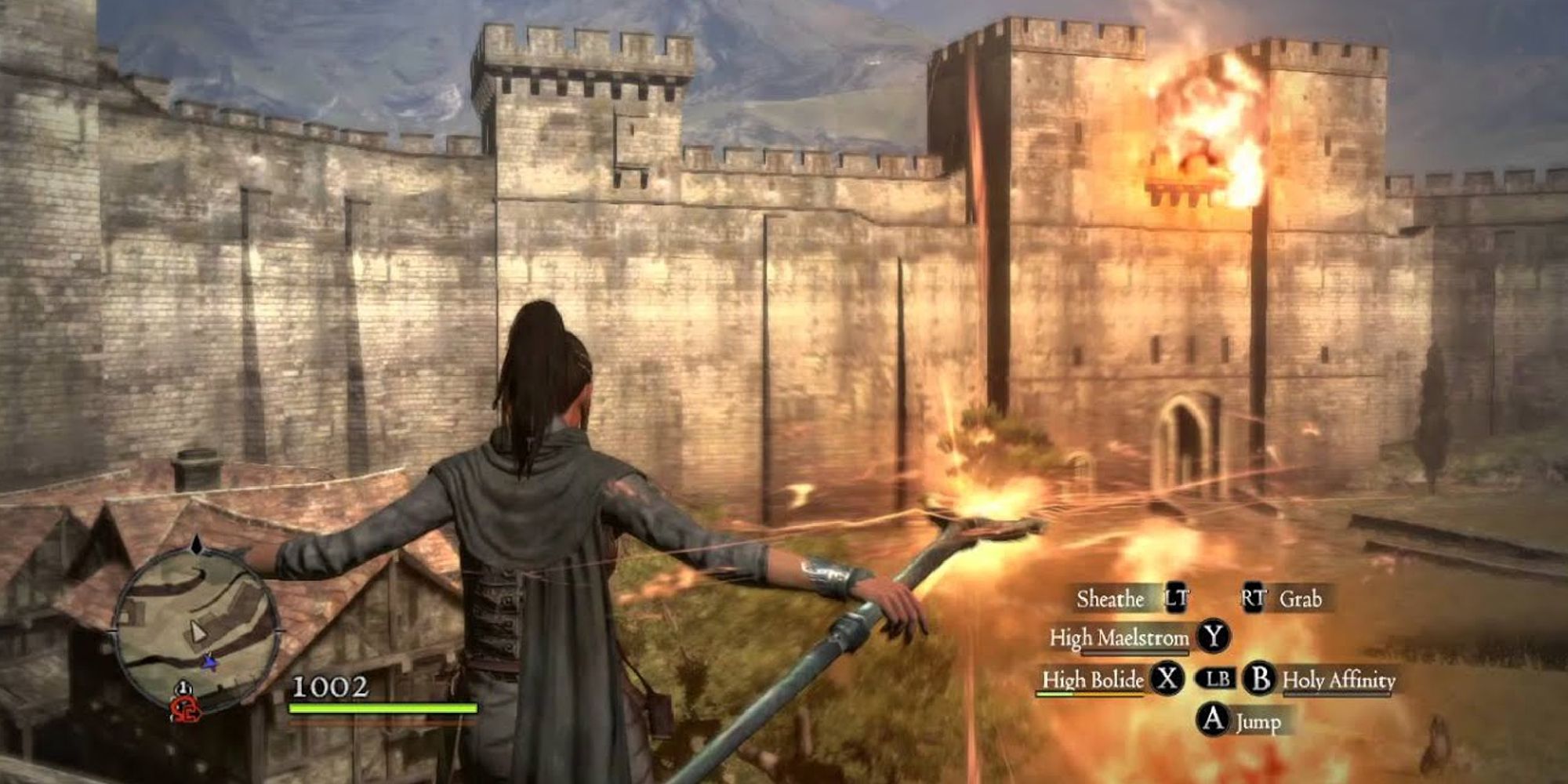 Bolide from Dragon's Dogma is another meteor-based spell, but fiery chunks of rock raining from the sky are bound to be incredibly strong. Bolide is a spell that summons meteors from the sky, dealing physical and fire damage.

There are three tiers of Bolide; normal, high, and Grand. With Grand Bolide, you can summon 15 meteors to rain down on your foes. The combination of fire and physical damage in a large AoE makes for an incredibly powerful spell. This spell has a two-meter radius, and can reach behind you to hit any enemies that are hidden from your sight. 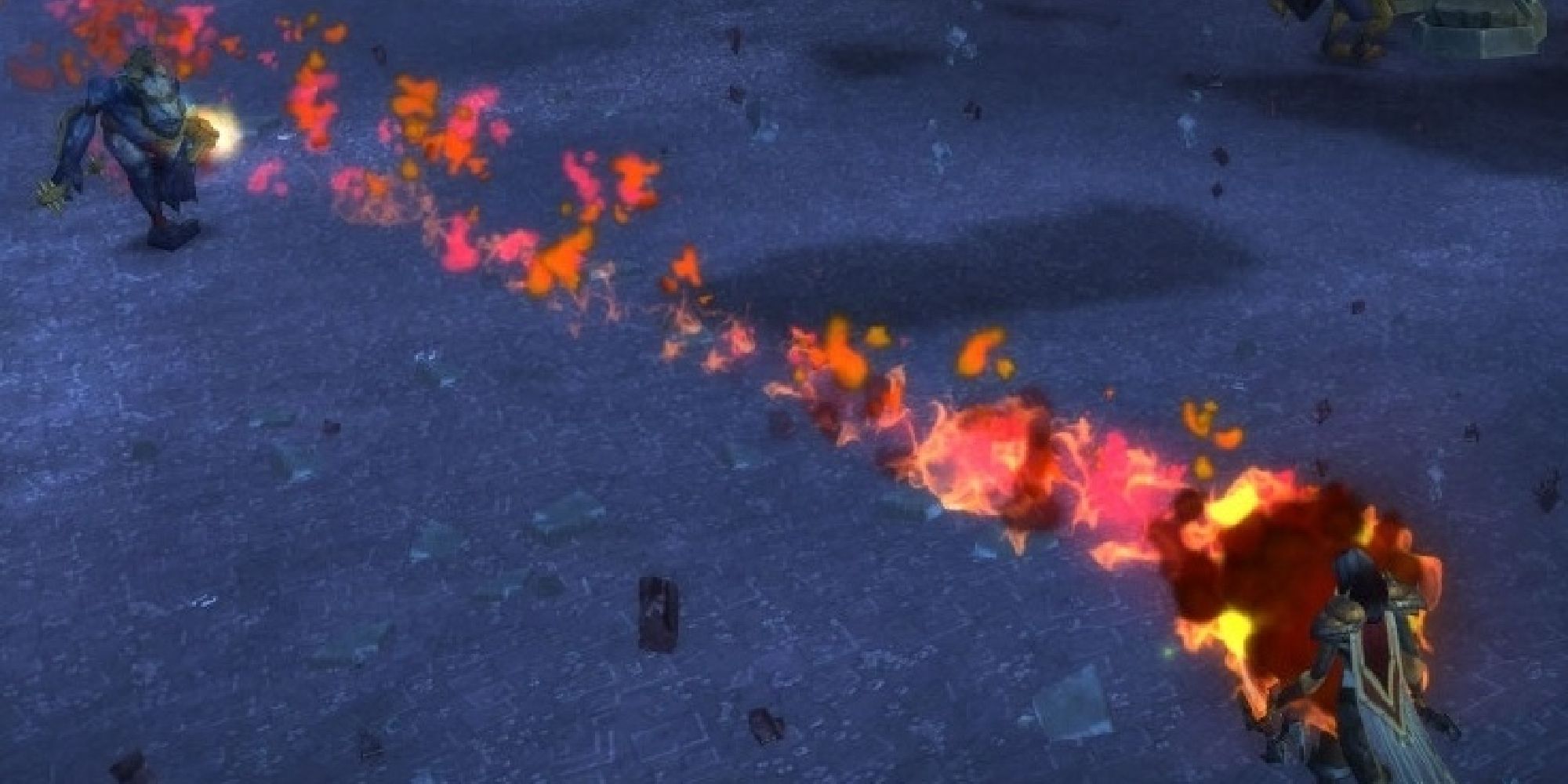 World of Warcraft is filled with countless classic spells and abilities. Lava Burst is one of these strong spells, castable if you are a Shaman. With it, you will summon molten lava to fly towards your enemy, which deals fire damage. If your enemy has Flame Shock, then this molten lava will deal even more damage.

In addition to dealing a lot of damage, this spell will always deal a critical strike. Overall, watching the molten lava fly toward your enemies is quite satisfying. 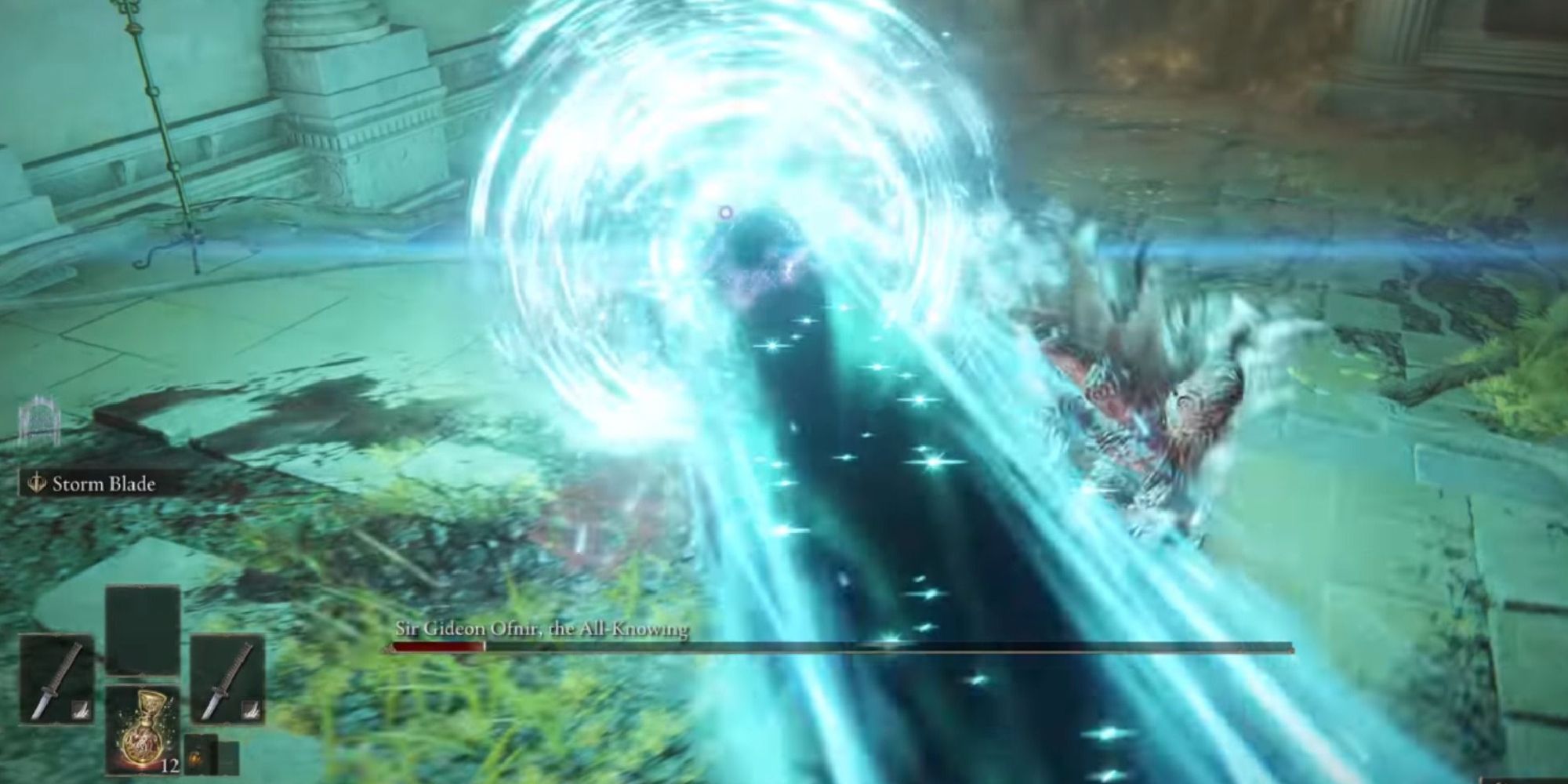 While playing Elden Ring, it’s possible to entirely ignore magic and face your foes in a more physical way. Many spells simply aren’t comparable to physical attacks, but Comet Azur stands out.

Comet Azur is the most powerful spell in the game, allowing you to summon a giant comet that deals a lot of damage to an enemy from a distance. In addition to this high damage, Comet Azur has some beautiful graphics, sending out a large beam of blue light towards your enemy. 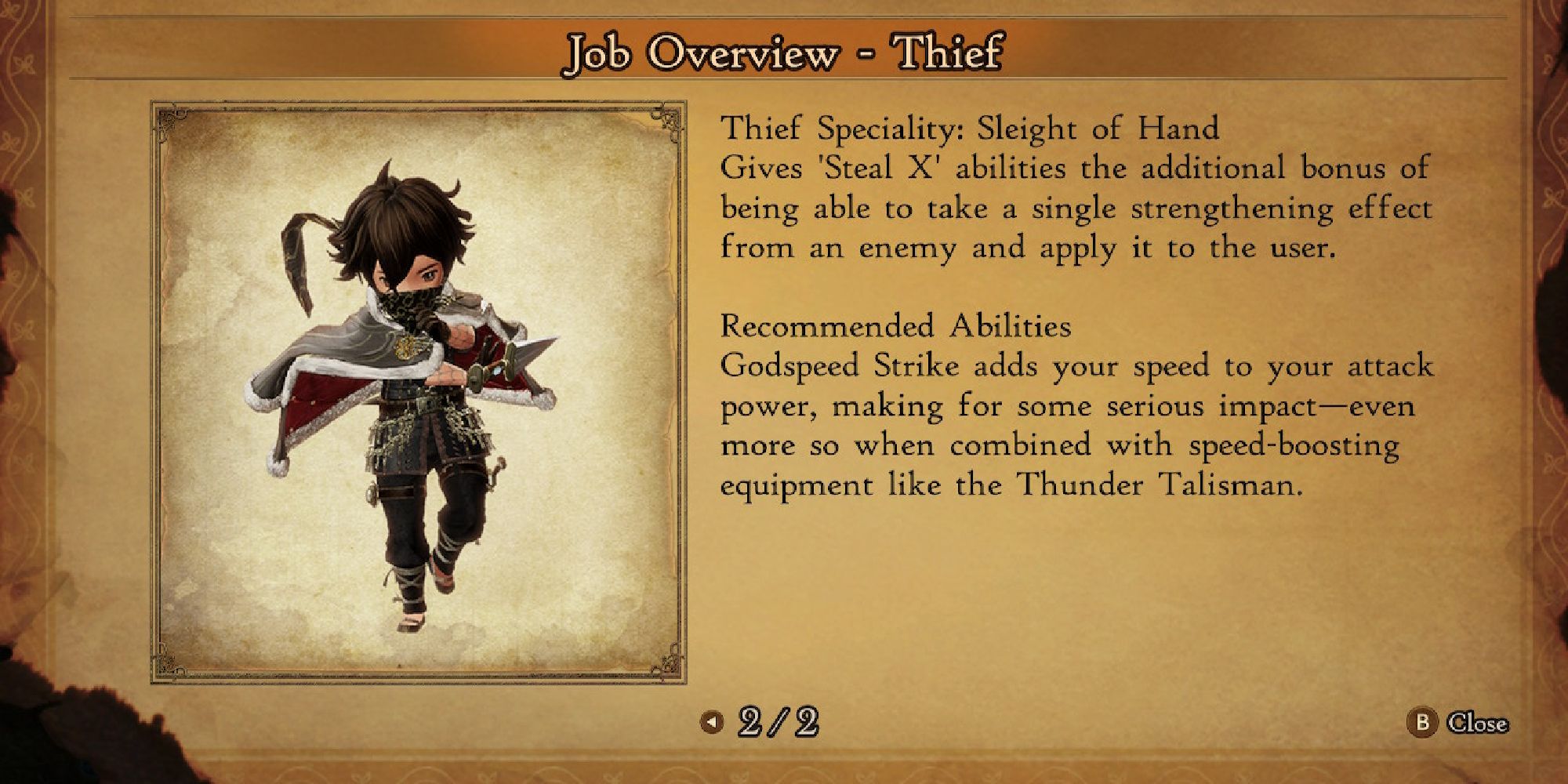 Next up, we have Godspeed Strike from Bravely Default 2. This is a Thief skill that deals physical damage to an enemy based on your speed. Additionally, Godspeed Strike will do damage over time. This may sound simple, but with high speed, you can deal an insane amount of damage.

The Thief class is already quite fast, so using Godspeed Strike is the best way to mow down your enemies. Many gamers online all agree, “when in doubt, use Godspeed Strike”. 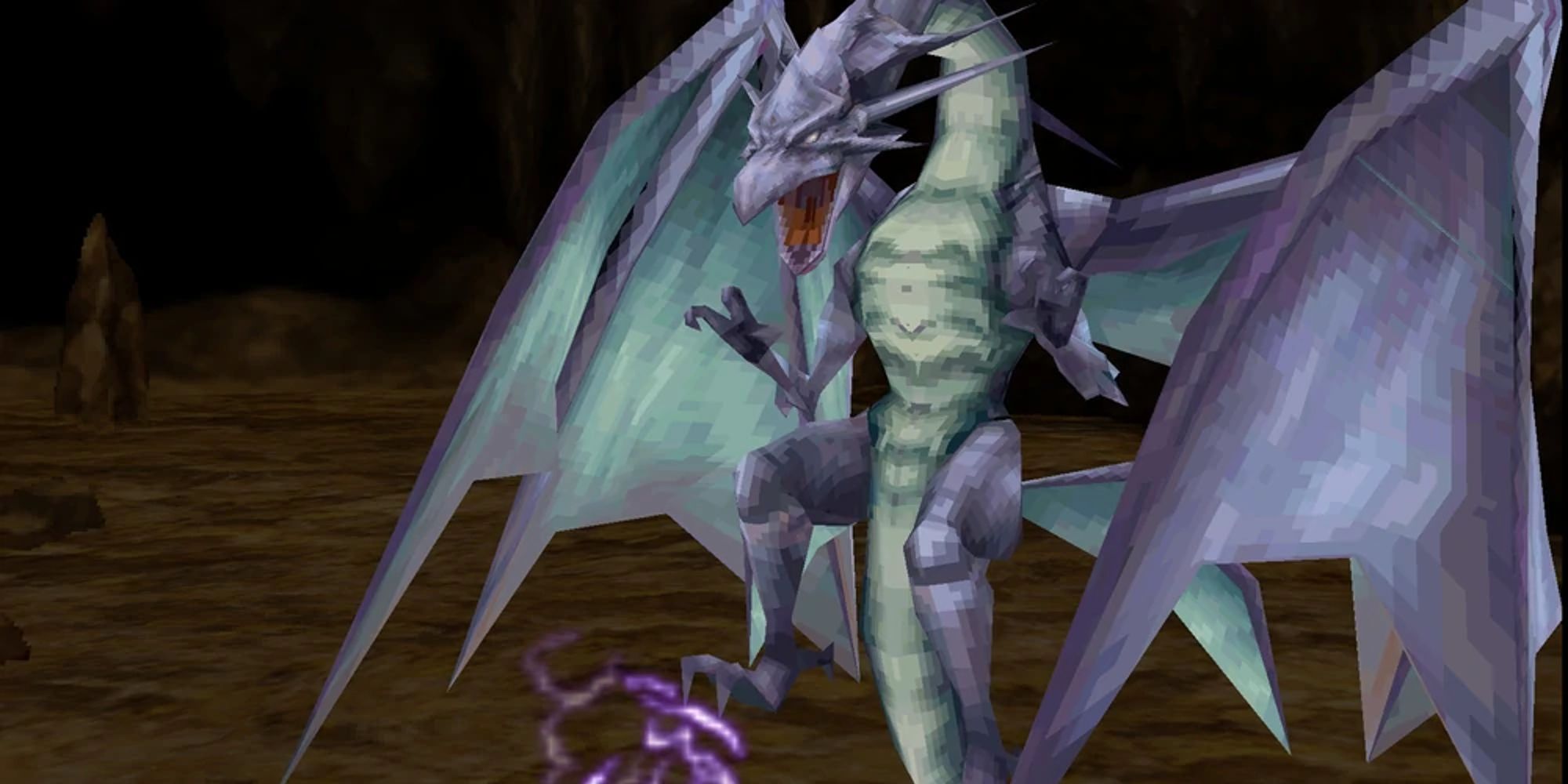 Lastly, we have another Final Fantasy spell. Throughout the Final Fantasy series, you can summon Bahamut. This is one of the most well-known summons in the game series. Oftentimes, Bahamut also appears as a powerful enemy that must be defeated.

Bahamut, who first appeared in Final Fantasy 3, can cast Megaflare. This is a very powerful spell that usually deals heavy non-elemental damage. Although this spell is tweaked between each game, there is no denying how strong it is.