After Grand Theft Auto 3's landmark success in 2001, it was unsure if Rockstar had another hit in them. Little did we know, the company was just starting its incredible upward trajectory. One year later, we saw the release of Grand Theft Auto: Vice City, which topped its predecessor in every way.

Even though the company is notoriously reclusive about its inner workings, there are stories floating around about Vice City's development that give us insight into what it was like to put this masterpiece together. While most of the facts below are about what happened during the game's creation, a couple of them have to do with the aftermath of the release and subsequent versions.

8
Burt Reynolds Almost Got Violent During The Recording Sessions 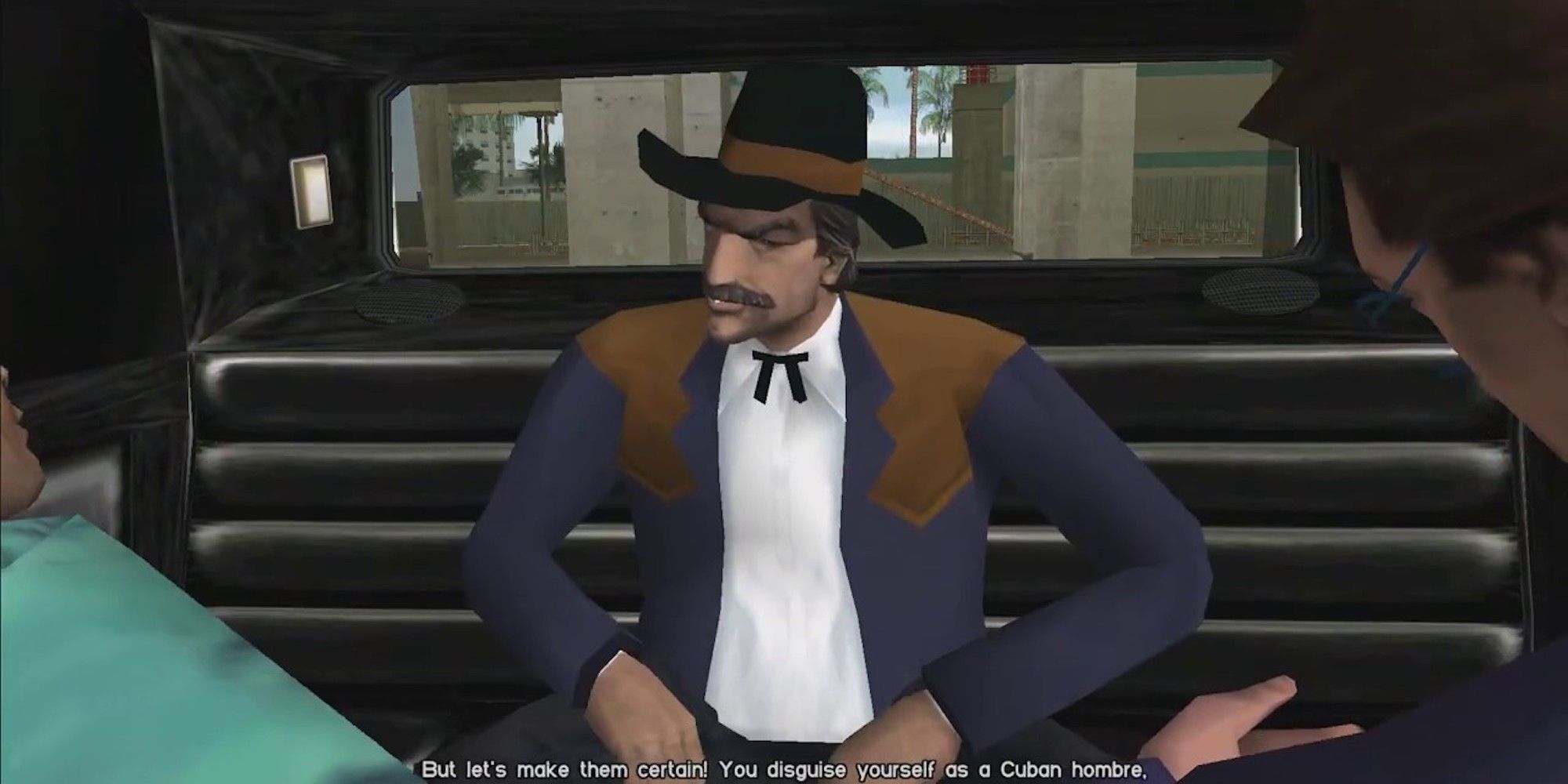 Vice City is filled with celebrity voice talent, not the least of whom is Burt Reynolds, who plays Avery Carrington, a wealthy businessman who gives Tommy Vercetti several missions early in the adventure. The experience of recording the game turned out to be a heated ordeal for the veteran actor.

When Dan Hauser was visiting the recording sessions, Burt Reynolds reportedly became upset at the game designer's presence, which led to the two of them almost coming to blows. The studio has veered away from using stars as performers for years, starting with Grand Theft Auto 4. 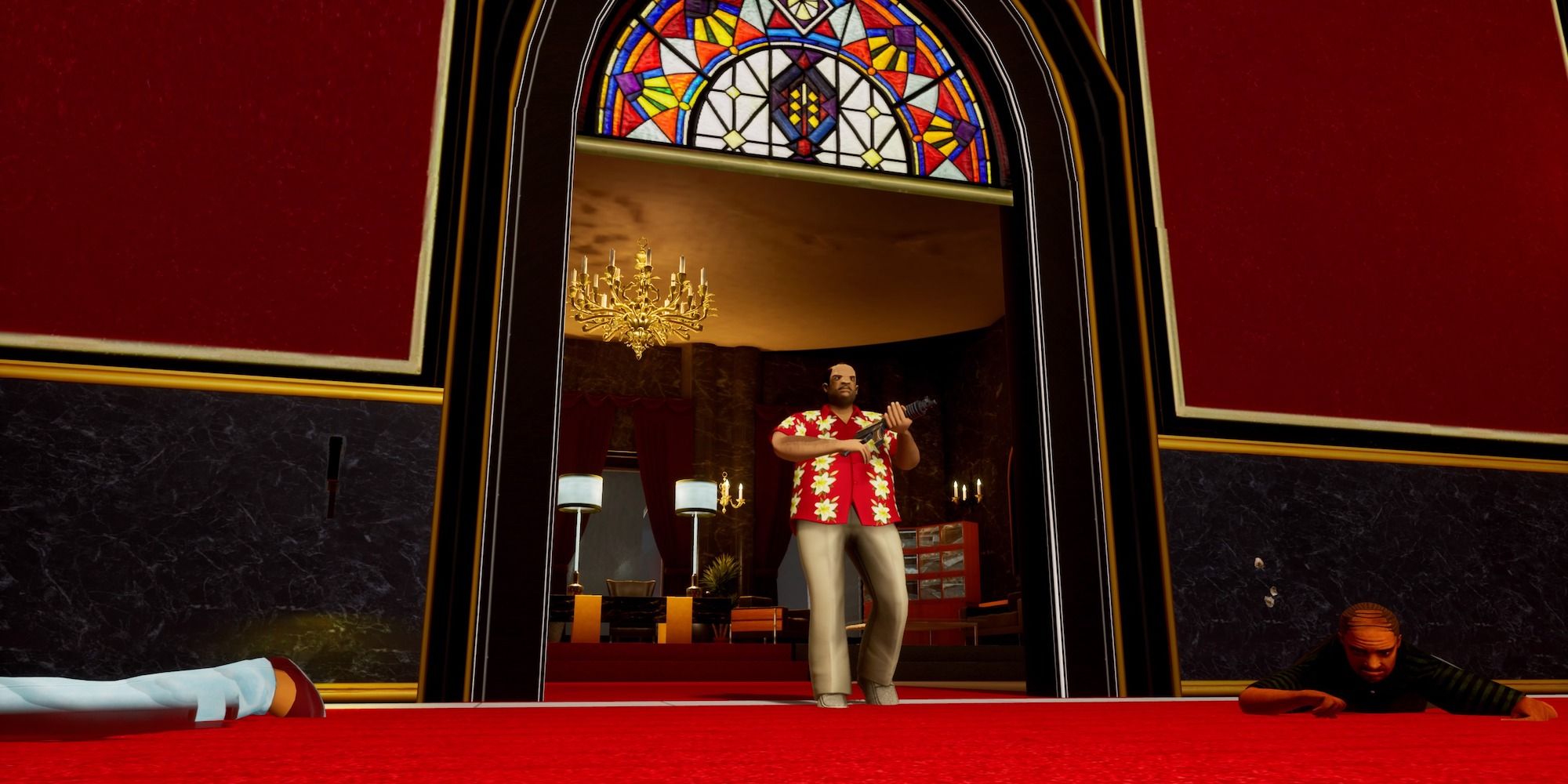 According to interviews about the project, Vice City was essentially created in only nine months. Preliminary stuff like models and planning was started just after GTA 3's release, but full production was not initiated until 2002.

Considering the game's scope and its many innovations, it is mind-blowing to think it was made in less than a year. Even for the time, making a game in that timeframe was considered a rush job. These days, the studio spends multiple years on a game across multiple studios throughout the world.

6
Miami Vice Was A Huge Influence On The Game 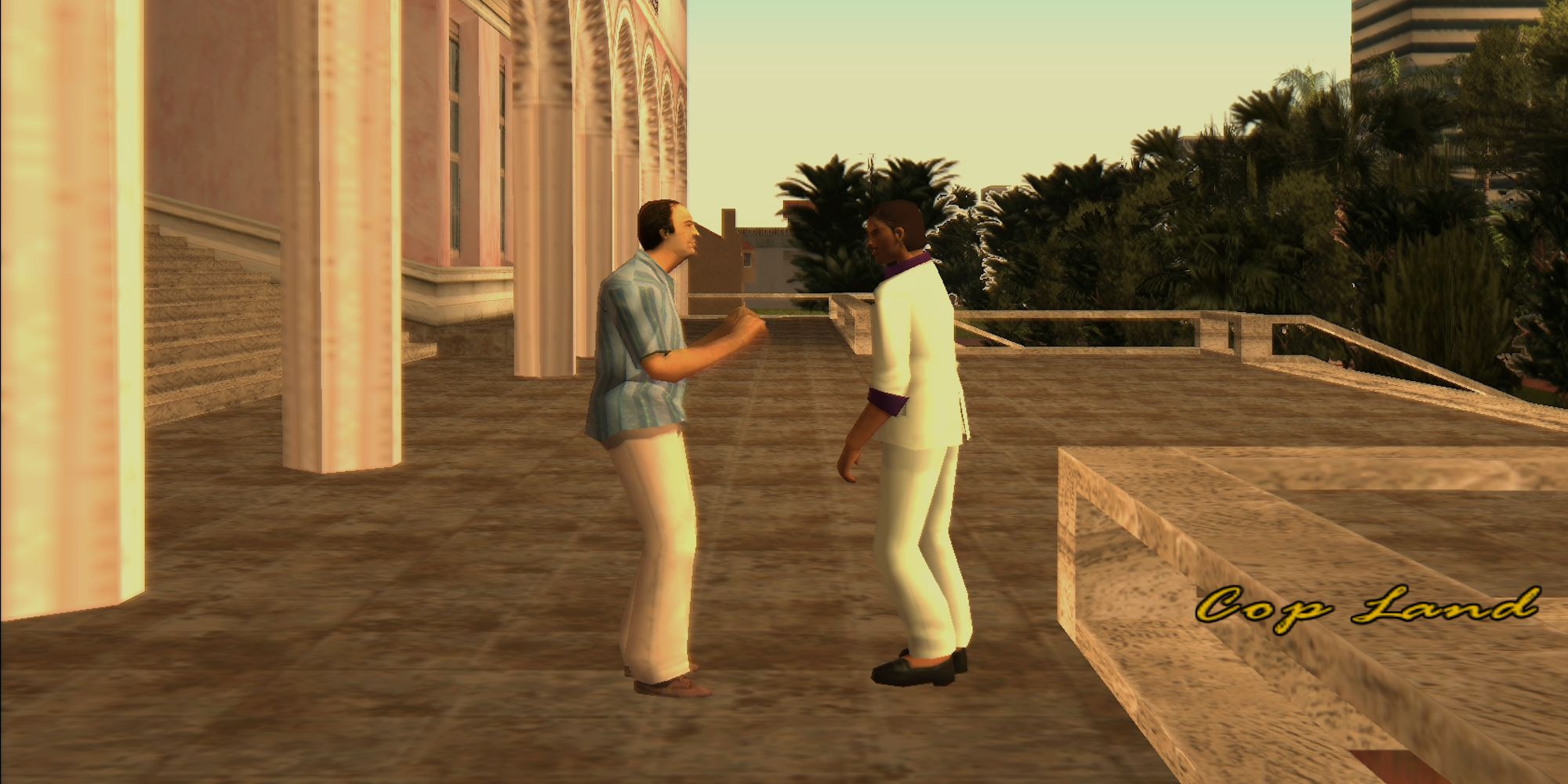 Rockstar Games always wears its influences on its sleeve, but even by this standard Vice City goes to another level. The team has stated Miami Vice as a direct influence on the game several times.

This is evident in every aspect of the game's aesthetic and in the choice of having Phillip Michael Thomas play Lance Vance. The PSP spin-off, Vice City Stories, goes even further with this by prominently featuring In the Air Tonight by Phil Collins, a song made iconic by the show. 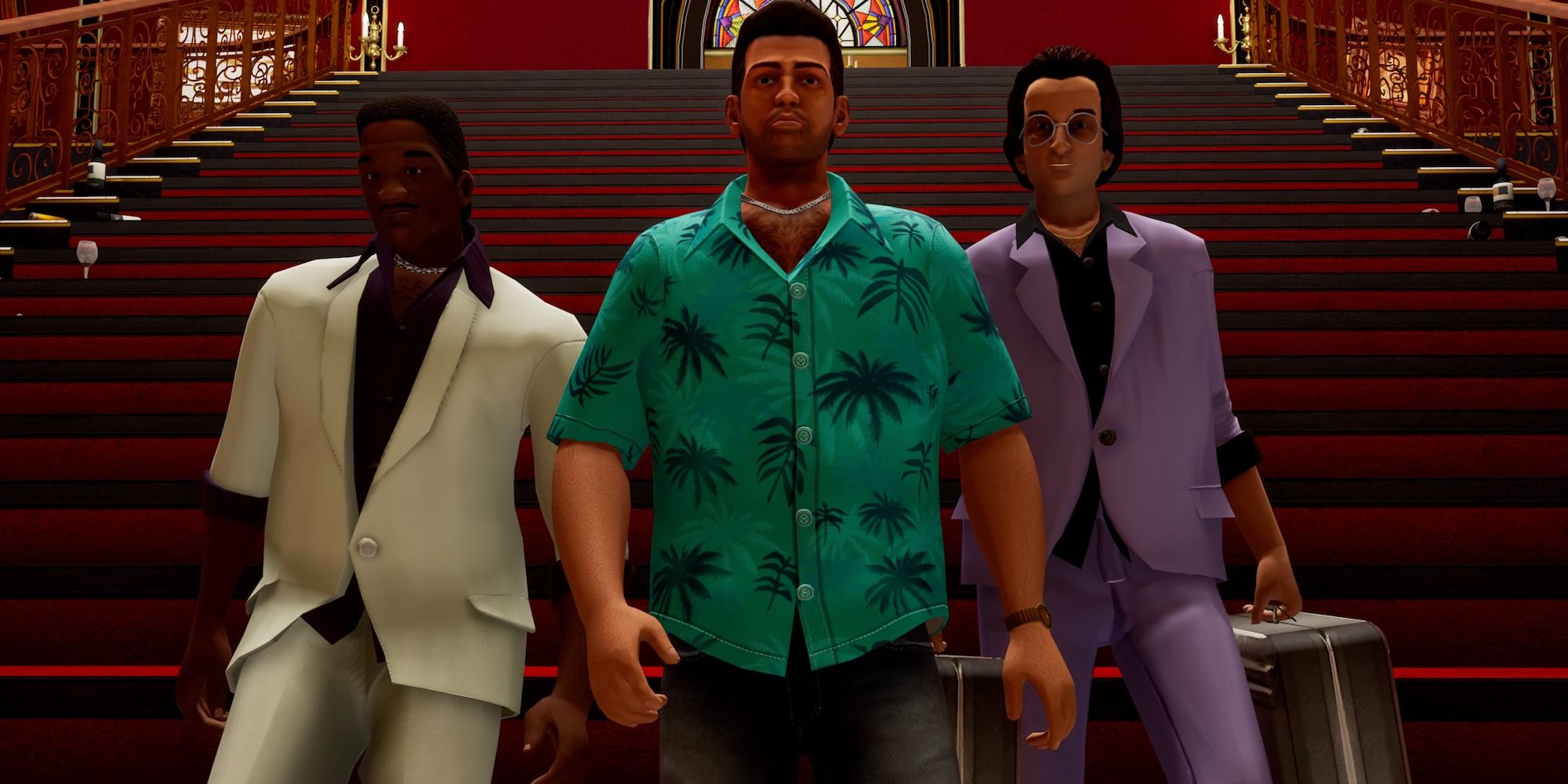 The seeds of Vice City's development came from porting GTA 3 to the PC. Rockstar was entertaining the idea of doing a mission pack for that game and also adding new features to Liberty City.

Ultimately, the ideas became too big for an expansion and so the next project became a sequel. Throughout gaming history, plenty of titles started life as either an expansion or DLC before becoming a sequel.

4
Bluescreen Was Used During Development 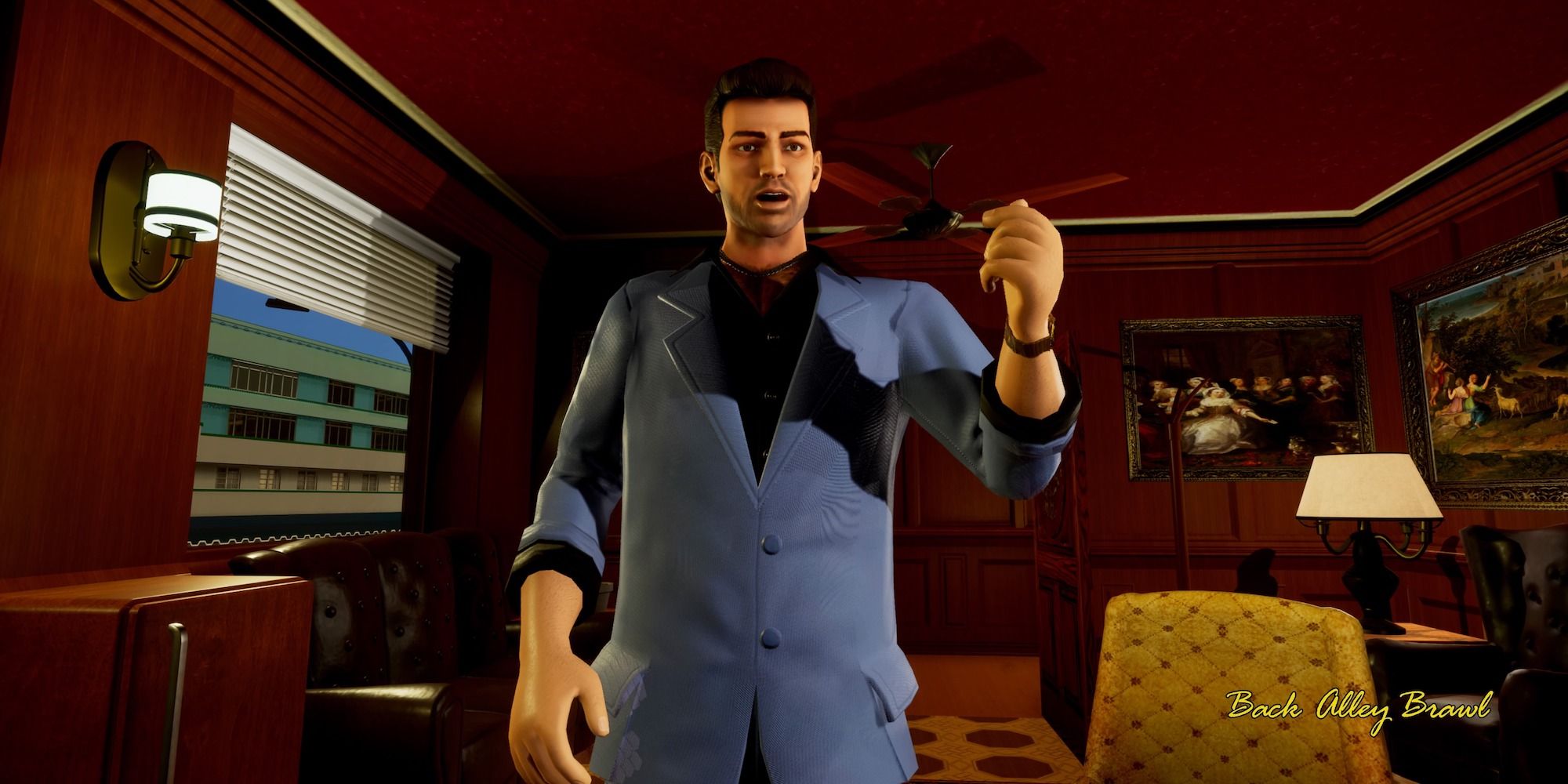 When talking about his involvement in the game, Ray Liotta says the team utilized blue screen to help him get into the world and character.

The team showed him footage of actors performing the scene against a bluescreen backdrop. It is certainly a creative way to help an actor with a role. Ray Liotta looks upon the work he put in positively, but Tommy Vercetti does not show up in any other video game. 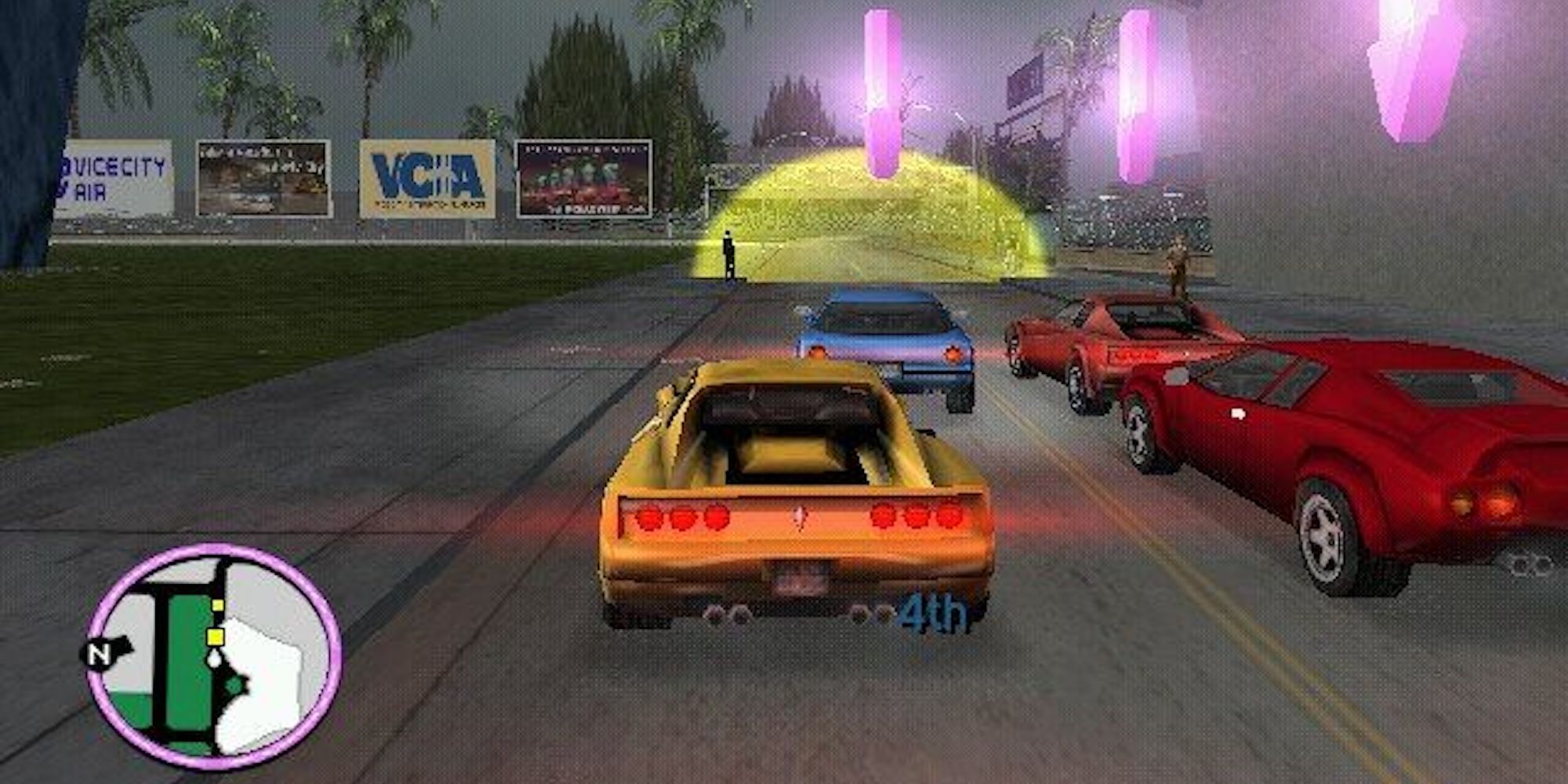 The three Grand Theft Auto games of the generation are largely synonymous with the PlayStation 2. Just a couple of years after its initial release, however, Vice City was ported to the Xbox.

This version remains unique for a couple of reasons. It contains enhanced graphics and a higher resolution. Additionally, you could play songs saved to the Xbox Harddrive through the car radio. This feature is not even included in the recently released definitive edition

2
Certain Songs Were Taken Out Of Re-Releases 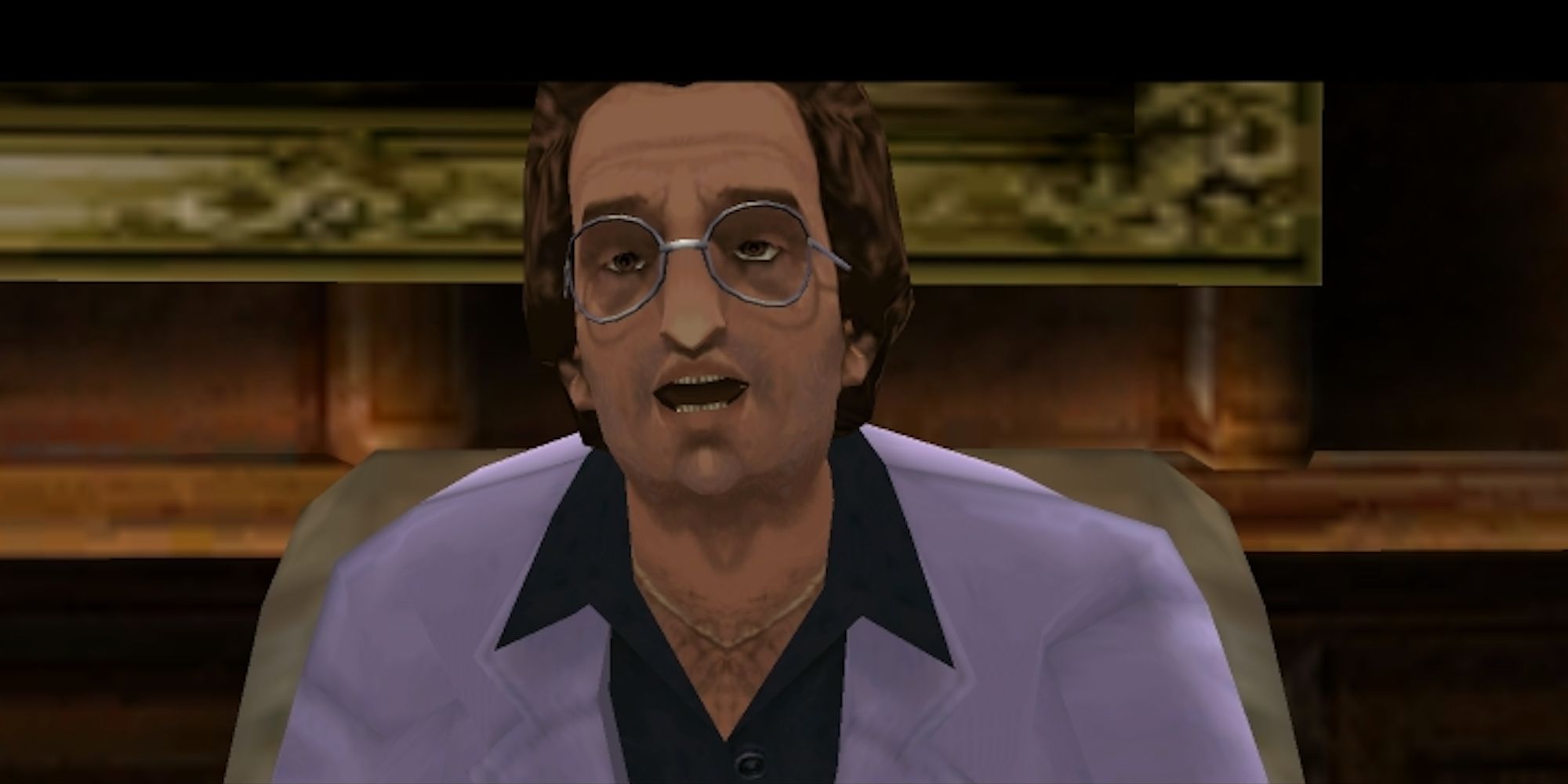 The entire PS2 trilogy of games was released for modern consoles and dubbed the definitive edition. This release has been wrought with scandal surrounding its quality. A major complaint has been the number of songs taken out of the radio station playlists, something which heavily affects Vice City.

What few realize, however, is that most of these songs were taken out of all subsequent re-releases for Steam and mobile platforms. If you want to speed down the Vice City streets blasting Kate Bush's Wow, you'll have to buy a PS2 copy. 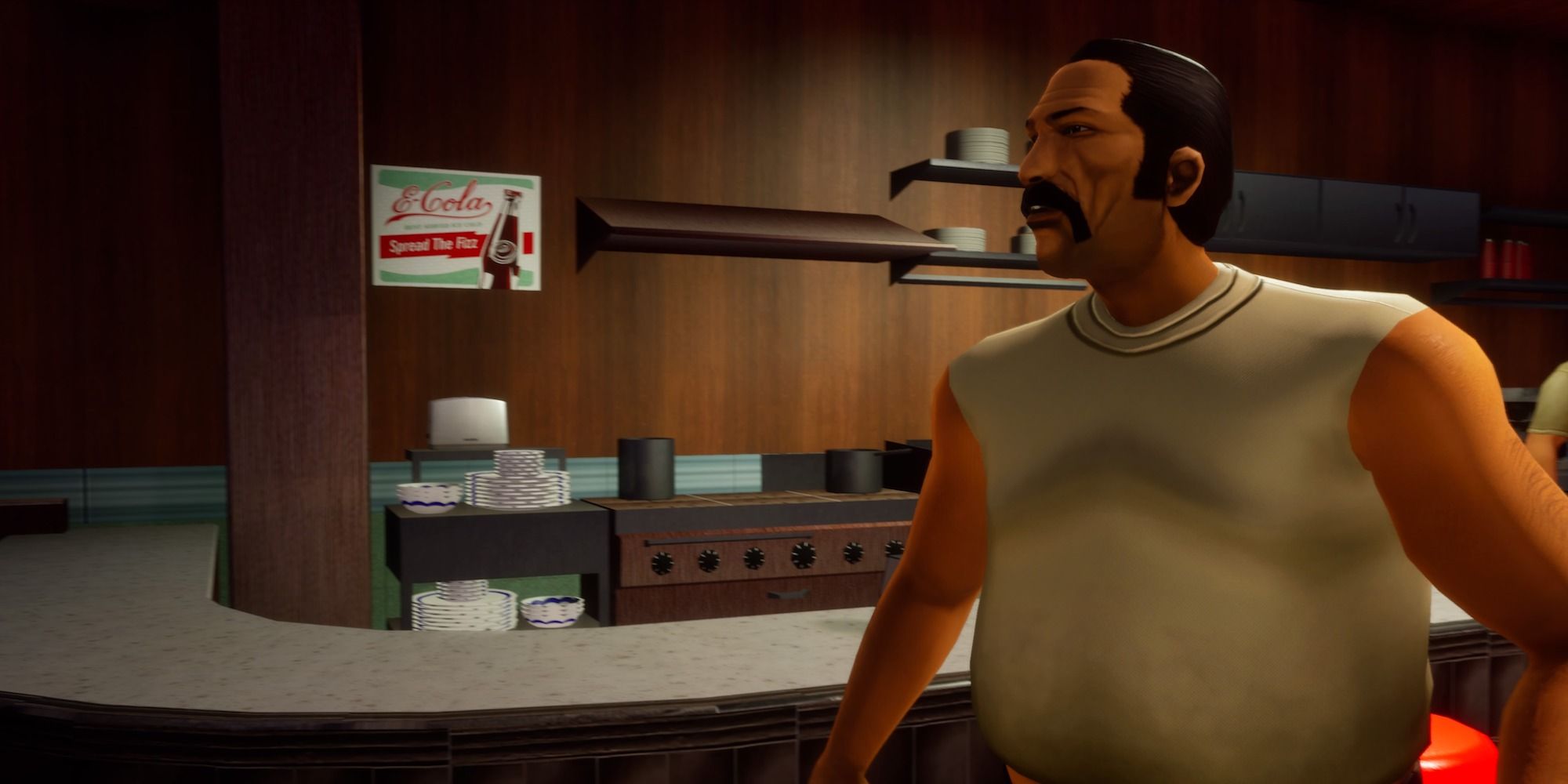 After the game's release, certain lines of dialogue were particularly upsetting to the Haitian community and sparked a series of protests. A subplot involves an intense rivalry between a Cuban and Haitian gang. During some missions, lines of text refer to each side by their ethnicity. In response, future prints of the game removed numerous lines of text that directly call out the gangs' nationalities.

The missions all remain intact, only references to Haitians and Cubans in the dialogue are pulled out and edited. These edits remain in all subsequent re-releases.