Board games are bigger than ever before. Literally. The damn things take up entirely too much room on the table, so the team at Spidermind Games came up with a unique solution. They designed another, smaller table to sit on top of whatever table that you already own. It’s called the Level Up, and it’s earned more than $1 million on Kickstarter. The campaign ends Thursday.

Dearly departed Geek Chic, which went under about three years ago, helped to popularize the modern-day fad of luxury gaming tables. Its designs relied primarily on a sunken play surface, with board games that sat below the rim of the table. It’s the perfect solution if you need to have dinner later in the evening — of if you just want to hide your board gaming addiction from the neighbors. All you need to do is plop some leaves on top to cover up the sprawling bits below and you’re good to go. It’s been copied by dozens of manufacturers since. 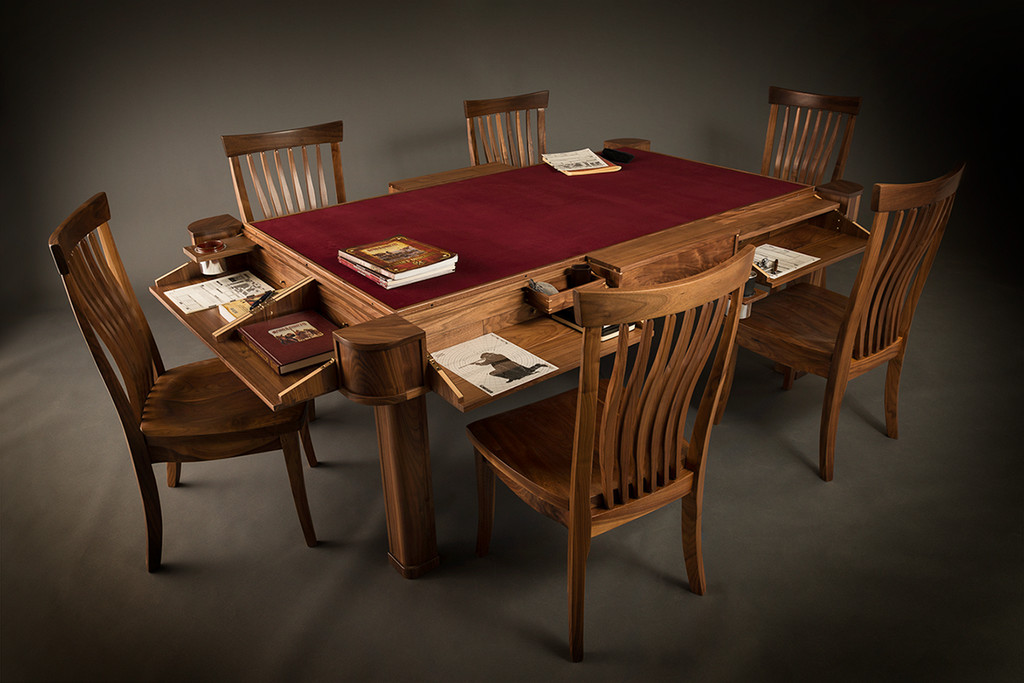 A high-end Geek Chic table with deluxe leaves on top of the sunken play surface. Note the accoutrements bolted to the edges.
Photo: Geek Chic

But people like to have a drink while they play a board game. They like to have snacks. Putting your drinks and your snacks into the pit with the board game itself is a recipe for disaster. One false move and you’ve ruined the nice felt surface that you paid a premium for, and the board game itself. So the luxury board game space adopted all manner of kludgy cup holders and bolt-on shelves. The end result is table systems with nearly as many bits to keep tack of as the board games themselves.

Seriously. I recently attended a board gaming event at a venue with multiple luxury board gaming tables. In the corner was a shelf with a stack of more than a dozen cup holders. Each one was color-coded to the table that they matched up to. When people left them attached after a game I kept bumping into them as I walked by. It was a nightmare. 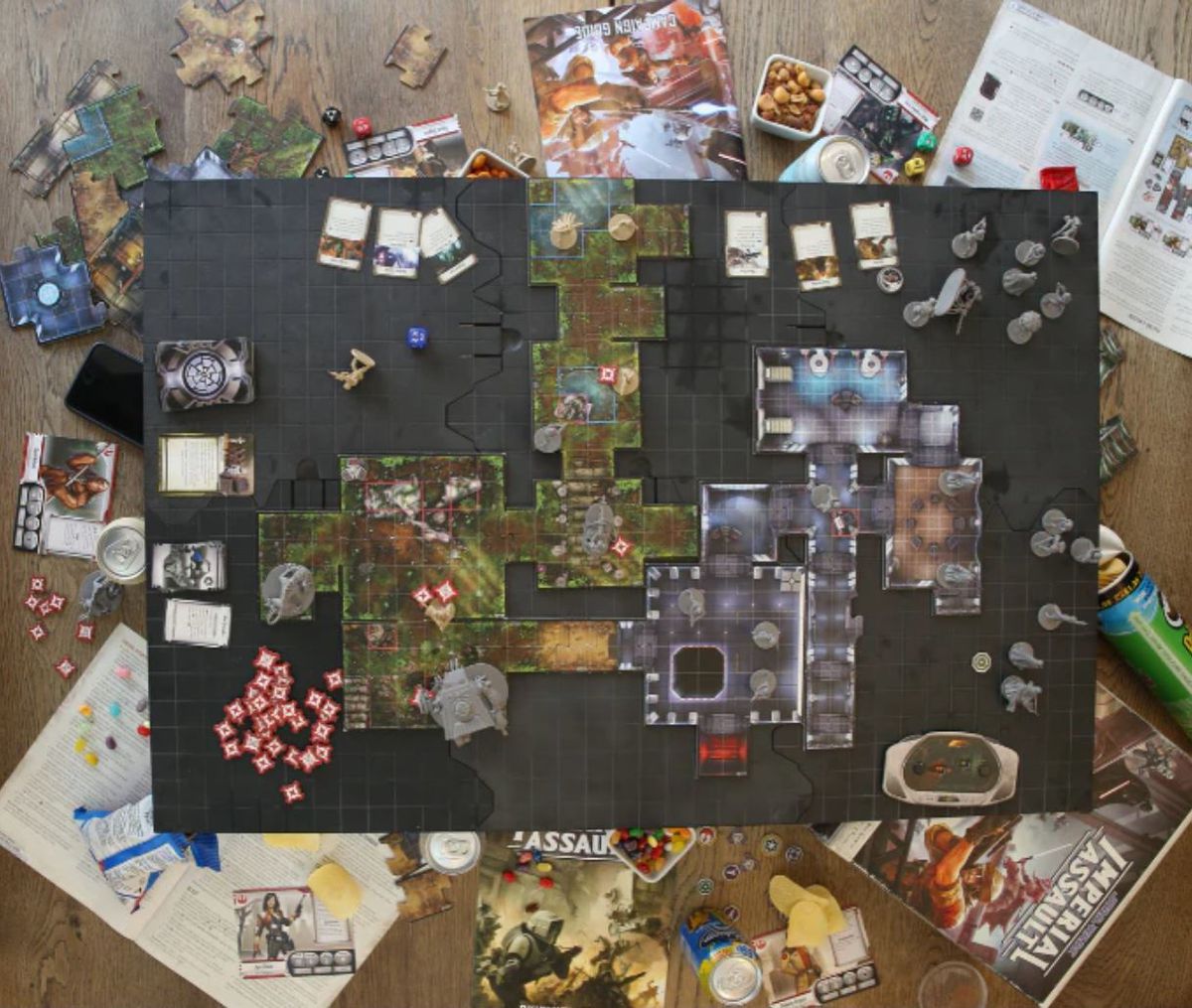 A subtle 1 inch grid helps you center things and keep things square for the type-A players at your table. it also works well for tactical miniatures games and RPGs.
Photo: Spidermind Games

Enter the Level Up. It’s a plastic tray with metal legs that sits on top of your table, providing plenty of room below for snacks, beverages, books, and bits. I’m honestly angry that I didn’t think of the idea myself. Here in Chicagoland it’s called a pizza tray, and they’re made sturdy enough to hold even the beefiest of deep dish pies.

Spidermind Games is best known for the Elite: Dangerous Role-Playing Game, a pen-and-paper game based on the spacefaring game by Frontier Developments. Its Level Up campaign runs through 11:58 a.m. ET on Feb. 27. You can get a 2 foot by 3 foot Level Up for around $62, or build out even larger ones to suit your needs. Delivery is promised by September.