We recently had a chance to visit Airship Syndicate in Austin to play its upcoming game, Darksiders Genesis, spend some time with the team, and tour its new studio. Genesis will be the studio’s second game after Battle Chasers: Nightwar and since founding the studio to develop that game, it has already upgraded its facilities multiple times.

The entrance to the studio features a huge Battle Chasers murals and a detailed statue of Death with light-up eyes.

Most of the meeting rooms have fun(?) names like “Harm’s Way”.

The assorted art in the studio is split between Battle Chasers and Darksiders.

This is the break room/kitchen. Dogan, the innkeeper and vendor from Battle Chasers: Nightwar is on the wall, but there is also a wall filled with collected art and posters from the staff.

The actual development floor features people working on computers, if you can imagine that, but you will also find a cool backlit metal version of the studios’ logo gifted to the team by a Kickstarter backer. There is also a big garage door that can be opened in the back. It happened to be raining the day I visited.

While visiting, we got Darksiders artist and Airship Syndicate co-founder Joe Madureira to sign our Darksiders 2 copy of the issue. He also drew a picture of Death on it. We’ll be auctioning off for charity during our annual Extra Life charity live stream later this year.

For more on Darksiders Genesis, head here, and look for a larger feature about the game in an upcoming issue of Game Informer magazine. 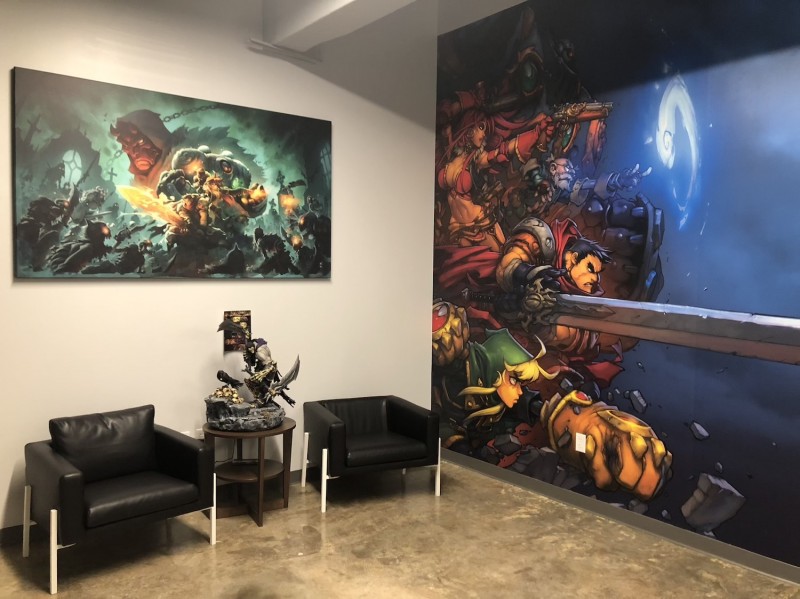 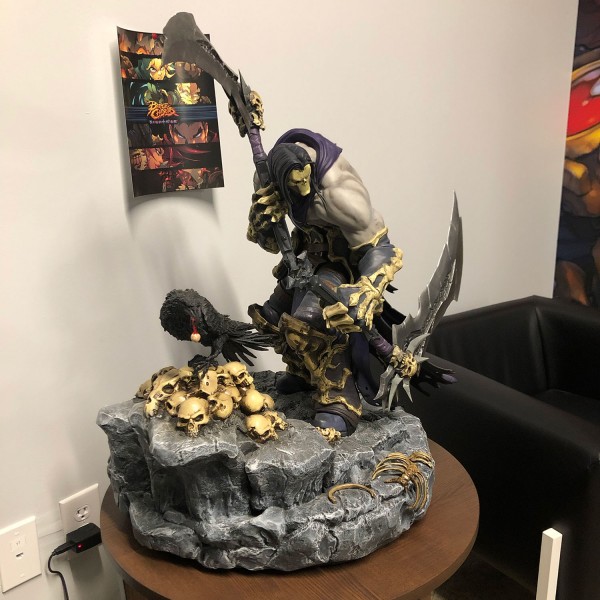 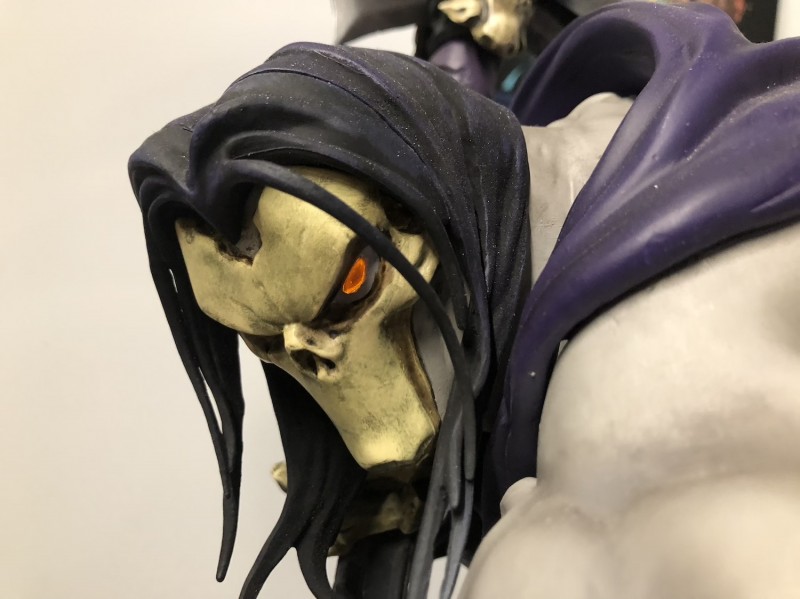 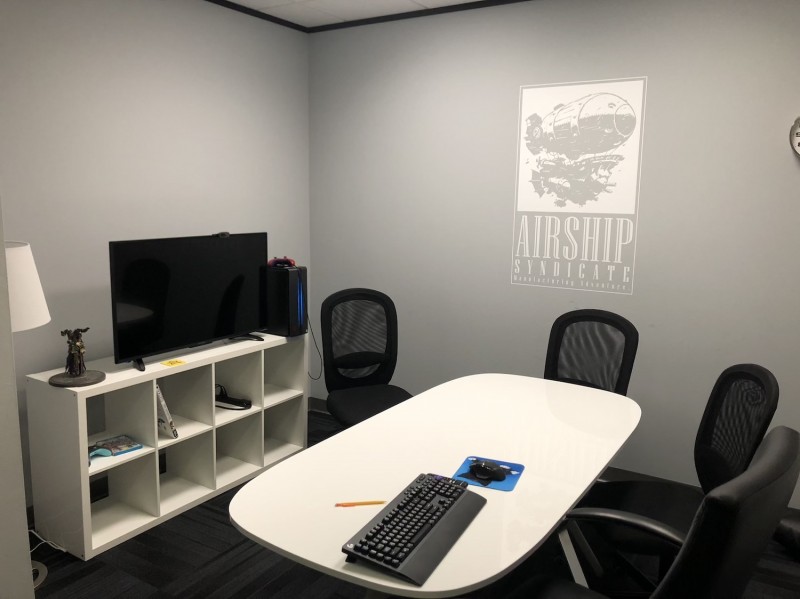 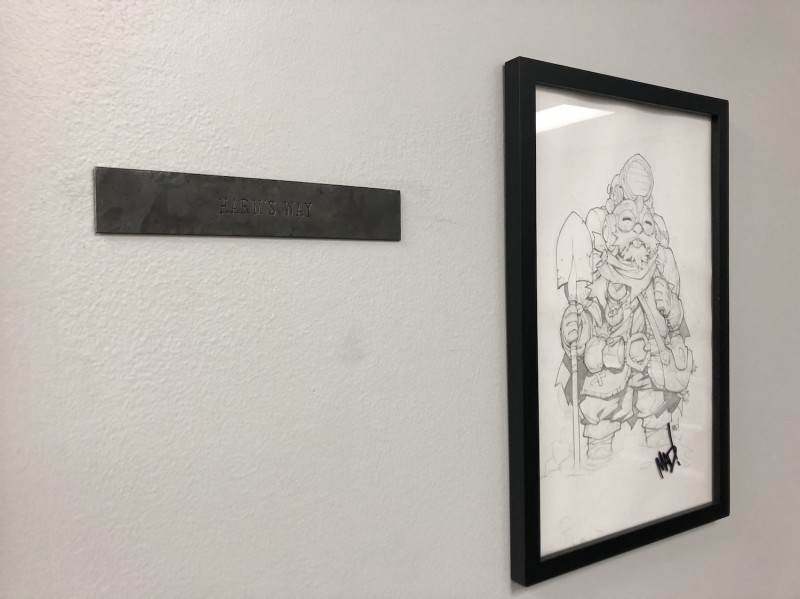 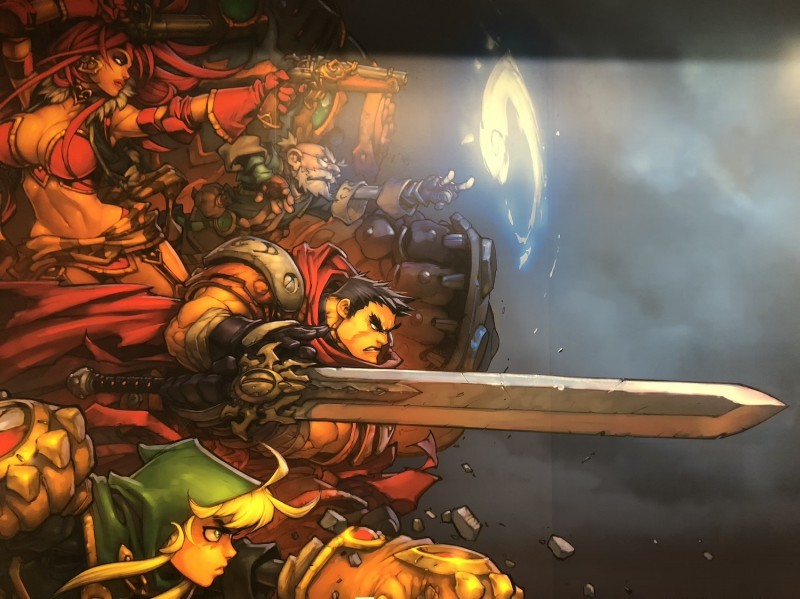 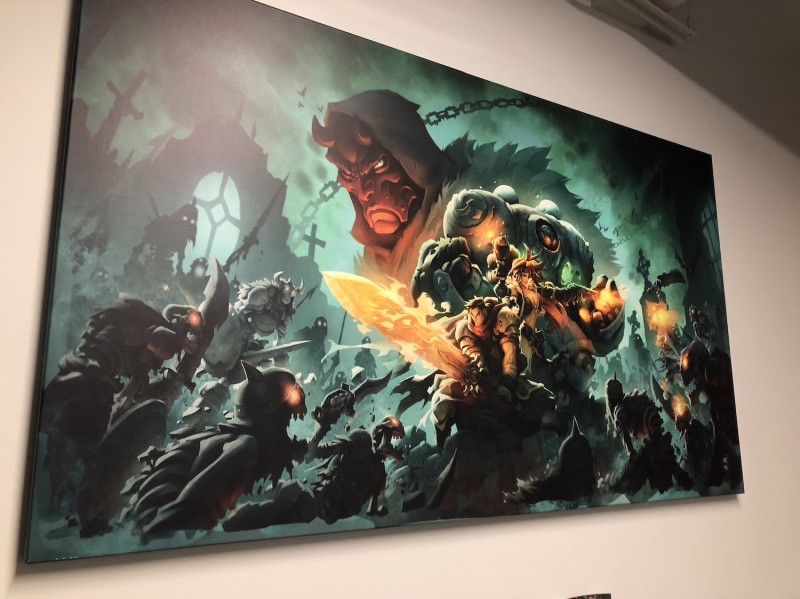 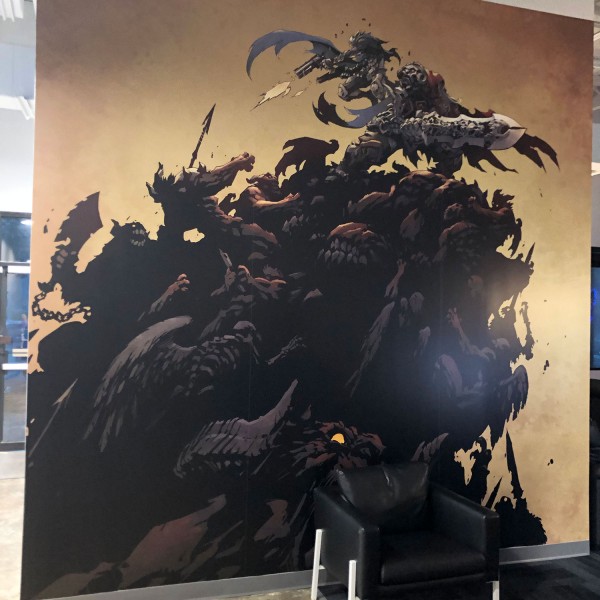 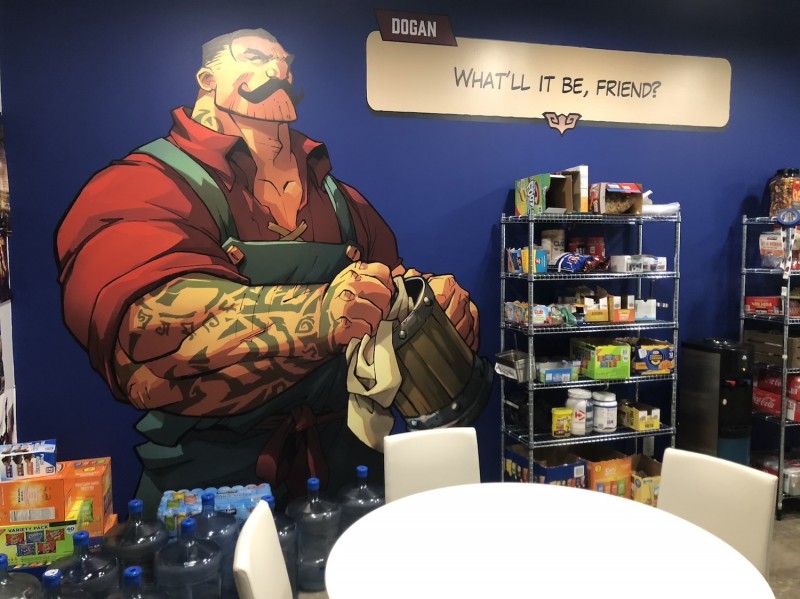 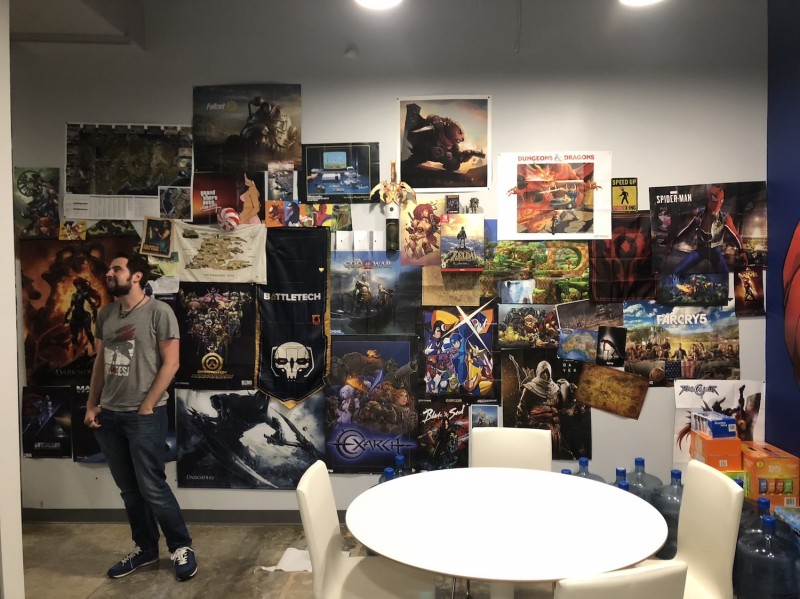 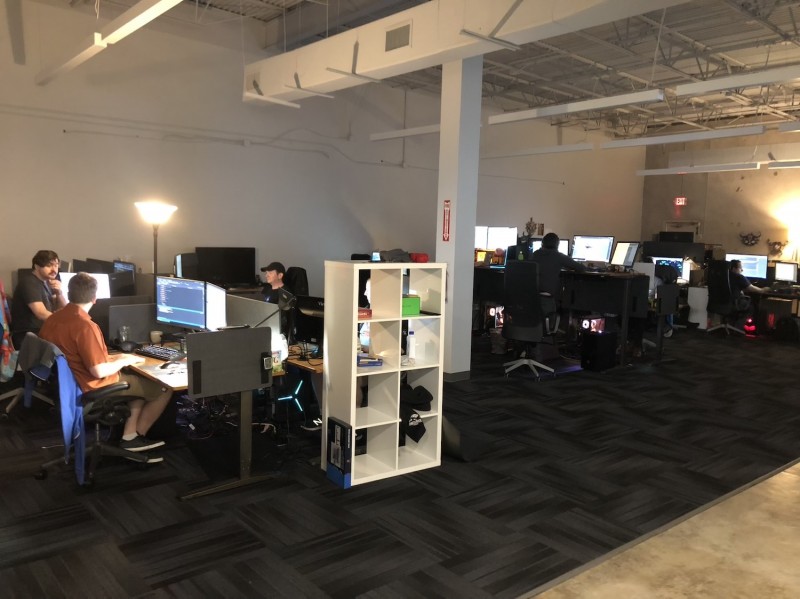 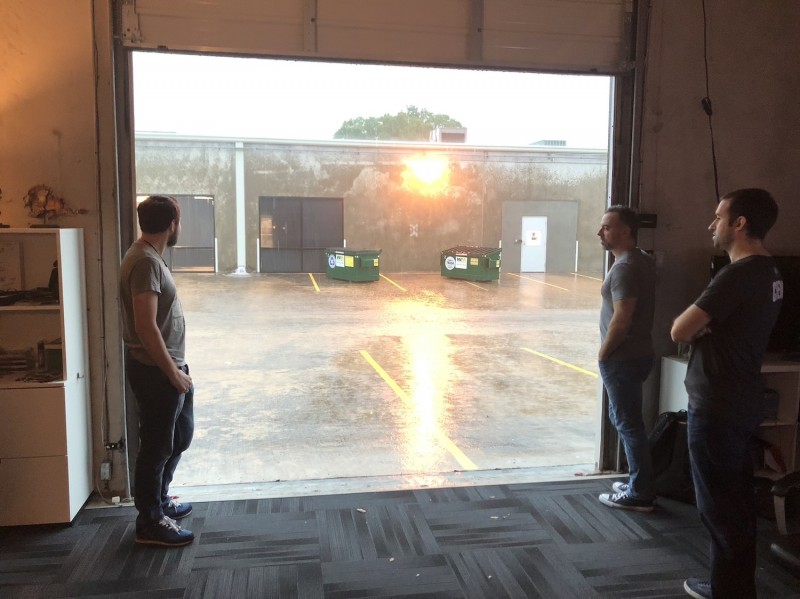 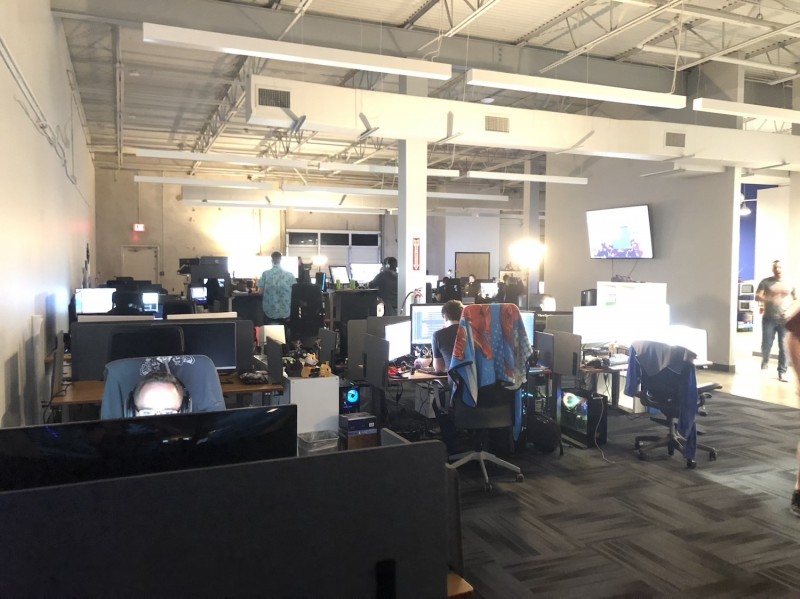 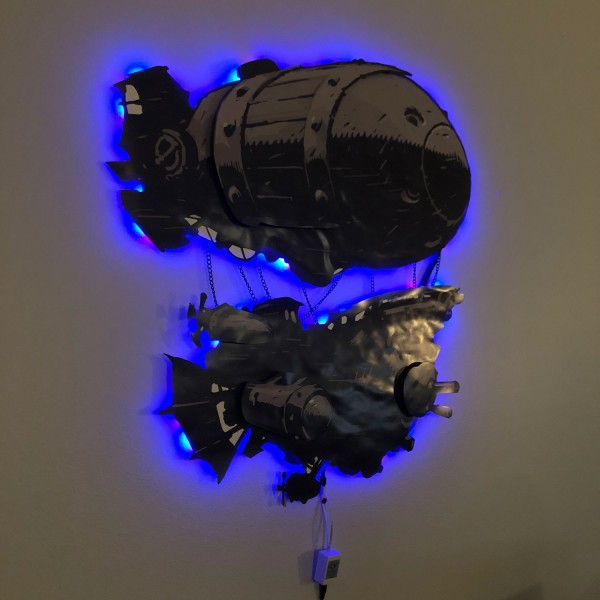 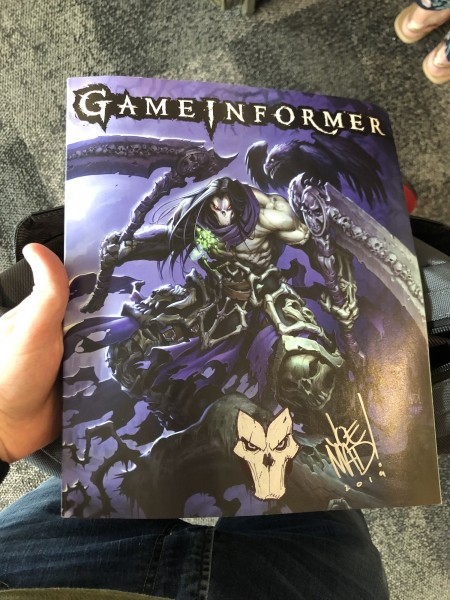 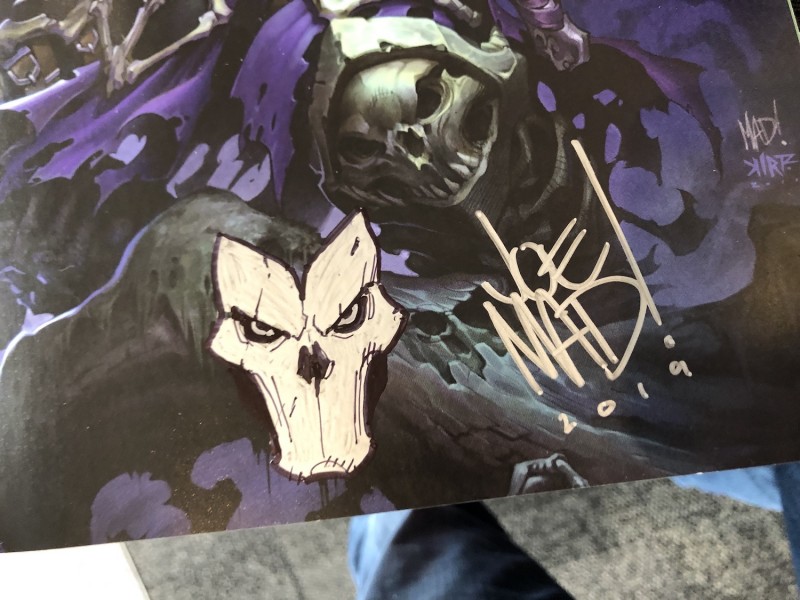