A Smash Bros. Primer On Banjo And Kazooie

Smash Bros. fans rejoice, for our wishes have come true! After long last, Banjo and Kazooie has been formally announced as a DLC character in Nintendo’s massive fighting franchise, alongside Dragon Quest’s Hero. The bear and bird duo have been consistently voted into top three most-wanted Smash characters in community polls, but the outlook was grim. The problem was, Banjo-Kazooie was in Microsoft’s pocket after it purchased the developer Rare. Finally, after the budding friendship between Microsoft and Nintendo grew, Banjo and Kazooie will be returning to a Nintendo console for the first time in 19 years (not counting the handhelds, of course). So just who are Banjo and Kazooie, and why should you be excited? If you have never played the classic 3D-platformer, we’ve got you covered. Here is everything you need to know to become a proper Banjo Kazooie main. 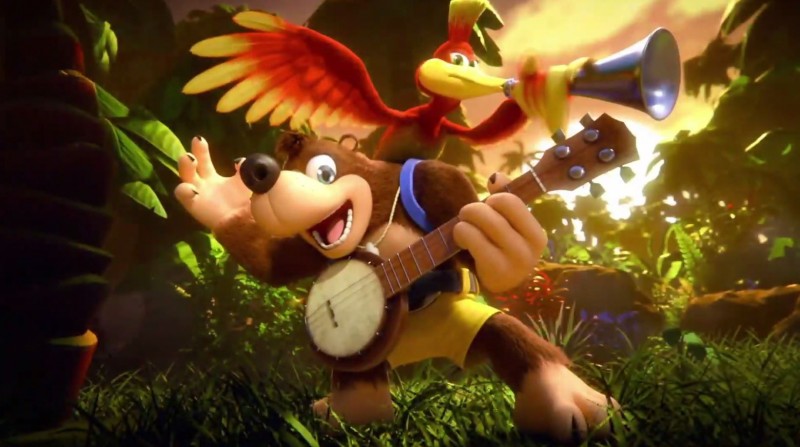 Who Are Banjo And Kazooie?

Banjo began his career in 1997, racing against Nintendo mascots in Diddy Kong Racing. While this won’t be the last time Banjo races against iconic mascots in a kart racer, it will be the last time he appears without his best friend, the red-crested breegull Kazooie. Kazooie, who lives in Banjo’s backpack for reasons that shall go unexplained, is the perfect companion to Banjo in many ways. Banjo is easy-going and laid back, Kazooie is grumpy and ill-tempered. Banjo can run, Kazooie can fly. Banjo plays the banjo, Kazooie plays the kazoo, you get the point.

Their journey begins when an evil witch who speaks only in rhyme, Gruntilda, kidnaps Banjo’s sister Tooty. The pair embarks on an epic quest of rescue that leads them to beaches, mountains, and swamps to defeat the old hag. The two use Kazooie’s power of flight and egg-shooting ability and Banjo’s… you know… carrying the backpack.The two can also use the magic of allies to transform into various animals and objects with various abilities, including termites, dinosaurs, and pumpkins. The Banjo-Kazooie games are collectathons, in which the pair collect puzzle pieces, musical notes, and Jinjos – a race of creatures the Banjo and Kazooie rescue so that they can help in boss fights – to help them reach their final goal.

After rescuing Tooty, the bear and bird are pestered by and defeat Gruntilda no less than three more times, 3D platforming until 2000, when Microsoft bought the studio behind the games, Rare. Rare would go on to make one more Banjo-Kazooie title under Microsoft, called Banjo-Kazooie: Nuts and Bolts. This game took away most of the pair’s abilities in favor of a car-building system, in which Banjo and Kazooie have gotten lazy and out of shape in the interim. What better way to get back into shape after all these years, than fighting Mario, Bayonetta, Joker, and the rest of the Smash roster? 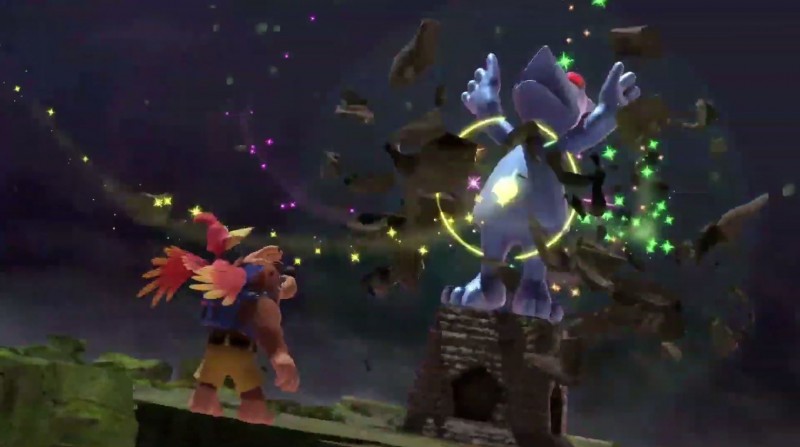 What Are Banjo And Kazooie’s Moves?

As can be expected from the bait-and-switch in the reveal trailer, Banjo and Kazooie function similarly to Duck Hunt, with the two work together as one character. Many moves from the original platformer are represented in the Smash moveset, including Kazooie’s egg-shooting ability and her power of flight (here turned into a powerful ram attack). In terms of delegating responsibilities, it seems Banjo and his brute for are responsible for most of the standard smash attacks while Kazooie handles the special attacks. Aside from flying, dashing, and shooting eggs, Kazooie also carries Banjo for a quicker dash and lays grenades that can be picked up and thrown. Banjo, on the other hand, can wield Kazooie as a blunt object, swinging her down for some major knockback.

In terms of a final smash, Banjo and Kazooie summon the jinjos to slash and blast whatever poor fool happened to get caught in the crossfire, ending with a final, massive blow from an enormous jinjo. Jinjos have helped the bear and bird with major fights in the past, and the final smash is a great way to pay respects to the earlier games. 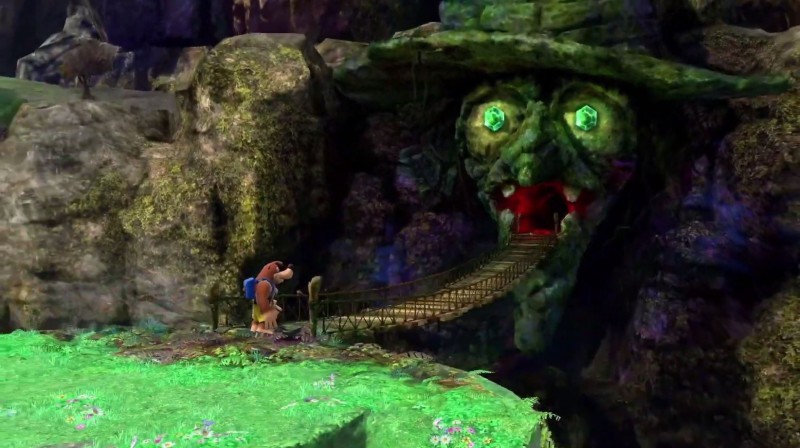 What About The Stage?

The Banjo-Kazooie stage comes in the form of Spiral Mountain, the first level of the original Banjo-Kazooie game on the Nintendo 64. It is beautifully rendered in the fighting game, showing off all of the major landmarks, including Banjo and Tooty’s house in the background and Gruntilda’s lair in the mountain wall. Gruntilda will also feature as a fixture on the stage, flying around on her broom and possibly appearing as a stage hazard as well. Uniquely, the stage also seems to rotate while players are fighting on top, giving a full view of the mountain valley.

The stage, from what has been shown, does look a little small. There is the possibility teased in the reveal trailer that a bridge will appear and disappear connecting Spiral Mountain to Gruntilda’s lair, expanding the battlefield in that way.

Banjo and Kazooie are were a major fixture in Nintendo history, and it’s really good to see the bear and bird back in action. If you’re tired of the regular Ultimate roster, prepare to give Banjo and Kazooie a shot.

For more on Smash, check out the Dragon Quest Hero DLC announcement or our review of Super Smash Bros. Ultimate.