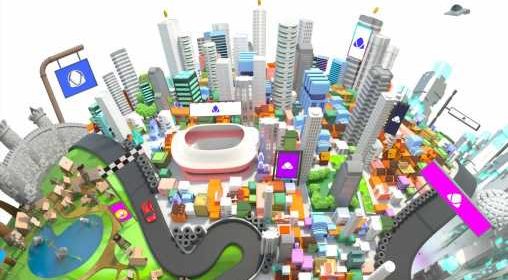 For companies to realise their lofty metaverse ambitions they’ll not only need to spend money and hire plenty of staff they’ll also need to encourage the creative community to get involved. This requires the ability to offer different revenue streams, of which advertising is going to play an important role. This week, In-Play monetization company Admix announced the completion of a new $25 million funding round to help it scale and meet that demand.

The Series B funding round was led by Elefund and DIP Capital, with participation from Force Over Mass, Notion Capital, Speedinvest, Rocket Capital, Colopl Next, Sure Valley Ventures and Sidedoor Ventures as well as growth investor Kuvi Capital. The round brings Admix’s total funding to date to $37 million.

Unlike mobile a lot of mobile ads which pop up and become intrusive, Admix’s solution allows both virtual reality (VR) and non-VR Unity developers to integrate ads into their videogames – think billboards on the side of a building. This way developers can make free-to-play titles whilst still being able to make money.

“This funding round validates the incredible hard work which the entire team has worked so tirelessly to reach. We see the internet entering a new stage: Web 3.0 or the metaverse, characterised by real-time 3D interactions and a new creator economy, spearheaded by the video games industry,” said Admix CEO Samuel Huber in a statement. “We are establishing In-Play as the monetization layer for gaming and the metaverse. While many players in our industry are essentially agencies, Admix is building critical infrastructure for creators to monetize their content in the best way possible.”

“Sam and Joe are exactly the type of founders we want to work with at Elefund. They created Admix and In-Play with their incredible vision for the future of digital gaming, and we believe that they will continue to play a significant role in shaping how consumers and businesses exist and interact in what the world will come to know as the metaverse,” Serik Kaldykulov, Founder and Managing Partner at Elefund adds.

In the VR space, Admix isn’t the only one looking to place non-intrusive advertising into videogames. Facebook was slightly more controversial in its approach by testing VR ads in Resolution Games’ PvP shooter Blaston during the summer. This was quickly reversed by the developer after fans complained about ads being in a game they had paid for.

For further updates on how creators are going to monetise the metaverse, keep reading VRFocus.

Disclosure: Admix is the parent company of VRFocus. VRFocus retains its editorial independence.