Age Of Empires 3: Definitive Edition Preview – How To Age Up Like A Pro

I’m beginning to suspect I might be bad at this game.

Don’t get me wrong – I played over one hundred hours of Age Of Empires 3 when it first released back in 2005. Most of that time was spent in multiplayer sessions, battling with people across the world in pseudo-historical battles. I thought I was pretty good. I thought playing multiplayer in Age Of Empires 3: Definitive Edition would be as easy as getting back on a bike.

I may have been mistaken.

What Is Age Of Empires 3 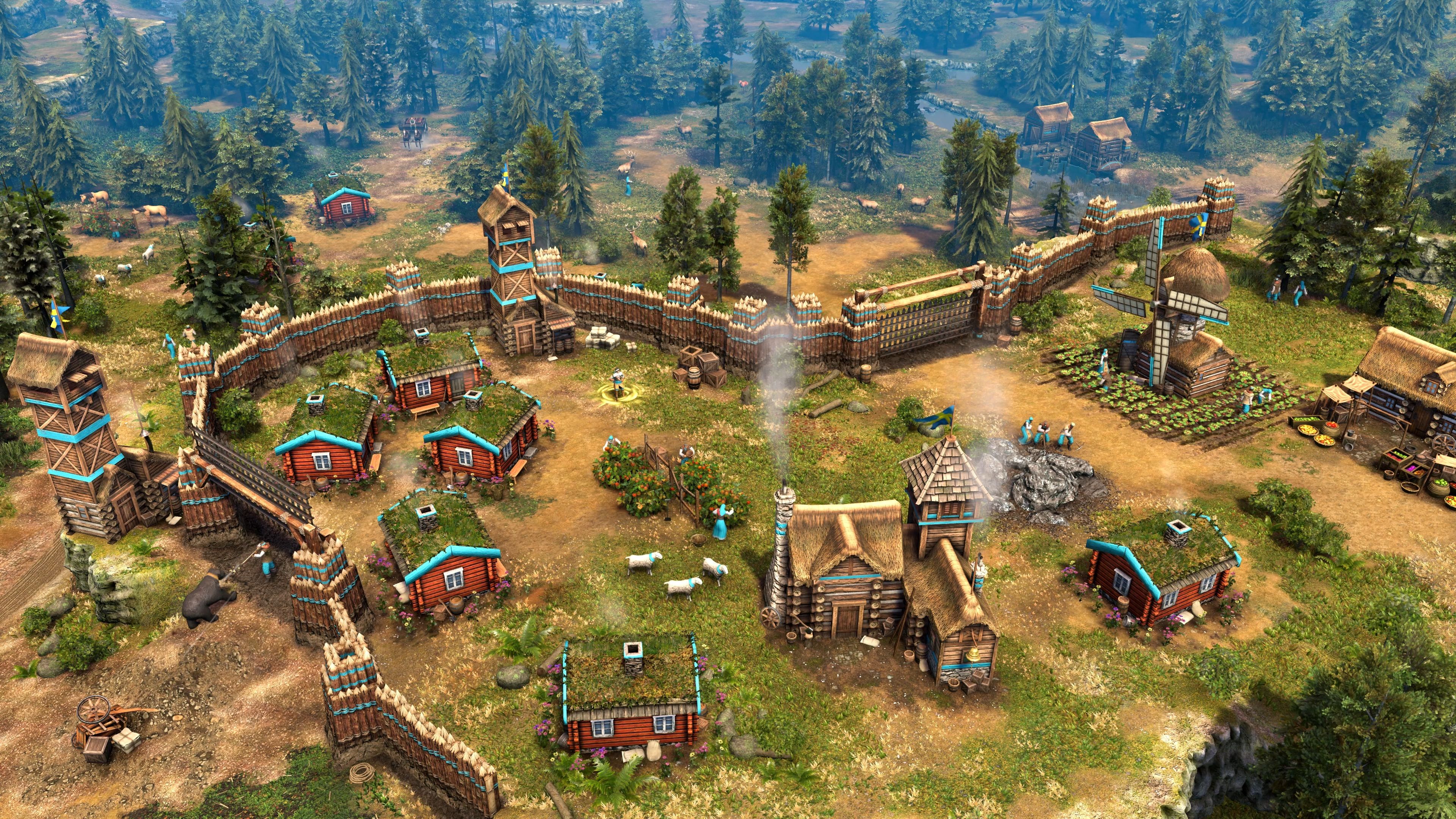 Age Of Empires 3: Definitive Edition is the modern update to the 2005 strategy smash hit, including its two expansions (The War Chiefs and The Asian Dynasties) and few more additions. The original game sought to modernize the Age Of Empires formula – updating the setting, streamlining the resource mechanics, adding another strategic layer to the game. Definitive Edition brings it into 2020 with a sleeker user interface, better graphics, and updated indigenous peoples representation, among other things.

For those completely new to game, or even the series, Age Of Empires is a historical real-time strategy game. Age 3 is set in the era of European powers colonizing the Americas – a fraught setting, to say the least. Players pick one faction among many to play as; a game begins with nought but a town center from which to train villagers, who go out and harvest resources and construct new buildings for you. Eventually, you’ll age up – spending a stockpile of resources to move from one technological era to the next – and start producing military units to go into battle with your opponents. Combat has a certain rock-paper-scissors feel to it – melee infantry, such as pikemen, are good against cavalry; cavalry are good against ranged infantry; ranged infantry are good against melee infantry, and so on.

Age Of Empires 3 added a Home City to the formula. Your Home City periodically sends you shipments – be they resources, units, or technological upgrades – as you complete certain tasks. Just about everything provides points towards your next shipment, from building units to… well, destroying units. This leads to very satisfying situations, like seeing a half-dozen little “+10″s in your team colour fly up as your cannons land a particularly well-placed shot in the enemy ranks. Your Home City, and the “deck” of cards you receive shipments based on, is customizable outside of the game.

There are three good-sized single-player campaigns to play through, as well as the afore-mentioned multiplayer, where many players will spend a majority of their time.

The Definitive Edition includes all the old content, and adds two new factions – the Swedes and the Incans – in addition to new single-player content. 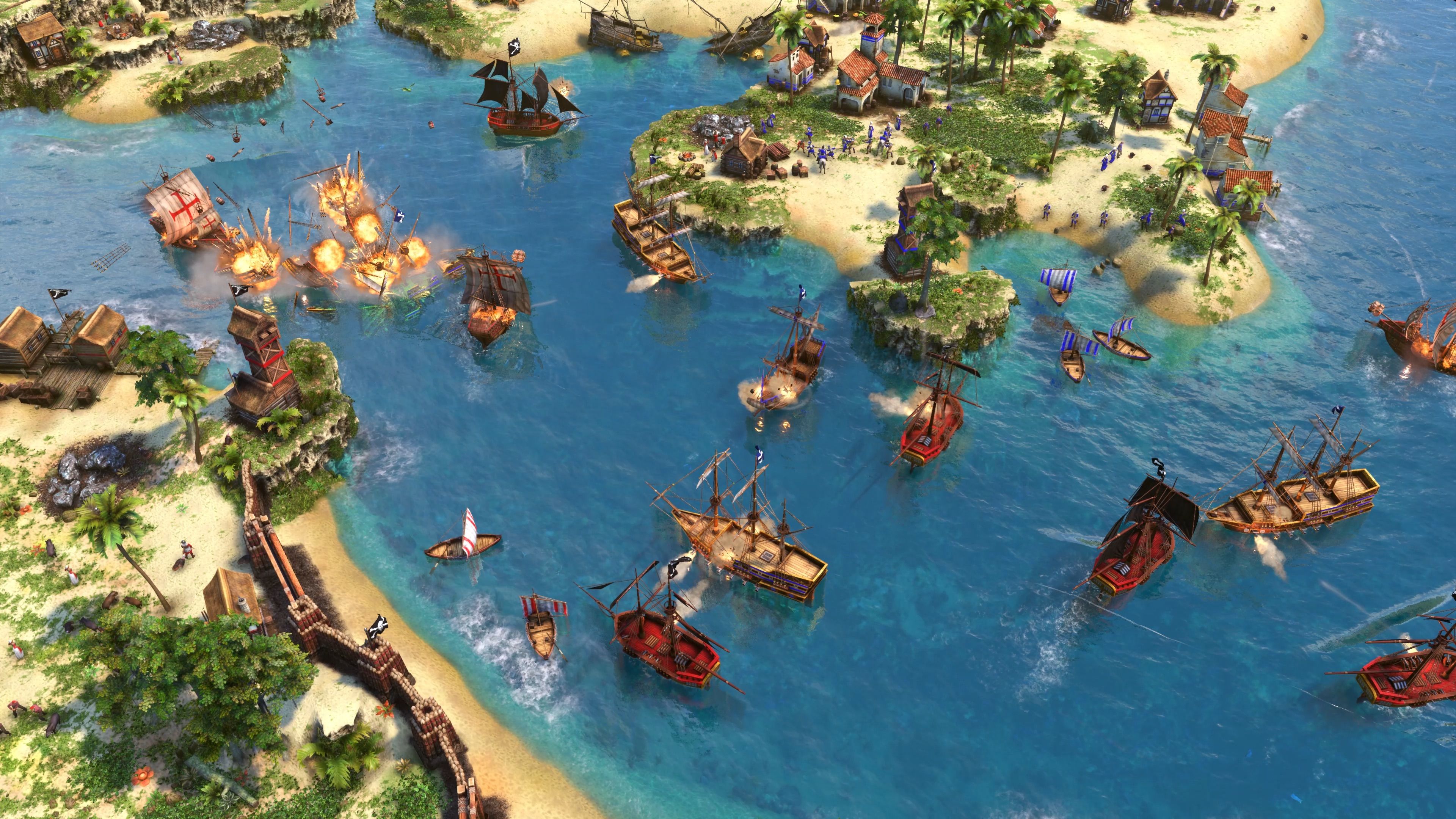 I’ve put about a dozen hours into the preview build of Definitive edition and, so far, so Age 3. It feels the same to play while looking quite a bit better. There are few, if any, mechanical changes to the gameplay, and that’s to the remaster’s credit; these are simply surface-level changes to an already great game. Those familiar with the series will feel right at home; those new to it shouldn’t have any trouble, either – and if they do, there is the helpful new Art Of War mode to get them settled in.

That new mode isn’t just good news for newcomers; it can also provide a slight challenge to old-timers. Even as an experienced player, I couldn’t reliably get “gold” medals on all the challenges. For those looking for something tougher, there are also the Historical Battles, based on real events. Only one was available in the preview build, but it was constructed like one of the better-quality campaign missions.

In fact, the game looks the way I remember Age Of Empires 3 looking back in 2005, when it was the best-looking strategy game on the market. I was impressed then, and I am now.

But back to those multiplayer games. Yes, I keep losing. Yes, I’m being called some imaginative names as I lose. But despite that, I’m going to miss the multiplayer stress test when it’s over, and I’m eager for the final release.