The tabletop Alien Roleplaying Game recently won a Gold Ennie Award for Best Game and a People’s Choice Award at the UK Games Expo! So what better way to celebrate than with the launch of a new Starter Set and Cinematic Adventure, Destroyer of Worlds!

It’s been less than a year since the Alien Roleplaying Game launched to much fanfare. And boy was it deserved. The 392-page core rulebook is full of Alien goodies that explore the wider universe, not just that of the movies and comic books. The creators of the game did an outstanding job of capturing the cinematic grandeur for play within the theater of the mind. With the Cinematic Adventures, rather than creating your own character, you take on the role of a pre-created character, and the tactile touch of in-game items is always fun.

The first of the new releases is Starter Set that contains a 104-page abridged edition of the core rules that is more than ample at getting you and friends donned up in your tactical gear and out on the Xenomorph hunt! As with most starter sets, you get a GM’s screen, ten d6 dice, markers, character handouts, and equipment reference cards, and an initiative deck. Also included is a huge impressive-looking star map that will no doubt be useful for your future adventures. The first Cinematic Campaign is also included which will get new players up to speed and ready for Destroyer of Worlds. 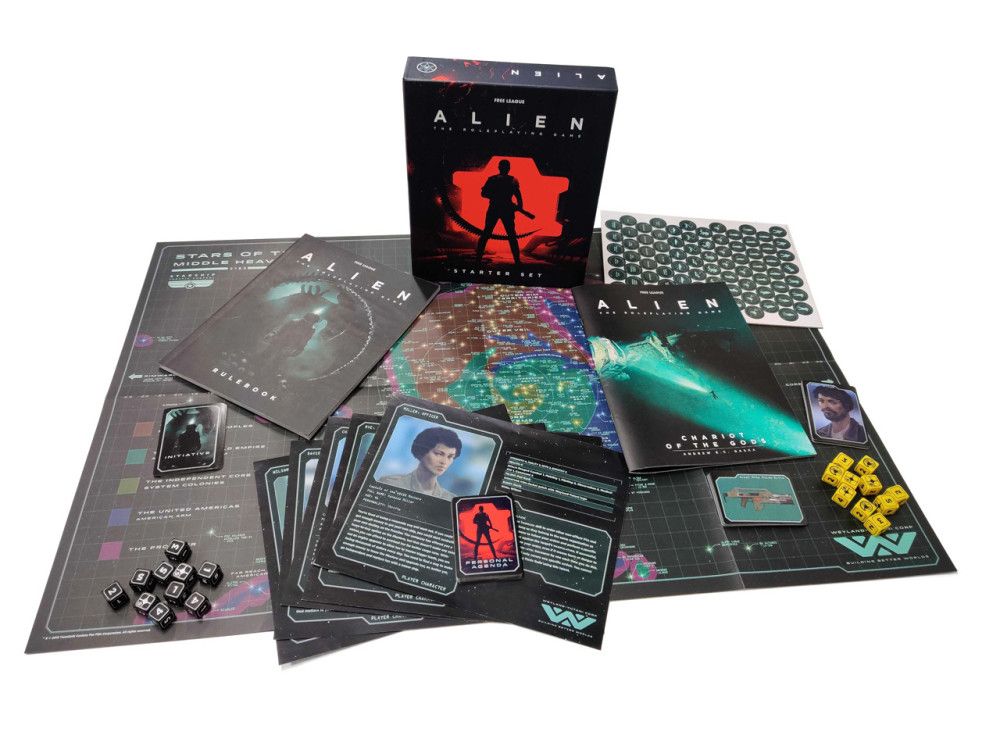 Destroyer of Worlds is the second Cinematic Adventure and like the first has been written by acclaimed Sci-Fi writer Andrew E.C. Gaska. Enclosed is the Destroyer of Worlds scenario book, a double-sided map with 5 pre-generated characters to play. Players will receive reference cards for weapons and vehicles as well as player maps and handouts as they progress through the adventure. The only downside for these adventures is that they will usually take more than one session to play, with this one expected to take a minimum of three sessions depending upon how long you play for.

You can grab the Alien Roleplaying Game Starter Set and Destroyer of Worlds from the Free League Publishing website or a digital copy is available from DriveThruRPG.