The acquisition will help AMD stay competitive with archrival Intel in the datacenter, where programmable chips have become increasingly popular. It also follows a trend for increasing consolidation in the chip industry, where Nvidia is acquiring Arm for $40 billion. (Intel bought Xilinx’s rival in programmable chips, Altera, for $16.7 billion in 2015).

AMD reported third-quarter adjusted earnings per share of 41 cents on revenue of $2.8 billion, up from 18 cents and $1.8 billion for the same quarter a year earlier. Analysts had expected 35 cents per share in earnings and $2.56 billion in revenues.

Shares of AMD fell 3.5% in trading on Tuesday morning, while shares of Xilinx rose 9%. That pattern is typical in acquisition deals.

“Our acquisition of Xilinx marks the next leg in our journey to establish AMD as the industry’s high performance computing leader and partner of choice for the largest and most important technology companies in the world,” said Lisa Su, CEO of AMD, in a statement. “This is truly a compelling combination that will create significant value for all stakeholders, including AMD and Xilinx shareholders who will benefit from the future growth and upside potential of the combined company. The Xilinx team is one of the strongest in the industry and we are thrilled to welcome them to the AMD family. By combining our world-class engineering teams and deep domain expertise, we will create an industry leader with the vision, talent and scale to define the future of high performance computing.” 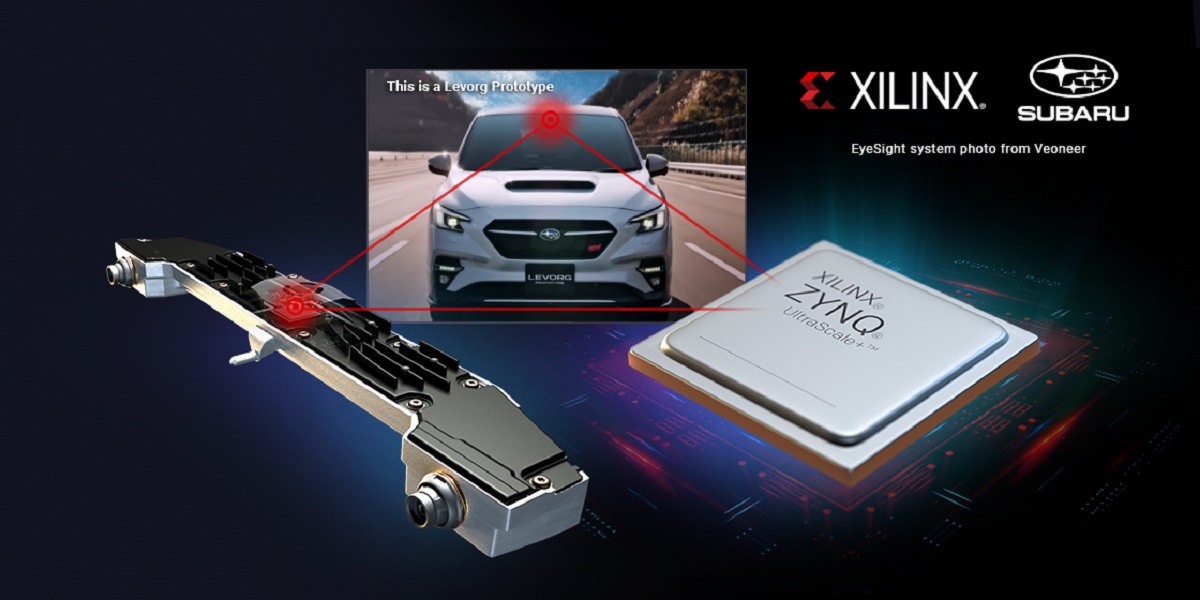 Above: Xilinx’s Zynq programmable chips are used in the Subaru Levorg.

Xilinx shareholders will get 1.7234 shares of AMD common stock for each share of Xilinx common stock that they own. That amounts to $143 a share for Xilinx stock, which has been trading under $125. While AMD has a lot less cash than rival Intel, its stock price has had a big run as it gained market share during the past couple of years with its Zen and Zen 2 chip designs. AMD’s stock price has tripled since the spring of 2018.

This quarter, AMD is shipping its next-generation server chips, code-named Milan, to cloud customers. Xilinx is in the midst of a product renewal with its programmable Versal ACAP chips, which help datacenters deal with with a tsunami of computing demands from artificial intelligence.

Over time, AMD expects to save $300 million via streamlining costs in the first 18 months after the approval of the acquisition. That may mean lower costs through layoffs, but the company didn’t spell that out. AMD expects the deal will close by the end of 2021.

“AMD’s intent to acquire Xilinx is a bold move that I think makes sense and caps off an incredible run by AMD,” said Patrick Moorhead, an analyst at Moor Insights & Strategy, in an email to VentureBeat. “I believe AMD will continue to organically grow with or without this acquisition, as hopefully evidenced by its monster Q3, its upward guide, and roadmap.”

He added, “I do think AMD has a brighter, long-term future with Xilinx as it creates a larger entity that is more diversified across different markets and products while leveraging similar technologies. While I was more excited by its long-term possibilities, I am now equally impressed by its day one accretion and look forward to getting more details on its short-term leverage.”

For the third quarter, AMD reported $1.67 billion in revenue from computing and graphics, up 31% from a year earlier. It reported $1.13 billion in revenue for its enterprise, embedded, and semi-custom chip division. That’s up 116%, in part because AMD is supplying chips to the Microsoft and Sony game consoles launching in November.