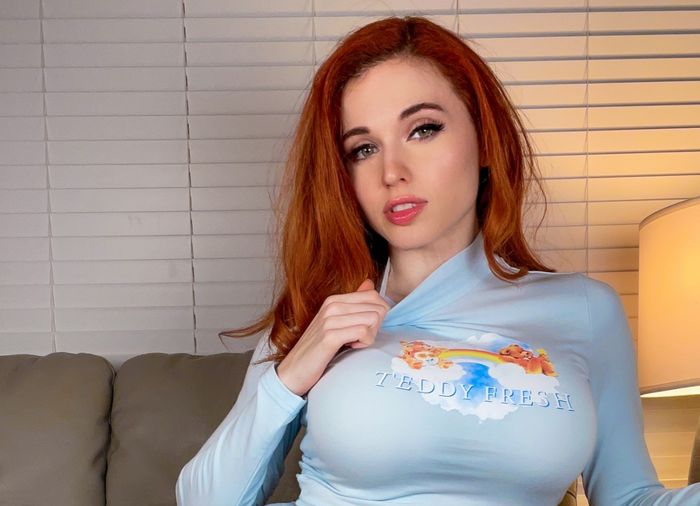 Maybe don’t expect any hot tub streams from Amouranth for a while, as her tub has exploded and taken out her streaming room.

While hot tub streams are long past their peak, there’re still around and remain popular enough among some streamers, including Kaitlyn ‘Amouranth’ Siragusa.

Unfortunately for her and her fans, it doesn’t sound like she’ll be able to do one of any time soon, because said hot tub has exploded.

Not only that, but it exploded in the room where she streams. We don’t know the extent of the damage, but it certainly can’t be pretty and will likely cost a hefty sum to fix.

The incident happened yesterday, but Amouranth only confirmed it earlier today after cryptically posting ‘Something terrible has happened’ on Twitter, inspiring plenty of anxiety in her fans.

What caused the tub to explode isn’t known, but it doesn’t sound as if Amouranth herself or anyone else was in the room at the time, thankfully, so there are no injuries.

Amouranth plans to share pictures of the damage later. She hasn’t said if and/or how this will affect her streaming schedule, since it’s unclear whether any of her equipment besides the hot tub has been destroyed as well.

Even if all her other equipment is fine, it won’t be cheap to repair the room. With how upfront Amouranth has been about her finances, however, we can’t imagine repairs will put too much of a dent in her wallet.

She used to make over a $1 million a month selling nude photos on OnlyFans, which she gave up doing earlier this year.

She’s also financially comfortable enough to splash out on multiple investments, from Amazon to petrol stations, and she even announced she was buying a private jet back in May.

My hot tub exploded and destroyed my streaming room