Animal Crossing: New Horizons has some quirks when sharing a digital copy

Animal Crossing: New Horizons is an excellent entry in Nintendo’s long-running social simulator series. But now that the franchise is on Switch, it has some weird quirks in how its ownership rights work that many players will want to know about. Most notably, if you are sharing a digital library across two Switch systems, you can play the game at the same time. But there are a number of significant caveats to keep in mind.

When the Switch Lite launched in September, I wrote about how sharing digital games between Switch systems works. The quick version is that you can play any digital game that belongs to your account on any Switch. But other accounts can only play your digital games on the system you designate as “Primary.” And that still works for Animal Crossing: New Horizons.

I’ve been playing my main save on the Switch Lite. And then my wife’s account can be playing the same digital copy at the same time on the primary original Switch.

But, of course, things then have to get weird.

As Nintendo has said all along, Animal Crossing: New Horizons locks one island per system. So when I log into Animal Crossing to the original Switch, I am jumping in with a different character onto a different island. And that’s a bit frustrating. I wish I could at least bring my character over from my main save. But that doesn’t work, so how am I supposed to get some of her oranges for my island?

The solution to this problem is maybe obvious to some of you. Why don’t I just open up my wife’s island to visitors and fly my character over a local connection? Ah, yes. Well, I tried that, and this tripped some sort of alarm because I encountered this error message: 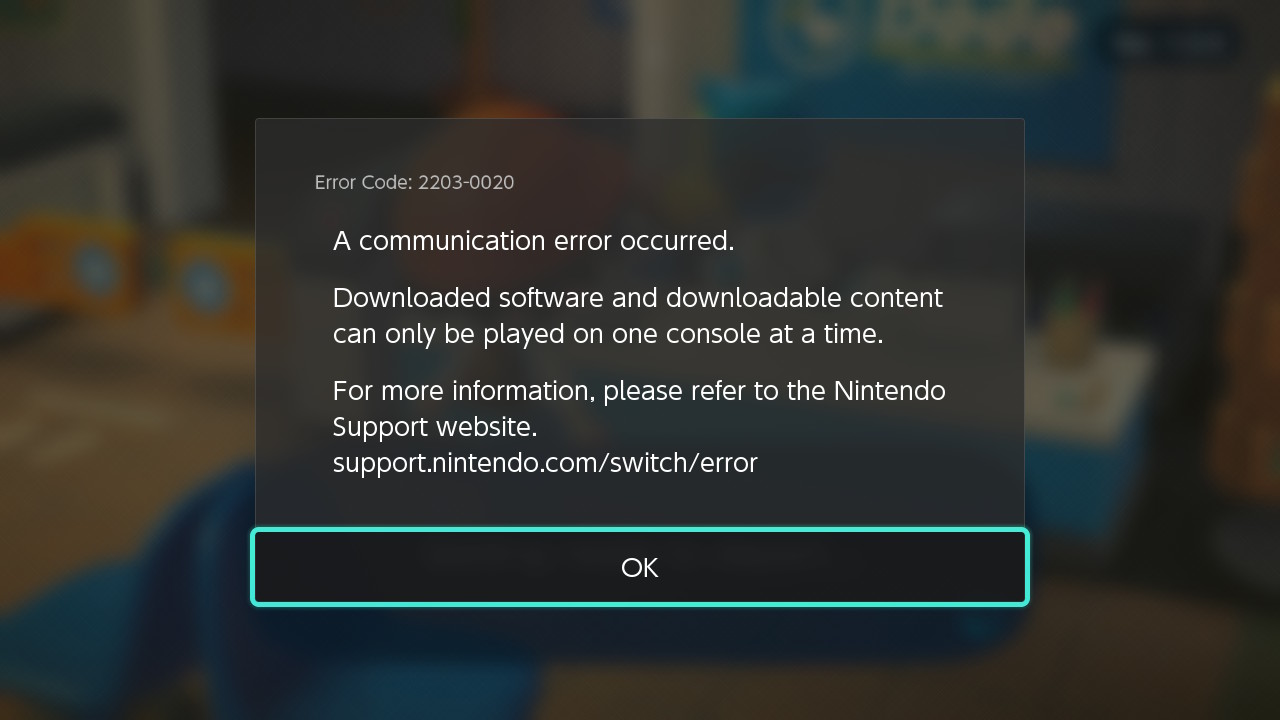 Above: An error message telling me to buy another copy of the game.

To summarize, the message is saying that you can only play a digital copy of a game on one system at a time. Now, that’s not accurate. I’ve played the game on both systems simultaneously without issue. But Nintendo is drawing a hard line at permitting you from using one copy to have two people play together from two system on one island …. I know, it’s confusing.

This likely applies to online play as well, but that feature isn’t available until a day-one patch.

And while this is frustrating, I also understand Nintendo wanting to put some restrictions on how much a single digital copy can do.