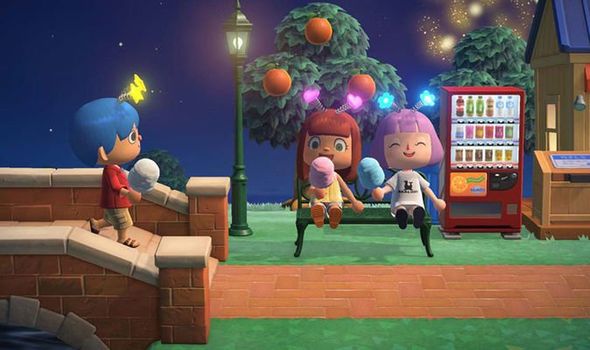 Animal Crossing New Horizons update 1.11 will be out soon. The release of the upcoming Animal Crossing patch was announced by Nintendo social accounts on Tuesday, with the 1.11 download having a Thursday July 29 release for gamers in the UK and Europe. The new Animal Crossing update will add weekly fireworks shows as well as new seasonal items.

Announcing the update 1.11 patch, the @NintendoEurope Twitter posted: “A free update for #AnimalCrossingNewHorizons arrives on 29/07. Please ensure you have updated to the latest version to enjoy the upcoming weekly Fireworks shows and new seasonal items.”

The account went on to add: “In addition to these updates, more free content for #AnimalCrossingNewHorizons is currently in development for later this year. More information will be shared in the future, so please stay tuned. Thank you for your support and patience.”

A launch time for the Animal Crossing New Horizons patch hasn’t been confirmed yet.

However, judging by past releases Animal Crossing New Horizons update 1.11 could be out at the following times…

In terms of what else the update will bring to the table, in a post online Nintendo Wire reported on some inbound new items.

These upcoming Animal Crossing New Horizons items were revealed in an official Japanese news post for the update.

Update 1.11 will add three new items to Redd’s lottery – these items are Cotton Candy, tapioca drinks and a popsicle.

Other seasonal items that will also be added include dango, the cucumber horse and eggplant cow.

Dango is a Japanese dumpling that is made from rice flour which comes in ball shapes and is placed on a wooden stick.

While the cucumber horse and eggplant cow are part of the Japanese Obon festival. This is a buddhist festival which honour the spirits of ancestors.

Both the cucumber horse and eggplant cow sees wooden sticks stuck into the veg, which makes them resemble these animals a bit.

These items will be available on different days on Nook Shopping.

The Animal Crossing Japan news post added that the fireworks show – which is being added with version 1.1 – will take place every Sunday in August.