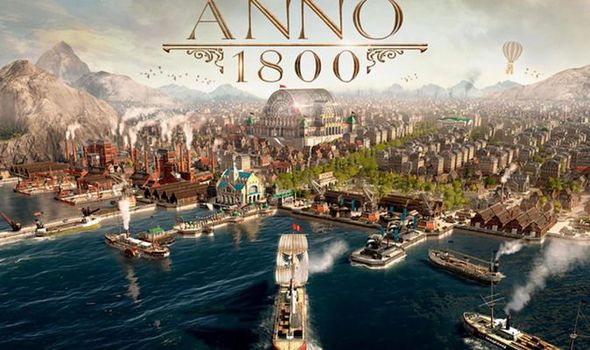 The Anno 1800 open beta is set to be released as a special download on the Epic Game Store in the coming days.

Ubisoft has confirmed that the special demo will be close to the final release version of the game and they have also confirmed date for when fans can preload the game.

It all sounds like pretty good news, but it should be noted that since the Anno 1800 release was changed on the Steam Store, it means that the new open beta will not be available on that platform.

The Anno 1800 open beta download will be going live on April 12, 2019, in the UK and other European countries.

The Anno 1800 open beta will be available to download from Uplay and the Epic Games Store but will not be available on the Steam platform.

This is due to a change in Ubisoft’s launch plans and their partnering up with Epic Games for the release of Anno 1800.

So for gamers in the United States, the game will be available to download slightly earlier, starting on Thursday, April 11, at 8pm, EST.

“You won’t have to register at the Anno Union and can just download the game as soon as the pre-load becomes available from your launcher.

“You will be able to test a near-final version of the game and see the improvements since our Closed Beta for yourself, including access to the Multiplayer mode.

“Moreover, while game progression will again be capped at tier 3, we will for the first time invite you all to get your hands on Anno 1800’s story-based campaign, as the complete first Act will be part of the Open Beta.”

Ubisoft has confirmed that Anno 1800 is available for preload so that you can start playing the open beta straight away.

This option to download the demo version of the game before its official release should be available to everyone via Uplay and Epic Games Store today.

This was announced as an option going live on April 10, and should, therefore, be open to everyone as an option now. 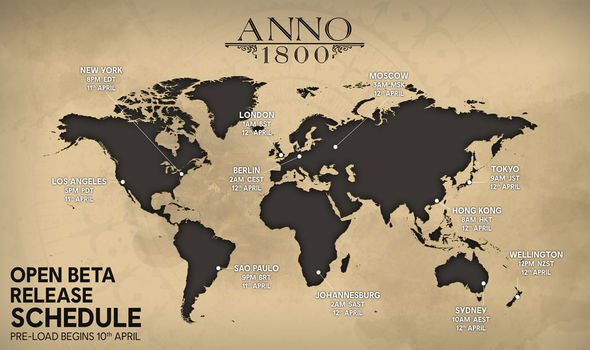 The Anno 1800 Steam release has been complicated by Ubisoft’s decision to switch the game to being a Uplay and Epic Games Store exclusive.

The good news is that if you have pre-ordered the game on Steam, you will still be able to play the game and receive all the extra content and updates.

However, once the game has been released on April 16, 2019, Anno 1800 will only be available to buy digitally on the Ubisoft Store and the Epic Games store.

Pre-orders on Steam can be made until the release of the game, but it doesn’t appear that the open beta will be running on that platform.

Fans don’t have to worry about having a pre-order to play the Anno 1800 open beta, meaning you can grab it later this week off the other stores.

And Steam players don’t need to worry about having a smaller pool of gamers to play with, as they will be able to play online with the same people as Uplay or Epic Games store players.

This is because Anno 1800’s “multiplayer modus” is handled via Uplay regardless of your chosen digital storefront.