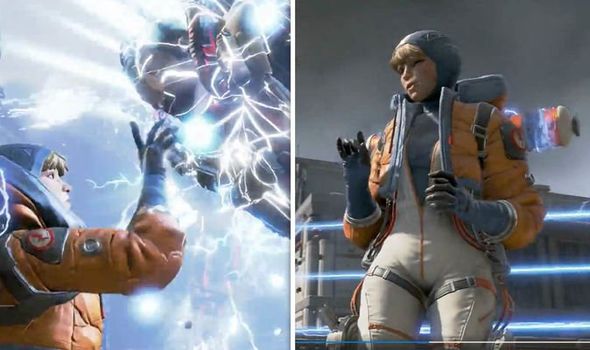 Apex Legends season 2 trailer will be unveiled by EA and Respawn today.

PS4, Xbox One and PC gamers will see the Apex Legends season 2 trailer officially get revealed at 6pm BST on the game’s YouTube.

But ahead of the official reveal a major leak has emerged which details what’s coming in the Apex Legends season 2 Battle Pass.

The leaked Apex Legends season 2 trailer, which was revealed in a post on Reddit, said the new Battle Pass is launching Tuesday July 2.

The Apex Legends leak has not been verified yet, but it does appear to be a very authentic looking promo.

The major changes that were outlined in the trailer are the new Leviathan map changes for Kings Canyon and the hacker-themed new legend Crypto.

The map changes are sparked after a Legend – believed to be Crypto – disables the force field towers that stop the Leviathan creatures from entering Kings Canyon.

This previously happened, but only for a brief time before everything was put back.

But it now looks like even larger creatures will end up destroying parts of the Apex Legends map.

• A brand new weapon (believed to be the L-Star weapon)

Ahead of the official season 2 reveal, Respawn have been teasing what’s coming with the next Battle Pass in-game.

Recently a “crypto laptop” was discovered – it doesn’t appear to do anything at the moment, but is rumoured to play a big role in season 2.

It’s believed that this is the laptop that the new Crypto legend will use to disable the repulsor towers, which lets in the Leviathan creatures.

It’s thought that Wattson will then come to the rescue and use the laptop to reactive the repulsor towers.

The Apex Legends season 2 trailer will officially get revealed at 6pm BST on the game’s official YouTube channel.